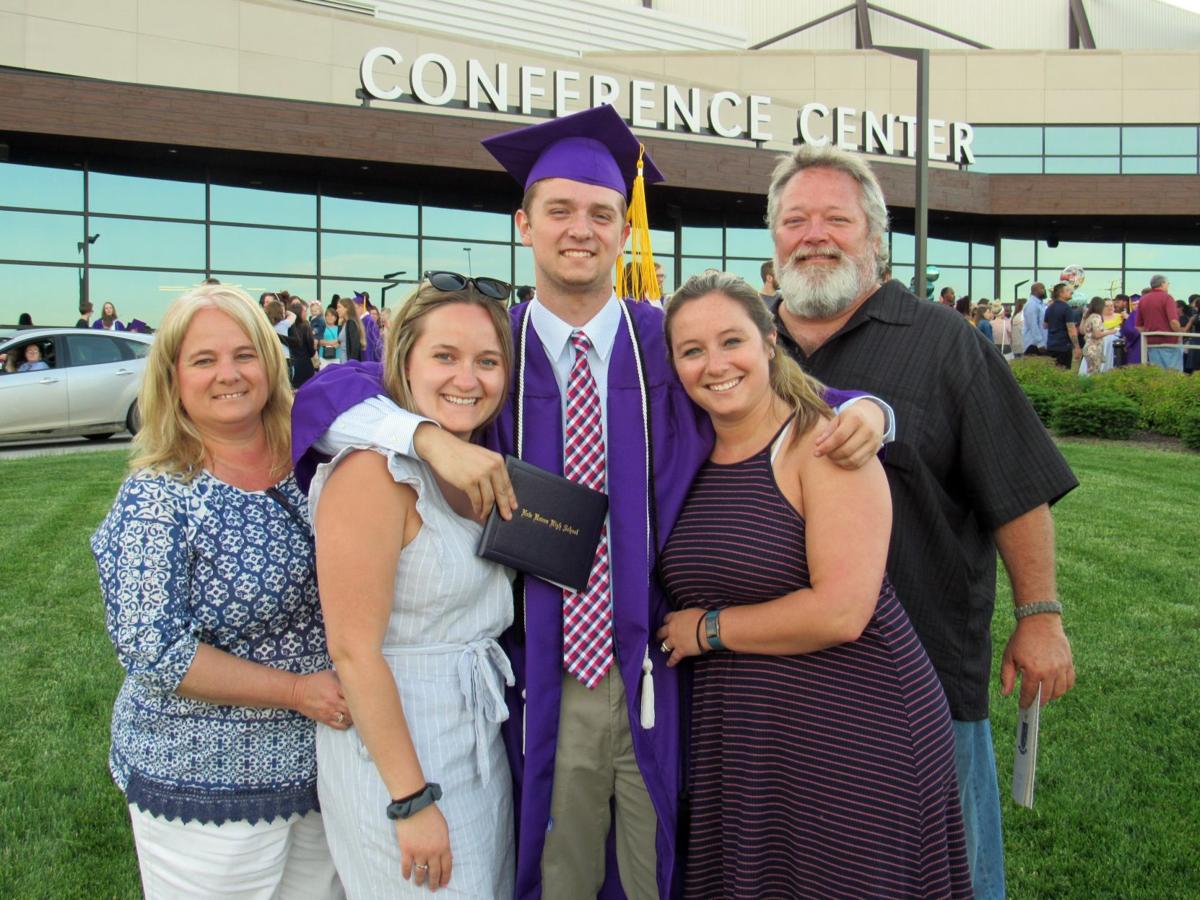 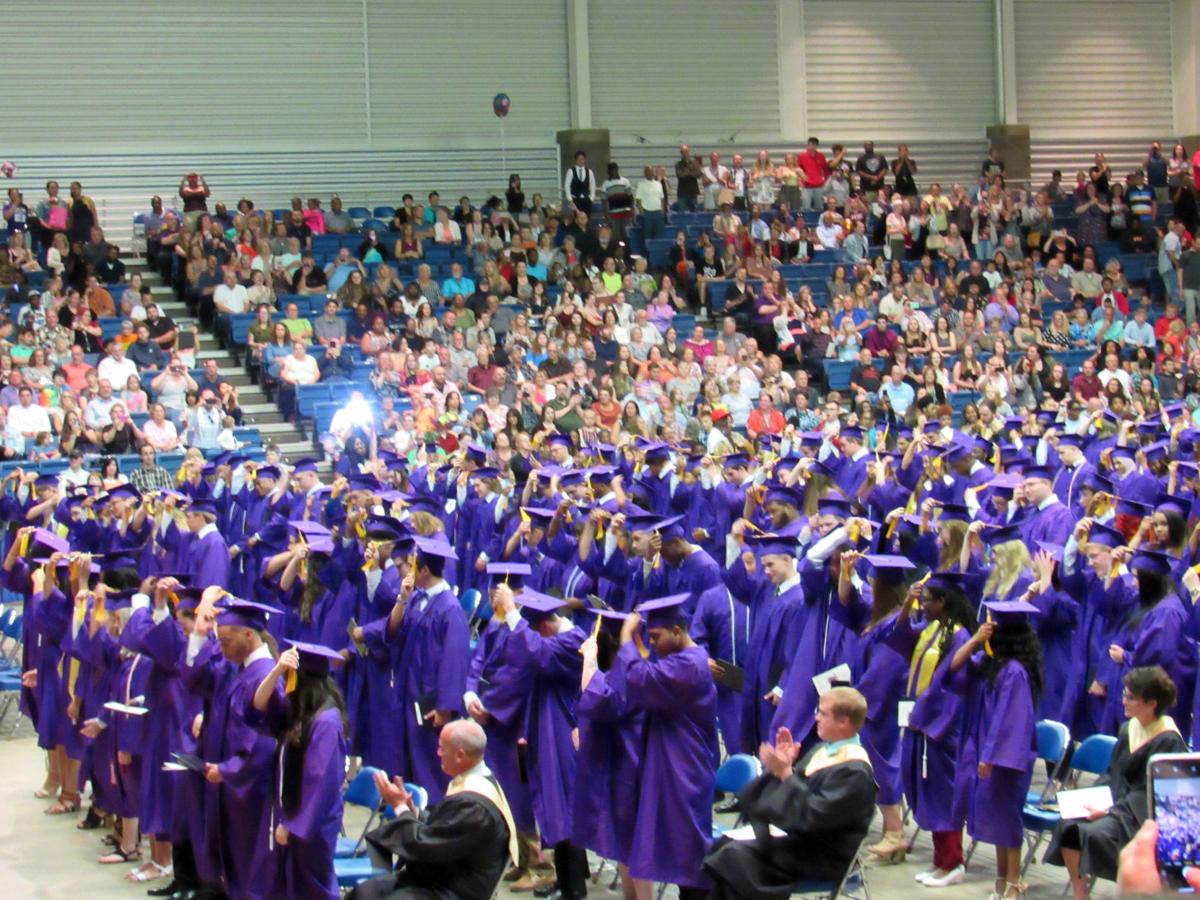 Graduates turn tassels from the right side of their hats to the left signifying they are officially alumni. 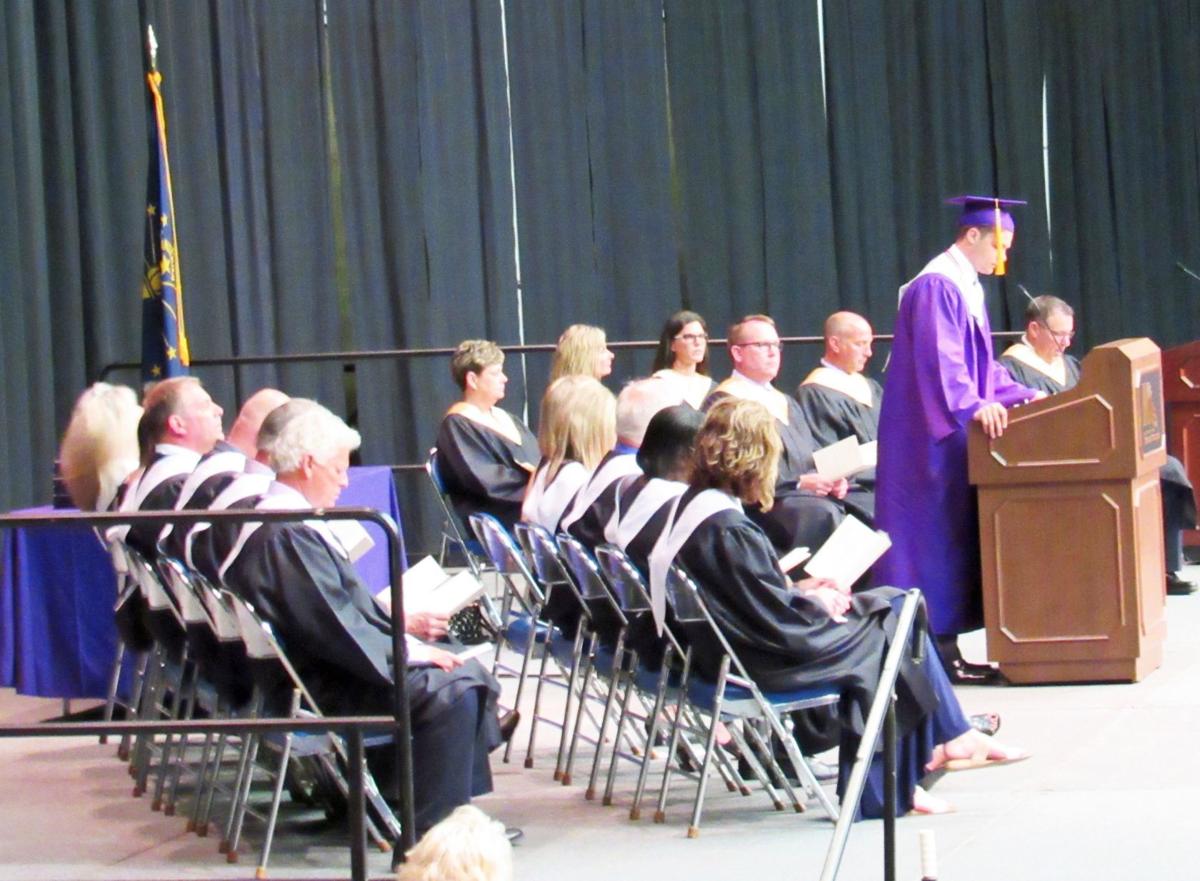 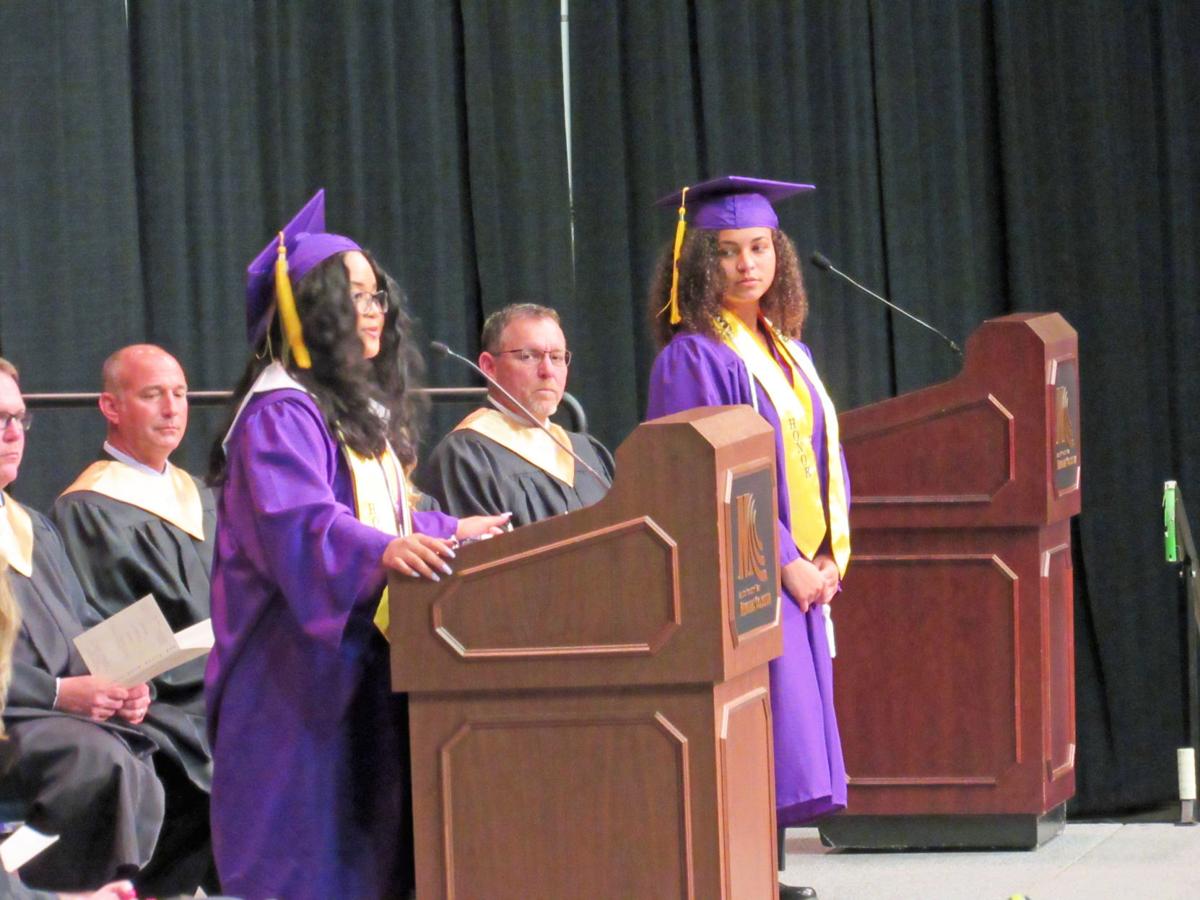 Graduates turn tassels from the right side of their hats to the left signifying they are officially alumni.

Senior Elizabeth Gerig gave a stirring a cappella rendition of the national anthem, which was followed by a welcome to the commencement ceremonies by 2019 class president Austin Caudill.

Special recognition was given to a number of student groups, starting with those who have joined the various branches of the military service. Four seniors were not in attendance at the commencement ceremony because they had already reported to active duty.

Other groups to be honored were members of the National Honor Society, those involved in service organizations, fine arts students, those receiving academic and technical honor diplomas, students earning distinction and high honors, the class officers and members of the student council and the top 10 students by grade-point average.

Valedictorian Sidney Armstrong thanked the teachers and staff members for motivating her and helping her prepare for the next step, college. “We finally made it. We’re well on our way to reaching our own dreams,” she said. “The best of luck to all of you in the future,” she added.

Kyi Win Naing, salutatorian, exclaimed that the four years at New Haven High School flew by. “We’ll never forget our first power outage (construction has been ongoing at the school for more than a year), or the second one … or the third one,” she said. “We’ve developed memories and friendships that will last a lifetime. It may be the end of high school, but it’s the start of the rest of our lives.”

Approximately an hour later after a series of welcoming remarks from East Allen County Schools administrators, introductions of staff and school board members, the graduates walked briskly across the stage, received their high school diplomas, were congratulated by school board members and went back to their seats with their coveted diplomas in hand.

First to cross the stage was valedictorian Sidney Armstrong (in alphabetical order) with Sara Zimmerman the last to receive her diploma. The packed house of family members and friends cheered wildly for their graduates and an occasional air horn blast was heard.

Marilyn Hissong, EACS superintendent, made the acceptance of the Class of 2019, after which they turned their tassels from the right side of their mortar board hats to the left and with big smiles on their faces officially became New Haven High School graduates and alumni.

The concert band again struck up “Pomp and Circumstance” led by band director Todd Caffee and they filed out to receive congratulations from happy family and friends. The entry hall and the walkway in front of the Conference Center was a mass of shoulder-to-shoulder bodies as hugs were exchanged and flowers and balloons were presented to the smiling graduates.