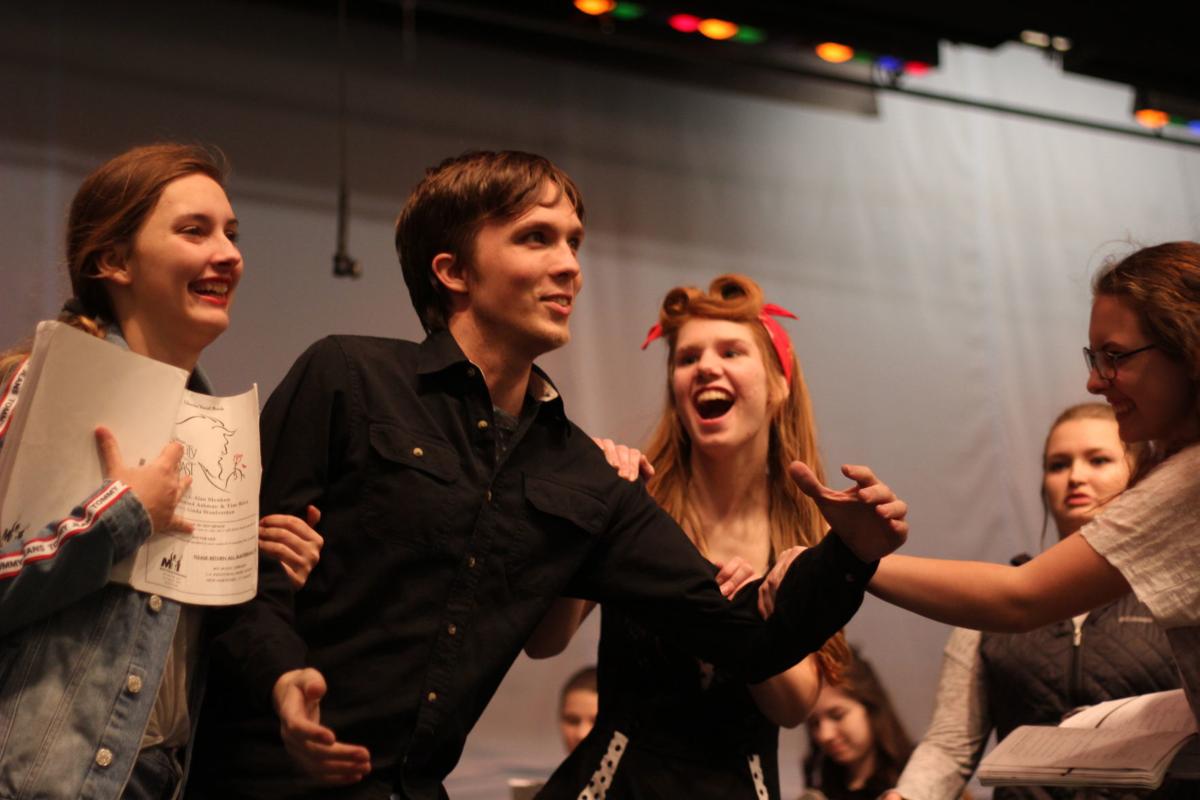 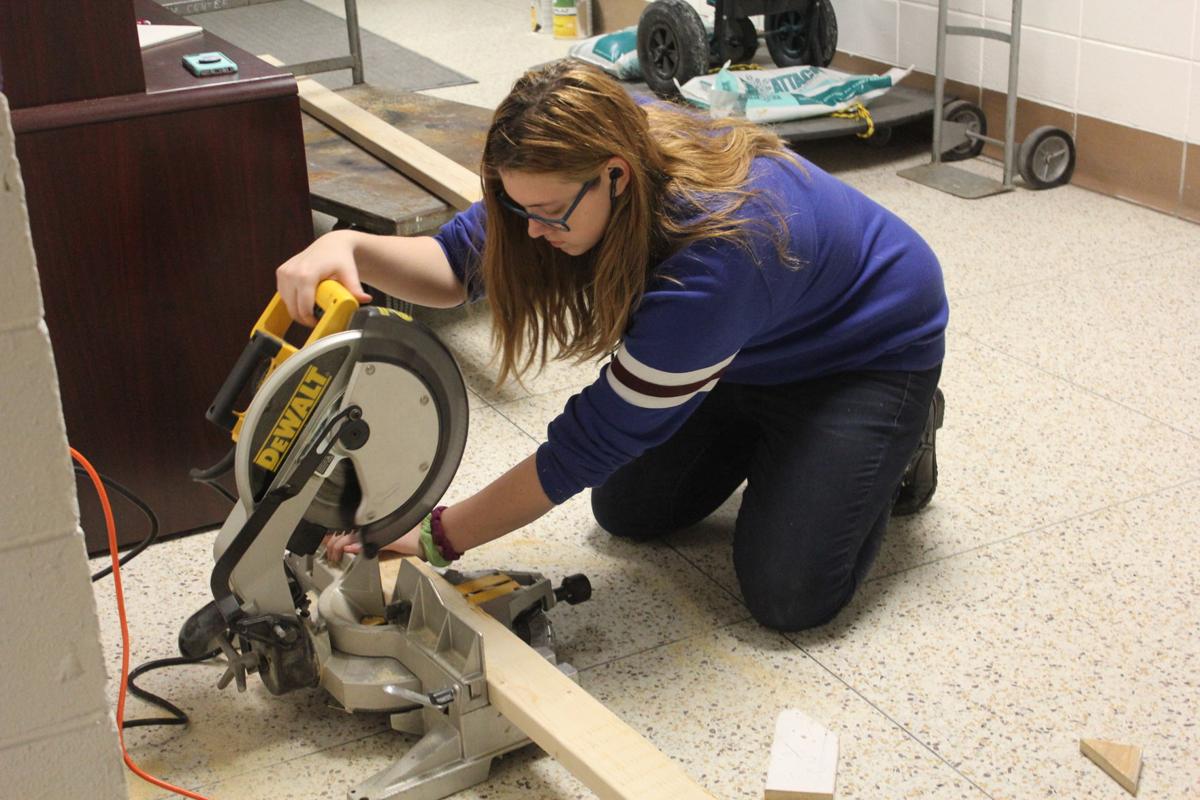 New Haven High School will present its spring musical “Beauty and the Beast” March 22-24. Like the Beast, the production is pressed for time to undergo a transformation before show time.

“We’re just crunching,” director Ric Geist said, explaining that the students had missed out on seven days of rehearsals due to inclement weather and illness.

The show was cast right before winter break and rehearsals started when students returned in January. By mid-February, the students were working quickly to memorize lines, learn choreography and build the set, including a two-story castle with a double staircase.

The group is also crunched for space as New Haven High School undergoes a major renovation. They are practically rehearsing in a construction zone, at times alongside workers in hard hats.

“Watch your step!” Geist warned students as they entered the backstage area from the hallway. A small raised metal lock had recently been installed in the threshold of the double doors, and the hardware had proved to be a tripping hazard.

Despite the inclement weather, illness and construction, the show must go on and the students are preparing to wow audiences.

Geist, who is retired, shares directing duties with his wife, Beverly; AJ Lorenzini, who teaches drama and English at New Haven High School; and Adam Moyer, who serves as the school’s music director.

“It’s going to be a great time. It’s the story you know and love,” Lorenzini said. It’s his second year at the school, and he has seen the students grow as actors.

The group includes students of all abilities, including students in the special education program.

“We welcome all,” Geist said.

However, there aren’t many male students involved in the program, he said. This makes casting challenging. He wanted to do “Beauty and the Beast” before a number of talented male actors graduate this year.

The show stars seniors Sydney Armstrong as Belle and Jeremiah Richardson as the Beast.

Richardson said he “didn’t have the guts” to get involved in the drama program until his junior year. Last year, he played Jonathan Brewster in “Arsenic and Old Lace” and Sebastian in “The Little Mermaid.” Exploring his musical and acting abilities has gotten him to come out of his shell. This year, he’s also participating in show choir.

Senior Jacen Felger will play the role of the main antagonist, Gaston. Off the stage, the high school senior’s hobby is magic. The year before last, he was the entertainment at his church’s Christmas party.

Felger will bring magic to his role as he transforms into a villain on stage. For him, the highlight of the musical is “The Mob Song” when Gaston rouses a mob to storm the castle and kill the Beast.

“That’s the moment where Gaston reveals, ‘I’m the villain here. Time to hate me. Time to be afraid of me,’” he said, adding that the song gave him chills when he saw the 2017 movie.

Freshman Makenzie Serres also feels a connection to her role. She will portray Gaston’s sidekick, LeFou.

Although the character is traditionally portrayed by a male performer, “in acting, you can be whoever you want as long as you’re dedicated,” Serres said.

“I really enjoyed watching that part and singing along to all the music. I thought that would be such a fun role to play — male or female,” she said.

Geist said the production has a $4,000 budget, and more than half is being spent on licensing and $1,000 is being spent on constructing the set. Some of the costumes will be rented from Fire & Light Productions. The rest are being fashioned by Mackenzie Brockhaus, who teaches special education at New Haven High School, and her mother, Suzanne Stocksdale.

The New Haven drama department will present “Beauty and the Beast” in three shows: 7:30 p.m. on Friday, March 22, 7:30 p.m. on Saturday, March 23 and 2:30 p.m. on Sunday, March 24. Tickets are $12 for adults and $8 for students. Group rates are available. Enter through door 6. The first 10 children in costume will get a free light-up rose. Attendees will also have the opportunity to take free pictures with cast members. For tickets and more information, contact Ric Geist at geistric@gmail.com.

What: "Beauty and the Beast" spring musical

Tickets: $12 for adults and $8 for students. Group rates also available.