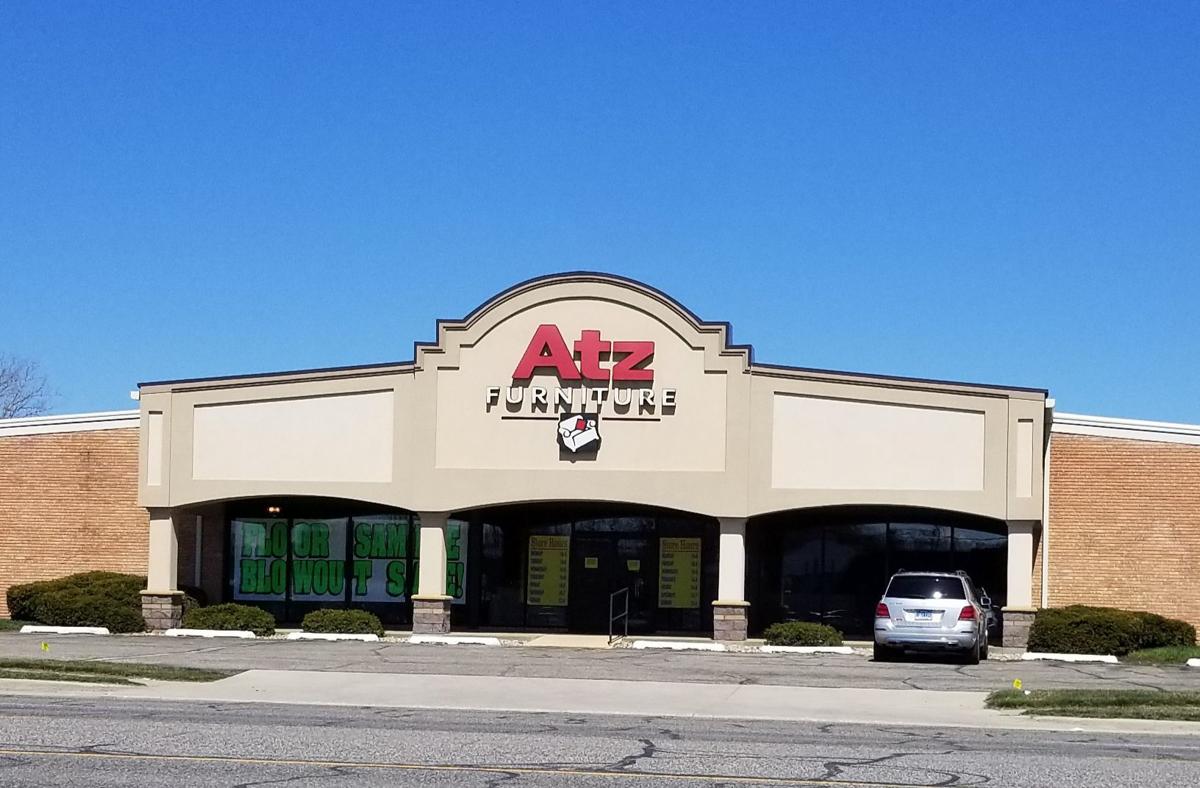 Atz Furniture in Kendallville is having a going-out-of-business sale as its third-generation owner plans to retire and move. 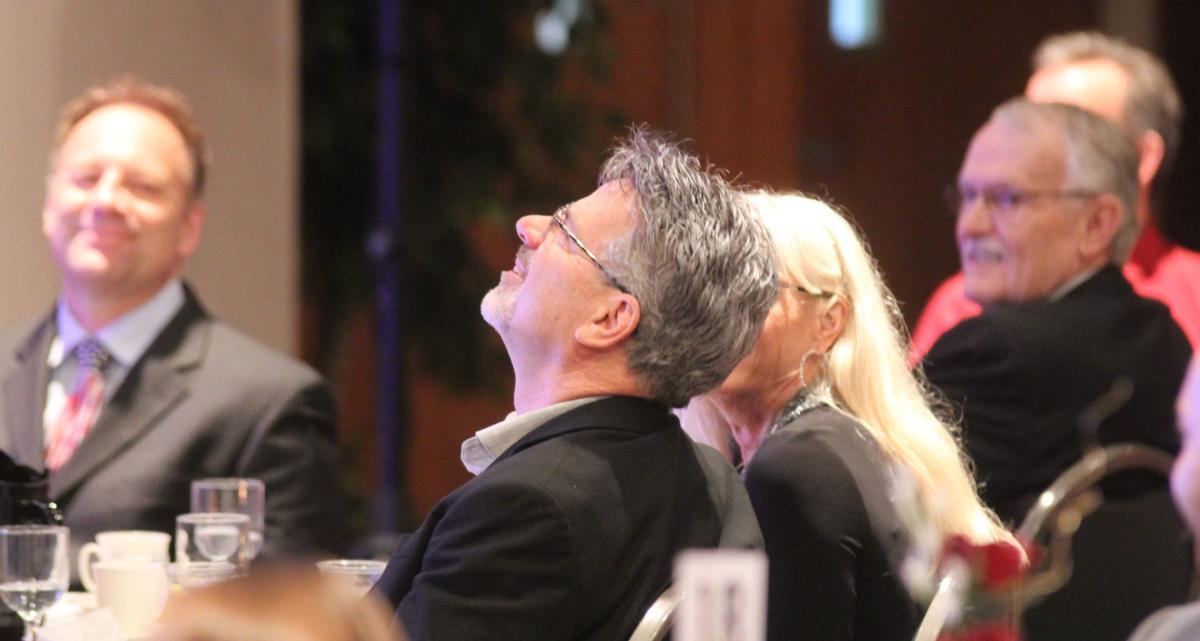 Joe Atz tosses his head back in disbelief upon learning he was selected as the 2019 Citizen of the Year. 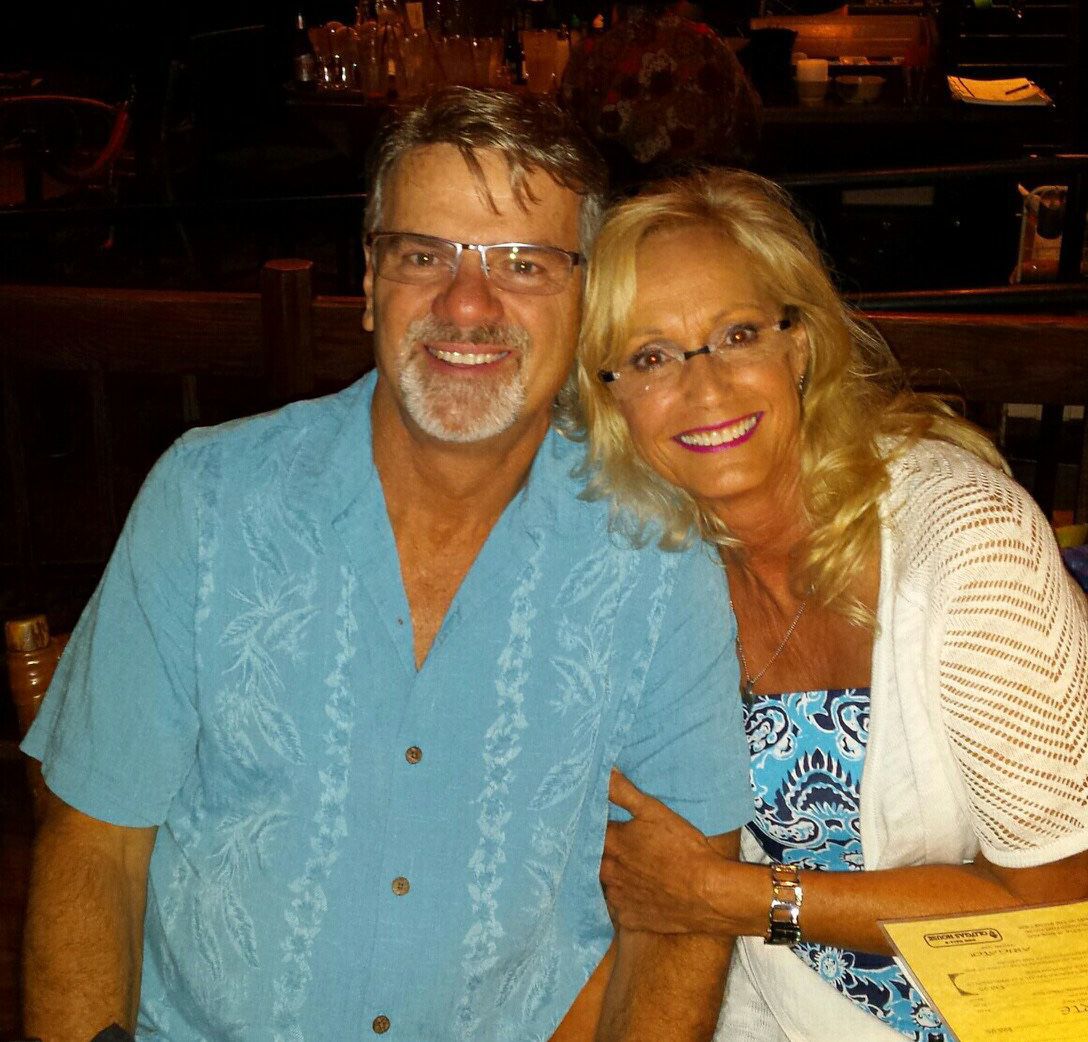 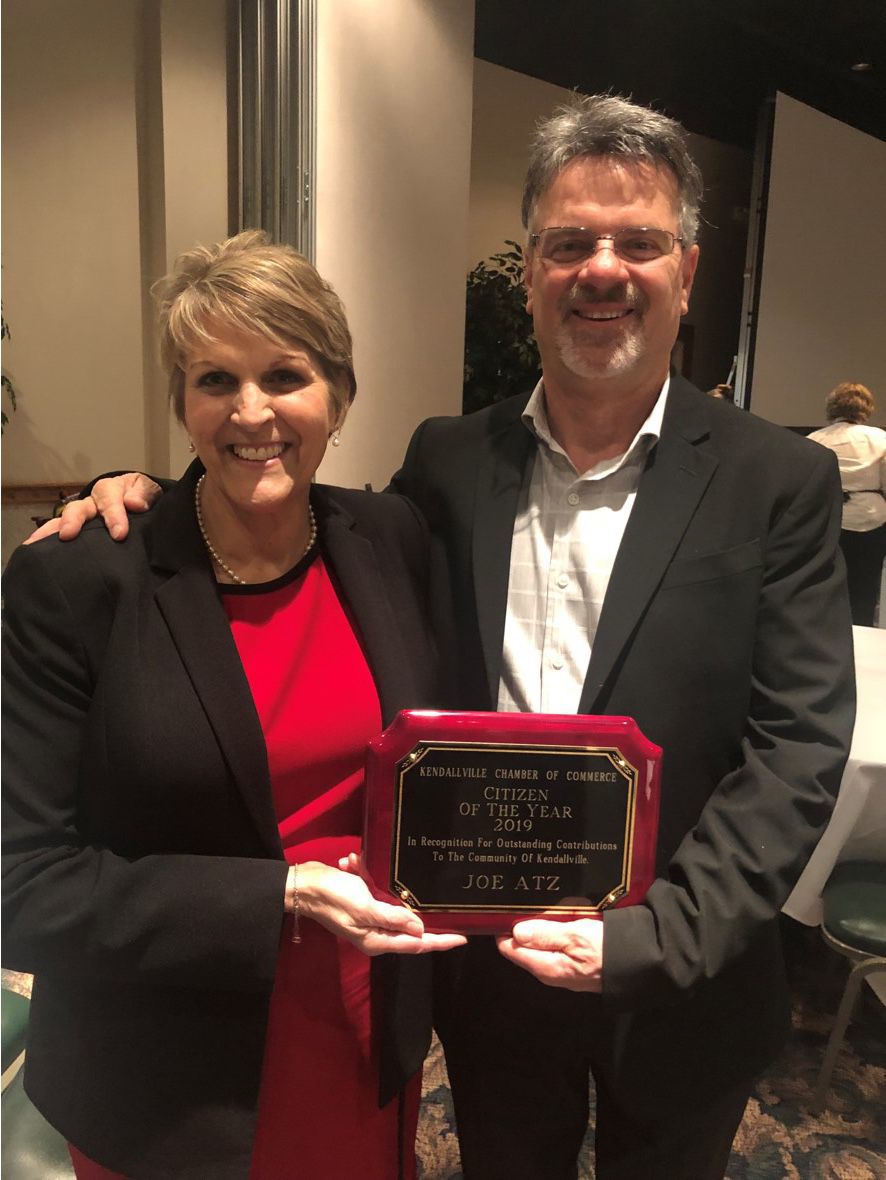 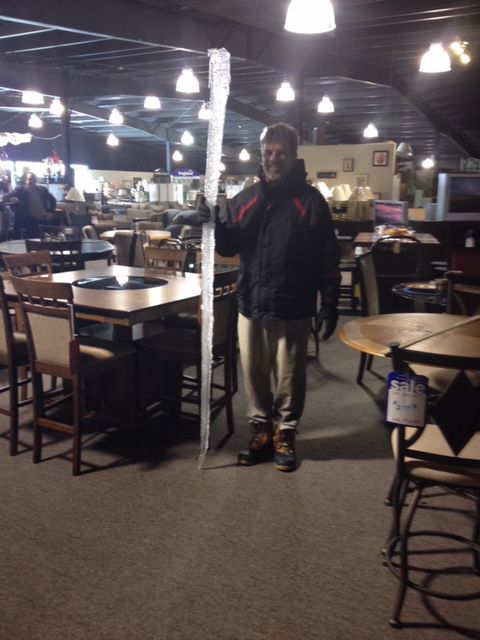 Joe Atz displays a giant icicle inside his furniture store during February 2014.

Atz Furniture in Kendallville is having a going-out-of-business sale as its third-generation owner plans to retire and move.

Joe Atz tosses his head back in disbelief upon learning he was selected as the 2019 Citizen of the Year.

Joe Atz displays a giant icicle inside his furniture store during February 2014.

Joe Atz, a third-generation owner of the firm, has announced a going-out-of-business sale is underway.

“The timeline, at this point, will be late spring for our final sale,” Joe Atz said last week. “The coronavirus, and the governor’s order to close, has set things back a bit.”

The Atz Furniture building will be for lease/sale after the furniture sale is over.

One of the co-founders of Atz Furniture was Joe Atz’s grandfather, Julius. The first store was established in Goshen in 1922. Atz Furniture opened in Kendallville in 1928 at the corner of Main and Mitchell streets, in the old Kelly Hotel building. The store later moved to the current U.S. 6 West location.

The firm opened a store on Cavin Street, Ligonier, in 1942. Joe Atz’s father, John, joined the company in 1946. In the 1960s, John Atz managed the Ligonier store while his brother, Eugene “Gene” Atz, operated the Kendallville store.

In 1978, Gene Atz retired to Florida and John Atz took over the family business. In 1982, Joe Atz came to work for the company. In 1990, Joe became the company’s president and Kendallville store manager. Gene Atz died in 1996. John Atz died on March 20, 2006, as a result of a vehicle accident.

Lake County may push residents to participate in U.S. Census

“As crazy as things have been, Vicki and I have managed to stay healthy and happy,” Joe Atz said.

“We reached the decision to close simply because, I felt, it was time for me to retire and enjoy the rest of the world out there. Vicki and I have four terrific grandkids and wonderful sons and daughters to spend more time with. Business has been great, but it’s time.

“We will be moving to the Indy area to watch three of our grandchildren grow. They have wonderful parents, but who is going to spoil them, if not grandparents? Our fourth grandchild is in Warsaw, and will have to tolerate many visits from Nana and Grandpa for school and athletic events.

“Our timeline for moving is fluid. We have a home to sell and many other things to tie up.”

Asked about favorite memories, Atz said, “First and foremost was the opportunity to have a career beside the best father and mentor I could ever have asked for. John taught me to care for the community I live in. Be involved ... conduct business as you do with friends, not ‘customers.’

“Of course, it was my mother, Julie, who taught me to embrace all things. Expand your knowledge, play music, be the MC at an event. If you enjoy it, share your enjoyment with others.

“Then there are the fantastic friends I’ve made in Kendallville. Everywhere I go, I run into someone who has shopped at the store for many years, and has become a friend of Atz Furniture, and of mine. I’ve also been really blessed with the friends I’ve made through Rotary, and many other community service opportunities. You really learn what people are made of when you work beside them, doing something to benefit your favorite city.”

Asked about accomplishments that he feels are most significant, Atz said “simply the things I’ve learned, the fun I’ve had, and helping to bring my beautiful daughter, Jenna, into this world.”