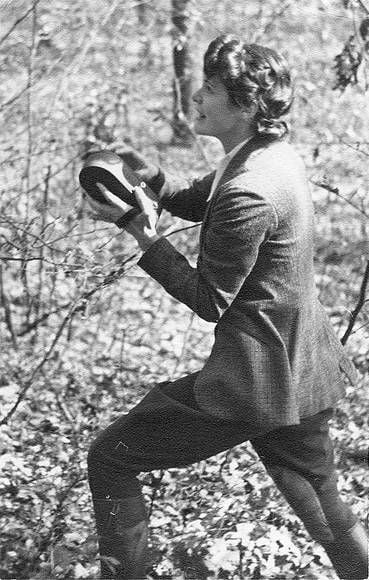 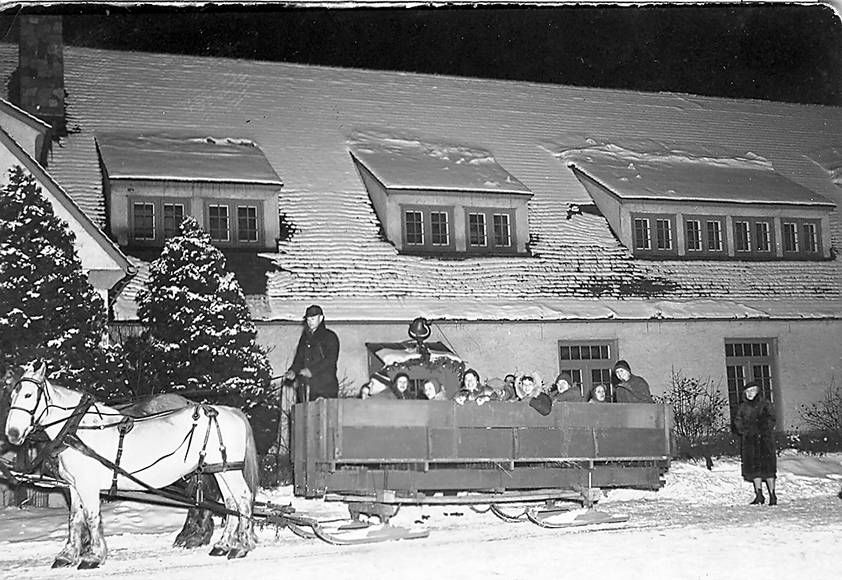 “Country living beckoned in the form of a job offer for Ben Swenson to manage the Potawatomi Inn near Angola, Indiana, and the couple moved here in 1936.” 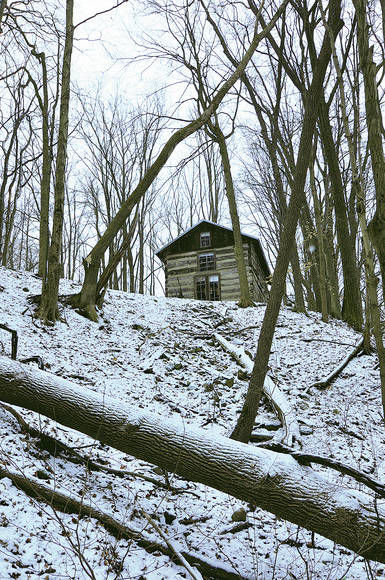 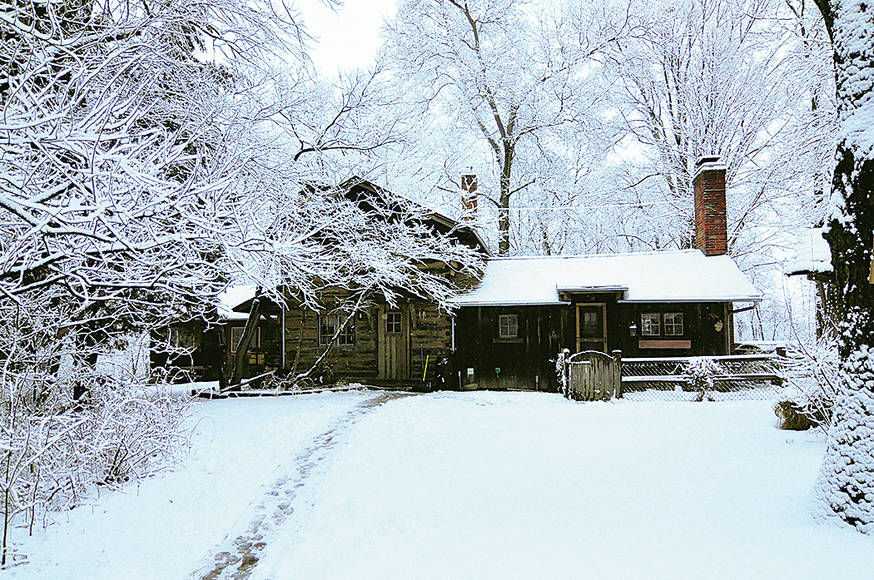 “Country living beckoned in the form of a job offer for Ben Swenson to manage the Potawatomi Inn near Angola, Indiana, and the couple moved here in 1936.”

Human beings are tiny figures on the land’s canvas. Yet their stories are, for good or ill, part of the picture.

In the landscape that is Wing Haven Nature Preserve, picture Ben and Helen Swenson, who, through innkeeping, art and the love of nature, made Wing Haven part of ACRES’ story.

Born in 1907, Helen Aldrich grew up on a farm near Kalamazoo, Michigan. Her parents wanted both of their daughters to go to college, and Helen attended the Art Institute of Chicago in the late 1920s. She remained in Chicago, supporting herself as a commercial artist. Her work, mostly in watercolor, included designing a line of greeting cards for Marshall Field’s department store.

“Helen didn’t see herself as a trailblazer,” her niece, Marianne Preston Golden, told The Journal Gazette in 1997. “She just did whatever she wanted.”

She married Ben Swenson, who managed the Del Prado Hotel on Chicago’s South Side, in 1933. At first, they lived at the inn and Helen continued to work as a commercial artist. But country living beckoned in the form of a job offer for Ben to manage the newly built Potawatomi Inn near Angola, and the couple moved here in 1936.

Helen Swenson gave the inn much of its personal touch, said Pokagon State Park interpretive naturalist Fred Wooley in the Indiana Department of Natural Resources’ history of the inn.

In addition to promotional materials for the Potawatomi Inn, Helen turned her artistic talents toward creating a park map visitors used as a trail guide. She spent plenty of time on those trails herself, leading bird hikes, wildflower walks, and even moonlight skiing excursions. As the years passed, she moved from commercial art to photography.

During World War II, the Swensons did their bit to support the young service men and women who worked at the inn and the many more who came through their doors. Helen set aside a small, non-denominational “Back the Boys with Prayer Room” at one end of the lobby, and the staff sent care packages of food and other goods overseas.

“Most people who come here now are either soldiers or war workers who really need a short season of recreation,” Ben Swenson said in a letter written during that time, according to a 1999 story in The Herald Republican.

But even the most hospitable innkeepers need some privacy. Around 1942, the Swensons purchased about 400 acres, including several of the Seven Sisters Lakes directly east of Pokagon State Park, bringing log cabins in to become their farmhouse and outbuildings. They kept this quiet, Golden recalled at ACRES’ annual dinner in 1984. Few received invitations to their new space.

After Ben left his position with the Potawatomi Inn, part of the Swensons’ haven would become the Wing Haven Resort in the early 1950s. Each guest house was decorated with the theme and colors of a particular bird — tanager, snipe, heron.

On their own homestead, adjacent to the resort, another bird, a wild turkey, found his way to Helen and became a pet of sorts, her niece recalled. Turkey, as he was called, had a mean streak and little use for any being other than Helen. He eventually ran afoul of a fox living in a nearby ravine. Helen painted one window shutter with the fox, the other with turkey. They are displayed in Helen’s former studio on the preserve, open to visitors during ACRES events.

Wing Haven Resort and the Swenson estate (later named Wing Haven by ACRES in commemoration of the resort) was where Helen found the joy of knowing a few things intimately, rather than a lot of things briefly, as she put it. Golden recalled a walk in the woods during which her aunt heard a bird calling, stopped to smile, and said: “Well, he’s back.”

Ben Swenson died in 1954. Helen continued to operate the resort for about 15 more years before selling it, but she retained the homestead.

Golden said her aunt once told a Christian Science Monitor reporter, “We have lived with these woods and lakes for many years and we have had so much to share. The whole thing at Wing Haven is just sharing what we have had with others.”

When Helen Swenson died in 1983, she bequeathed the 160-acre homestead to ACRES. “She wanted to make sure that the sharing would continue after the loving manner in which she herself treated it,” Golden said.

ACRES acquired neighboring parcels in 1998 and 1999, bringing Wing Haven’s total acreage to 264. The Swensons’ haven became a richer and more detailed landscape than either of them could have imagined, and it is here for successive generations to share.

Nancy Crowe wrote this column for ACRES Land Trust. ACRES members protect 7,047 acres of local natural area and working land in northeast Indiana, northwest Ohio and southern Michigan, forever. Explore more than 70 miles of trails, take photographs, enjoy family time, get outdoors, plan a field trip, get fit, reflect on nature’s beauty or share an adventure, for free from dawn to dusk at a preserve near you. acreslandtrust.org/preserves. Connect with ACRES Land Trust at 260-637-2273, acreslandtrust.org or on Facebook at facebook.com/ACRES.LT