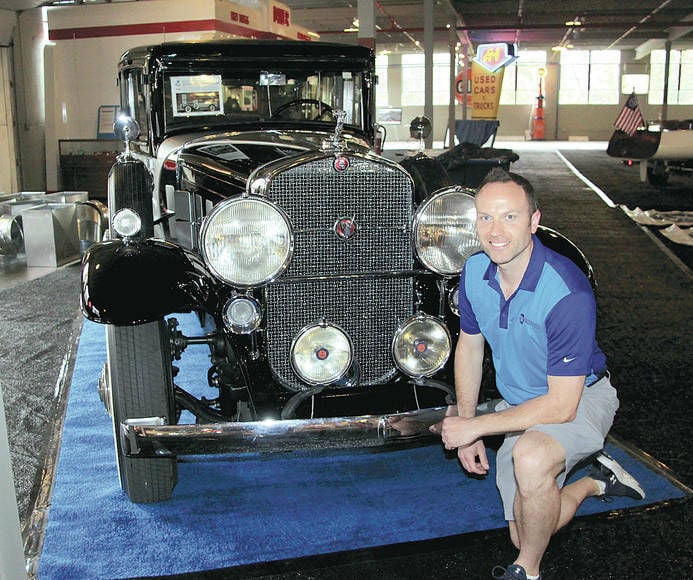 Auctioneer John Kruse shows one of the featured cars in Saturday night’s Worldwide Auctioneers sale at the National Auto and Truck Museum. This 1930 Cadillac V-16 Imperial Limousine won an award at the prestigious Meadow Brook Concours d’Elegance in Michigan. Like 85 percent of cars in the auction, it will sell with no reserve price. 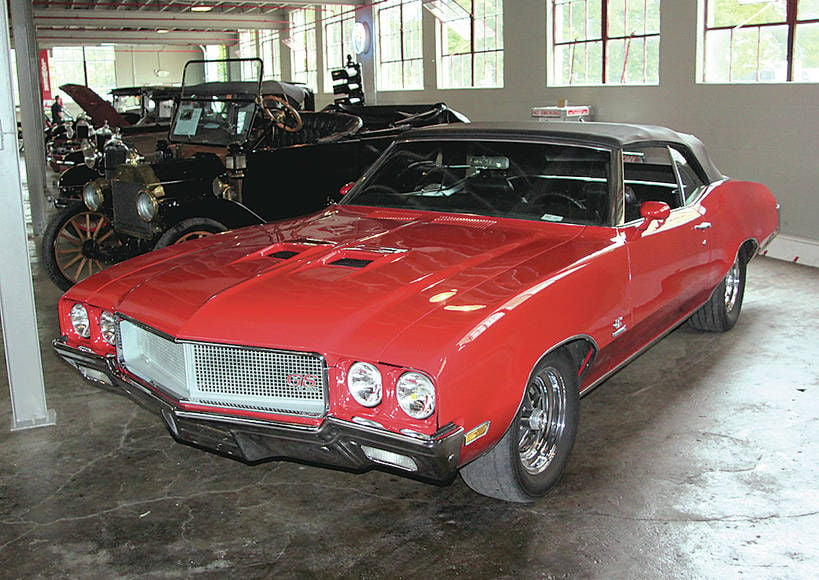 This 1970 Buick convertible will be sold Saturday at The Auburn Auction with proceeds going to the National Auto & Truck Museum, where the auction takes place.

Auctioneer John Kruse shows one of the featured cars in Saturday night’s Worldwide Auctioneers sale at the National Auto and Truck Museum. This 1930 Cadillac V-16 Imperial Limousine won an award at the prestigious Meadow Brook Concours d’Elegance in Michigan. Like 85 percent of cars in the auction, it will sell with no reserve price.

This 1970 Buick convertible will be sold Saturday at The Auburn Auction with proceeds going to the National Auto & Truck Museum, where the auction takes place.

AUBURN — When Worldwide Auctioneers raises the gavel on a car Saturday night, odds are good that the hammer will ring back down with the call “sold!”

“Nearly all of the cars are selling at no reserve,” said Worldwide’s John Kruse. That means they will sell to the highest bidder, regardless of price.

“It’s always great for buyers and collectors who know, ‘If I go to the auction, I can buy it,’” Kruse said. “When you have a no-reserve auction, that’s still the purest form of marketing and sale in the world — and why I love auctions. We’re going to find out what all these cars are worth Saturday night at 6 o’clock.” The auction takes place in the National Auto & Truck Museum of Auburn.

Of the 80 cars in the sale catalog for The Auburn Auction, 68 are selling at no reserve. Since the catalog went to press, the sale has grown to 90 cars.

One of the late additions rates as a favorite for Kruse. A red 1970 Buick convertible is being sold to benefit the National Auto & Truck Museum, where the sale takes place. Owners Vinnie and Barbara Pietracatella of Auburn are donating the sale proceeds.

“It’s just a wonderful car. I really like it because it’s been upgraded with a 455 engine,” Kruse said. “It’s a two-door, convertible muscle car, but it has a big back seat, so it’s sort of like a family car.”

Kruse calls the red Buick “a great example of something that everybody could come out and have a shot at actually owning for not that much money.”

The Buick is not alone in that category. The sale features several affordable cars from the estate of the late Chuck Runyon, a frequent visitor to Auburn. They include a 1970 Plymouth Road Runner, 2000 Plymouth Prowler, 1956 Chevrolet Bel Air street rod, 1974 Ford Maverick and 1967 Dodge Dart convertible.

Worldwide is selling the entire collection of 34 cars from the Jimmy Taylor Museum in West Virginia. It includes several cars from the 1910s and 1920s, as well as the 1933 Ford pickup hot rod known as “Colorado Gold” with its plexiglass floor, firewall and pickup bed.

Kruse said the “crown jewel” of the Taylor collection is a 1930 Cadillac V-16 Imperial Limousine that won an award at the prestigious Meadow Brook Concours d’Elegance in Michigan. Like the others from the Taylor museum, it will sell at no reserve.

“It was a free museum. He just wanted people to come and be able to enjoy the cars,” Kruse said about Taylor’s collection. He called it “a neat close to his museum collection to have them all together” for Saturday’s auction.

One featured car that does carry a minimum price is a 1955 Cadillac “Die Valkyrie” concept car designed by the legendary Brooks Stevens.

“What’s very special about it is it’s the only car in the concept car category that actually has a patent,” Kruse said about the striking auto in stark black and white. “You can show it about anywhere, and you’re going to get a lot of positive feedback.”

This marks the 10th year for The Auburn Auction and the sixth time it has been staged at the National Auto & Truck Museum, where Kruse says it has been “phenomenal to work with” the staff and volunteers.

With so many affordable cars, Kruse said, “I would invite everybody … to come out, and you might get a great deal on a neat car that you can have a lot of fun with.”