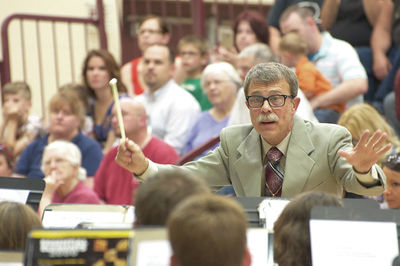 Jim Swartzlander, who for 30 years has taught music and band to East Noble elementary and middle school students, directs his last band concert Wednesday night at North Side Elementary School in Kendallville. 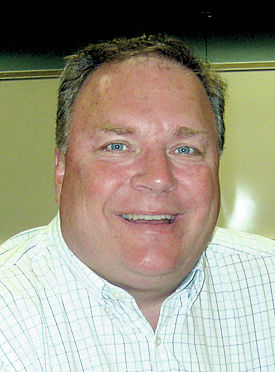 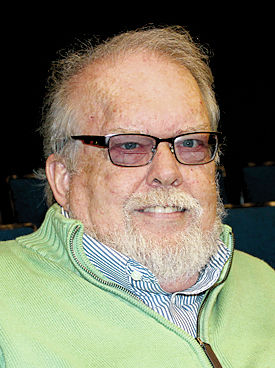 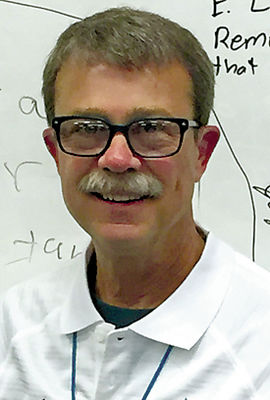 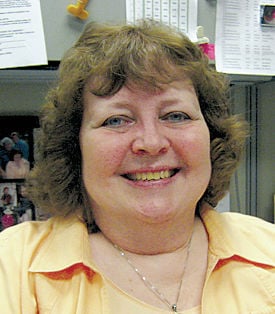 Jim Swartzlander, who for 30 years has taught music and band to East Noble elementary and middle school students, directs his last band concert Wednesday night at North Side Elementary School in Kendallville.

KENDALLVILLE — They’ve had an impact on thousands of lives and generations of families.

They’ve walked hundreds of miles through the hallways of East Noble schools.

Cockroft has spent his entire 32-year career at the high school, teaching math and business and coordinating the I.C.E., internship and Career Pathways programs. He also works part time at Impact Institute.

“When I taught keyboarding, they were switching from the manual typewriters to the IBM Selectrics,” he said, laughing about the old way students learned to type.

After graduating from Central Michigan University in 1984, Cockroft painted houses in the summer. Teaching jobs were hard to find at that time.

“Out of the blue, I got a call from Principal Rich Anderson, asking me to come in for an interview, and accepted a teaching position,” he said.

When Cockroft started at the high school, he lived with football coach Bob Wiant until he made enough money to rent an apartment.

Cockroft coached track for 12 years, football for 11 years and served on the East Noble Education Association’s negotiations committee. “We’ve had a very good relationship with school boards over the years,” he said.

When asked about changes in technology affecting education, Cockroft said he’s learned to adapt. “Communication with students is much easier with emails and texts,” he said. “Kids have no problem communicating with teachers. It’s a positive change.”

The flow of information is much faster, he added. Instead of opening up his grade book to parents and students, they can get instant feedback online.

“No more excuses for not knowing how they are doing in a class,” he said.

He’s proud of helping to start the Noble Youth Football League that has generated interest in football. He helped organize the Light the Night Walk for the Leukemia-Lymphoma Society and will continue with that event.

Seven years ago, Cockroft started the Boomerang Backpack program at East Noble that gained national media attention. The 25-week program began at South Side Elementary School and now serves 45 schools in Indiana with 110,000 to 115,000 backpacks.

He also is part of the WAWK 95.5 The Hawk broadcast team for high school football games.

Cockroft is not retiring from full-time work. He’s changing careers. He and a partner own Fort Wayne Storage, with eight employees and six self-storage locations. His business builds, develops and manages self-storage facilities.

He was introduced to live theater when he was a junior high student at Rome City School. He was selected to be in the chorus of a production.

“That’s when I caught the theater bug,” he said.

After graduating from Kendallville High School in 1964, he went on to Ball State University, intending to be an art teacher. In 1968, he was hired to teach art at East Noble High School.

“I don’t know how the big came about. The first show was big, and it just carried on from there,” he said.

“Titanic” and “Beauty and the Beast” were two of his biggest-grossing shows. East Noble was the first high school in the country to stage “Titanic,” which Munk described as a “most complicated show.”

He brought in professionally made costumes for “Beauty and the Beast,” and hired Las Vegas-based Flying by Foy to rig equipment so actors could fly in“Peter Pan.” He continued to rent professional costumes and employ Flying by Foy through his final show.

East Noble Theatre and Kendallville welcomed television personality Kathie Lee Gifford in 2008 for the debut of the musical she wrote, “KeyPin.It.Real.”

He helped design Cole Auditorium, which opened in 1981, and started An Evening of Theatre, East Noble Children’s Theatre, Breakfast With Santa Claus and Raise A Ruckus, the Apple Festival of Kendallville country-style variety show.

Pride 2020: A history of the rainbow flag

Munk helped found Gaslight Playhouse Theatre in 1973, the local amateur theater group that still produces shows. He remains on the board of directors.

Munk and his wife, Karen, have been involved with the Miss America Pageant organization for nearly 50 years.

His accolades are many. In 2001, he received one of Indiana’s highest honors, the Sagamore of the Wabash. In 1994, the Indiana Theatre Association named Munk theater teacher of the year, and in 1999 he was named Kendallville’s citizen of the year.

In 2006, the Munks were honored by the League of American Theatres and Producers. He was inducted into the Indiana Thespian Hall of Fame, and the Munks were the first recipients of the Miss Indiana Academy of Honor award.

Last month, the Munks appeared on the NBC’s “Today” with Gifford and Hoda Kotb to talk about their high school theater experience.

Munk figures he has worked with more than 10,000 students in nearly five decades at East Noble High School.

When asked why he is retiring, Munk simply said: “It’s time. It’s time.”

Over her 40 years in education — 33 with the East Noble special education department — Lash has had many rewarding experiences and watched special needs students progress with great interest.

“Every day is different. You have to be flexible and patient,” she said.

She grew up in the small, one-traffic-light town of Ottoville, Ohio. She followed her parents and grandparents into the teaching profession and chose the field of special education. There has always been a need for special education teachers, she said.

Bill McKinney, former director of the Northeast Indiana Special Education Cooperative, hired Lash, and she taught special education in the classroom for about 23 years. For the past 16 years, she has been a behavioral specialist with East Noble, visiting schools and consulting with special education teachers.

“Teaching special education takes a special kind of teacher,” Lash said. “You take the kids as far as they can go with lots of love, and yet be firm and consistent. You want to be positive and not to be afraid to enjoy the kids.”

For many years Lash worked with autistic youths. “They like it when they can feel that connection. You can’t help but become close to the kids and their parents. I still stay in touch with parents of autistic kids I taught many years ago.”

With her husband, Ken, Lash plans to see more of her son’s twin girls once she’s retired.

“This has been my dream job. This is where I wanted to be,” said the East Noble graduate who grew up in Kendallville. His parents owned and operated Swartzlander’s jewelry store in downtown Kendallville.

He taught at Elmhurst High School from 1978-81; Central Noble from 1982-84; and Blackhawk Christian from 1984-86 before coming to East Noble, where he’s taught and directed sixth-grade band and middle school music.

“It’s exciting to see the progression of the kids and then put it all together for a concert,” he said.

Swartzlander’s parents had a musical background. “I’m a third generation in music. The saxophone was passed down through my family,” he said.

When he was in the fifth grade, Swartzlander was told he could play the trombone. “I was not very good,” he said.

When he got to high school, band director Pete Bottomley invited him to be in the band and play drums. “Pete helped me change my schedule so I could play drums in the East Noble Marching Knights. I owe my career to Pete Bottomley. He was a great guy,” Swartzlander said.

Music was his life outside of school. He gave private lessons and performed in a garage band called We Three with Morris Barker and Craig Sebert. He also was a member of The Changing Seasons musical group that performed in the area in the 1980s.

Looking back, Swartzlander said he’s enjoyed every minute of his career in education. “I still think kids are funny, and that’s kept me going all these years. They still make me laugh.”