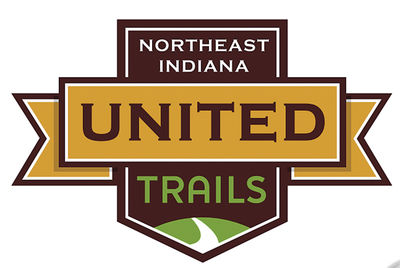 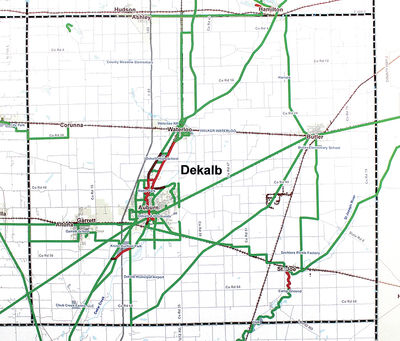 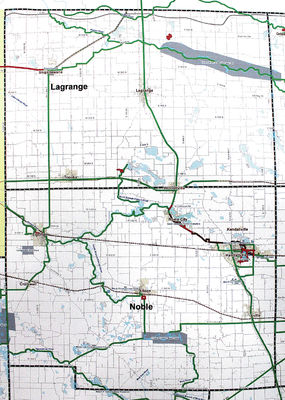 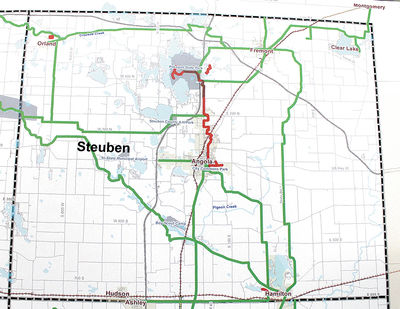 Consultants unveiled the name and design scheme for the work-in-progress system that aims to create a connected set of trials throughout the region, including the four-county area.

The trails are an ongoing planning project by the Northeastern Indiana Regional Coordinating Council, which is working to form a master plan, while leaving it up to individual trails groups and local governments to focus on establishing and building their pieces of the system.

Pennsylvania-based consulting firm Merje unveiled the branding for the system after a series of meetings, and surveys and feedback received from residents and local groups.

The goal of the branding is to help people easily identify the trail system and build a cohesiveness between all the different communities and different types of trails people will encounter, John Bosio of Merje said.

“It is there to promote the trails and promote the entire system. No matter if they’re up in DeKalb or in Huntington, they’ll get the feeling it’s the same system,” Bosio said.

A major component of the design package Merje is creating is a manual that communities will be able to use to install standardized signs for entry points, trail markers or information signs, Bosio said. Trails groups then will be able to begin installing those features as they construct trails so individual sections will have a similar look.

The plan includes guidelines for sign posts and different types of signs, which Bosio said should help supplement, not replace, existing signs on trails and in parks.

As for plotting and buildings the trails themselves, development is still relegated to individual groups, said Matt Peter of the Northeastern Indiana Regional Coordinating Council.

Although communities have been able to establish trails, the county-to-county connections still are a major missing component. For example, Fort Wayne has numerous trails throughout the city, but there’s currently no way to get from its trails to the Fishing Line Trail that’s being developed from Kendallville to Rome City.

Communities have been focused on trail development, Peter said, noting that the available mileage of trails in the region had doubled between 2006 and 2015. The coordinating council is helping create the master plan and bringing communities together to discuss ways to accomplish the trail system, but each trails group currently is working individually to build the paths.

The United Trails label will work as a glue to connect the piecemeal trails until such a time when they’re all physically connected, Peter said.

“This branding effort is going to allow them to advertise the system,” Peter said.