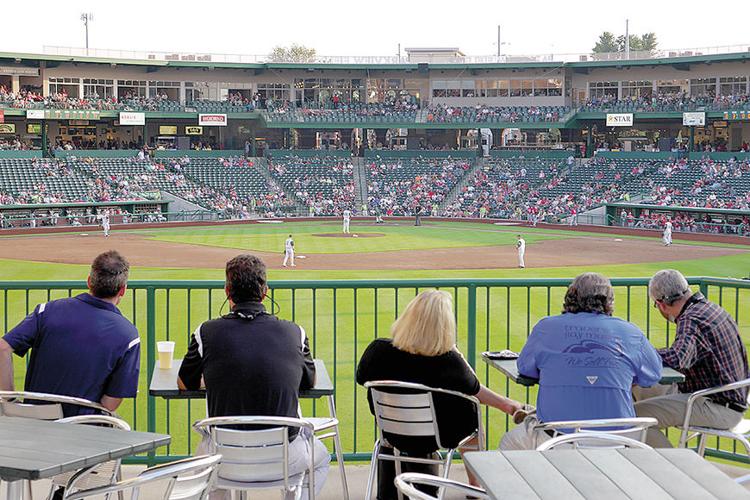 Spokesperson John Nolan said many elements that fans have come to expect from the TinCaps experience will return for 2017. 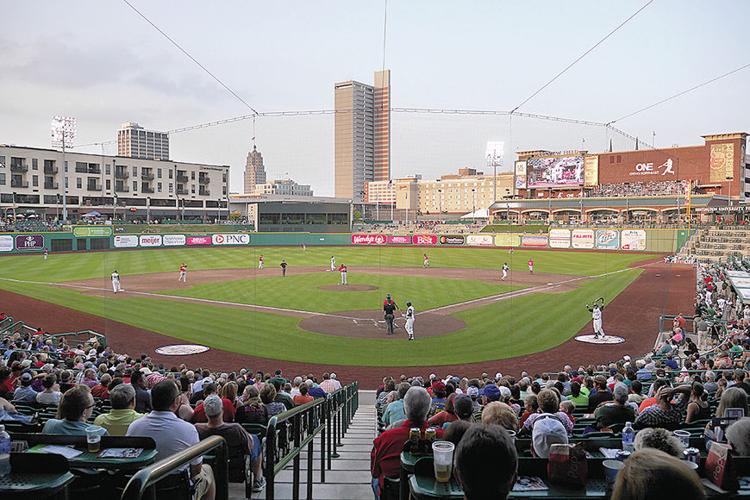 Parkview Field was again named the No. 1 minor league baseball ballpark experience by Stadium Journey — its third year in a row and fifth out of the past six years.

Spokesperson John Nolan said many elements that fans have come to expect from the TinCaps experience will return for 2017.

Parkview Field was again named the No. 1 minor league baseball ballpark experience by Stadium Journey — its third year in a row and fifth out of the past six years.

The 2017 season is already shaping up to be an exciting one for the Fort Wayne TinCaps.

The award is given annually to honor the “complete” baseball organization and considers “contribution to baseball in the community, promotion of the baseball industry, contributions to league stability and financial stability,” according to a statement from the TinCaps.

“The TinCaps have been lucky enough, pretty much on an annual basis, to receive honors, whether it’s for the organization as a whole or for individuals or for Parkview Field itself,” TinCaps spokesman John Nolan said. “But the biggest award yet that anyone with the TinCaps has received was that John H. Johnson President’s Award. That’s kind of like the MVP award.”

Also in the offseason, the TinCaps were named the Best Class A Ballpark by Ballpark Digest and were again named the No. 1 Minor League Baseball Ballpark Experience by Stadium Journey — the third consecutive year for Parkview Field and the fifth out of the last six years.

Since Parkview Field opened in 2009, fans have had certain expectations from the TinCaps experience, Nolan said.

“We’ve still got more fireworks nights than anyone in Minor League baseball (with) 31 this year,” he said.

Nolan said popular entertainment acts like Jake the Diamond Dog and ZOOperstars! will return, with Cristin Sandu from “America’s Got Talent” also making an appearance.

Familiar theme nights, such as Star Wars, ’90s night and ’70s night will return, along with new themes.

“A new one though for instance is ‘Animation Celebration’ (on May 12), which will highlight popular Disney movies, Pixar movies…Minions are super popular so (it will be) a chance for little kids to see some Minions stuff around the ballpark,” Nolan said.

The TinCaps will also be adding a “Brushes, Bottles and Baseball” night on April 27, where fans can sip wine and paint while they watch the game.

Also expanding is the team’s high school baseball series. This year, 24 area high school teams will get the chance to play ball at Parkview Field between April 24 and May 5.

“It goes back to the idea of how Parkview Field is meant for more than just TinCaps baseball,” Nolan said.

He added that not only are the games free for participating high schools thanks to a partnership with Parkview Sports Medicine, they actually serve as a fundraiser for the programs. Tickets are $5, with $4 going back to the participating schools and $1 going to the Parkview Field Ballpark maintenance and improvement fund.

The TinCaps’ affiliate team, the San Diego Padres, has the third best farm system in baseball, so fans can look forward to “a lot of exciting young, top prospects to come watch this season” as well, Nolan said.

This year also marks the 25th consecutive year for professional baseball in Fort Wayne, Nolan said, so the TinCaps plan to celebrate their heritage with Fort Wayne.

Fans excited for the 2017 season only need wait until April 8.

“We can’t wait for opening day to get here,” TinCaps President Mike Nutter said in a statement. “For as special as the first eight seasons of TinCaps baseball at Parkview Field have been, I really think 2017 can be even better. We’re certainly still motivated every day to make the fan experience here the best it can possibly be. And of course, it’s only possible because of the great support of our fans, sponsors, local media, and other partners around the region.”

Tickets for the 2017 TinCaps season are now on sale. Tickets can be purchased at Parkview Field, at TinCapsTickets.com or by calling (260) 482-6400.