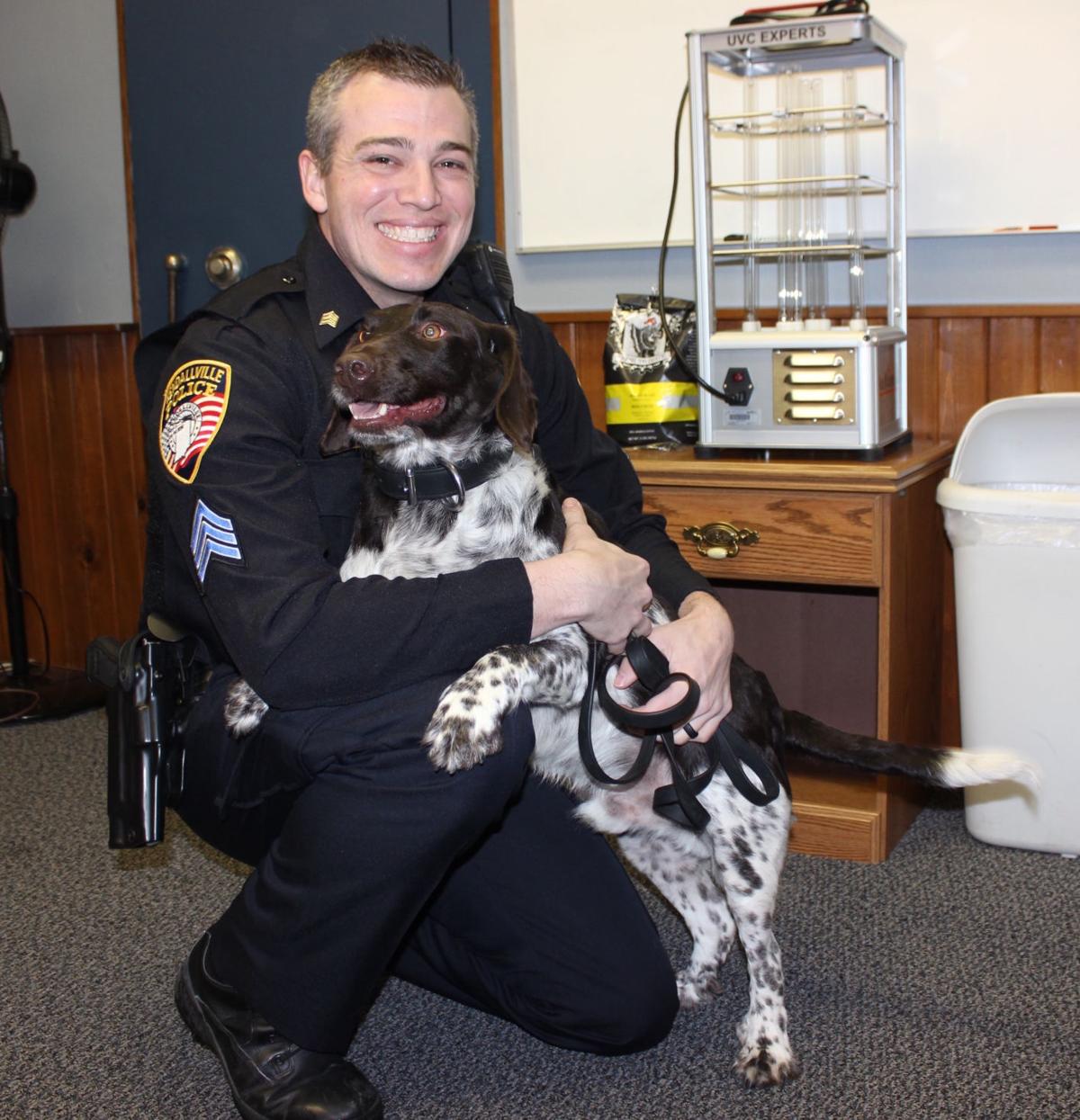 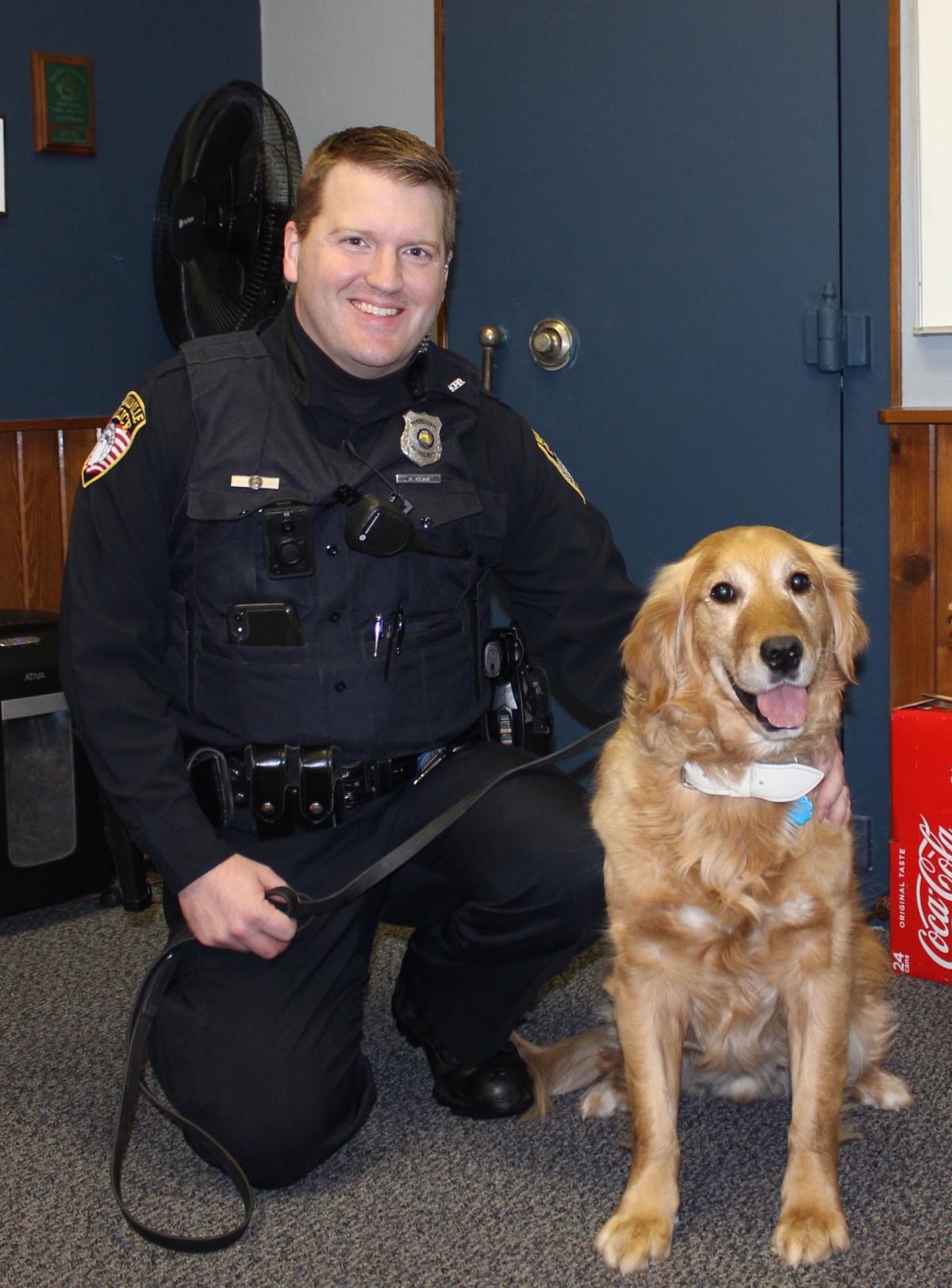 KENDALLVILLE — Before the winter chill hit this month, the hottest thing going in Kendallville may have been the city police department’s K-9 program.

In December, K-9 handlers Sgt. Justin Beall and Robert Kline took more than 100 grams of methamphetamine off the streets. In January, more than 90 grams were seized thanks to their efforts.

“I’m very pleased with both the dogs and both of the handlers,” Kendallville Police Chief Lance Waters said. “They do a really good job.”

Beall went active in May with his springer spaniel Frodo. That same month, Kline hit the streets of Kendallville with his lab/golden retriever mix, Bobi.

They’ve been anti-drug machines ever since.

In the seven months they were on duty in 2020, the two K-9s led police to 158 drug charges, including 73 for methamphetamine.

The dogs are certified to detect cocaine, methamphetamine, heroin, ecstasy and marijuana.

When a suspect vehicle is stopped, the dogs are walked around the vehicle. The handlers watch the dogs closely, looking for what is called an “alert.” Dogs alert in different ways.

“Once the dog alerts on the car, you can search the entire vehicle,” Kline said.

The officers were paired with their dogs before Waters took over as chief in May, but Waters endorsed the idea of taking on K-9s that would concentrate on finding narcotics and in search and rescue situations and not have the aggression component.

Waters said the training period for dogs who don’t have to be trained to be aggressive or bite a fleeing suspect is much shorter. There is also less liability in having dogs that aren’t trained to bite.

“We hadn’t had a K-9 for the department for several years,” Beall said. “It was time we had some to fight the ongoing drug battle in the city.”

The drug battle was first and foremost in Kline’s mind when he decided to become a handler as well.

“The dog is a good tool to have,” Kline said. “It’s a tool we can use to hopefully hold those people accountable.”

Beall said he doesn’t remember his first stop, but one memorable one occurred after Frodo alerted on a vehicle. The subsequent search of the vehicle led to find 20 grams of methamphetamine hidden in a deodorant bottle with a false bottom.

“This is cool,” Kline said. “What we’ve been training, we’re now doing on the street.”

The dogs have exceptional noses.

Waters put it this way — “They smell like we see,” he said.

Having a K-9 dog is very different than having a pet. Getting away for even a full day can be difficult.

K-9s are working dogs, and aren’t really happy unless they are working and have a great drive to do so. A friend or relative can come over and let out a pet or pet sit a family dog. But because of the K-9 officer’s intensive drive, you can’t do that with a working dog.

Then there is the extra time spent training. Every month, the officers have to take their K-9 partners to an eight-hour in-service training in Fort Wayne to maintain their state certification. Training is also done by the officers themselves on a regular basis to keep their animal sharp.

Beall works third shift, which is normally when the city is quieter. Kline works second, which is traditionally the busiest shift on a police department.

Kline, with fewer calls to answer, has more time to deploy his dog. Kline, who is often running from one call to the next, has less time to stop vehicles and utilize his partner.

Both officers are excited to have an extra edge. And that excitement isn’t just for themselves. When Beall is working, the other officers on his shift are more likely to find vehicles that have committed violations to stop since they know a K-9 can be brought over to alert to the presence of illegal drugs.

“It’s been an absolute blast,” Beall said. “It motivates the entire shift.”