East Noble Football Coach Luke Amstutz speaks at the community rally in front of his gathered team, including a front row made up of the Knights’ senior players. 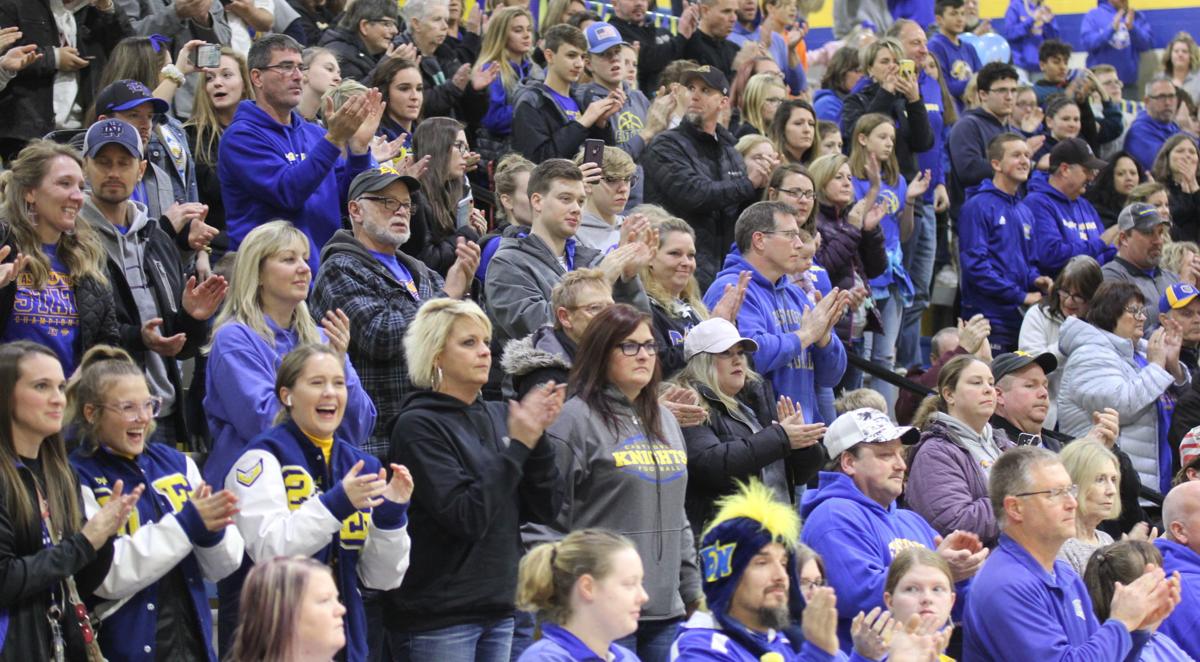 East Noble fans give a standing ovation to football team members as they enter the gym during Saturday night’s community rally.

East Noble football’s seniors stand up to be recognized. 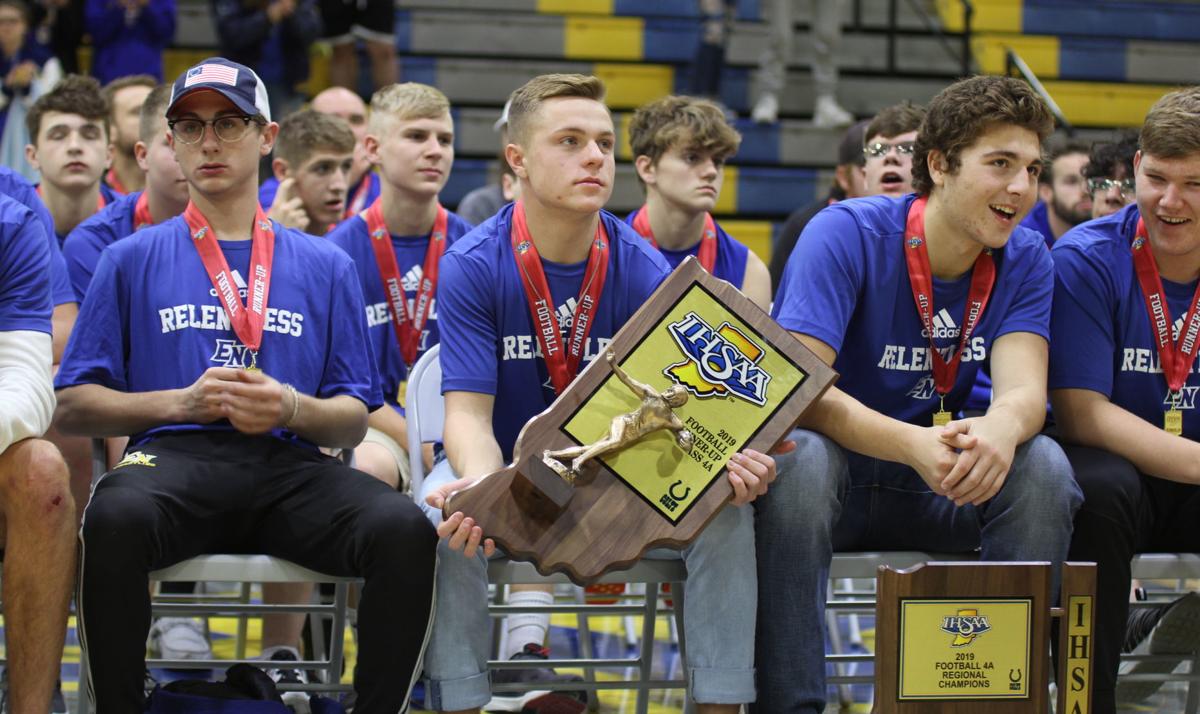 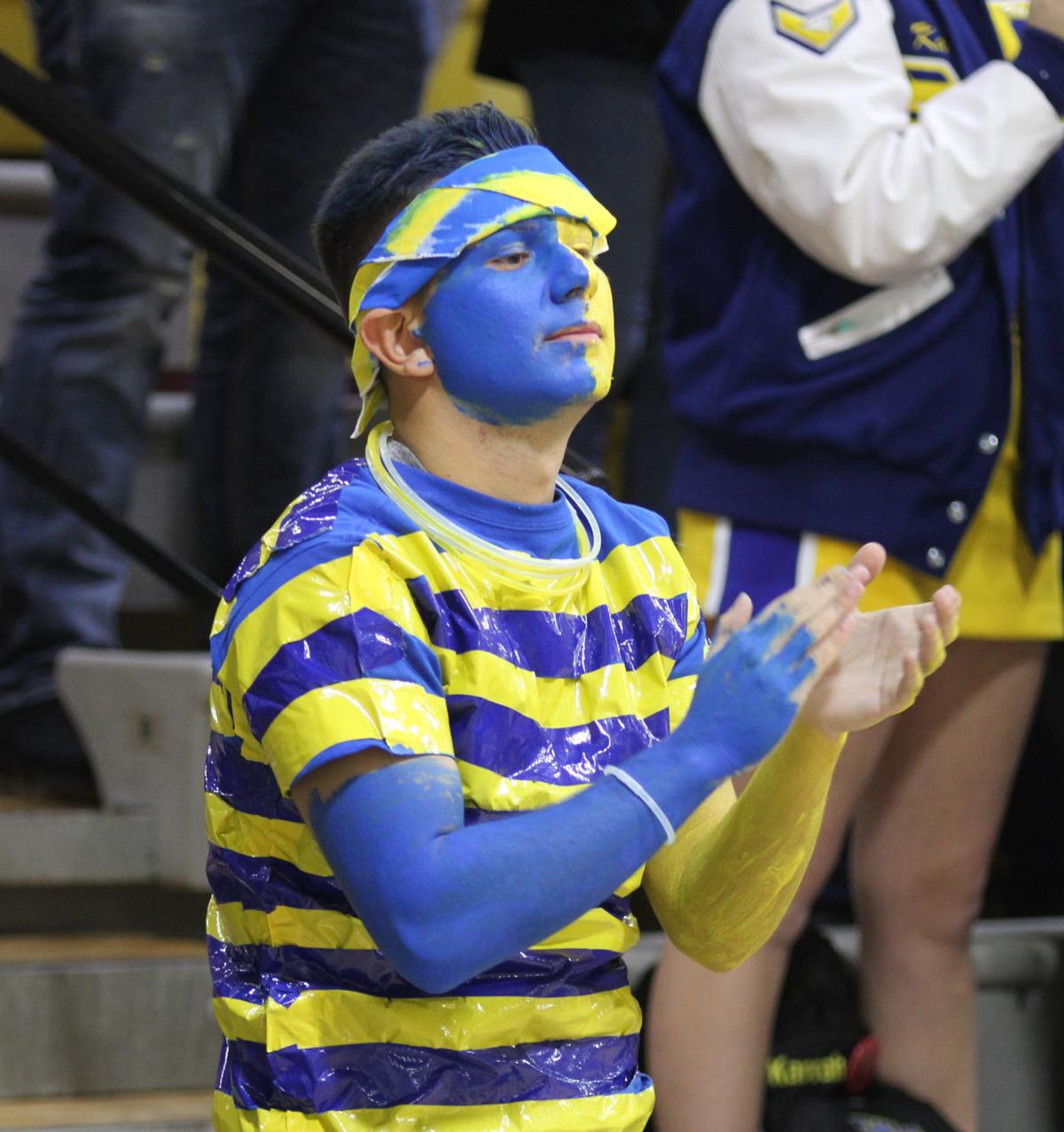 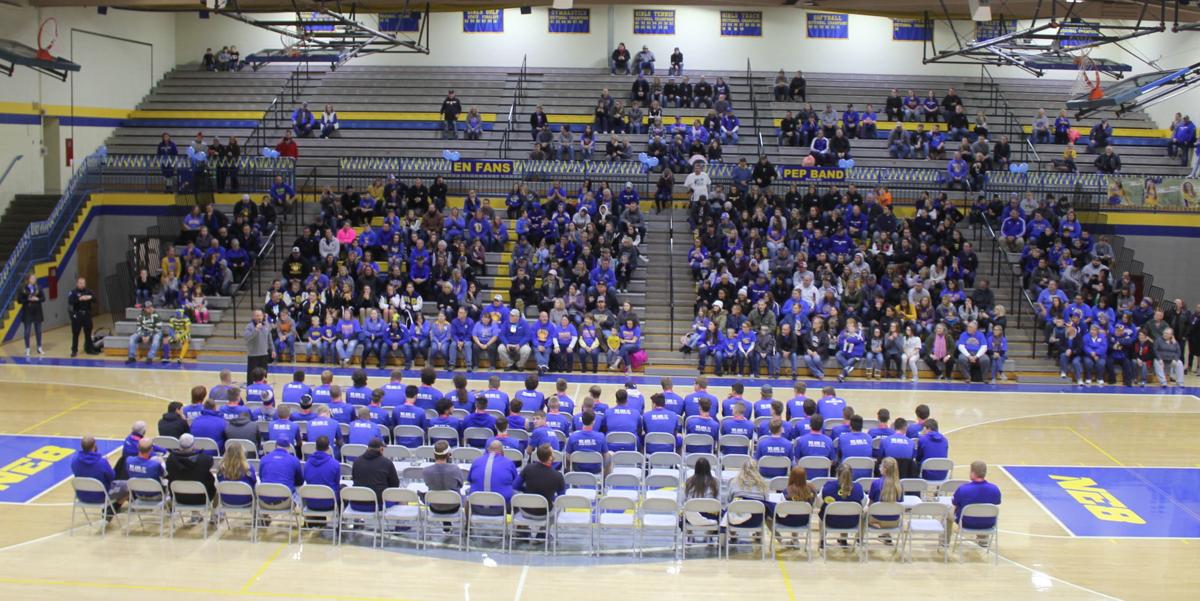 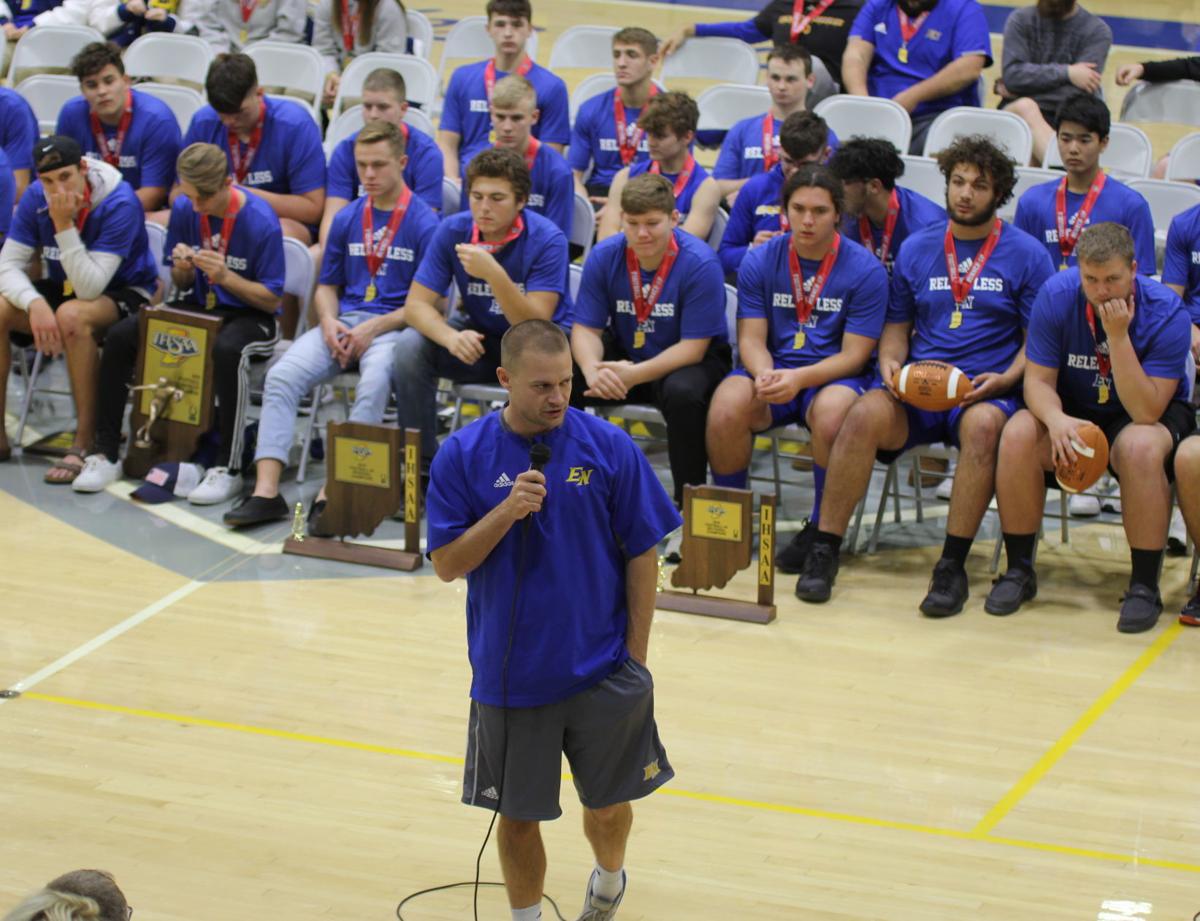 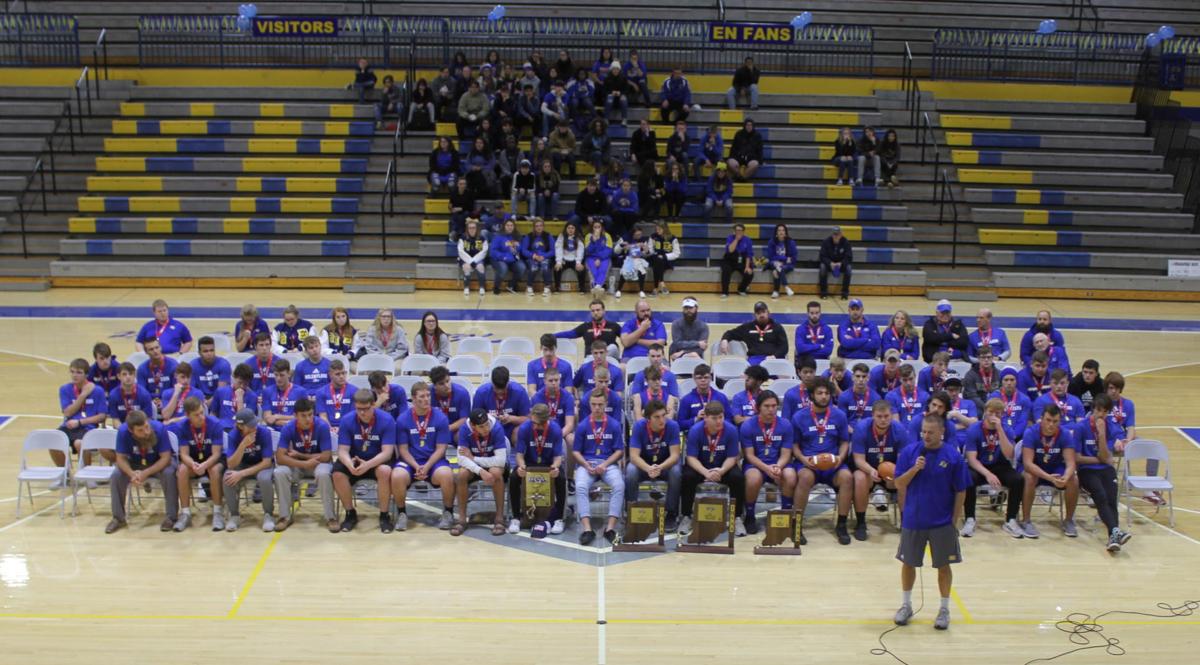 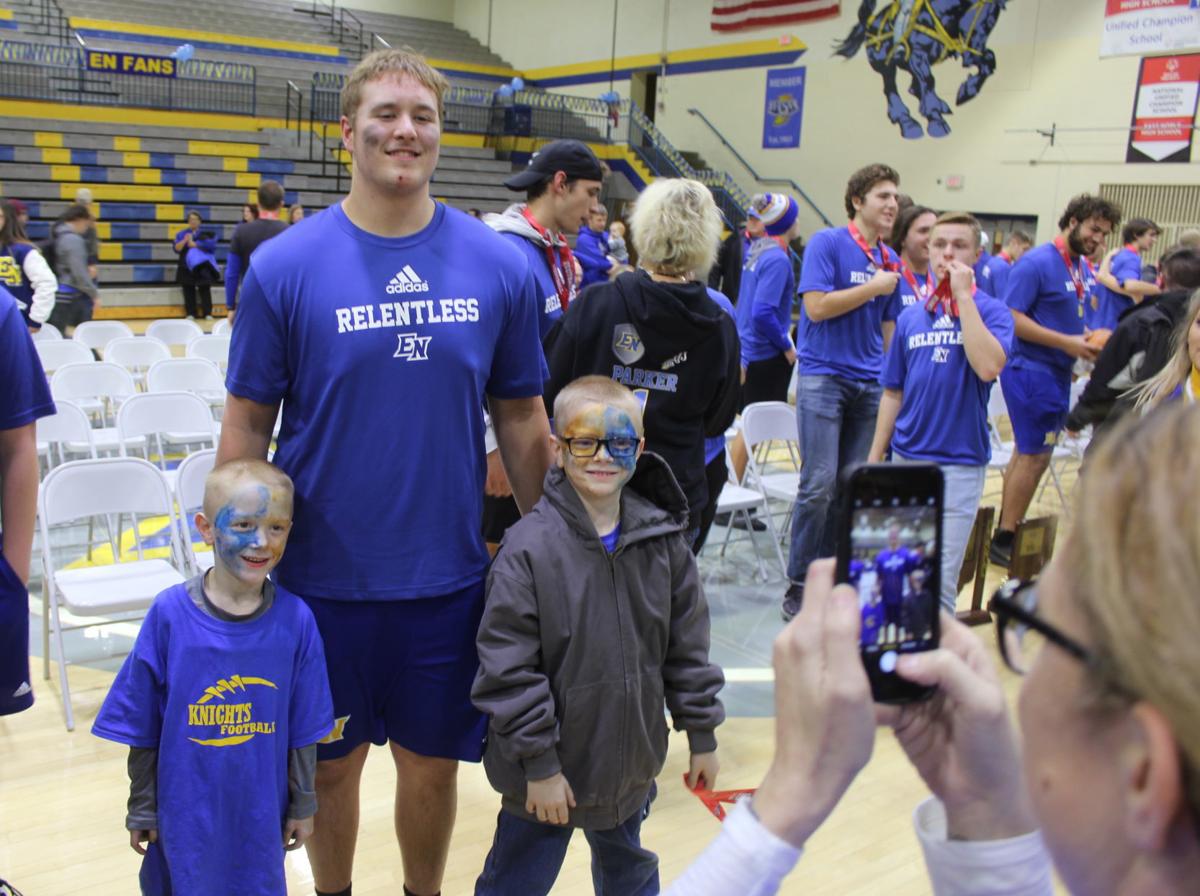 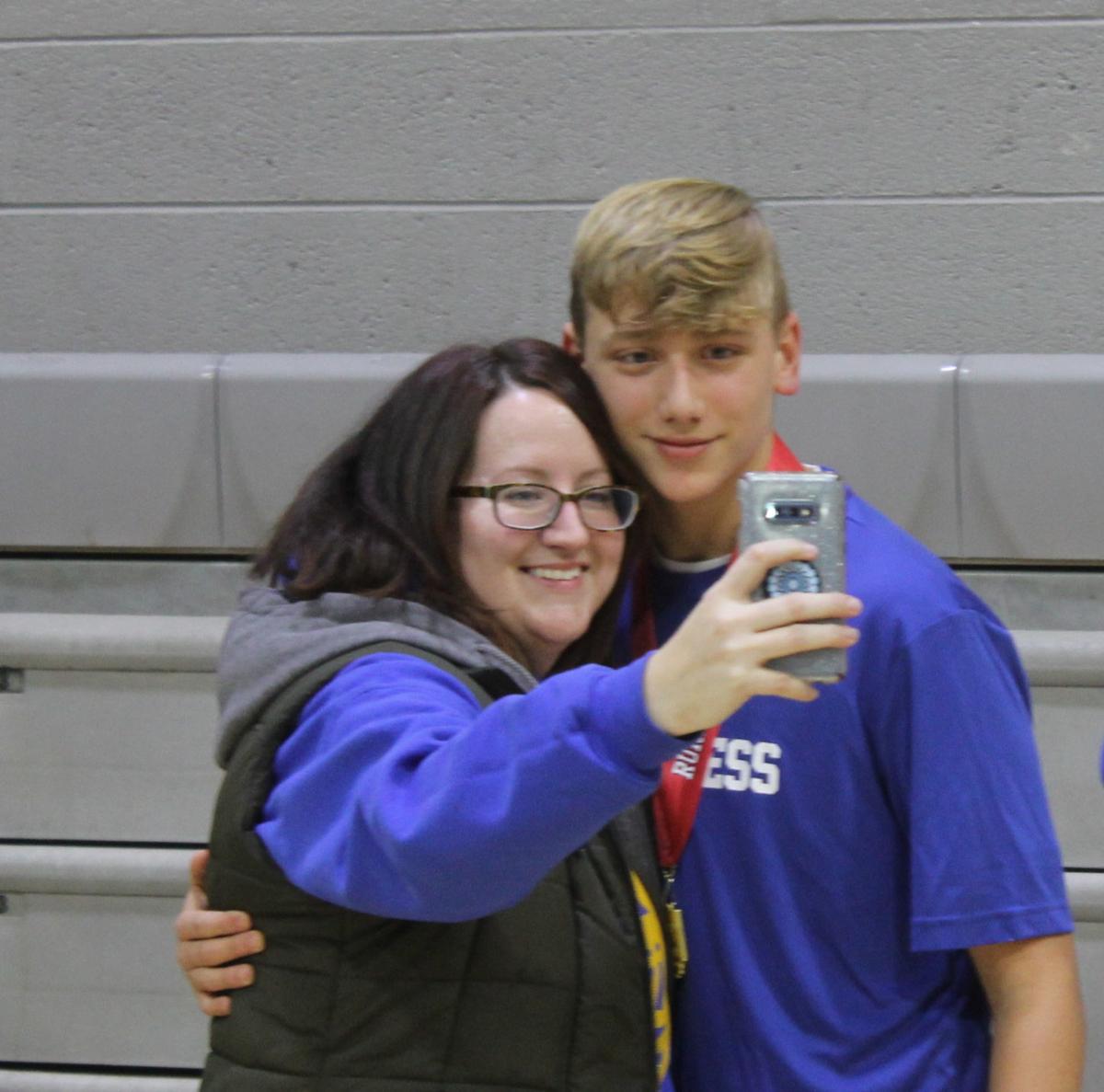 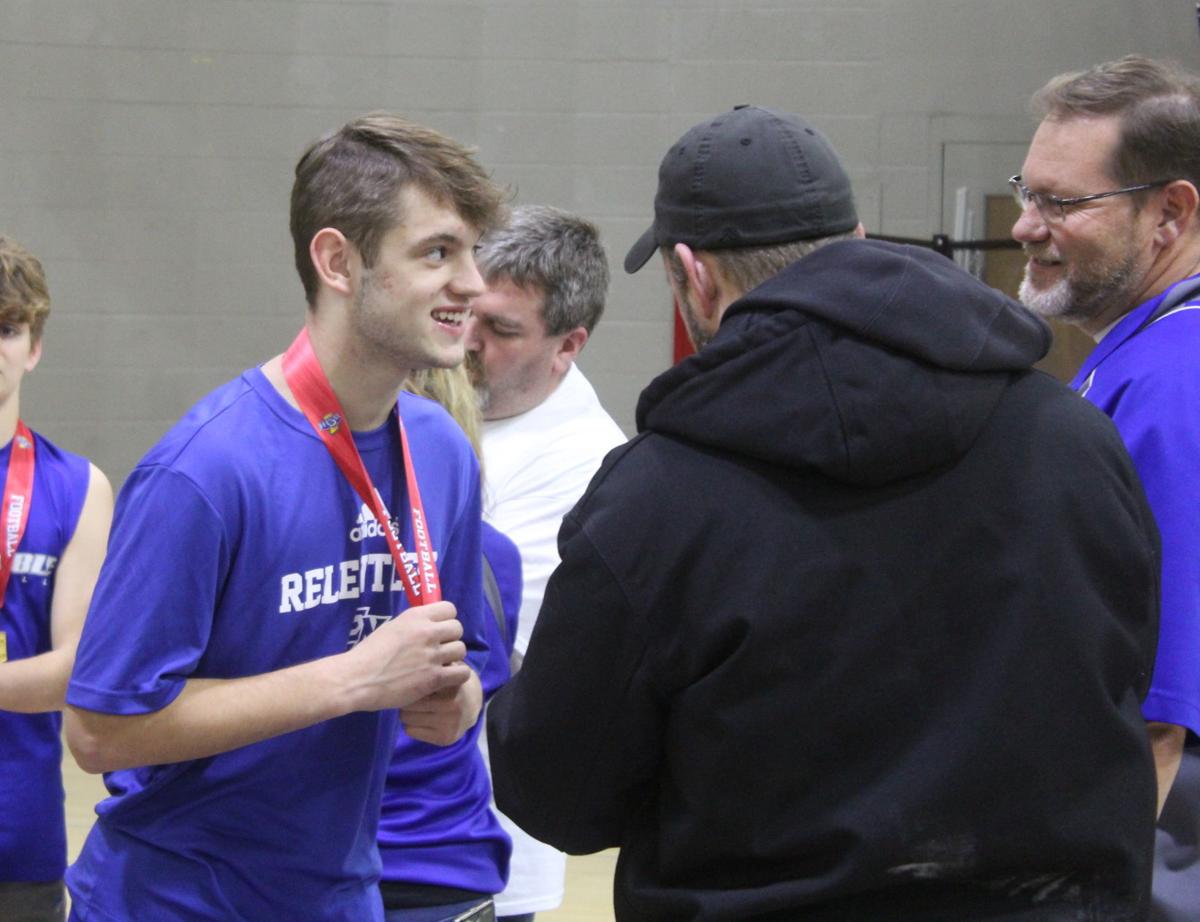 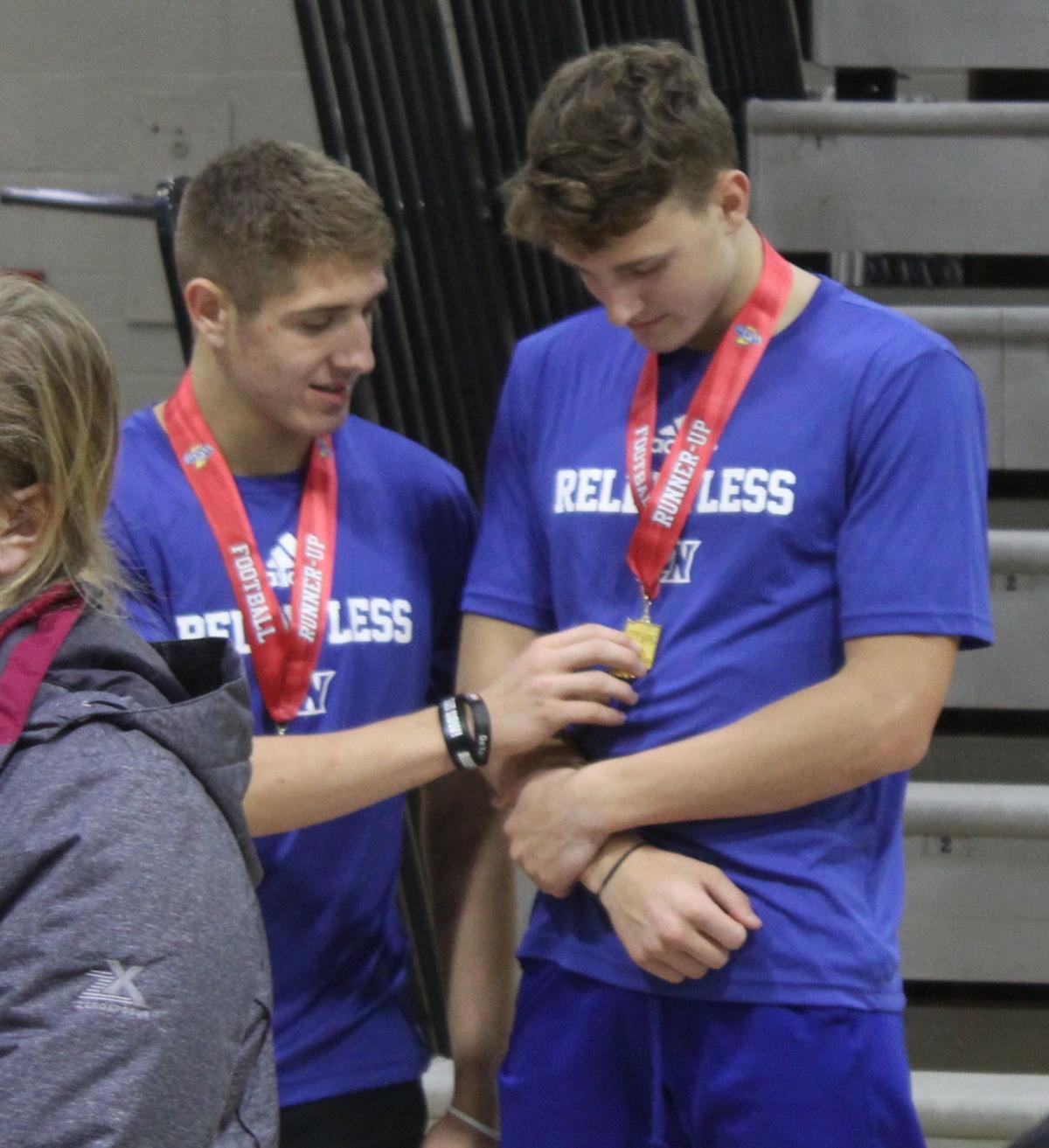 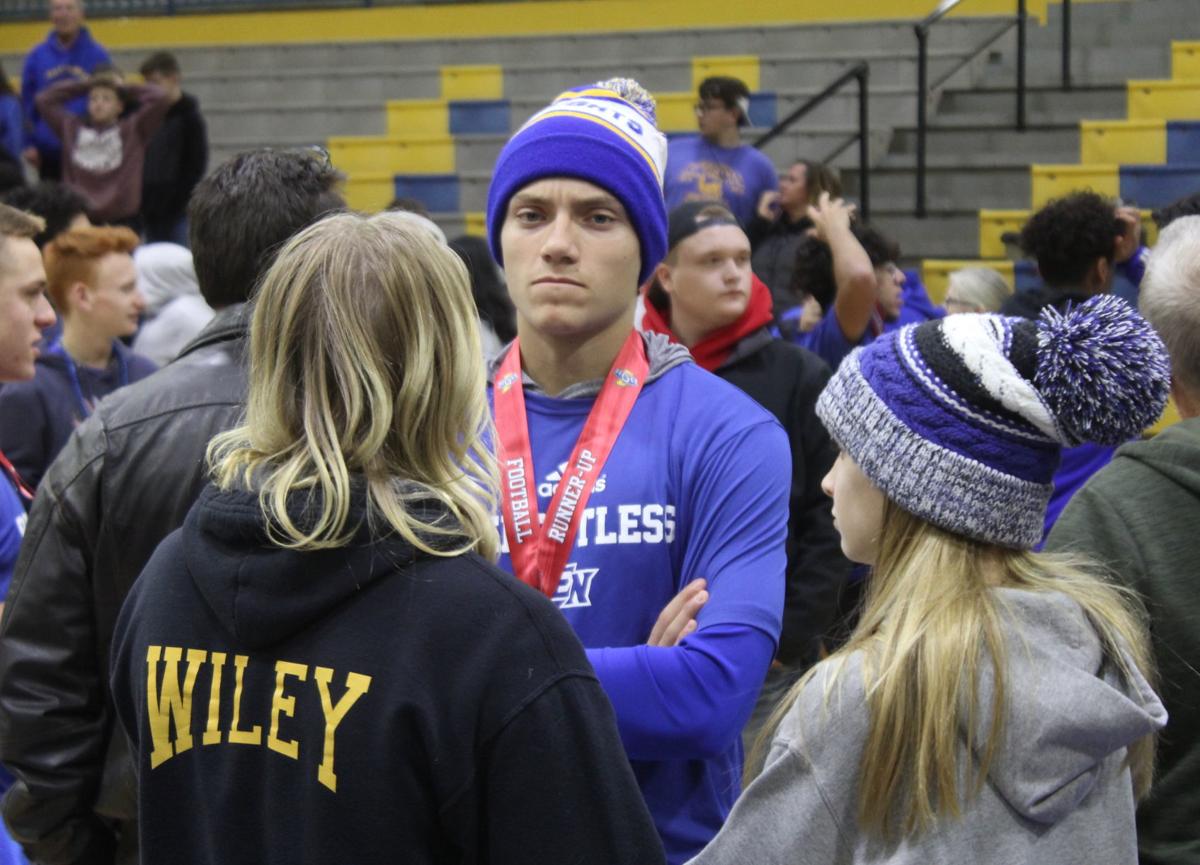 East Noble Football Coach Luke Amstutz speaks at the community rally in front of his gathered team, including a front row made up of the Knights’ senior players.

East Noble fans give a standing ovation to football team members as they enter the gym during Saturday night’s community rally.

East Noble football’s seniors stand up to be recognized.

KENDALLVILLE — There weren’t too many smiles among the East Noble football players, even as hundreds of faithful fans stood on their feet celebrating their successes.

About four hours after falling in a 21-3 slugfest with Evansville Memorial, it’s understandable that finding the silver lining could be difficult.

But by the time the short program ended and players got to mix with their friends, family and classmates, the smiles and laughs were already beginning to surface.

Welcomed home by an armada of fire trucks cruising into the East Noble High School campus lights flashing and horns blaring, the Knights returned to the gym about 10 p.m. Saturday, Nov. 30 for a community rally.

The players, donning their red-ribboned runner-up medals around their necks, sat on the floor amid the roaring adulation of the East Noble faithful who have supported them throughout their state title run.

After a few brief words from Activities Director Nick David, Coach Luke Amstutz took the mic to give a few inspirational thoughts and a lot of thanks back to the students, staff and community.

For Amstutz, the runner-up medals and the second-place trophy that will sit in an East Noble trophy case aren’t what’s important. The 21-3 score, the interceptions, the missed opportunities won’t be what they remember.

In their young lives, the state title game won’t be the most important thing.

“The best parts of their life won’t be right now,” Amstutz said. Graduation, marriage, children, job successes — there will be many more bigger events on the horizon. “They have those big things in store for them and they’re capable of so much more.”

That 2019 runner-up trophy, 20 years from now, that loss at Lucas Oil Stadium won’t be what they remember. What Amstutz hopes they get instead, is that someday, maybe their sons or daughters will come to the high school and see that trophy and ask if that’s their dad in the pictures.

In that way, Amstutz said he’s seen his players grow up in front of his eyes, especially his roster of 19 seniors heading off next year to bigger things.

“They have turned into men from boys and that’s the thing that makes me most proud,” Amstutz said. “I’m awful proud.”

To the community, the coach said the thank yous will have to wait, because in the excitement and exhaustion of Saturday, there was no way he could muster the appreciation needed.

“I just want you all to know this is the experience of a lifetime for a lot of us,” he said. “The outpouring of love, the willing to help, it means so much.”

After the coach’s brief speech, fans were invited to the floor to take pictures with East Noble’s football hardware and the players.

All around the floor of the Big Blue Pit, those stern, tough, sometimes disappointed faces began to fade away.

With lots of encouragement, lots of handshakes, lots of hugs and love overflowing, the smiles had already begun to creep in.