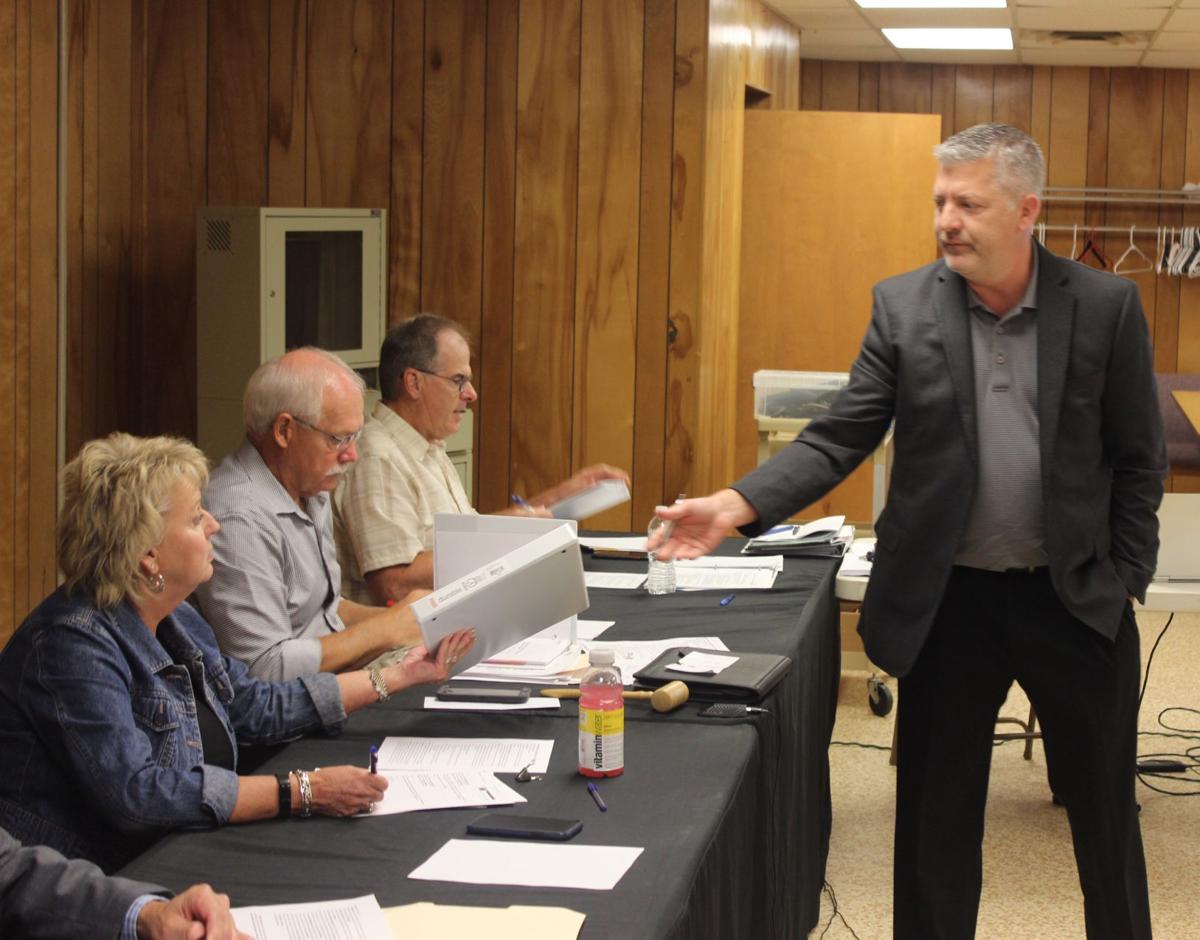 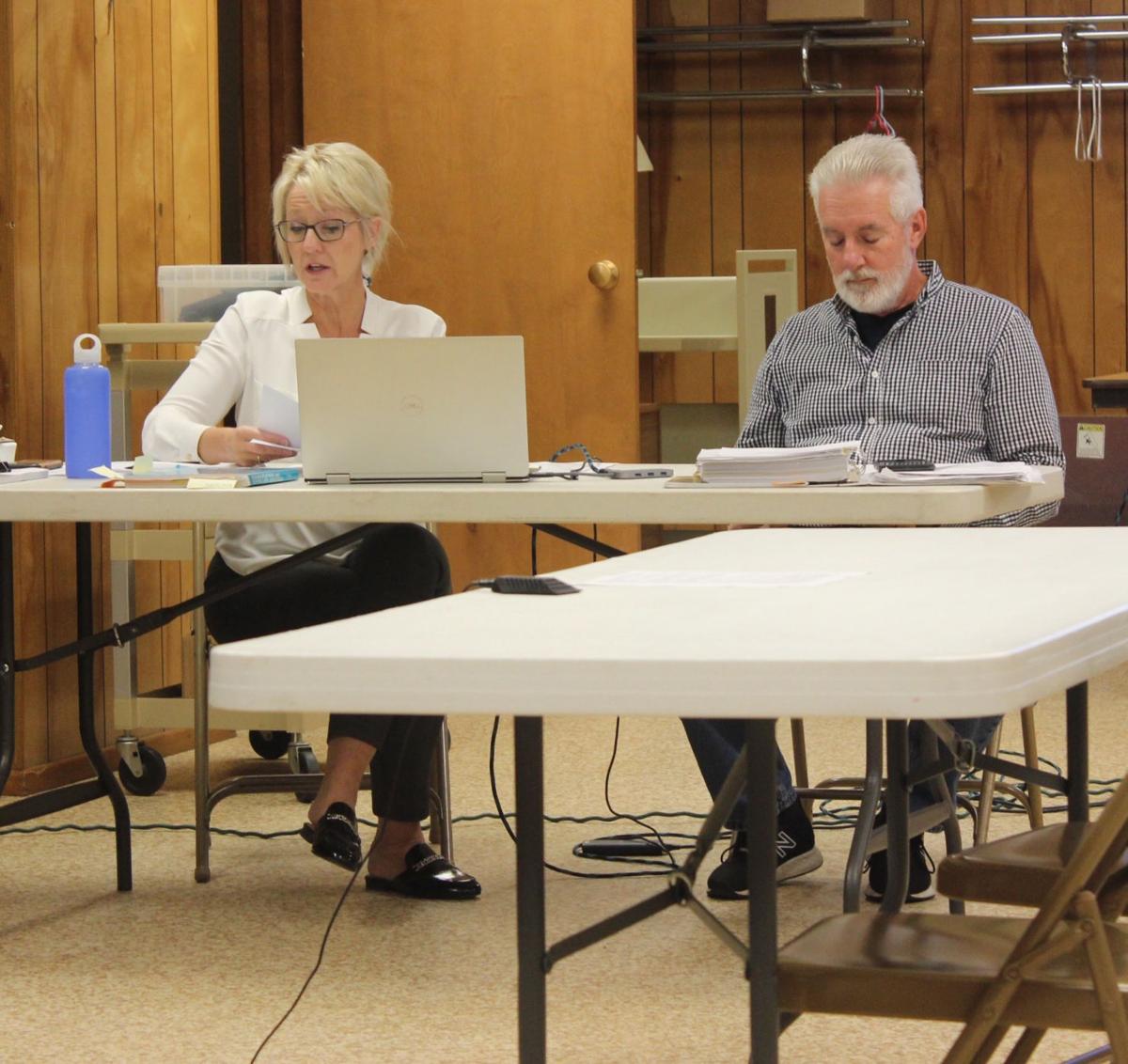 “This is a work in progress,” Noble County Commissioner Gary Leatherman said. “We want to get it right the first time.”

The commissioners voted 3-0 to reject the current Commercial Solar Energy System Over Lay District proposal approved on Sept. 16, sending the issue back to the plan commission. The issues discussed Tuesday involved tweaking the proposed ordinance, not an overhaul.

The plan commission could take up the issue as soon as its Oct. 20 meeting. If it passes the ordinance with changes recommended by the commissioners, it would be sent back to the commissioners for potential adoption.

According to Noble County Plan Director Teresa Tackett, the over lay does not alter original zoning designations.

“The base zoning will change,” Tackett said. “The overlay use is the only additional use allowed.”

The commissioners did pass an ordinance dealing with residential and business use of solar. The ordinance sets guidelines for rooftop or ground-mounted solar operations generating less than 40KW “for the purpose of the generation of electricity to meet or offset all or part of the electrical need on the premises.”

That ordinance will be part of the county Unified Development Ordinance.

The plan commission’s commercial zoning ordinance, however, has met with some opposition.

The plan commission has been going over the requirements for a commercial solar field for months, spurred on by legislation proposed at the state level which would have set the requirements for solar fields throughout the state if a county did not have its own rules in effect. That legislation did not pass, but there is a concern it will be brought up in coming legislative sessions.

North Carolina-based Geenex, a solar energy company, has been offering land owners $900 per acre per year in a corridor that follows high voltage electric lines already in place in northcentral Noble County. The company is also proposing to pay the property taxes for those properties.

The proposal being discussed Tuesday was not focused on Geenex’s interests, but is intended for any company wanting to create a large solar field.

Emily Williams, director of development for Geenex, spoke in favor of the ordinance, going so far as to say including a professional in the solar field be brought in to evaluate each proposal as part of the application process.

“It is a good idea, really,” Williams said.

Following the meeting, where numerous concerns were aired, Williams said she hadn’t heard anything that would be a deal breaker as far as her company was concerned for its plans in Noble County. Her company couldn’t act, however, until Noble County had set its ground rules for such a commercial solar development.

She did bring up an issue broached by Fort Wayne attorney Jason Kuchmay, who said he represented a group of Noble County residents opposed to the proposed ordinance.

Among Kuchay’s request for the ordinance changes included a guarantee from the developer that property values would be maintained.

Kuchay cited a study done in Rhode Island that showed a detrimental impact of a commercial solar field on neighboring property owners. He wanted something put in the ordinance requiring a developer to insure property values are not lost due to the project.

Williams said that was a concern because there are a multitude of factors which can affect a property’s value. Included in those factors, she said, were if a confined animal feeding operation moved in across the way, a multitude of junk vehicles being piled up on an adjoining property.

“There are other factors that impact a property’s value,” Williams said. “How can we be sure it is the solar detracting from that property?”

Kuchay also wanted the ordinance to require a developer to spell out a fire protection plan as well as a detailed plan should the solar field be decommissioned.

Leatherman said a fire was also a concern he had. He said he discussed with an area fire chief how they would fight such a fire, and the fire chief had no set plan.

“We need to go down that path,” Leatherman said.

Kuchay further urged caution, saying the impacts of a large solar field could be great.

“They are substantial and they are long term,” Kuchay said. “This could literally change the landscape for a substantial amount of time.”

Noble County Economic Development Corp. Executive Director Gary Gatman spoke in favor of the solar ordinance, saying he had conservatively figured a $30 million tax benefit over the 30-yearlife of the project to the county with the development of a large scale solar field.

“I never want to sell the interests of Noble County to big bucks,” Leatherman said. “My thought process is to be fair to all Noble County property owners.”