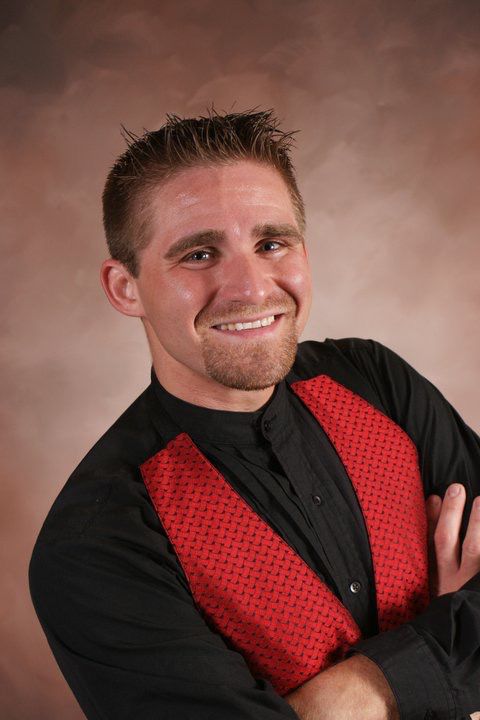 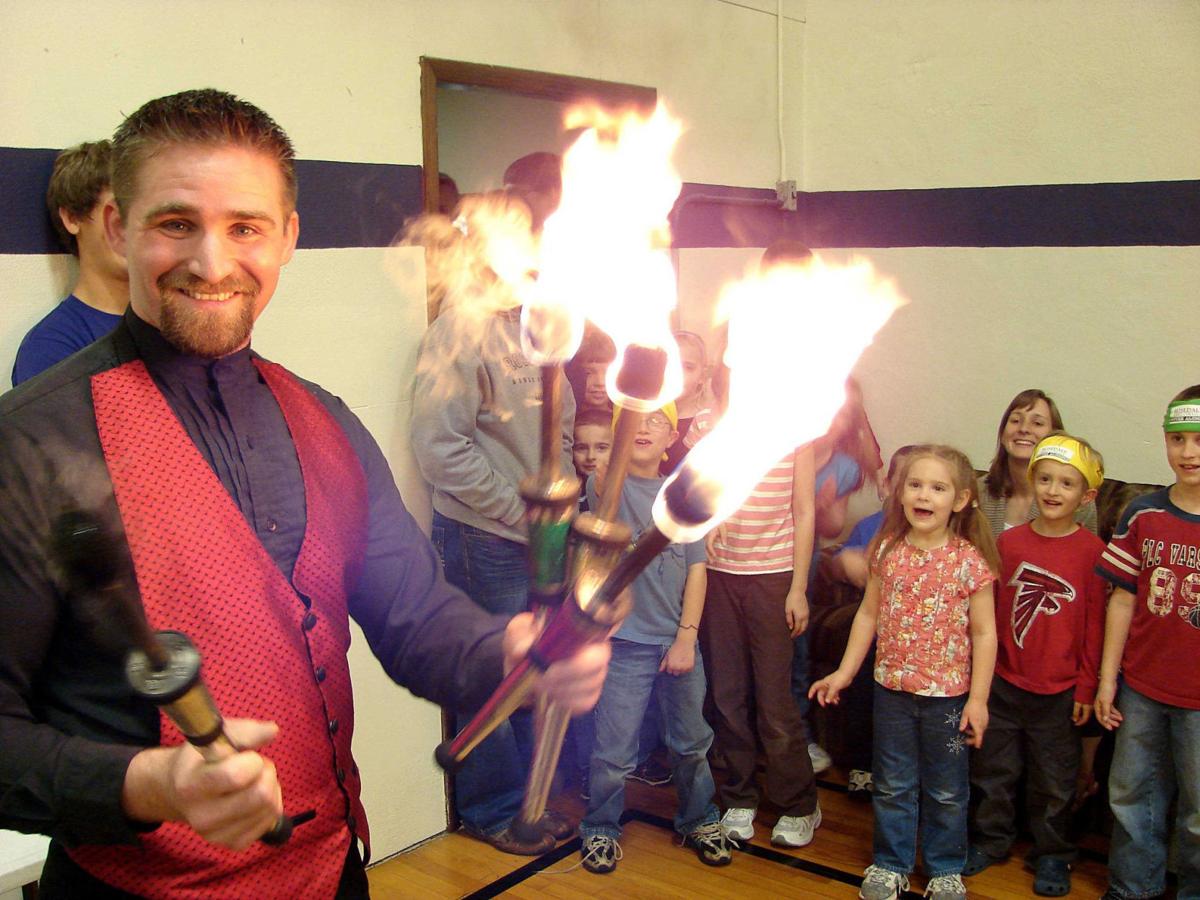 Juggler LaMar Yoder holds three flaming batons he juggles with to entertain a group of small children. Yoder first saw a juggler as a fourth grade student at Shipshewana-Scott Elementary School and has been juggling ever since.

Juggler LaMar Yoder holds three flaming batons he juggles with to entertain a group of small children. Yoder first saw a juggler as a fourth grade student at Shipshewana-Scott Elementary School and has been juggling ever since.

He works for a siding company on homes around the area, and installs and finishes hardwood flooring. But it’s his third job, entertaining as a juggler, that is closest to his heart.

Yoder, 37, is a fixture around northern Indiana. A self-taught juggler, he works schools, shows, parades, fairs and every in-between. Yoder fell in love with juggling as a fourth-grade student at Shipshewana-Scott Elementary School, where he saw his first juggling show.

“They had a professional juggler come in and do a show for us. I just thought it was the most amazing thing in the world,” he remembered. ‘So I went home and started practicing with tennis balls and golf balls and within about two days, I’d taught myself how to juggle three balls.”

Yoder basically kept his talent to himself, practicing at home and getting better as he grew up, and finally, in high school, he entered a school-wide talent contest. Yoder remembers wishing a talent scout might just show up looking for a new juggling act to promote.

Of course, that didn’t happen, but Yoder did realize he liked the stage and soon started dreaming of becoming a professional juggler.

Yoder will be the first to admit becoming a professional entertainer isn’t easy. Help wanted ads seeking professional jugglers are few and far between.

So once out of school, Yoder has worked hard practicing his craft. Yoder said juggling works for him because it fits his personality. Juggling, he said, requires an extraordinary amount of concentration, something he’s capable of doing.

“It takes a tremendous amount of focus when you’re trying to learn something new like juggling,” he explained. “But once it becomes a routine, it doesn’t require near the focus. But for some reason, I seem to have a natural gift for rhythm and timing.”

“You have to match rotation speed with height, that way the club handle comes down to your hand when you want to catch it,” he said.

His regular show lasts about 30-40 minutes, his ministry show lasts a little longer. Yoder also is the president of the Christian Jugglers Association.

Right now, he is trying to build toward a full-time career as a juggler. Yoder said he worked hard over the last couple of years learning as much as he can about the business side of entertaining, learning how to find gigs, and creating and writing new material for his act.

“I was hoping I could be full time by the end of this year, but it may take until next year, depending on how many new gigs come in,” Yoder explained.

Yoder said he still enjoys performing for kids and school, and maybe, just maybe, introducing another child to the world of juggling.

“I know that’s how I got inspired,” he said. “I love juggling and I’ll teach anyone who wants to learn. I know I’ve started a few people on the way. I even got to perform at Shipshewana-Scott, and it was neat to go back to that same gym where I saw my first juggling show.”

Wherever and whenever, you’ll find Yoder entertaining kids of all ages with everything from balls, to clubs, to knifes, to flaming batons.