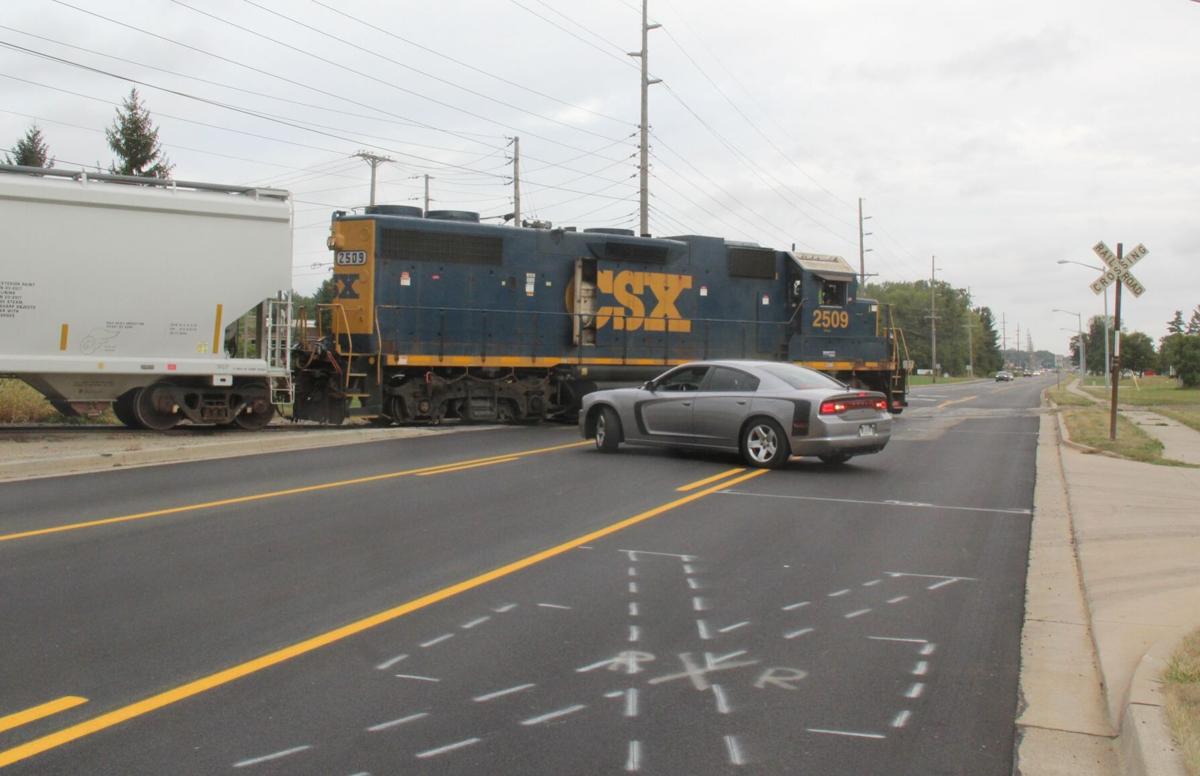 An Auburn police car blocks traffic on South Grandstaff Drive as a CSX train uses the Auburn Port Authority tracks to deliver a hopper car to the Rieke Corp. 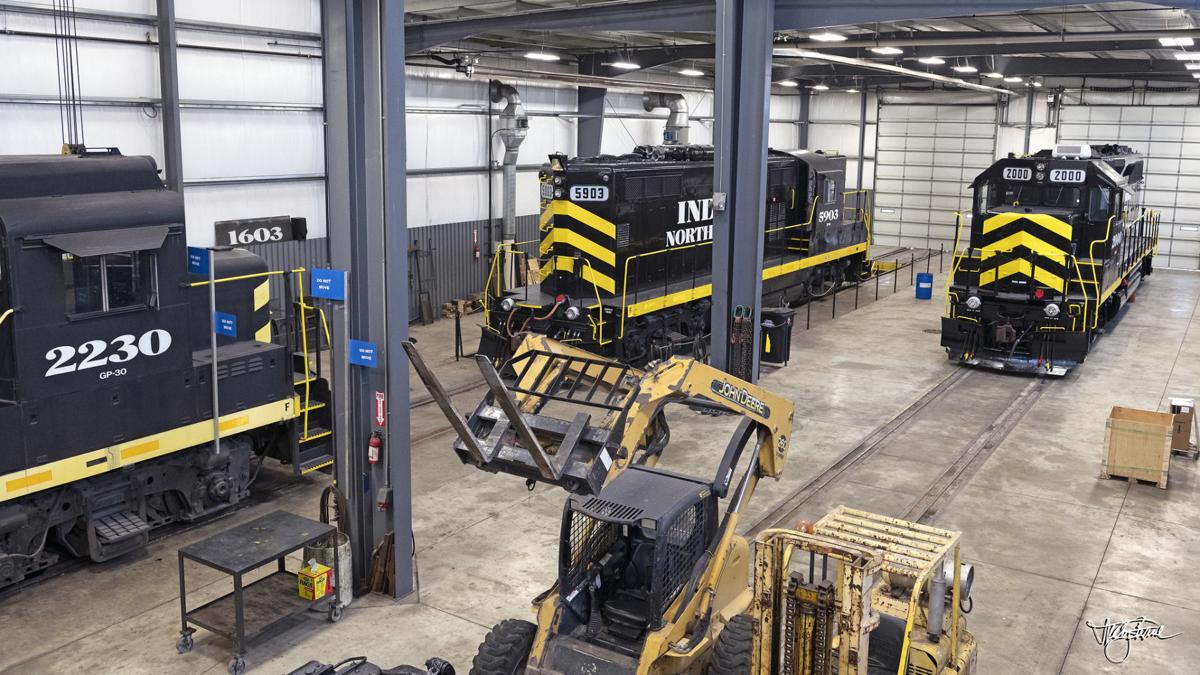 In addition to serving a variety of customers through northeast Indiana, the Indiana Northeastern Railroad operates a locomotive maintenance and repair shop in Hudson.

An Auburn police car blocks traffic on South Grandstaff Drive as a CSX train uses the Auburn Port Authority tracks to deliver a hopper car to the Rieke Corp.

In addition to serving a variety of customers through northeast Indiana, the Indiana Northeastern Railroad operates a locomotive maintenance and repair shop in Hudson.

Do you drive over a section of railroad track and wonder when the last time it was used?

While some of tracks in northeast Indiana no longer have the connections they once did, the shortline railroads who use them provide important links in a larger chain.

Two shortlines and a port authority are active in DeKalb, LaGrange, Noble and Steuben counties.

It operates with 13 employees and serves 22 customers, including 12 in Indiana, according to Andrew Hershman, director of marketing and sales for the railroad.

The railroad serves several companies in Ashley: Carper Farm Supply, Klink Trucking, K-Tech Specialty Coatings and Stoy Farms. In addition, there are two locations where transload customers — who do not have access to a rail spur — can drive trucks to ship products.

“The Indiana Northeastern is very eager to handle the traffic needs of industry in northeast Indiana,” Hershman said. “We are always looking to work with our local business to see how rail can benefit their operations.”

The railroad handles between 5,000-6,500 carloads a year, he added. A carload reflects one loaded trip, but not the return trip back to the origin or destination.

In Indiana and northwest Ohio, the east-west line was once part of the Wabash Railroad’s Fourth District, that ran between Toledo, Ohio and Chicago, passing through Hamilton, Steubenville, Stroh, Topeka and Wolcottville.

The Kendallville Terminal Railway Company is one of 15 shortlines owned by Pioneer Lines. Headquartered in Colorado, Pioneer Lines operates railroads in 12 states.

The KTR segment handles aggregates and food products, and as a handling line carrier, is able to interchange rail cars with the busy Norfolk Southern railroad that crosses the city. KTR operates a 1-mile spur, but total trackage is 2.3 miles, according to Jodi Heath, director of business development for Pioneer Lines.

The KTR handles about 600 cars each year. In a typical week, Heath said rail cars are handled every Monday, Wednesday and Friday to or from the customer to the Norfolk Southern connection. Customers are charged per car for this service.

The KTR was once part of the former Grand Rapids & Indiana line that ran between Fort Wayne and Kendallville, connecting Cincinnati, Ohio and Mackinaw City, Michigan. It crossed South Main Street just south of the Kraft Heinz facility and passed through Avilla before reaching Fort Wayne. It also crossed U.S. 6 near the Arby’s restaurant in Kendallville before reaching Michigan.

The railroad marketed itself as the “Fishing Line” because of its connections to popular vacation destinations.

Pioneer Lines also operates the nearby Napoleon, Defiance & Western Railway, a 58.2 mile segment between Woodburn and Liberty Center, Ohio. The line interchanges with Norfolk Southern at Woodburn and with the CSX in Defiance, Ohio.

The City of Auburn Port Authority is different from the others in that it does not own or operate trains. Instead, it maintains a one-mile rail spur that connects to the CSX Railroad at Auburn Junction. The rail spur ends just north of West 5th Street. That segment was once part of the Fort Wayne & Jackson.

CSX trains use the spur to deliver about 25 hopper cars per year to Rieke Corp. at 500 W. 7th St. The Port Authority is also responsible for repairs at multiple crossings, including 5th, 7th, 9th, 11th and 15th streets, West Ensley Avenue extended and Grandstaff.

“The shortline railroad story is usually a very unique one,” Hershman said. “Often formed out of the dust of a larger railroad on the verge of abandonment, desperate shippers and communities, knowing they would be at a disadvantage without rail access, would often save these lines from being forever torn up.

“They are usually the most robust, creative and determined railroads to survive against the odds.”