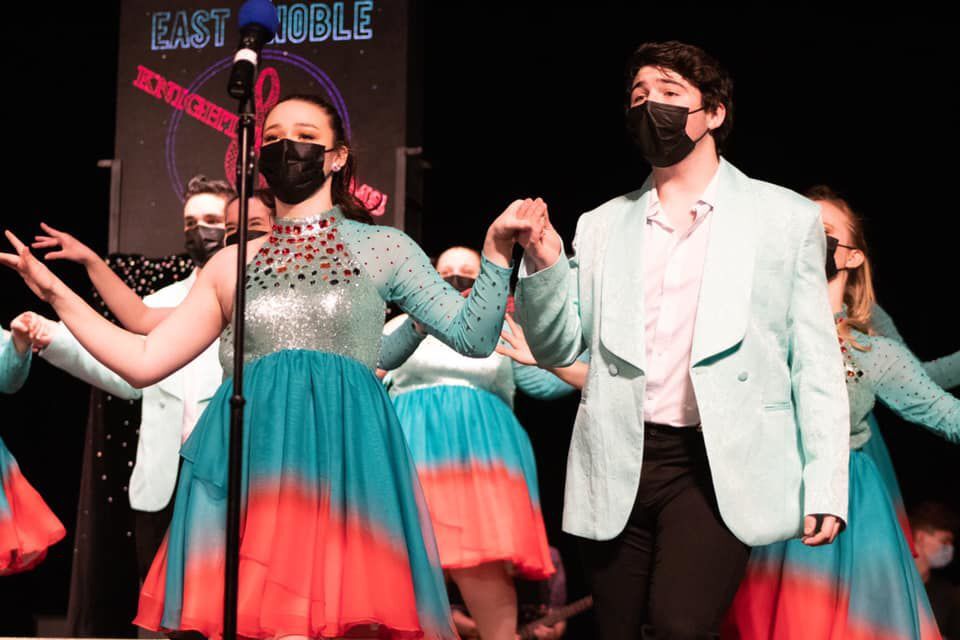 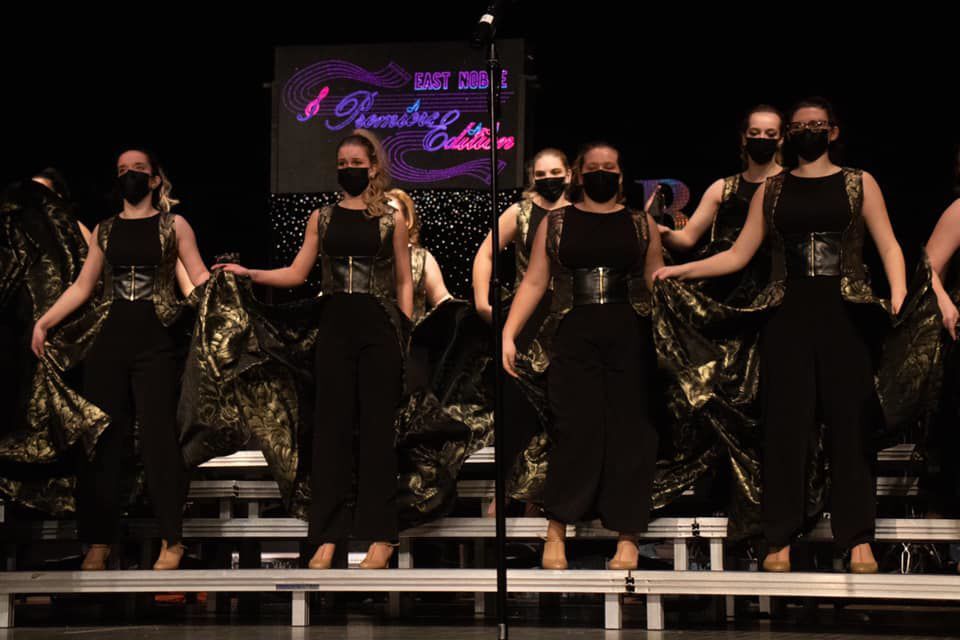 KENDALLVILLE — COVID-19 may have delayed, but it hasn’t canceled this year’s show choir season as East Noble groups opened their season this past weekend at the DeKalb Invitational.

Students were extremely excited to be taking the stage once again after an abrupt end to last season. The weekend looked quite different than past performances with masks while singing, limited audience seating, masks required for audience and teams exiting the building immediately after performing, but the show has gone on.

East Noble’s Premier Edition all-girls choir placed 4th runner up in the unisex division, but received the second-highest vocal scores in that division.

Premier Edition’s show is spy-themed this year, as a band of empowered ladies set out to save the world. Knight Rhythms’ show this year is themed off the 1990s geography game show “Where in the World is Carmen Sandiego?”

“The kids performed extremely well. It was a great first performance. Being the first performance of the day is always a challenge. The final results don’t show the closeness of the competition,” choir director Chris Mettert said of opening weekend.

East Noble has a full competition schedule planned for the COVID-crunched year, with groups traveling to Homestead this Friday to perform at 7:45 p.m.

On Feb. 27, East Noble will host its annual invitational, however as an all-virtual event. East Noble has 15 schools from across the United States registered to compete and a different twist on the annual competition compared to the last 23 years of hosting.

Following that, East Noble will compete at Northridge on March 6 as well as in a Digital Invite in New Hampshire. On March 13 teams will compete at Fairfield and Garrett and on March 20 they are slated to compete at Bishop Dwenger.

The Knights will close out their season April 17 at Northrop.

ISSMA has canceled state finals for the year, but the northeast Indiana choir directors are committed to providing the students with a full season following recommended safety precautions.