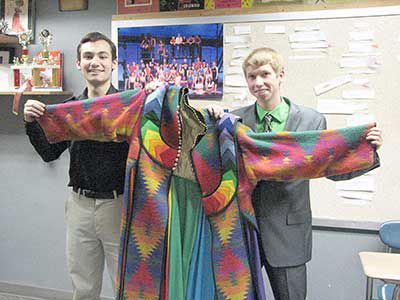 Josh Ogle, left, played the co-lead in “Joseph and the Amazing Technicolor Dreamcoat” at East Noble High School in 2013. 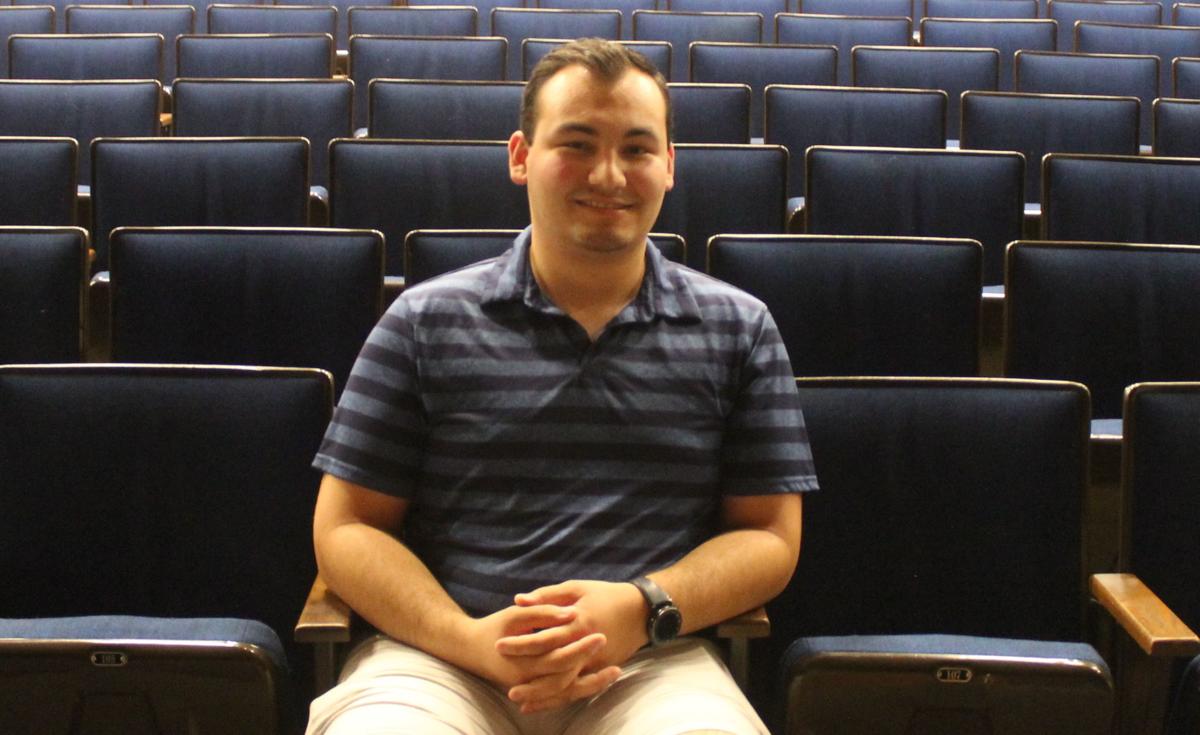 Josh Ogle sits in the first row of seats in the Cole Auditorium at East Noble High School. Ogle, a 2014 East Noble alumnus, was hired to be the next East Noble Theatre director.

Josh Ogle, left, played the co-lead in “Joseph and the Amazing Technicolor Dreamcoat” at East Noble High School in 2013.

Josh Ogle sits in the first row of seats in the Cole Auditorium at East Noble High School. Ogle, a 2014 East Noble alumnus, was hired to be the next East Noble Theatre director.

KENDALLVILLE — During his four years of high school, you could find Josh Ogle playing a leading role on stage in East Noble Theatre productions.

Now he's playing another leading role, albeit it a slightly different one, as East Noble High School's newest theater director.

If you want a director to carry on the theater program's legacy, why not hire a homegrown, experienced acting alum?

"I think East Noble was definitely looking for somebody that knows the program like the back of their hand and I certainly do with my years of involvement, somebody that the community knows," Ogle said about being picked as the fourth director in school history. "I can go out to the store and I can almost run into five or 10 people I know and I think East Noble was looking for that, that kind of community touch I have to offer."

Ogle was hired on as the next theater director after the departure of Chloe Hines, the successor to East Noble mainstay Craig Munk, who put in 50 years leading the program. Hines, who worked as a student teacher under Munk in 2015, served for two seasons before moving on.

Ogle, 22, is about a fresh out of the Munk school of theater as a Knight alumnus can get. A 2014 graduate, his career on the East Noble stage started back in 2005 when he filled a youth role as Michael in the school's production of "Peter Pan." In eighth grade, he was cast in "West Side Story" and the annual Raise A Ruckus show before even entering the doors of the Kendallville high school.

From his freshman to senior year, his list of theater credits is too long to recite off the top of his head.

An experienced actor, Ogle also brings some directorial chops to the job as well. While in school, he co-directed a musical as part of a student directing program as well as helped direct "The Jungle Book." After graduation, he led the Christmas spectacular put on by Gaslight Playhouse and is currently directing the community theater's production of "An Evening with Rodgers and Hammerstein."

His method for directing is to work with the cast and build them up. While the technical aspects are critical, getting actors to buy into the production will pull out their talent and their desire to put on a great show.

"Really the most important thing is having a good relationship with the cast, letting them know what they’re doing is valued by me, by the community and hopefully they value what they’re doing as well," Ogle said. "I think really just putting that mindset in them that the arts are important, they are continuing to build the arts community and the arts program here in Noble County, in Kendallville."

And although Munk is now retired from East Noble, Ogle still considers him a resource he can consult for advice.

"He was a tremendous teacher, one of the greatest, if not the greatest teacher I ever had. He just had a way of pulling that excellence out of myself and hundreds of hundreds of students over the last 50 years," Ogle said. "I always went to him for advice and 'What should I do?' and 'How should I go about this?' He’s always one of the first people I text after the show if he saw it.

"He’s never shy about telling me his opinion and I really admire that and today he’s just a great friend and he’ll continue to be a mentor to me in this position," Ogle said.

The 2018-19 theater season productions have been decided, Ogle said, but in keeping with tradition, the lineup won't be revealed until Raise A Ruckus at Kendallville Apple Festival this fall. Still, Ogle dropped a few hints about what to look for in his debut season.

"People can expect big, traditional Broadway-like theater, two big Broadway shows. One is a little bit older, one is pretty recent and I think the community is really going to like it. The community should leave the auditorium with a smile on their face, both really feel-good musicals," he said.

That's the goal. For Ogle, a kid who wasn't really an athlete and whose parents signed him up for a summer Gaslight program to help him find his niche, one that he instantly fell in love with, creating the new generation of actors and actresses happens from the stage.

Just a few years ago, the youngsters sitting in the crowd were sitting there watching him perform and, he hopes, wanting to be the one on stage in the spotlight. That's how the East Noble pipeline of talent stays full and that's how the arts grow in the community, he said, by inspiring that next wave of performers.

Even two years since retirement, the Munk legacy is still front and center in East Noble — his name is stamped on the Cole Auditorium stage, after all — and maybe there will always be little of Munk's spirit in the theater. But in time, Ogle wants make his own mark on the East Noble theater program that raised him.

"A lot of his influences will always be present and me I got to him for all sorts of guidance," he said. "But I will have my own spin on things."

He'll get that chance now.

As far as casting goes, this may be the best role yet for Ogle.

"I’m very honored. I love this community. I love this theater program. I hope we can grow the arts in Kendallville, Noble County, keeping kids interesting and proud of what they present on stage," he said.