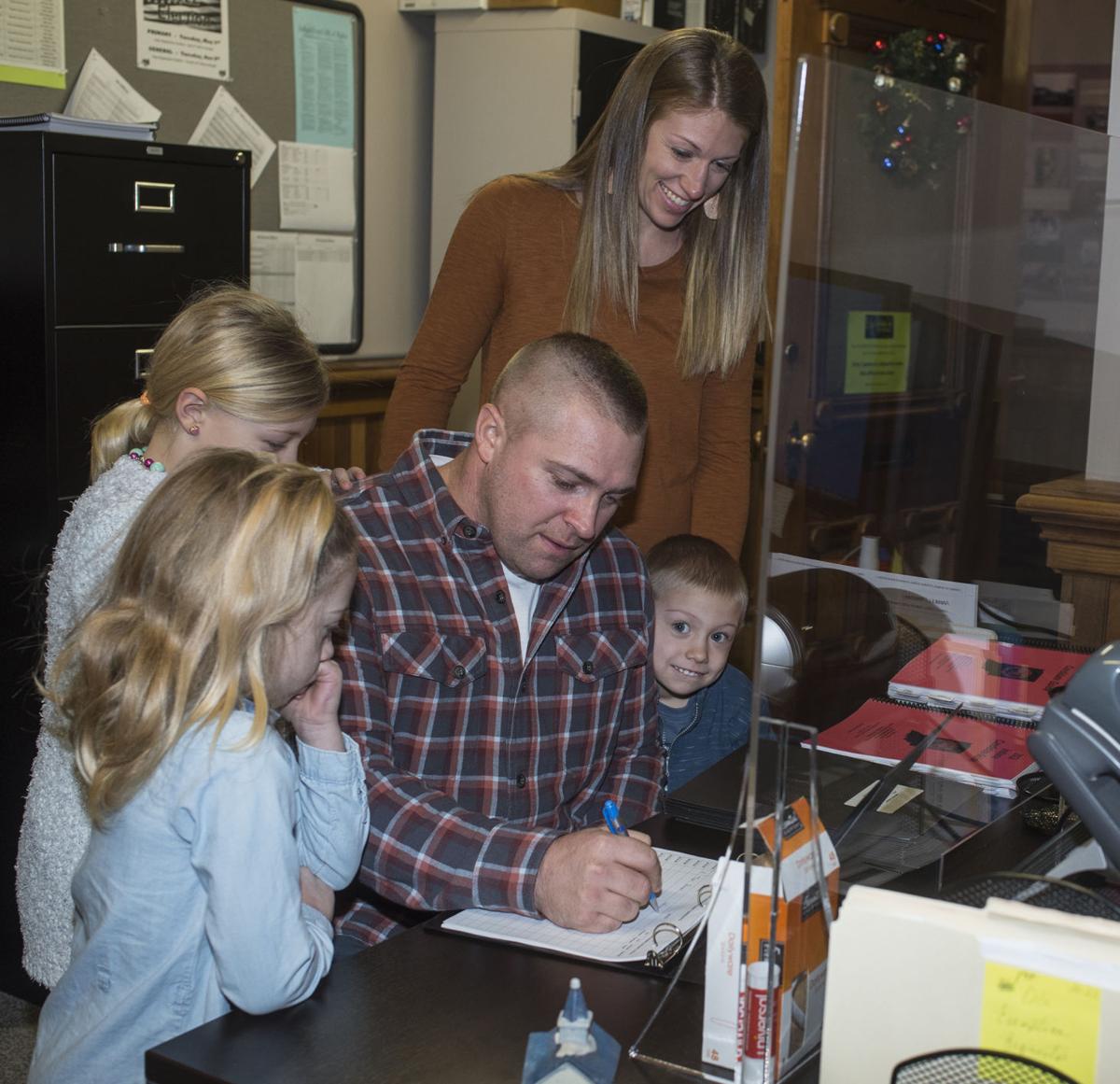 Tyler Randol, a Topeka police officer, signed up to run for the Republican nomination for LaGrange County Sheriff Wednesday morning. With Randol are his children and his wife, Maranda. 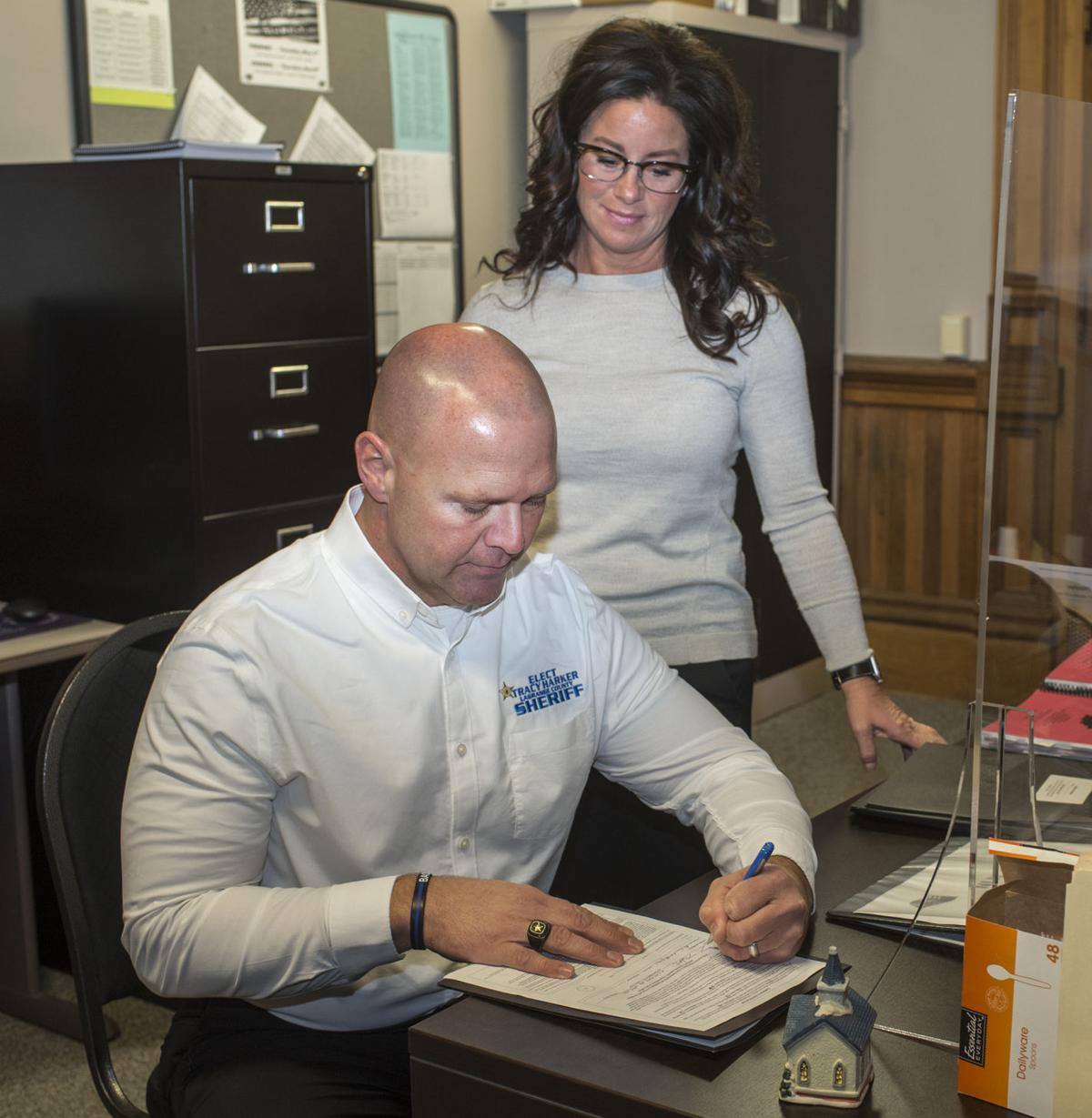 Tyler Randol, a Topeka police officer, signed up to run for the Republican nomination for LaGrange County Sheriff Wednesday morning. With Randol are his children and his wife, Maranda.

LAGRANGE — On the first formal day candidates for office can declare their candidacy, the Republican race to be the nominee for LaGrange County Sheriff already has two candidates.

LaGrange County Sheriff Jeff Campos is serving the last year of his second term and is term-limited from seeking an additional four years in office.

Both sheriff candidates are LaGrange County natives with families who have deep roots in the community.

Harker, a Westview grad, joined the sheriff’s department in 1999 as a reserve officer and took a full-time position as a deputy in 2000. Since then, he has served several different roles in the department, including working as one of the department’s administrators. Harker served on and helped create the department’s critical response team. He’s also been heavily involved with the department’s honor guard.

Randol, a 2005 Prairie Heights High School grad, spent about a decade as a deputy for LaGrange County Sheriff’s Office before leaving that position in 2020 citing personal reasons.

He said his departure from the sheriff’s office gave him a chance to see the job from the outside, and that helped prompt his decision to run for the office.

Both men are Indiana Law Enforcement Academy graduates. Both men also expressed their desire to help the sheriff’s department build stronger relationships with other area police departments and other emergency organizations like fire departments.

Filing for the May 3 primary opened Wednesday and remains open through Feb. 4. Republicans and Democrats will vie for their party’s nominations in the primary, with winners of the races moving on to the general election in November.

Primaries often represent the only chance local voters have to pick their officeholders, because few if any Democrats ever run in local elections, meaning contests in the Republican primary often serve as the de-facto deciding race for public offices.