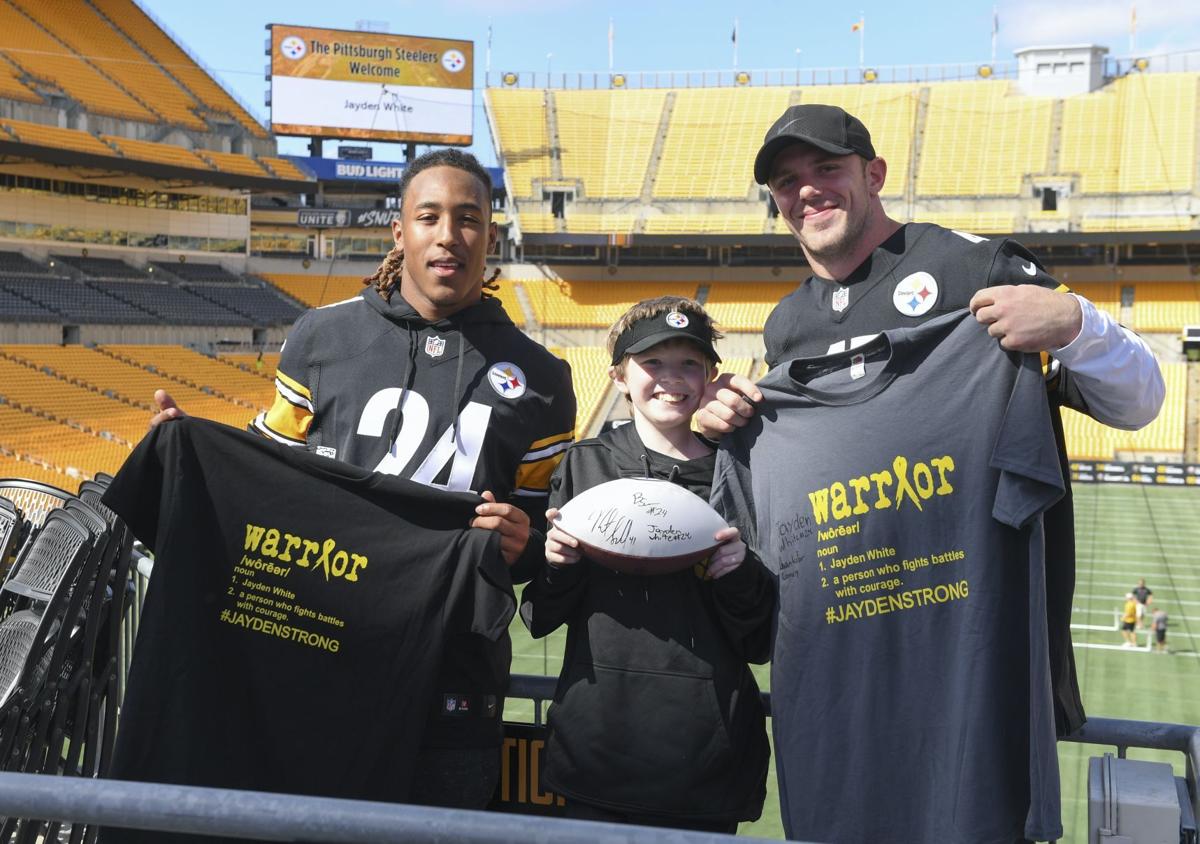 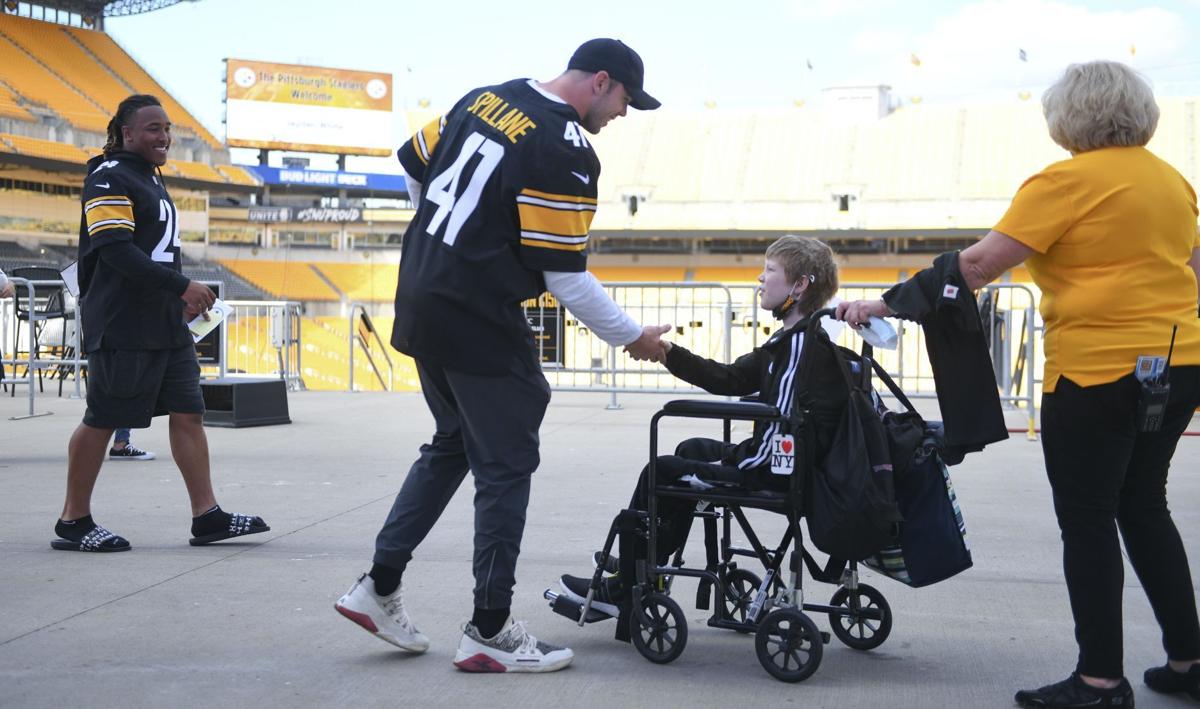 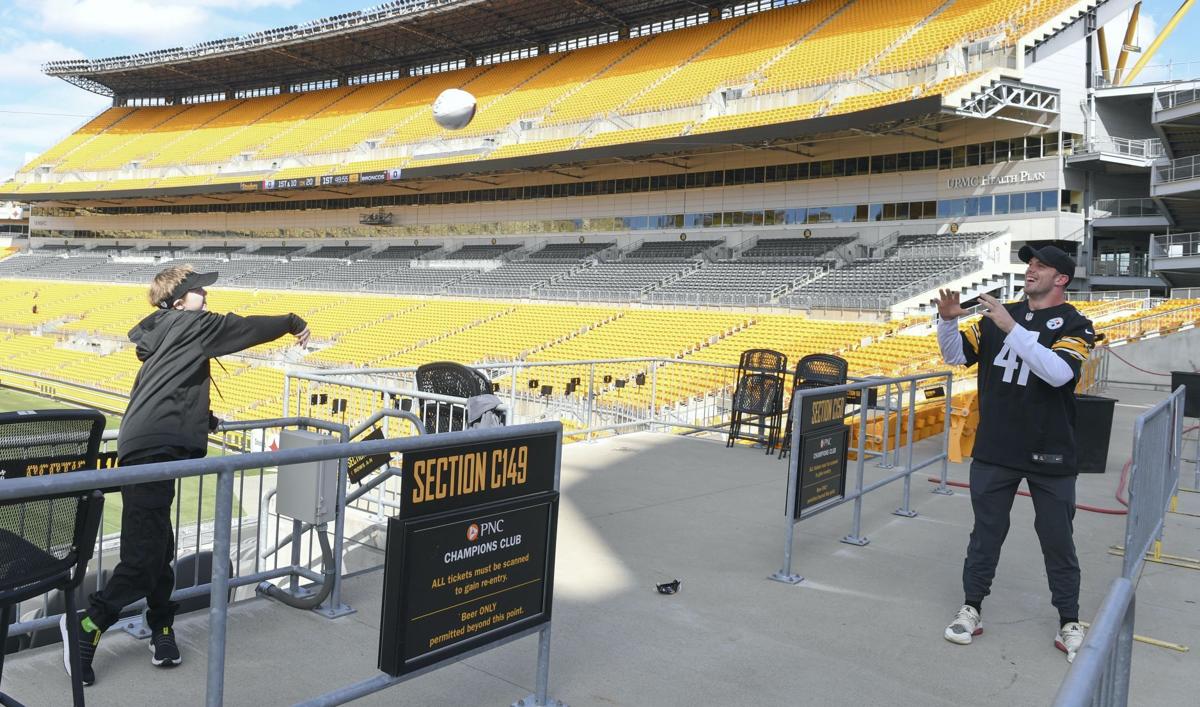 PITTSBURGH — The scoreboard at Heinz Field on Friday afternoon shared a special message.

White, a 12-year-old from LaGrange, Indiana, is battling cancer. His dream is to attend a Steelers game.

The Steelers are making sure his dream comes true.

White was at Heinz Field on Sunday when the Steelers and Broncos met, and got his tickets from running back Benny Snell and linebacker Robert Spillane while touring Heinz Field.

The players gave him a box full of Steelers goodies, making sure he had something to wear to the game on Sunday. They posed for pictures, signed autographs, and White even played catch with them, and signed a T-shirt he gave to the players.

As White tossed the ball with the players, and chatted away with them, he couldn't help smiling and just repeating the same thing over and over again.

"I was really surprised. I wasn't expecting a signed football and all this. I had a lot of fun. I really liked throwing the ball back and forth, that was really cool, and just hanging out," he said.

White, a seventh-grade student at Lakeland, was diagnosed with osteosarcoma, a bone cancer, when he was in third grade. Since, he's been through more than 100 rounds of chemotherapy and had numerous surgeries while fighting the cancer.

This year, his family and friends are working to help White visit as multiple U.S. cities. He's been to Indianapolis; Orlando, Columbus, Ohio, and recently New York City, before hitting Pittsburgh this past weekend.

To help pay for the trips, White's family and friends are selling T-shirts honoring Jayden’s fight against cancer as well as seeking donations.

Donations to help Jayden visit Pittsburgh and other cities can be sent to Holly Elwood via Paypal at hedisney@yahoo.com or mailed directly to her in care of Lakeland Intermediate School, 1055 East 075N, LaGrange, Indiana, 46761.

This story was reprinted with permission from the Pittsburgh Steelers. News Sun Editor Steve Garbacz contributed additional information to this report.