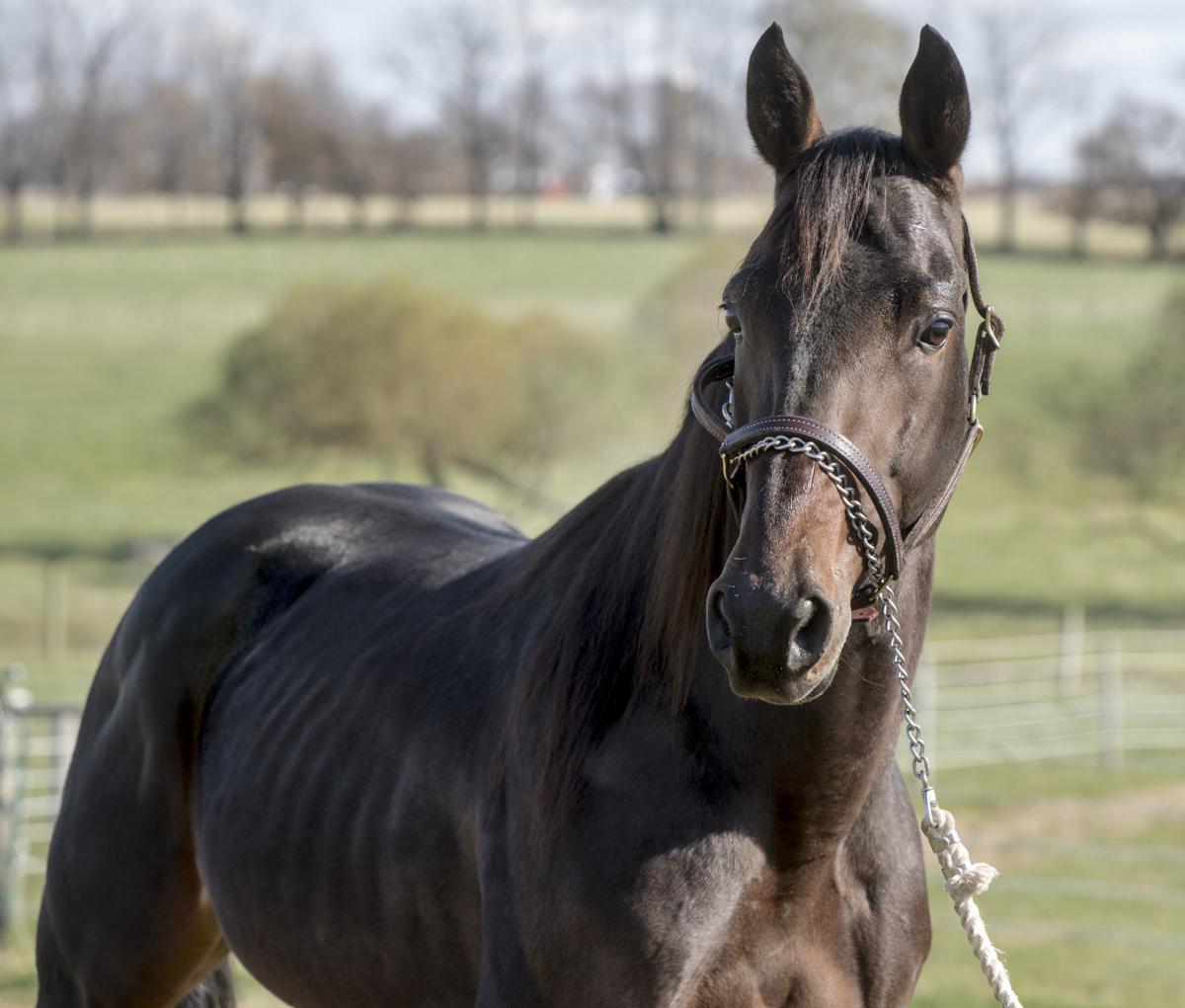 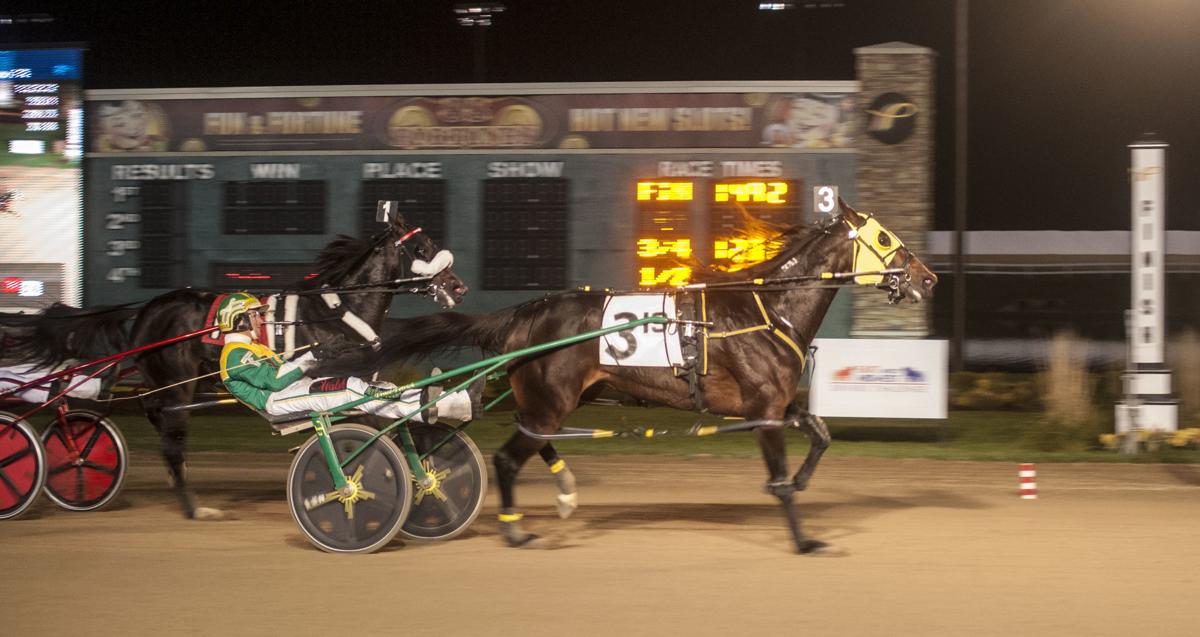 Freaky Feet Pete, besting his rival Wiggle It Jiggle It in 2015 at the track in Anderson. 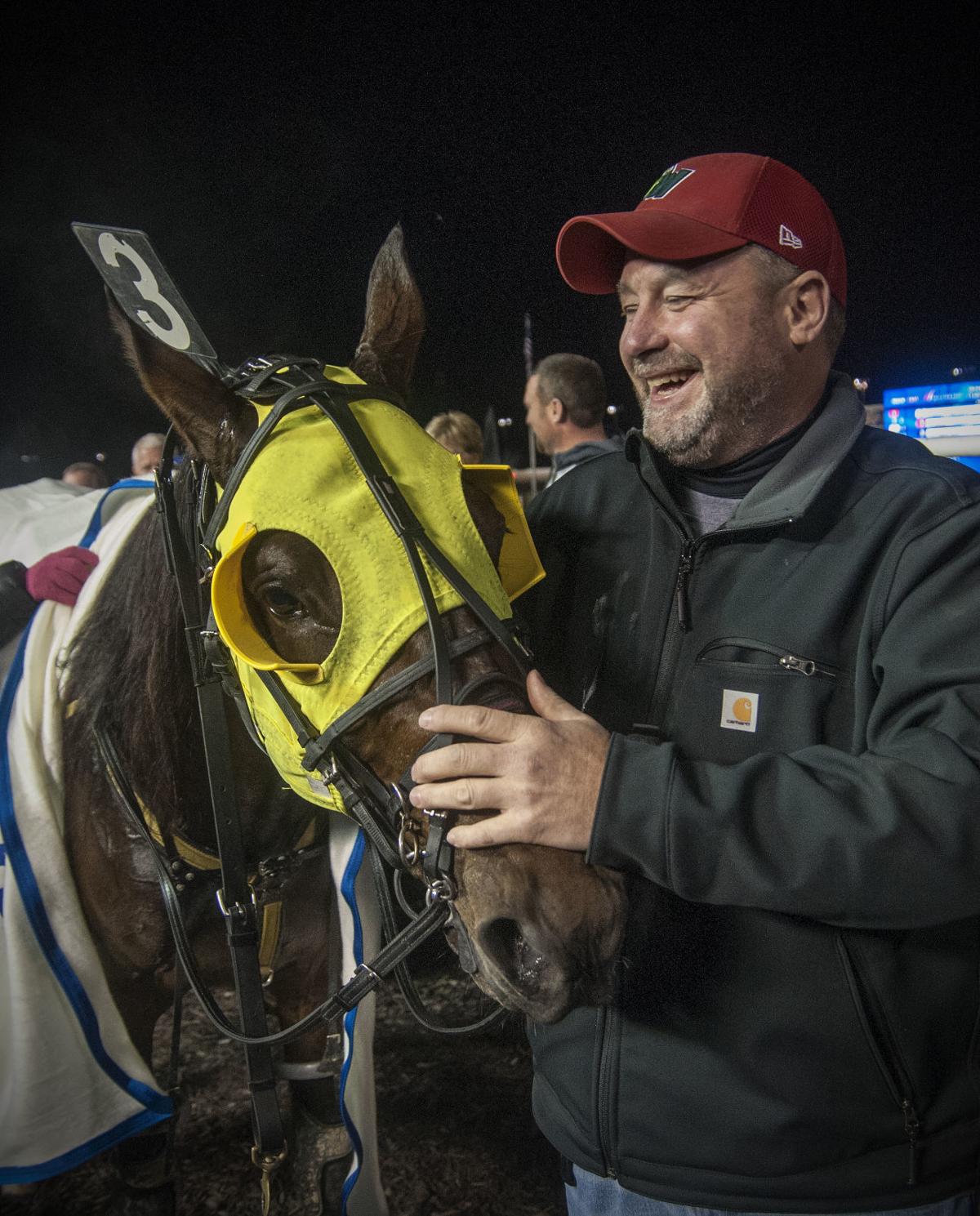 Marty Rheinheimer, co-owner and trainer of Freaky Feet Pete in the winner’s circle in Anderson with Pete.

Freaky Feet Pete, besting his rival Wiggle It Jiggle It in 2015 at the track in Anderson.

Marty Rheinheimer, co-owner and trainer of Freaky Feet Pete in the winner’s circle in Anderson with Pete.

LAGRANGE — As the 2020 harness racing season gets underway for another season, the sport’s will be a little less colorful thanks to the absence of one of its brightest stars, Freaky Feet Pete, the LaGrange County harness racing legend.

Pete raced his last race in 2019. Pete’s co-owner and trainer, Marty Rheinheimer, decided to retire Pete from the track after six seasons of harness racing.

“In his last two starts, Trace (Tetrick, Pete’s driver) gave him perfect trips both times. But coming down the stretch, he just didn’t have his normal Pete fire,” Rheinheimer said. “I think he just had enough. I think he finally was tired of it.”

But what a career it was.

At age 2, he won nine of 10 races he started, including three Indiana Sire Stakes finals and the $220,000 Super Final.

At 3, he won 15 of 17 starts, including a preliminary heat and the final at the Breeders Cup, pocketing over half-million dollars.

And all along the way, Pete did something few other horses do. He built a legend of die-hard Freaky Feet Pete fans.

“Pete’s a fan favorite, that’s for sure,” said Rheinheimer.

Few horses could draw the crowds to a track like Pete. It wasn’t uncommon to see a steady stream of well-wishers and admirers pour out of the stands down to the edges of the track hoping to greet Pete each time he stepped onto the track to get ready to race.

Rheinheimer was responsible for Pete’s unique name, shocked by the sight of the horse’s hooves after his birth. Marty said he and his parents had high hopes for Pete when he came into the world of horse racing, but admitted even they were surprised by his success.

“When they’re babies, you always dream about big stuff like this, but you never think it will happen. I was amazing for sure,” Rheinheimer explained.

Pete’s racing career started under the watchful eye of Larry Rheinmeiner, Marty’s father and horse racing mentor. Larry Rheinheimer had devoted a good portion of his life to harness racing, Marty said, and along the way raised and trained several good horses. But Pete, Larry knew, was something special, and the two of them shared a very special bond.

“Dad waited his lifetime for that horse,” Marty Rheinheimer said of his father. “Dad was Pete’s No. 1 fan, that’s for sure.”

Pete flourished under Larry’s eye, and together the two reigned over Indiana’s harness racing as royalty.

Larry Rheinheimer was there when Pete knocked off Wiggle It, Jiggle It, the 2015 Horse of the Year, at Pete’s home track in Anderson to pass the $1 million mark in career winnings. Larry was with Pete when he beat the best in the world to win the 2015 Breeders Crown, and claim the $530,000 purse.

Unfortunately, Larry Rheinheimer unexpectedly passed away from a heart attack in September of 2016. Marty Rheinheimer then stepped into the limelight his father had shared with Pete and continued to direct Pete’s racing campaign.

“It was tough, you felt like everyone’s eyes were on you, and I was trying to live up to what Dad had accomplished. It was … well, I won’t say pressure, but you wanted Pete to perform well, and dad taught me everything I know, so you want to carry on the tradition and want to be successful.”

Pete has now started his second career, as a stallion at a nearby horse farm. Pete calls Ivy Lane Farm just outside of Goshen home. Dr. Paul Webb, a large animal veterinarian, and his wife, Cathy, operate the farm.

Pete is one of about six well-known harness racing stallions on the farm’s roster.

Meanwhile, back in LaGrange, Marty Rheinheimer continues training other horses for harness racing and has several good prospects.

“I’ve got several nieces and nephews of Pete, but you just never know. I try not to put the expectations of Pete on any other horse. You’re just setting yourself up for disappointment if you do,” he explained. “You have to just wait on them and let them be what they’re going to be. But you can’t help but always search for the next great one.”