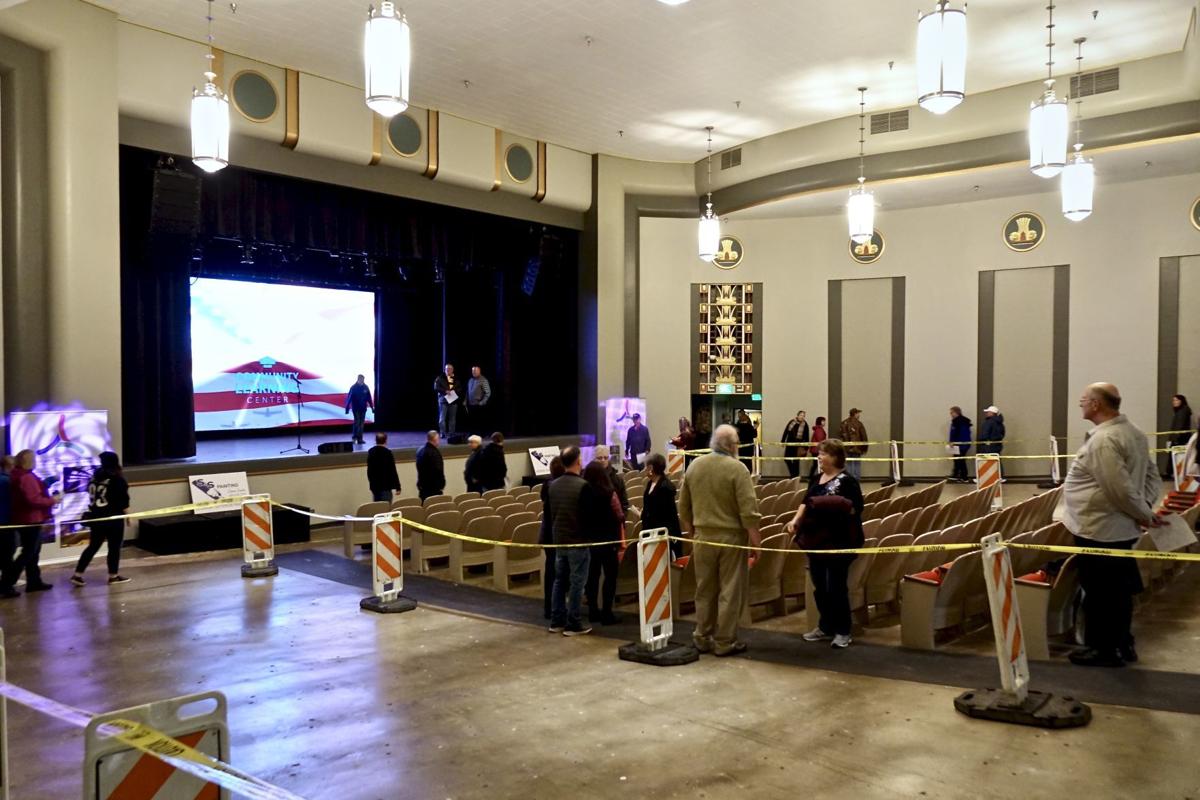 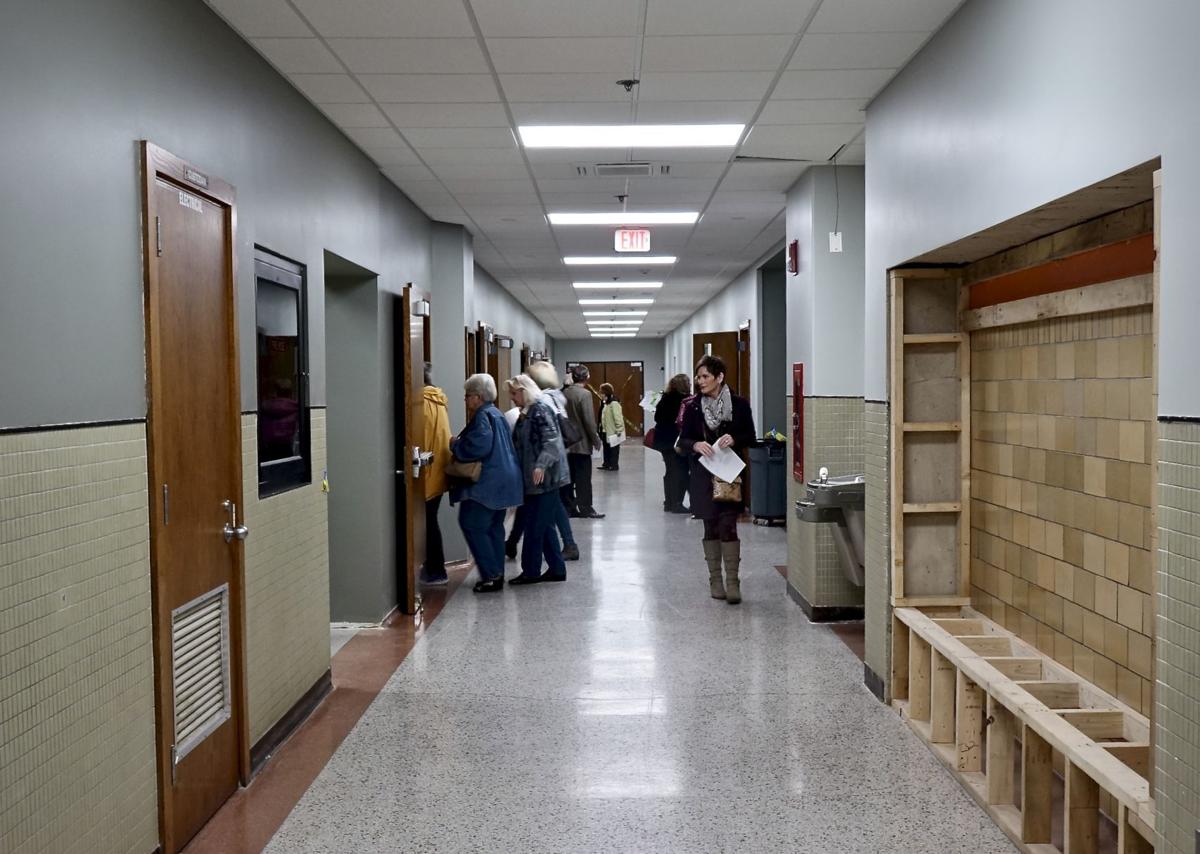 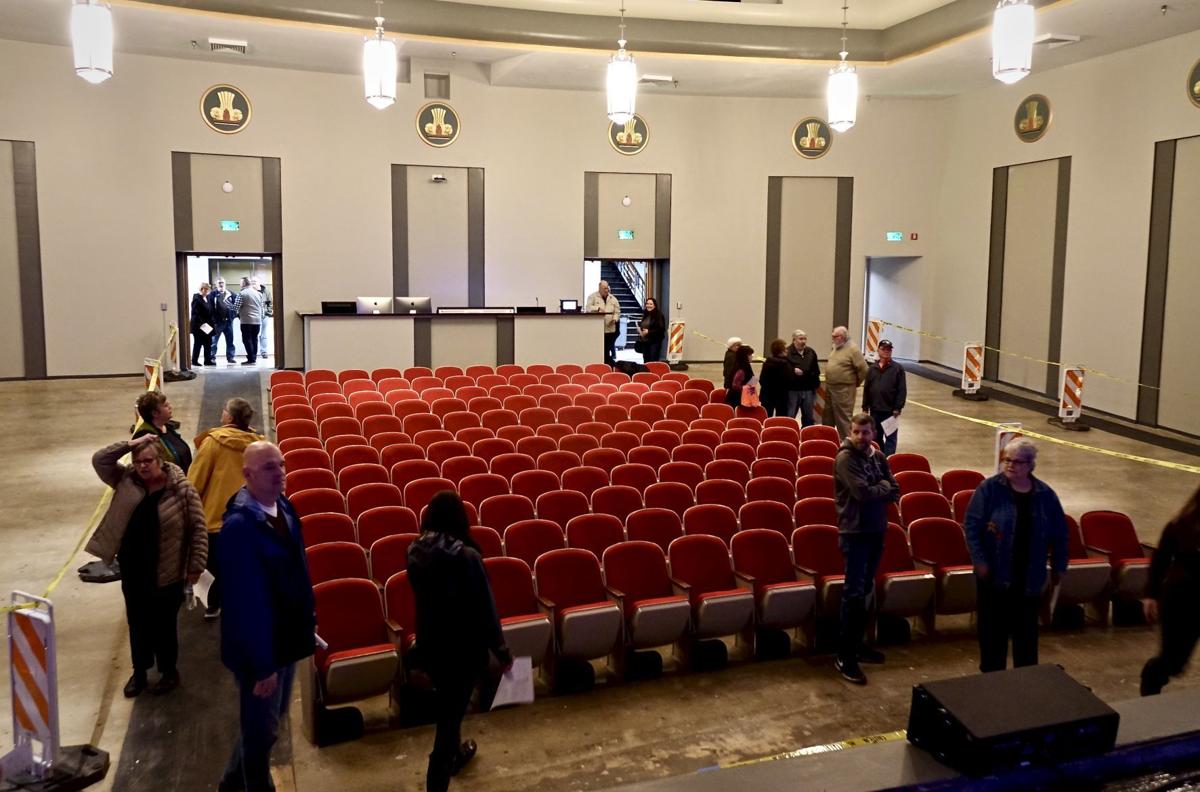 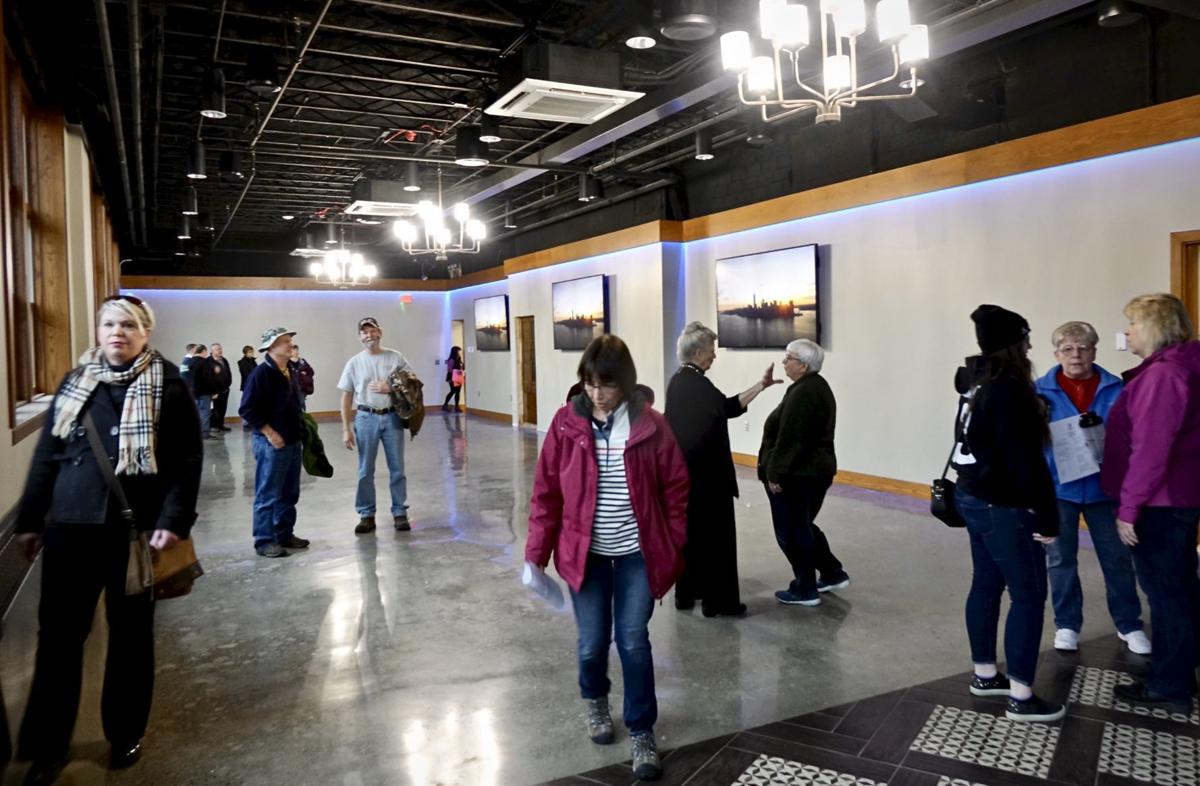 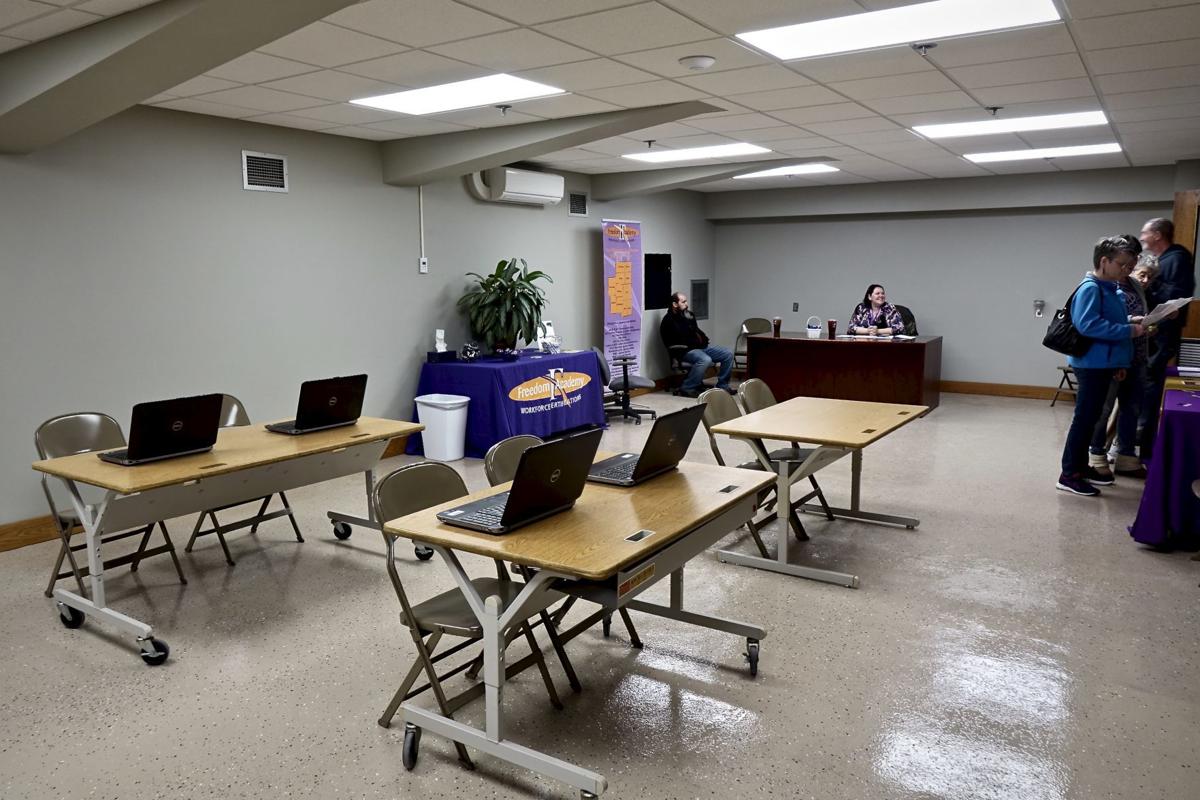 The Freedom Academy shows part of its set up at the CLC open house Saturday afternoon. 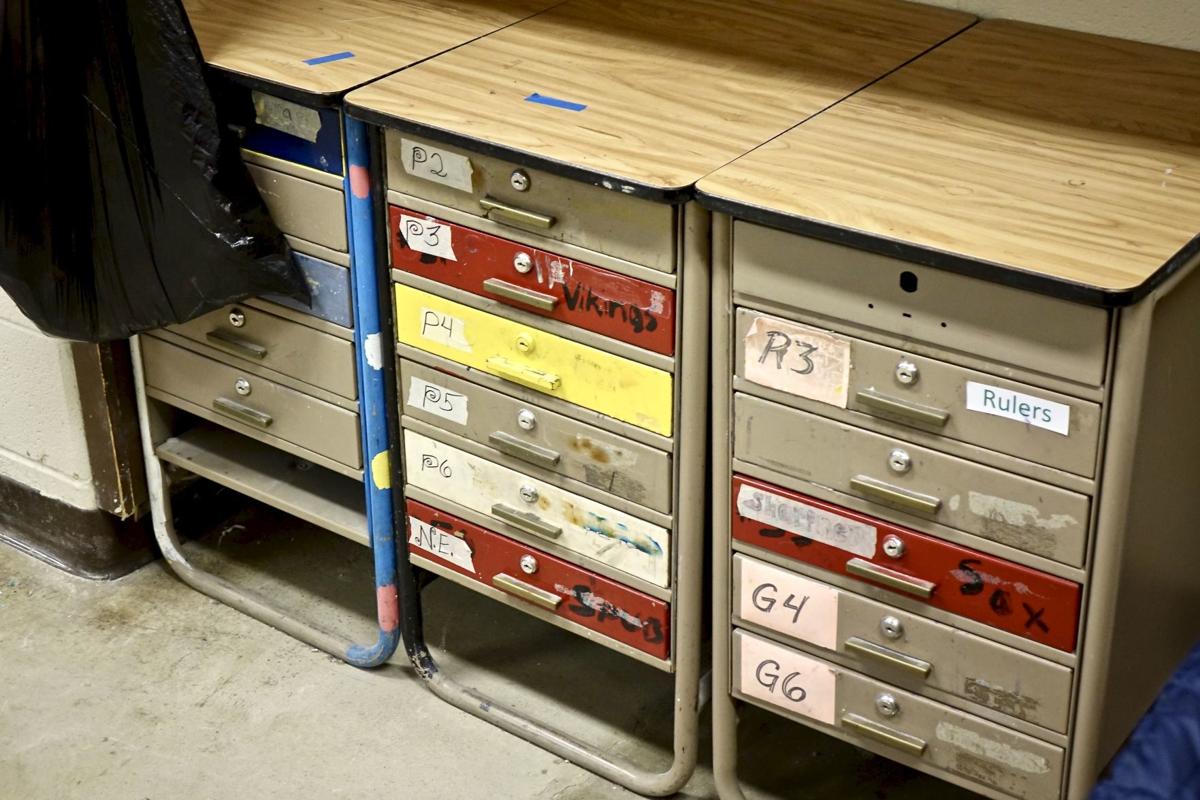 Metal drawers are nestled in an art room at the CLC open house Saturday afternoon. 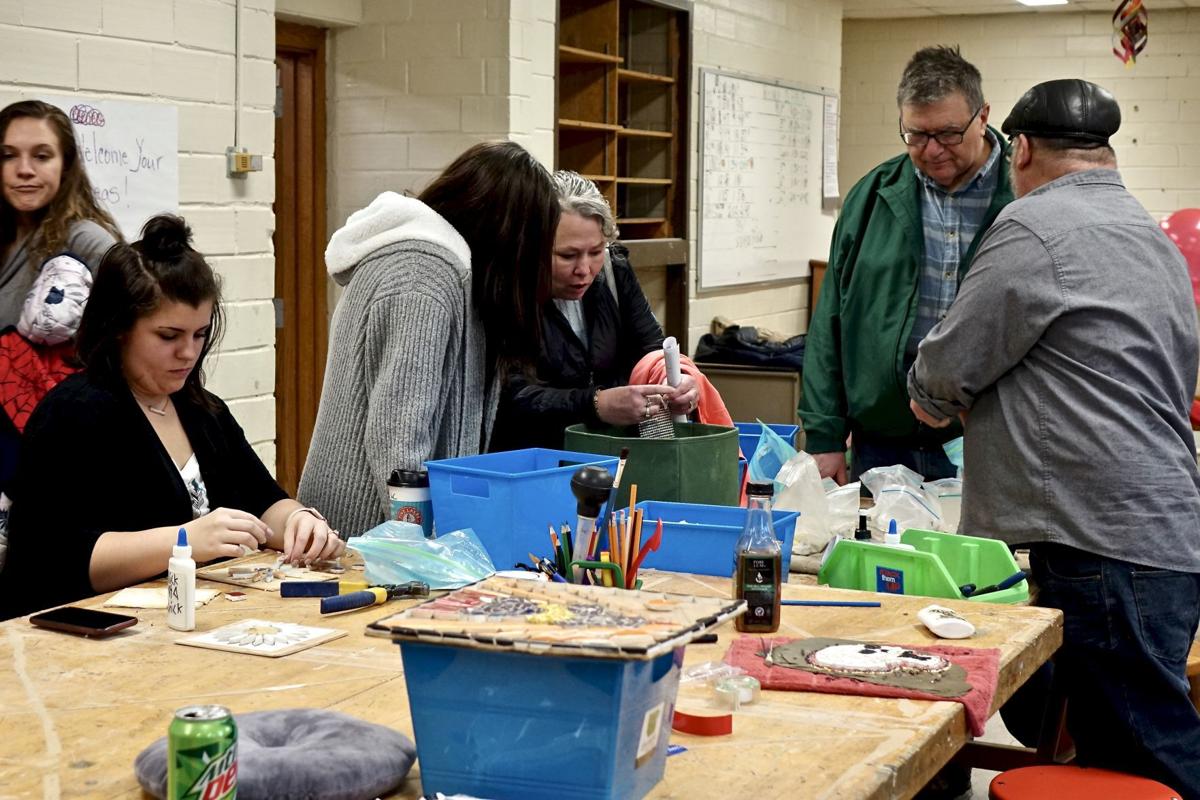 People put together mosaics in an art room at the CLC open house Saturday afternoon. 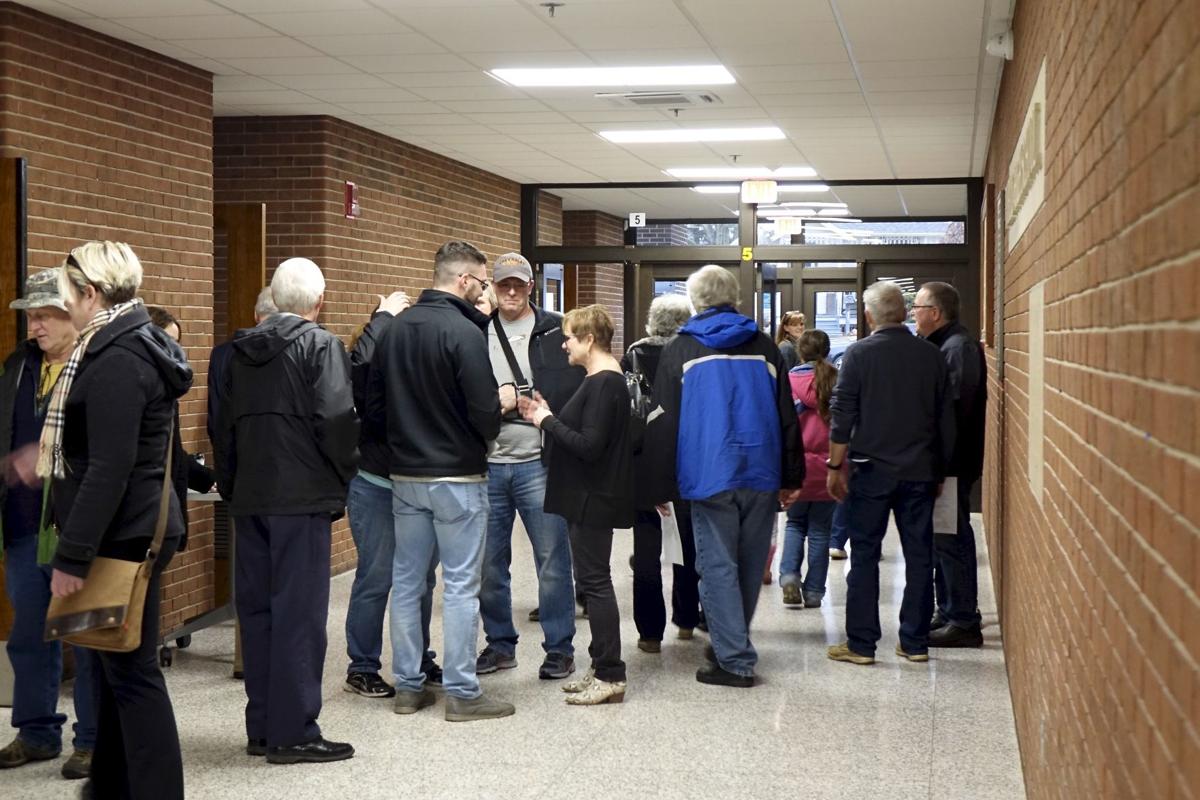 Guests are packed into the entrance of the CLC at its open house Saturday afternoon.

The Freedom Academy shows part of its set up at the CLC open house Saturday afternoon.

Metal drawers are nestled in an art room at the CLC open house Saturday afternoon.

People put together mosaics in an art room at the CLC open house Saturday afternoon.

Guests are packed into the entrance of the CLC at its open house Saturday afternoon.

KENDALLVILLE — Memories flooded back to alumni of the former Kendallville High School and East Noble Middle School as they walked through the halls of what is now the Community Learning Center.

At the CLC’s open house Saturday afternoon, community members took self-guided tours to view spaces that are both in-progress and ready to teach skills to adults and kids alike.

The first floor houses offices, the gymnasium and locker rooms and a shared kitchen, as well as music and performing arts lessons and organizations such as Freedom Academy, The Arc of Noble County Foundations, United Way and the East Noble Parent Alliance.

One can also find fine arts resources, like pottery wheels, kilns, sewing machines and visual art supplies, as well as trade workforce development. A woodworking shop is being considered, too.

Situated on the second floor is the auditorium and reception area, Parkview’s Center for Healthy Living and smaller rooms that can be used for meetings and training.

Julia Tipton, executive director of the CLC, greeted guests and gave them a guide of all of the rooms and how they’re going to be utilized in the future.

Some walking in would immediately ask where certain rooms were, and many were hit with a wave of nostalgia, pointing out immediately where their locker was and which classrooms they used to study in.

A few members of the last Kendallville High School class were touring the building together that afternoon.

Dean Mapes, Ellen Planton and Kathy Smith, whose maiden name is Brennan, remarked at how the CLC feels similar to what it did in 1966, but completely different at the same time.

“That hallway to my left is where I started kindergarten,” Mapes said.

They were grateful that the integrity of the school’s architecture had been restored and preserved, all the way down to the floors.

But, aside from restoration, the three agreed they were just glad to see their old high school not torn down.

“It’s emotional,” Smith said, recounting that her mom, dad and grandma all graduated from Kendallville High School, too.

And even better is that it’s getting a new life.

“We’re glad that they saved this building,” Mapes said. “It had a past, and now it’s got a future.”

Jill Jollief, who graduated from Kendallville High School in the ‘60s, said she felt like hard work from the community working to save the building paid off and then some.

“I went to all the meetings, was willing to stand up and tell my viewpoint, wrote at least one letter to the editor that said this needs to be done. So I’m thrilled that it has come to fruition,” Jollief said.

Mayor Suzanne Handshoe, who also is the secretary of the CLC board, greeted guests who expressed how grateful they were that the building is still standing.

She credited the community’s positivity and effort in making sure the CLC project charged ahead, recalling a message she delivered at her swearing-in at the building recently.

“I said, ‘Never underestimate what a group of small passionate people can do,’” Handshoe said. “And this building is proof of that.”

Though the CLC stands to benefit the entire community, Handshoe pointed out that it’s positioned well to help those who are within walking distance of it, which is in one of the poorest areas of the city.

“We’re hopeful that we can bring about change in a positive way, so people will know that this is a comfortable place that they can come and learn a skill to be more self sufficient,” Handshoe said.