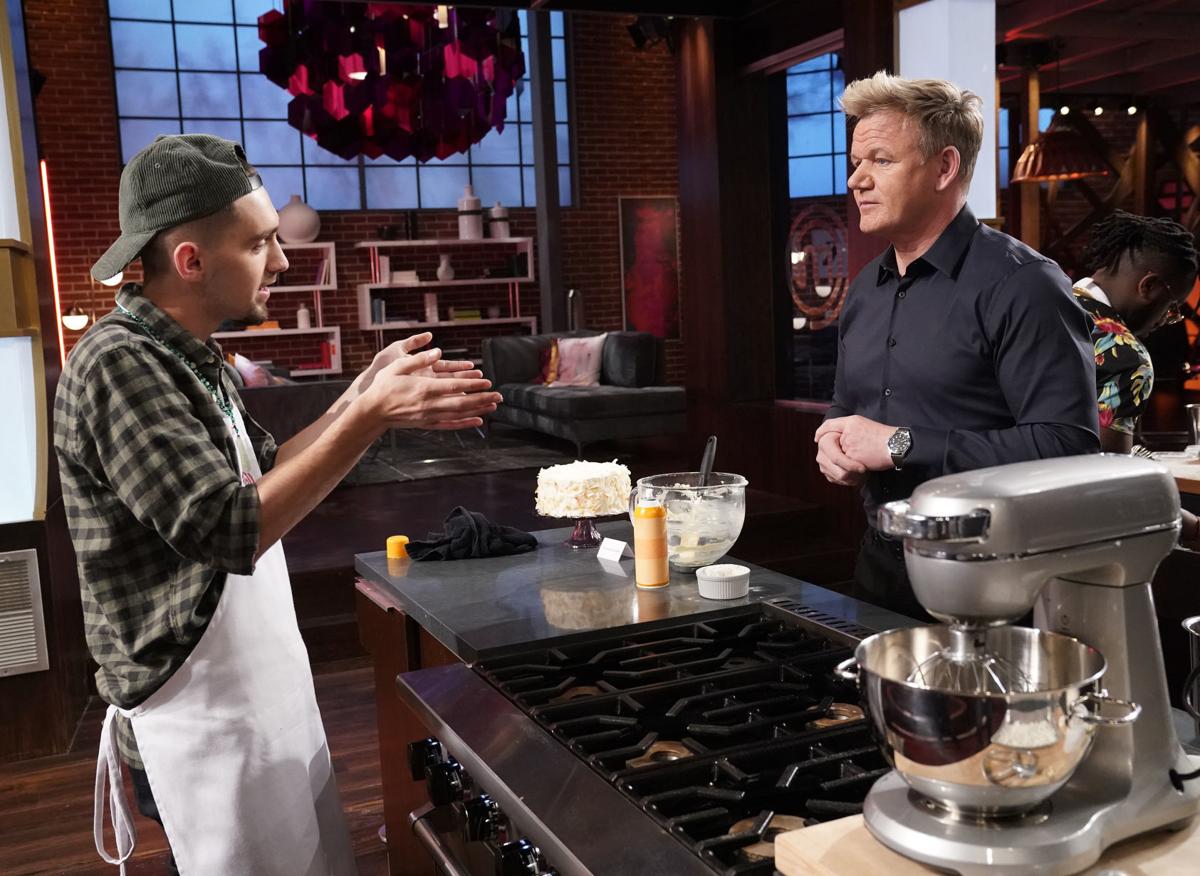 Micah Yaroch explains one of his dishes to “MasterChef” host and judge Chef Gordon Ramsay during the “Let Them Eat Cake” episode this season. 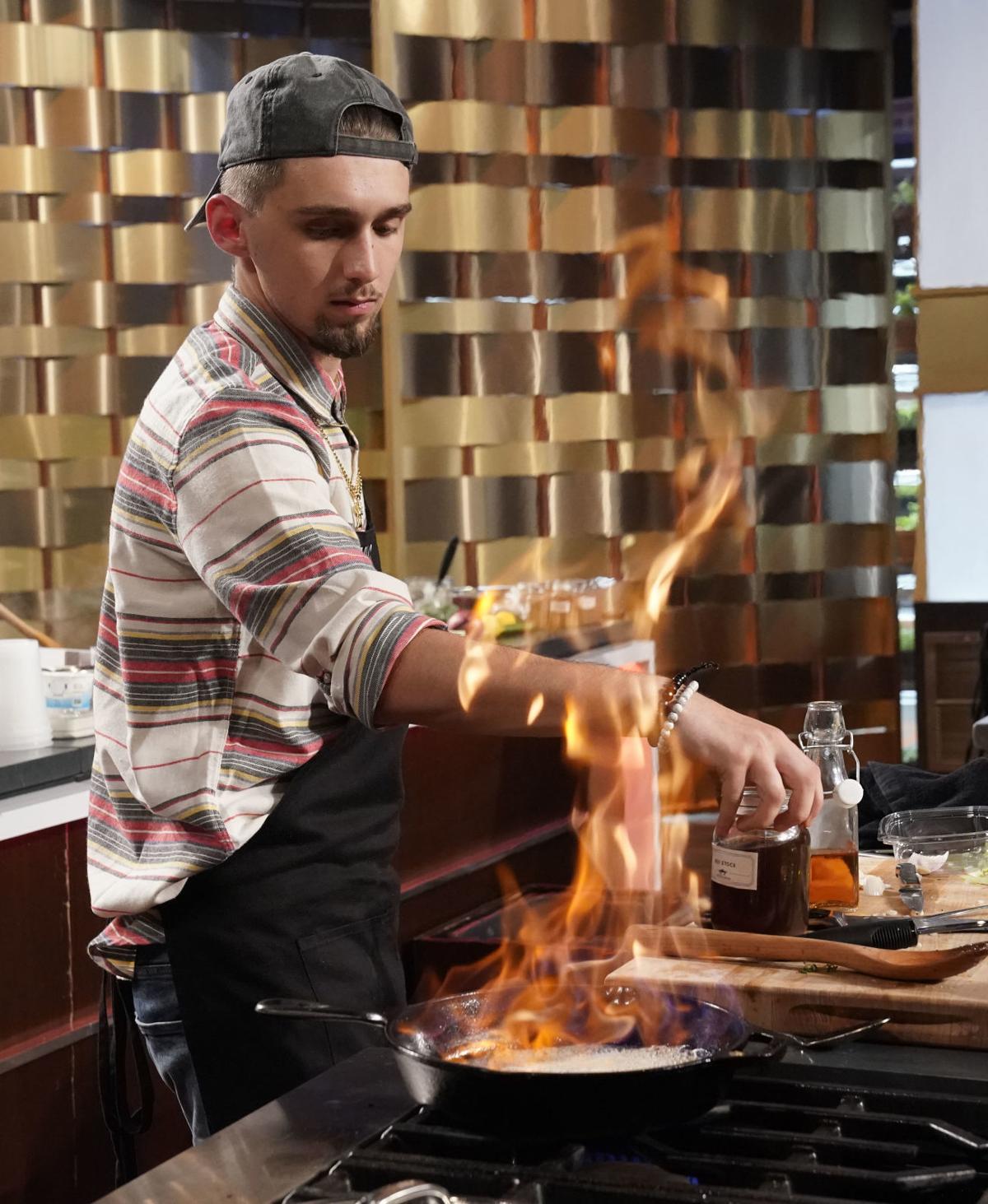 Micah Yaroch explains one of his dishes to “MasterChef” host and judge Chef Gordon Ramsay during the “Let Them Eat Cake” episode this season.

FORT WAYNE — Micah Yaroch never wanted an ordinary life, and to ensure that doesn’t happen he’s willing to take risks. As a reward, his face has been seen in living rooms across the world — all while he works toward his dream career.

After putting his future on the line this year, Yaroch became the youngest contestant on the current season of the popular FOX cooking show “MasterChef.” He is among the youngest in the show’s 10-season history at only 19 years old.

“I chose to do this because I have people who I know are going to be watching me,” Yaroch said. “I’ve got family and people who look up to me that are younger than I am, and I want them to see that it’s OK to pursue your dreams and you should never settle. If you think you can do something, do it.”

Yaroch is originally from Grand Rapids, Michigan, and moved to Fort Wayne with his family in 2016. He graduated from Carroll High School last year. This spring, he saw the casting call for season 10 of “MasterChef” and auditioned in Chicago. A couple months later, he found himself on the show’s Los Angeles set.

Before making the cut, he had to first wow the judges to secure an apron — which didn’t come easy. After serving a batch of churros, he received negative votes from judges Joe Bastianich and Aaron Sanchez.

“After the first two ‘No’s’ I had no idea what was going on,” he recalled.

Fortunately for Yaroch, each judge was given a “battle card” this season, with which they could keep a single contestant in the competition. With a firm “I believe in you,” Chef Gordon Ramsey awarded Yaroch his one battle card for the chance to go up against two other card recipients for the final spot.

“None of us knew that there were battle passes — no one had gotten one,” Yaroch said. “I was shocked that it actually happened. On top of that, when Gordon looked at me and said ‘I see myself in you, I see potential,’ it kind of made my brain leak out of my head a little bit. It was just mind numbing to say the least.”

On this season’s second episode, Yaroch received the final apron for a sea bass dish that Bastianich said was cooked perfectly. Since then, he has climbed to the top seven in a competition that started with 36 hopeful chefs.

“I felt like in the beginning the other contestants had no respect for me because of my age. They thought that I couldn’t hang or keep up with them, that I was just some kid trying to make it. Eventually they learned,” he laughed. “There was a lot of shade about the fact that I was the youngest contestant there and it was hard to push through, but for me, with people doubting me, that just puts a fire under my butt because now I have to prove that you’re wrong.”

At such a young age, Yaroch’s family had hoped he would go to college, but he wasn’t prepared to turn his back on cooking, which has been his biggest passion for years. When he left for L.A., Yaroch’s parents weren’t happy with his decision, he said. Nevertheless, they always knew he could succeed.

“When I told my dad about how I did, he told me that he wasn’t surprised at all,” Yaroch recalled. “He was like ‘Micah, I know that you have talent by the boatloads. There was never a doubt in my mind that you would make the top 10 — I would have been shocked if you came home earlier than you did because you have the talent.’ He was just trying to keep my best interest at heart, which I understand and appreciate, but at the same time it’s hard because you can’t just give up on your dream.”

Yaroch described his experience on the show as a “mental marathon,” which required filming for about three months, typically five to six days a week.

“It put me in a hard place when I got back,” he said. “I’ve been really working hard to try and get my life back together post filming. It’s just been a constant grind.”

Though he developed an interest in cooking at a young age, Yaroch said he made the decision to pursue it as a career after joining Carroll High School’s Blu Flame Culinary program. While filming the show, he found a friendly ear in his former teacher, Renee Sigmon. Even after brushing shoulders with top chefs like Gordon Ramsay, Yaroch describes Sigmon as “really, truly my biggest mentor.”

“She was one of the only people I could call while we were filming because she was the only one who really picked up for me,” Yaroch said. “She’s just that type of woman who’s really there for all her kids — always. I’m not even in school anymore, but she still took the time out of her day to talk to me and give me some advice.”

Of course, Yaroch also found comfort in his biggest supporter in the judges’ circle.

“Off camera, Chef Ramsay was there for me when I was at a really rough place during filming and it was really hard for me to get through it,” he recalled. “We weren’t even filming and the mics were off, and they just broke it down to me that ‘We all care about you, we all want to see you be successful, we don’t ever want you to feel like you’re alone in this.’ That was where I thought this could be something — I could actually change my life.”

He may have even made a new friend on the show, but even after months of filming, he can’t help feeling starstruck.

“I talked to Chef Ramsay on the phone a couple days ago,” Yaroch said. “He answered the phone in his car and we were just casually having a conversation, and I can’t fangirl or anything in front of him, but you better believe I was fangirling on the inside — it’s Gordon Ramsay. It will never stop being cool. He said a lot of things to me that were really awesome, and I’m forever grateful for it. It just put things into perspective to where I feel like I wasn’t just going off on my own.”

Yaroch has lived in Missouri for the past couple months, working and trying to “make a mark.” But in the end, it just didn’t feel like home. He made the decision to move back to Fort Wayne this summer.

“It was just hard — a lot of struggling and a lot of really tough situations that I got put in — and I just missed my friends and the people who I know had my back,” he said. “Those people were in Fort Wayne, so I came back to them.”

When he returned to Fort Wayne, Yaroch began working at Park Place on Main downtown. A couple weeks ago, he accepted a position at The Pub at 1802 on Spy Run Avenue.

“It could really change the game for me,” he said. “I’m super excited about it. They have really great management and, in my opinion, they have a really serious future ahead of them, and I think this could be a great opportunity for me to show them what I’m made of.”

Yaroch said he hopes to open a restaurant one day, but for now he’s focused on prioritizing his career and getting his finances in order.

“I want to be somebody, and I think that the show has given me that chance to make my mark on the world,” he said. “Everyone has that little voice in their head that says you’re not good enough, you can’t make it, but hearing words of encouragement from people like Chef Ramsay and Aaron Sanchez and Joe Bastianich, it was really special because in my head I’m just a 19-year-old kid. For them to say ‘If I had the talent at your age that you have now, I’d be way ahead of the game,’ I just took that to heart and now I’m going to do everything that I can to make them proud.”

During this week’s episode of MasterChef, which airs Aug. 28, Yaroch will compete against the other remaining six competitors in an immunity challenge.