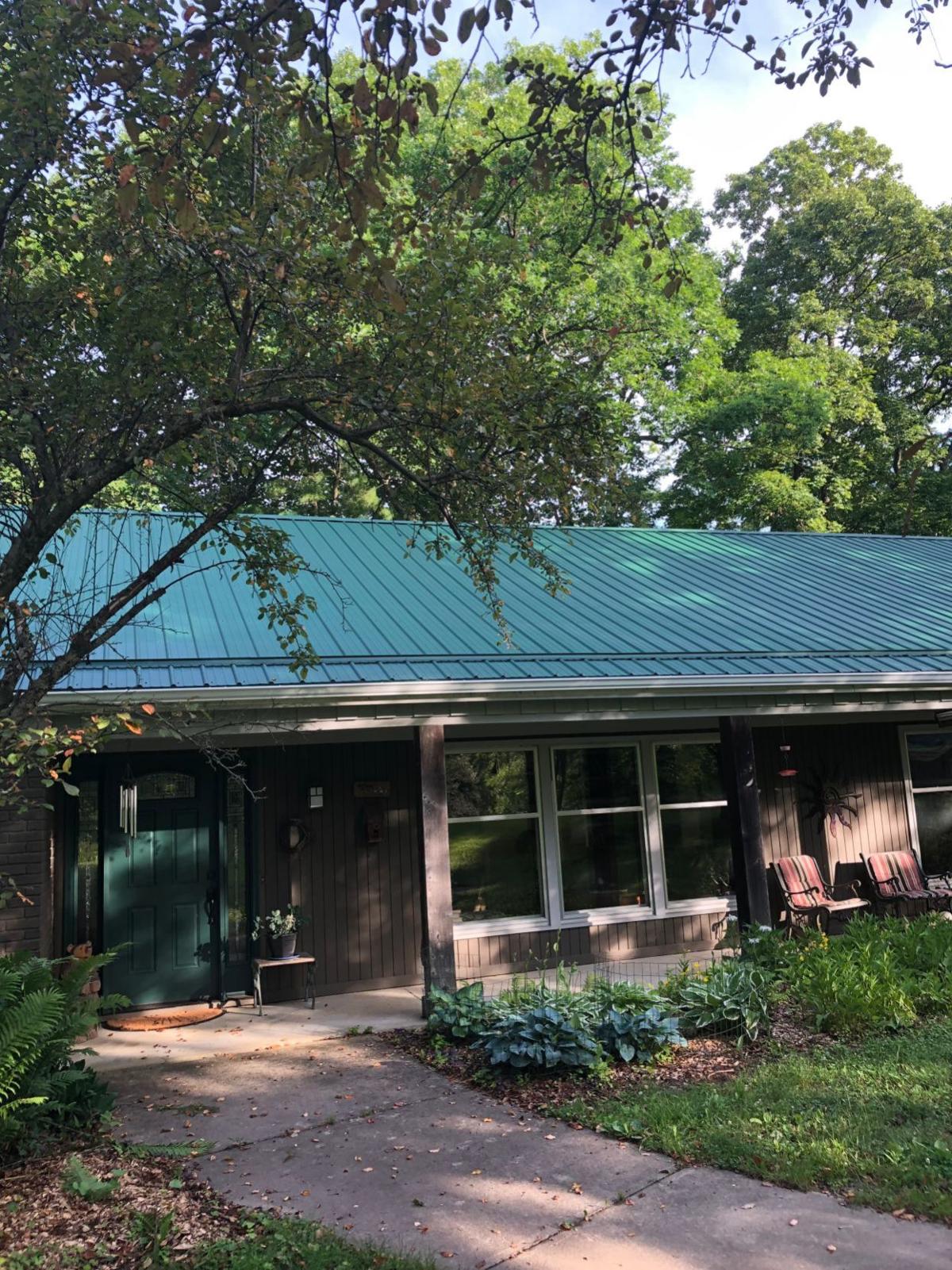 Faith Van Gilder said time will tell on the cost savings of getting a metal roof on her Huntertown home, but she’s already noticed a difference with less heat in the garage, which also got a metal roof. 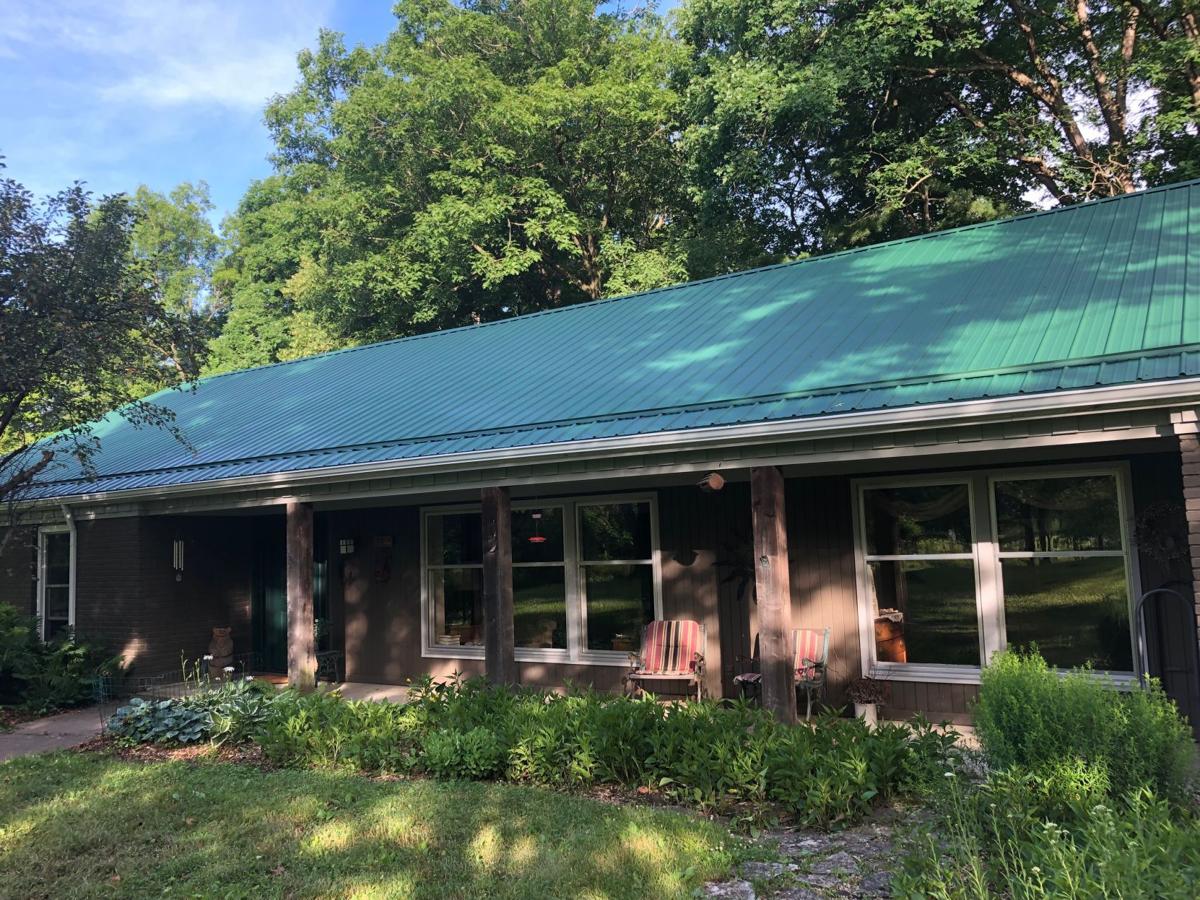 A metal roof can cost about 50% more than one with asphalt shingles but some companies guarantee them for a lifetime. 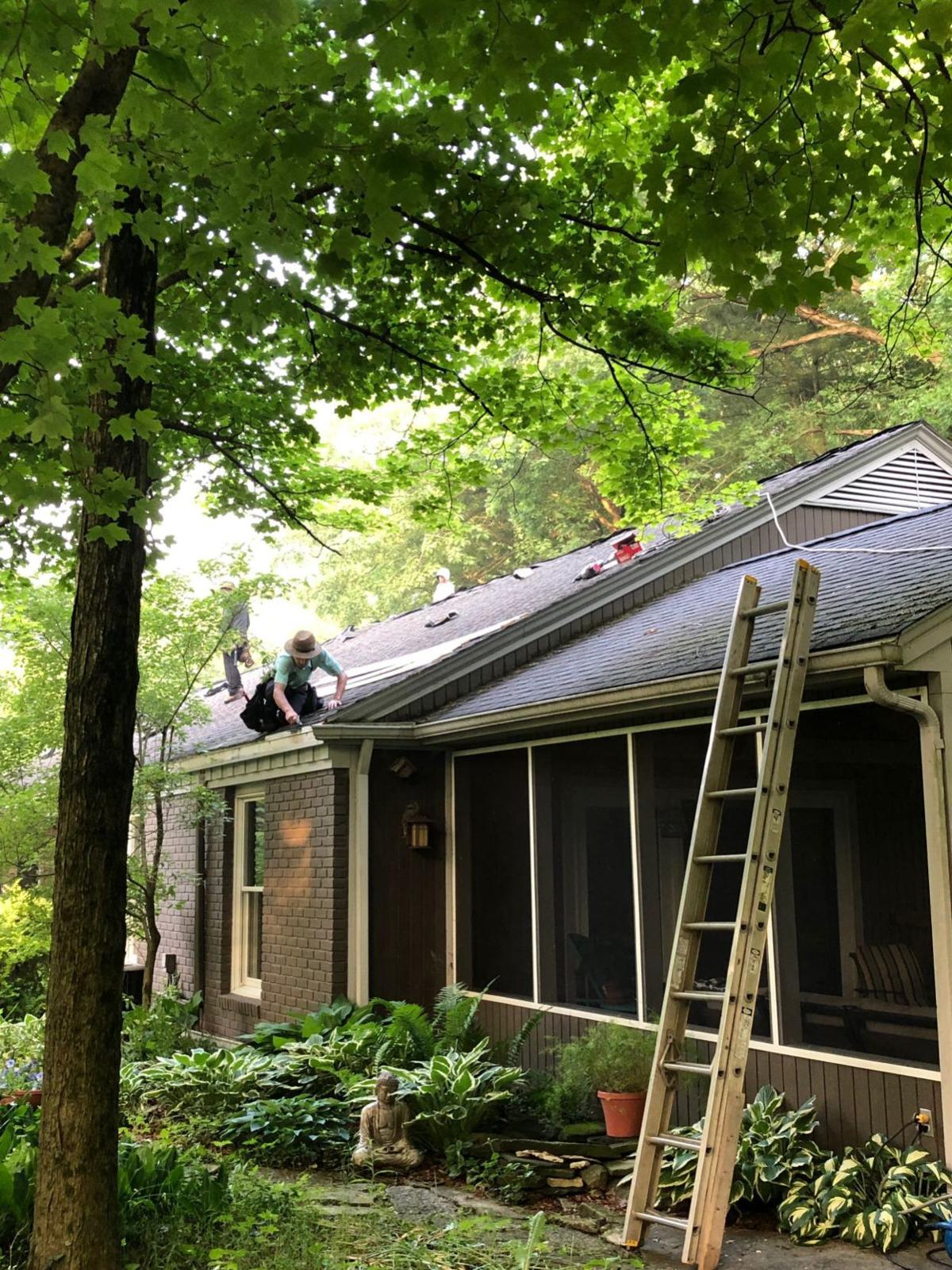 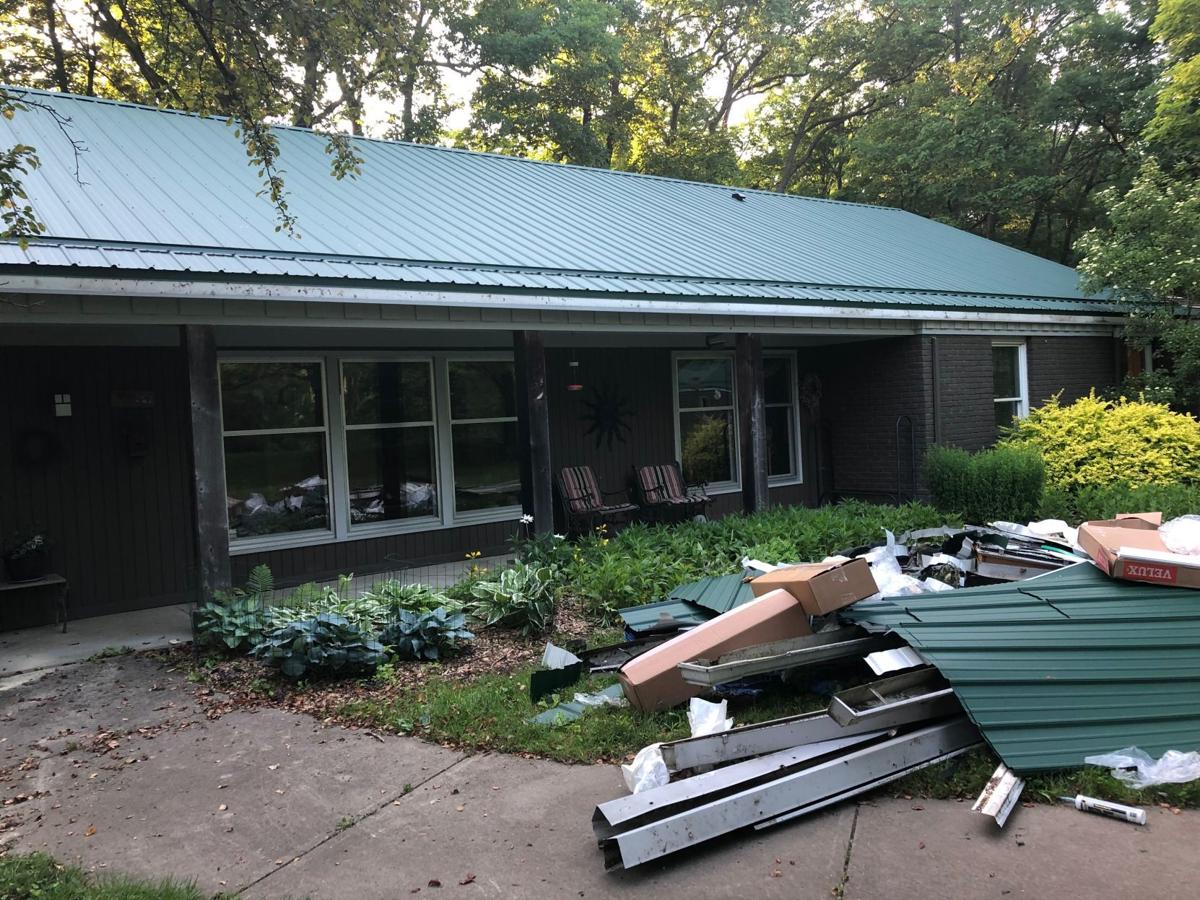 The Van Gilders wanted a metal roof color that would blend in to the woods around them.

Faith Van Gilder said time will tell on the cost savings of getting a metal roof on her Huntertown home, but she’s already noticed a difference with less heat in the garage, which also got a metal roof.

A metal roof can cost about 50% more than one with asphalt shingles but some companies guarantee them for a lifetime.

The Van Gilders wanted a metal roof color that would blend in to the woods around them.

HUNTERTOWN —Getting a new roof for a home can be a major financial stress, but many homeowners are choosing the often more expensive option of metal because of its durability.

Dave and Faith Van Gilder of Huntertown were among them.

Living in a wooded area, the asphalt shingles had moss growing on them, and the roof is constantly pelted by twigs.

“We had seen a lot of metal roofs on churches, schools and barns,” Faith Van Gilder said.

Passing by a billboard on the way to her job in Fort Wayne that advertised Shield Exteriors of Garrett, the couple decided to call the company. After hearing about the product, they decided to get their ranch-style home and detached two-car garage done for a few reasons.

They went with a green roof that would blend into the surrounding woods and felt good about “shopping local,” because the company mentioned it uses steel made at Fort Wayne-based SDI’s Butler plant. Shield also did their gutters with a form of protection against debris clogging them.

“As we get older, that’s a safety concern,” she said of climbing a ladder to clean the gutters.

No more worries about the leaves and twigs collecting on the roof.

“The wind will just blow them off like nothing,” she said.

The one question most people ask: Is the rain loud on the roof?

No, she said, because the company has air space built in. While she knows it’s too soon to see any expected savings on their heating and cooling bills, she notices that it definitely feels cooler in the uninsulated garage.

The job took about two weeks in June to complete. Van Gilder wouldn’t say what the couple spent, only that it was 50% more than the estimates they got on regular roofing.

Home Advisor, www.homeadvisor.com, lists the average cost in Fort Wayne of metal roof installation as $13,442. According to Roofing Calculator, www.roofingcalc.com, the cost can be $7-$10 per square foot installed for a metal shingle roof and $9-$12 per square foot installed for a standing seam metal roof. That’s because it takes more precision and about two to three times as long to install a metal roof, according to the website.

Shield does over 60 installations a month. The cost of the job, of course, varies by the size of the structure.

“We say it’s two times as much” as asphalt roofing, Salman said.

What customers get is Shield’s lifetime warranty, which includes “acts of God” such as tornados.

“We’re No. 1 in our category,” Salman said. “We have the only true lifetime warranty ... You never have to go through the insurance company.”

The warranty is transferrable up to 15 years to the next owner, he said.

Its color options have expanded and include black, frost, purple, red and blue.

Shield, which has been in business for four years, does strictly residential jobs, but will include structures, such as garages, if the house is done. Its 2-hour service radius of Fort Wayne is just shy of Indianapolis and reaches Toledo, Ohio, and South Bend.

Another company, Masterpiece Metals of LaGrange, 260-463-2675, has increased its warranty to lifetime, said owner Larry Schlabach. The warranty is transferrable to other owners of the home up to 40 years from installation, he said.

Schlabach estimates his 14 workers do 175 roofs a year in a 50-mile radius from Lake Michigan homes to area townhouses. About 99% of their work is residential.

Masterpiece Metals, founded in 2010 after Schlabach left a career in the RV industry, uses steel from both SDI and U.S. Steel that workers form on the job site. The company has 15 colors, but the most popular for his clients are black, bronze and slate.

While Schlabach estimates the cost of a metal vs. asphalt roof is roughly up to 30% more, it depends on who’s selling it.

“Yesterday, a guy gave a quote for asphalt, and we did metal at no difference,” he said.

The mettle of metal roofs

Metal roofs usually cost more than one with asphalt shingles, but:

• They come in a variety of colors, from neutrals to red and purple.

• They have greater durability than asphalt shingles.

For President, the two or three households closest to your home support?