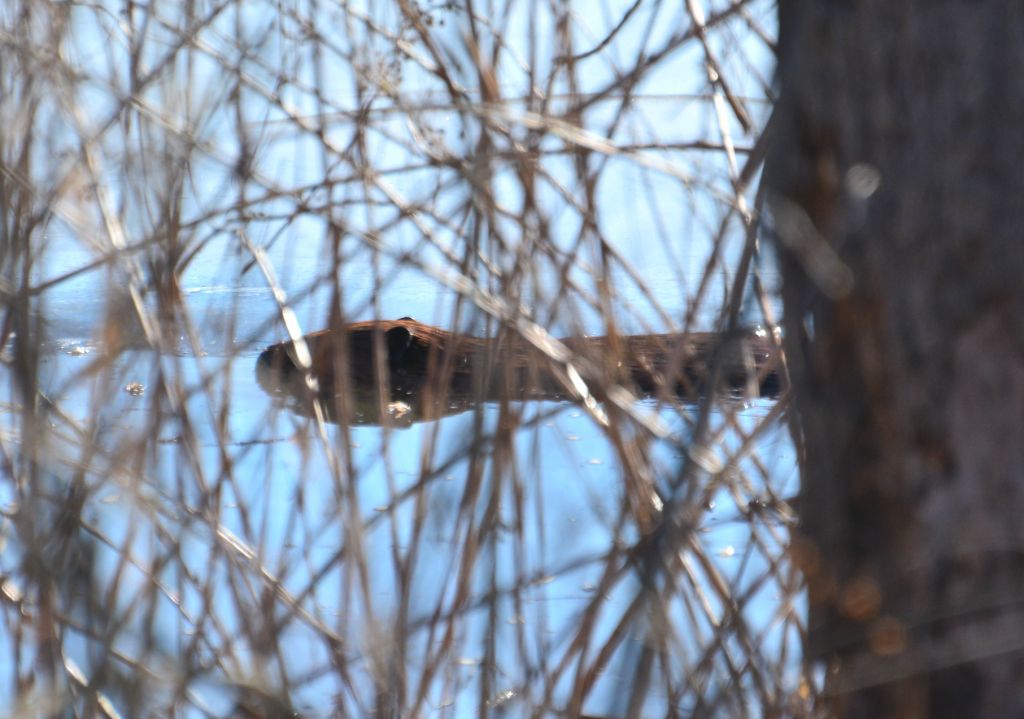 A beaver swims along the Trail 7 wetland at Pokagon State Park. 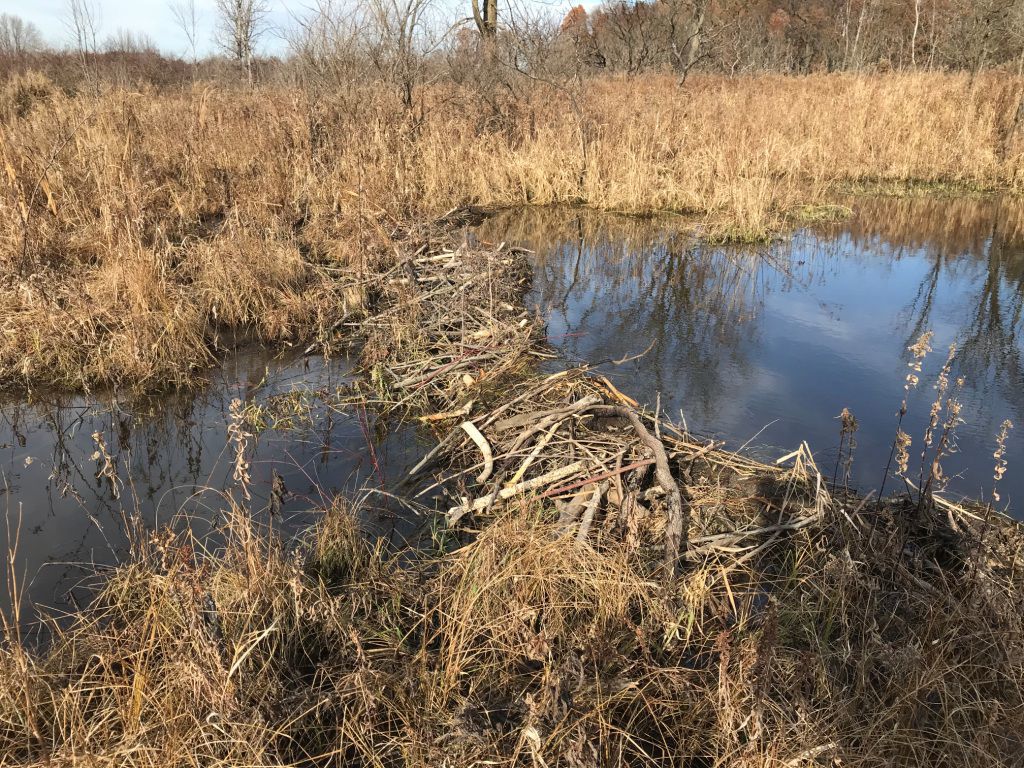 A beaver dam has been constructed in a fend at the Wooley residence. 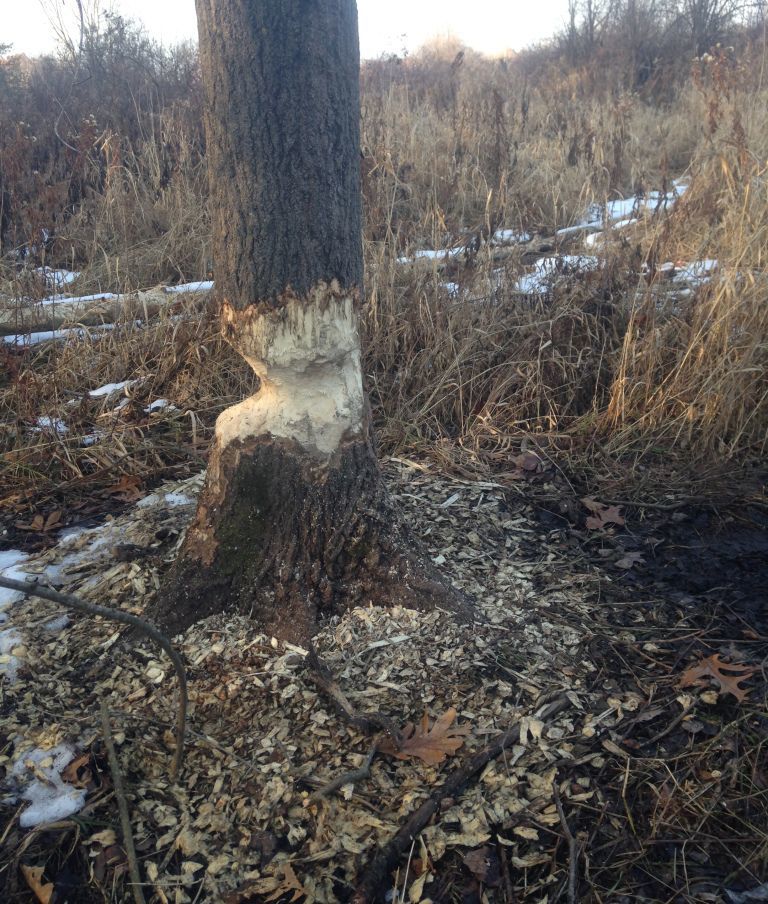 Wood chips lay around a beaver chewed tree on the Wooley property. 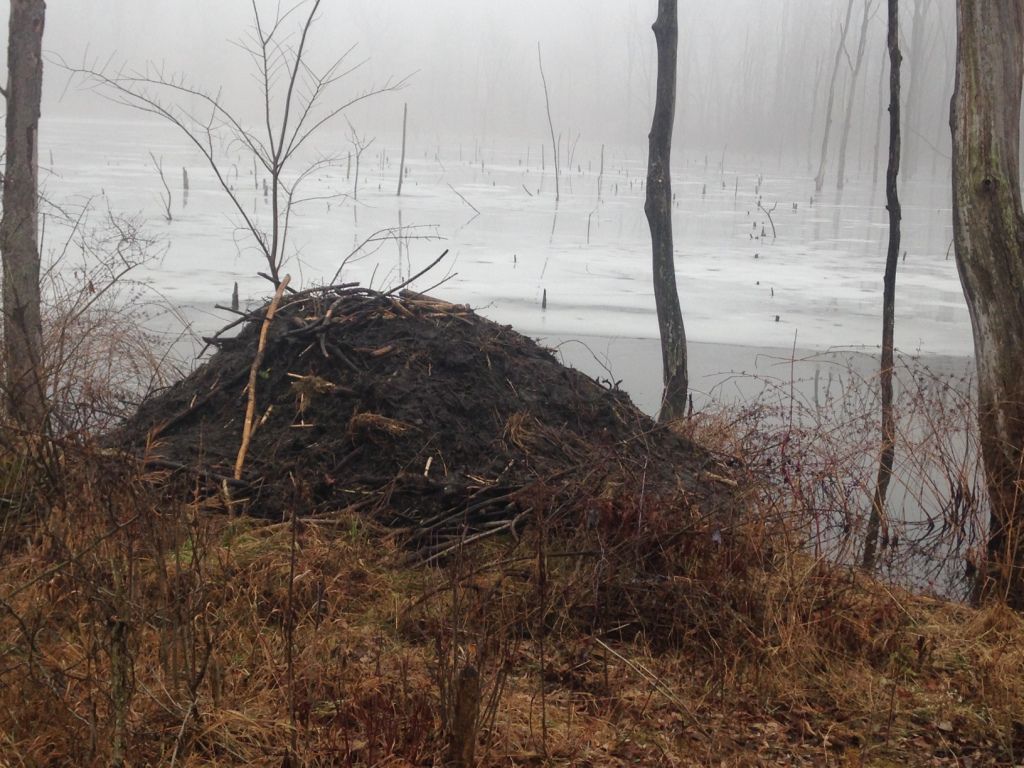 A beaver lodge is shown at Pokagon State Park during a past winter.

A beaver swims along the Trail 7 wetland at Pokagon State Park.

A beaver dam has been constructed in a fend at the Wooley residence.

Wood chips lay around a beaver chewed tree on the Wooley property.

A beaver lodge is shown at Pokagon State Park during a past winter.

I recently set off across our fen to collect the last of wetland seeds before the rain, snow and winds of winter send them to the muck soils below. A small creek, actually the headwaters of the Little Fawn River, divides most of the property from the high quality fen and the Michigan state line beyond.

To cross the narrow creek, I have an 8-foot, 2-by-12 board I toss across, bank to bank. As I approached the creek, which can almost be jumped, I noticed it was way beyond its banks and nearly 20 feet wide!

”What is going on?” I may have even said it out loud. I then noticed wedged up against the bank a small branch freshly stripped of bark. “Ahhh, beaver!” Mystery solved.

I moved downstream and soon encountered a typical, solidly built beaver dam about 25 feet long holding back a large pool of water, where on my last visit late this spring was the hummocky mixture of sedges, grasses and forbs unique to this wetland. Upon approaching I could hear the trickle of water as it tumbled over the mud and stick dam to the stream about 18 inches below.

All of this work was done just since late spring! Yes, busy beavers. Over the 20 years of owning this slice of nature we never have had beaver. I knew it was a matter of time. Beaver are basically found throughout Indiana and throughout eastern North America. That was not always the case. Because of their popularity in the fur industry in the 1800s and early 1900s, they were trapped to near extinction in Indiana. In 1935 several breeding pairs from Wisconsin were introduced into the Jasper-Pulaski Fish and Wildlife Area. They did well there and soon more were released in other areas with suitable habitats. Now they are commonly found statewide.

The beaver is one big rodent, the largest animal of that group, weighing 30 to 60 pounds. They have a broad head; small eyes; a big, mostly hairless, flat tail; and two large, orange incisors. These front two teeth are common to all rodents, but beaver incisors are several inches long, curving back into the skull and continue to grow as they constantly gnaw wood.

Beaver are strictly vegetarians, eating the cambium layer of trees, that tender portion just below the bark. In the summer, they might eat cattails and the flowers and seed pods of aquatic plants. I once watched a beaver on an early summer morning, floating lazily in a small lake, pulling in and devouring the flower heads of yellow pond lilies.

They chew and cut down trees to eat twigs and inner bark and reach smaller limbs higher up. They also chew and cut trees for building materials. Beaver lodges are big domes made of branches and mud at the water’s edge. An underwater entrance leads to a raised platform inside where a family of two adults and three to five offspring reside and spend the winter.

It’s one thing to build a home — we see that with many animals, the intricate woven nests of orioles, the elaborate multi-layer homes of hornets — but beaver go way beyond the home and build the environment in which they live. Beaver dams are wild mammal miracles of both engineering and construction. They start by laying limbs lengthways in a stream, the thick end facing upstream. Upon these they pack mud and then keep adding on layers, sometimes even reinforcing with stones.

The resulting impoundment provides an edge on which to build a lodge and space underwater in front of the lodge to store cut branches for winter meals. When the water freezes over, beavers remain in the lodge and come out into the under-ice pantry to retrieve a stick and take back into the lodge for a meal.

The ponds also make it easier to float and move limbs to the lodge. Lesser known than dams and lodges are canals that beavers dig to also facilitate the movement of cut branches to dams and lodges.

As all good builders, beavers come with adequate tools. Those long, ever-growing front teeth are chisel-tipped for gnawing. Their big flat tail provides a nice brace when standing to grab onto and chew a big tree. The tail also acts as a rudder when swimming and as a signal for danger. When threatened, a beaver will slap its flat tail with great force before rolling and disappearing into the depths.

A nearby public area in northeast Indiana where beaver can be encountered and enjoyed is Pokagon State Park, in the wetland surrounded by Trail 7. Three very noticeable lodges form a triangle on the north end of the wetland. The most southern lodge currently seems to be the most active. If you walk along the water’s edge on what used to be the trail before beaver flooded the area, forcing park employees to relocate the trail to higher ground, you will encounter a long dam on the north edge of the wetland. Mostly of cattails and mud, if conditions are right, you’ll see huge footprints from the beavers’ big, webbed, hind feet.

Occasionally during dark days or very early morning or just before sunset, you may encounter one as it swims to and from a lodge. Stand quietly when it emerges or one loud slap of the big tail and it is gone.

Fred Wooley is a naturalist, writer, and land preservation/restoration enthusiast. He lives on part of an old farm overlooking an extensive fen in northern Steuben County. He can be reached at fwooley@frontier.com.