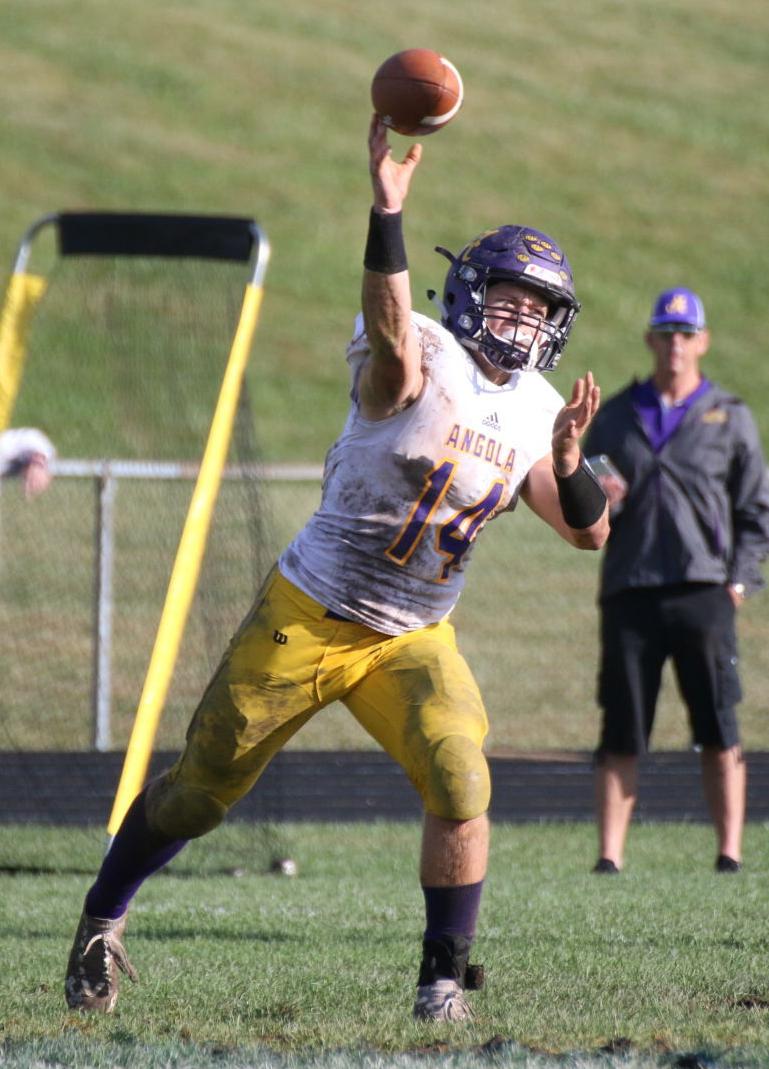 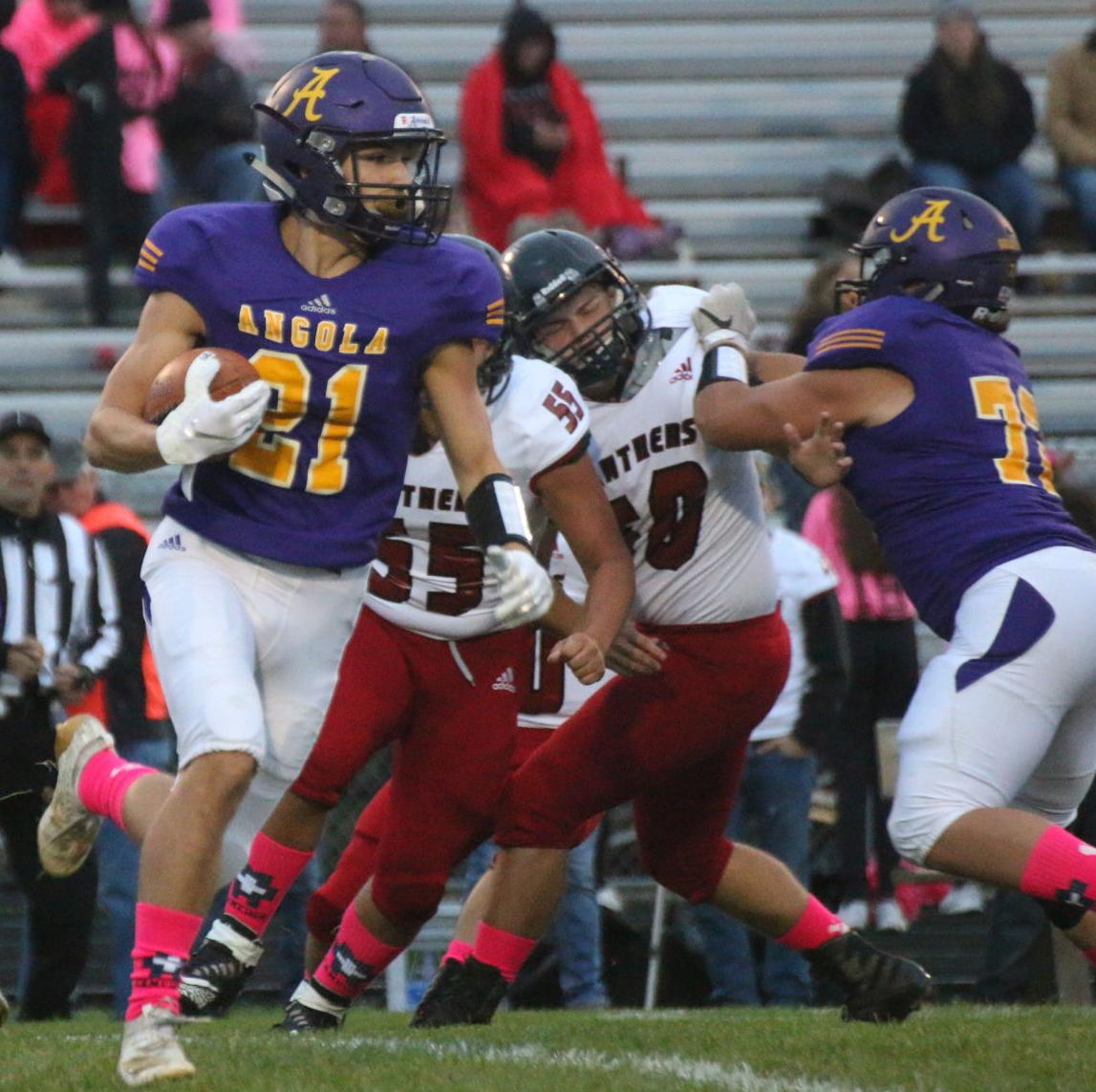 Lincoln Schreiber (21) will be among the many playmakers for Angola’s football team in his junior campaign this fall. 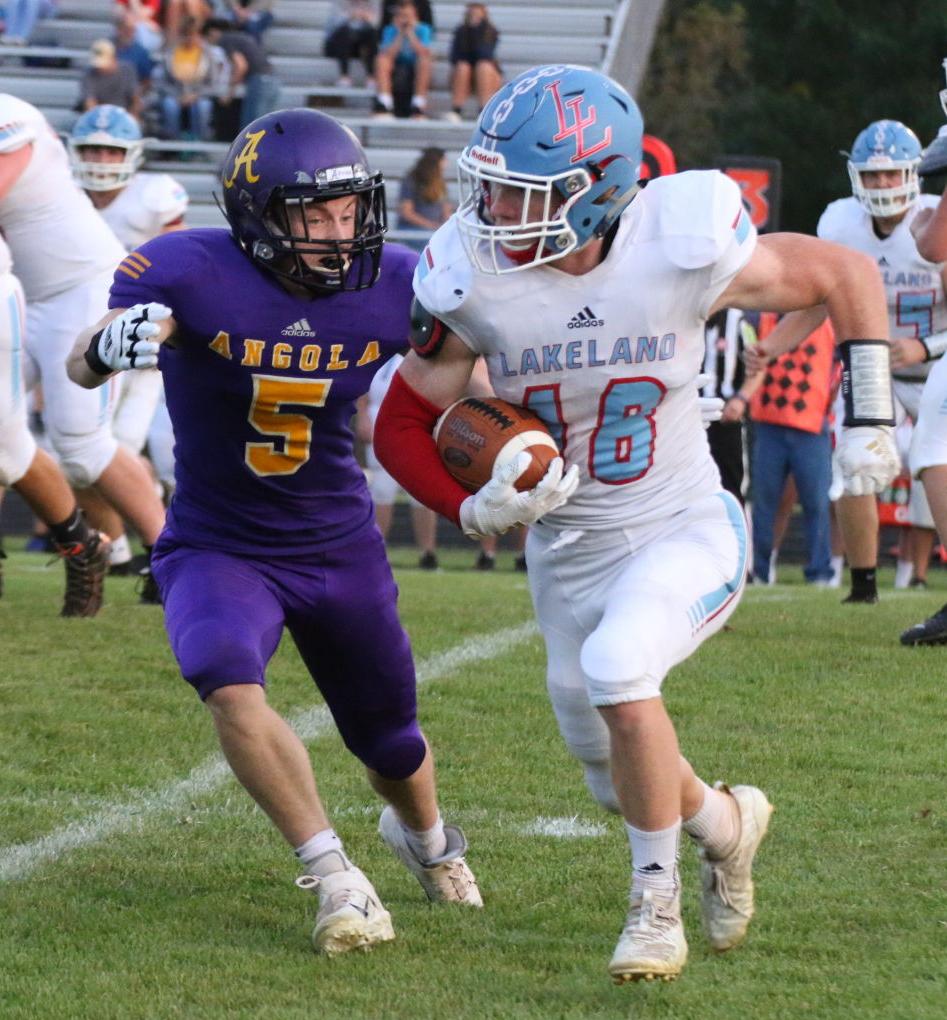 Angola’s Zack Buell (5) chases down Lakeland’s Camryn Holbrook last season. Buell returns for the Hornets in 2020 for his junior season.

Lincoln Schreiber (21) will be among the many playmakers for Angola’s football team in his junior campaign this fall.

Angola’s Zack Buell (5) chases down Lakeland’s Camryn Holbrook last season. Buell returns for the Hornets in 2020 for his junior season.

ANGOLA — Personnel will change, but expectations and standards do not for any winning program regardless of whatever is in front of it.

That is how Angola’s football program looks at itself even though it was in some transition in 2019 after graduating a couple of talented classes that led the Hornets to two straight Class 4A sectional championships in 2017 and 2018.

“We lost a lot of close games last year,” seventh-year AHS coach Andy Thomas said. “The first Leo game in week 2 and the Orchard Lake (St. Mary’s) game got away from us. But everything else could have went either way.

“It boils down to a lot of little things. We have to take care of the small fundamentals. We still have talent.”

Senior Tucker Hasselman is back for his second season as Angola’s starting quarterback.

“Tucker has improved a ton in every aspect of his game,” Thomas said. “He’s making sure he has provided the kind of leadership that we need and has kept people engaged.”

Seniors Tim Macomber and Coy Brames are returning starters on the offensive line. Senior Ashton Campagna saw a lot of playing time up front in 2019.

Two significant skilled players are back in junior running back Finley Hasselman and senior tight end-receiver Gage King. Junior Lincoln Schreiber is another productive player returning from last year, and senior Jacksyn Nafziger will also be in the receiving mix.

The Hornets will have to improve on defense while replacing a couple of the area’s top defenders in Brandt and Trick.

“We got to get better fundamentally on defense,” Thomas said. “We have to communicate better to get ourselves in the right spots.”

“Gio started the last seven games last year. He’s a dynamic playmaker, but he has to play within himself,” Thomas said.

Brames and Villafuerte were both sectional wrestling champions last winter.

Thomas likes the quality of depth his team has on the defensive line and at linebacker. He sees more guys playing both ways than the Hornets have had over the past three seasons, but likes how the rotations are coming together where that is not a big concern.

Angola will once again have a demanding schedule to start the season before getting into Northeast Corner Conference play. It opens with home games against solid Northeast 8 Conference opponents DeKalb and Leo before traveling to suburban Detroit to play Michigan powerhouse Orchard Lake St. Mary’s Sept. 4.