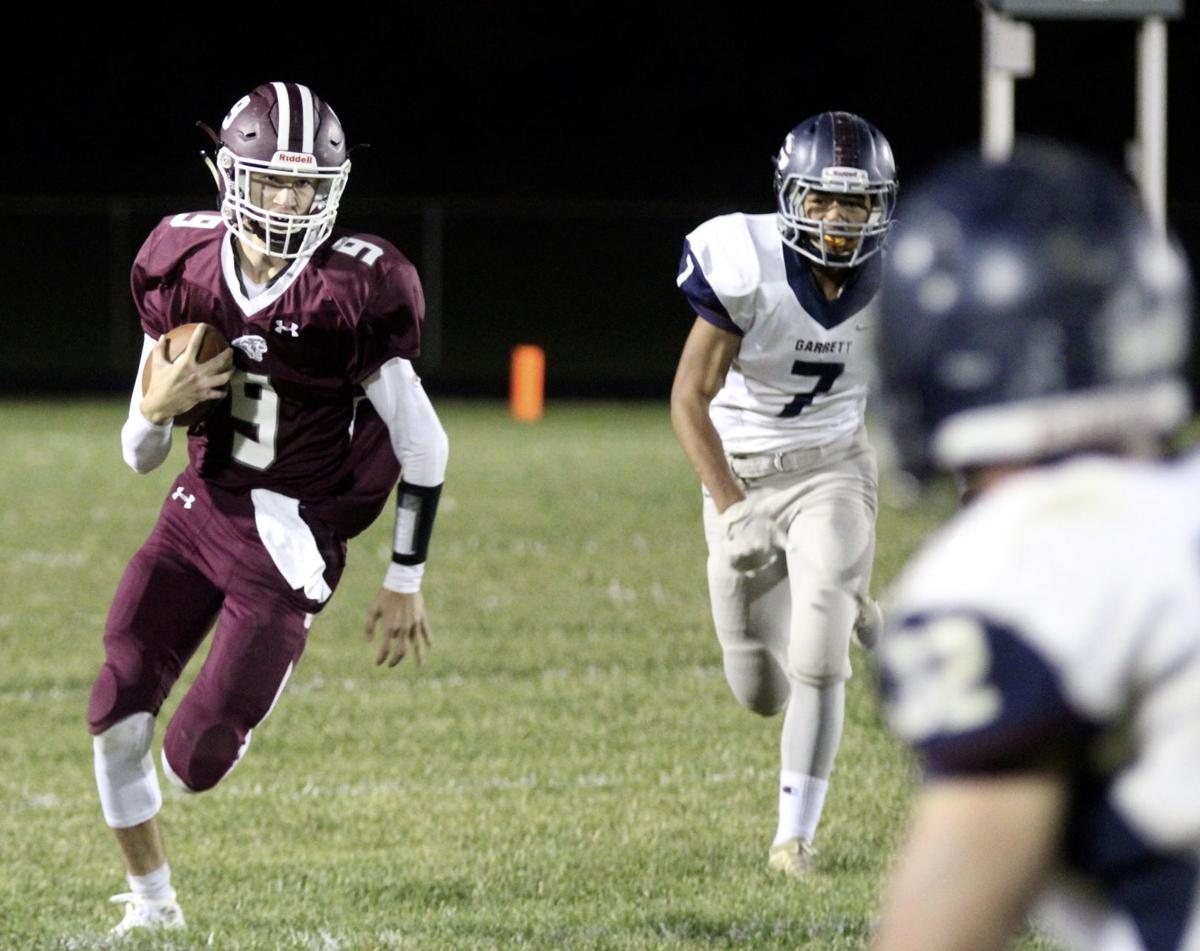 Central Noble quarterback Sawyer Yoder looks up field as he scrambles during a game against Garrett last season. 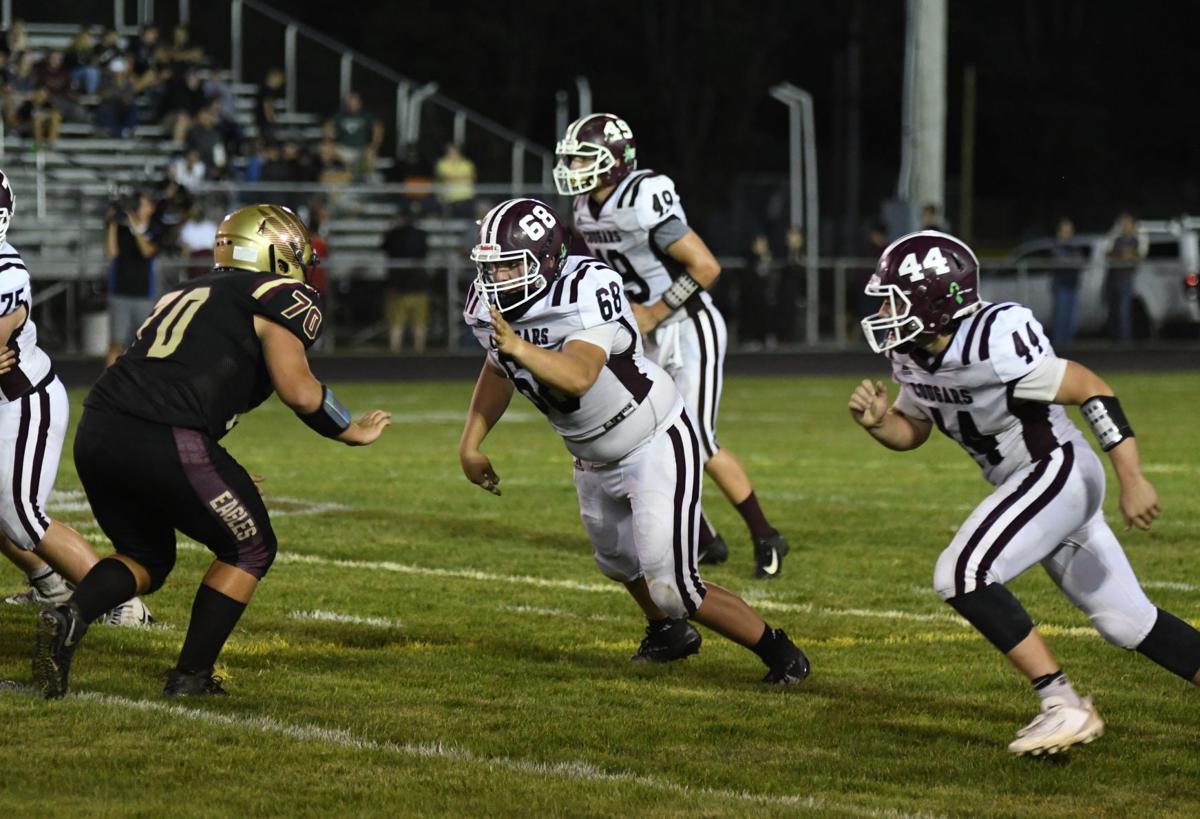 Logan Behm, Austin McCullough and Will Hoover race forward to hunt down a Columbia City ball carrier during a game last season. 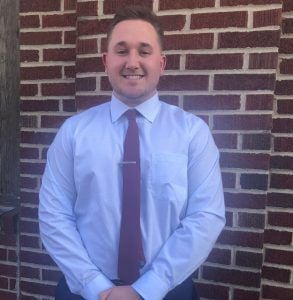 Central Noble quarterback Sawyer Yoder looks up field as he scrambles during a game against Garrett last season.

Logan Behm, Austin McCullough and Will Hoover race forward to hunt down a Columbia City ball carrier during a game last season.

ALBION — For Central Noble first-year head coach Hayden Kilgore, a shortened summer doesn’t phase him or his players. He actually feels like his team is in a good spot.

Having returning experience is another benefit for Kilgore in his first season. The Cougars return plenty of starters on both sides of the ball.

“I like that we bring a lot of kids back. Our kids have adapted really well to what we’re trying to implement,” Kilgore said.

With so much experience coming back, finding leaders for this year’s team was easy for Kilgore to identify. That takes some of the burden off him.

As the Cougars’ quarterback, Yoder will have experienced receivers to look for when dropping back this season, led by Hearld and Will Hoover.

Hoover led the defense in tackles last season with 91 tackles, including 6.5 for loss, and Kilgore wants to get him more involved in the offense this season.

Clayton Kirkpatrick, who played two years ago but didn’t play last season, is expected to have an immediate impact, according to Kilgore.

“We’re going to try to get him the ball. He’s a big, physical athlete,” Kilgore said.

An area where the Cougars have to sure up is the offensive line.

“We’re pretty thin up front on the offensive line and we have some kids that are banged up or were previously banged up,” Kilgore said. “Our skill guys are pretty set. They’ve worked themselves out for where they’re going to be. But right now, up front we have a lot of question marks. There’s some holes to fill, and some young guys are going to have to step up and play on Friday nights.”

A few of those young players Kilgore is looking at are Blake Weeks, Riley Bremer and Tim Rawles.

The Cougars have been up and down the last few seasons. Kilgore wants to see consistent growth in the program.

“Just to be a part of a program that is hopefully on the rise. I’d like to put my footprint on it. That’s one thing that it might not be this year or might not be next year, but here in the next couple of years we start to turn things around,” Kilgore said. “It very well could be this year. We have some athletes. We just have to put them the right place.”

Even though he’s a young head coach in his first season, Kilgore has plenty of experienced coaches to lean on for guidance.

“I like to mix with a lot of the people that I’ve been around, like (Churubusco coach) Paul Sade, Trevor Tipton and Greg Moe,” Kilgore said. “I’ve gone to clinics and that sort of thing. I really just want to take all of these things and mesh them together and create a program that a down year would be more than just a couple of wins.”