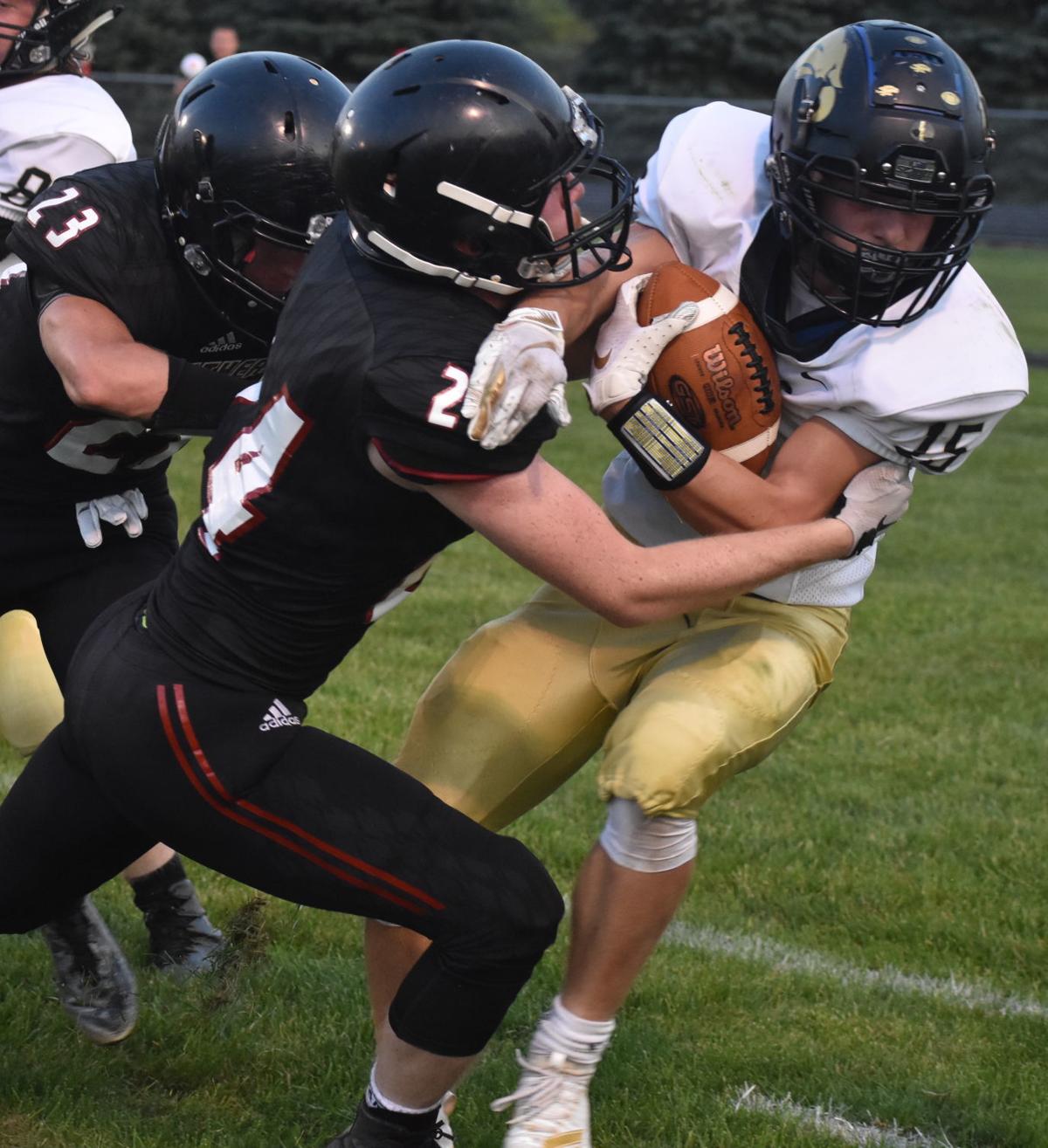 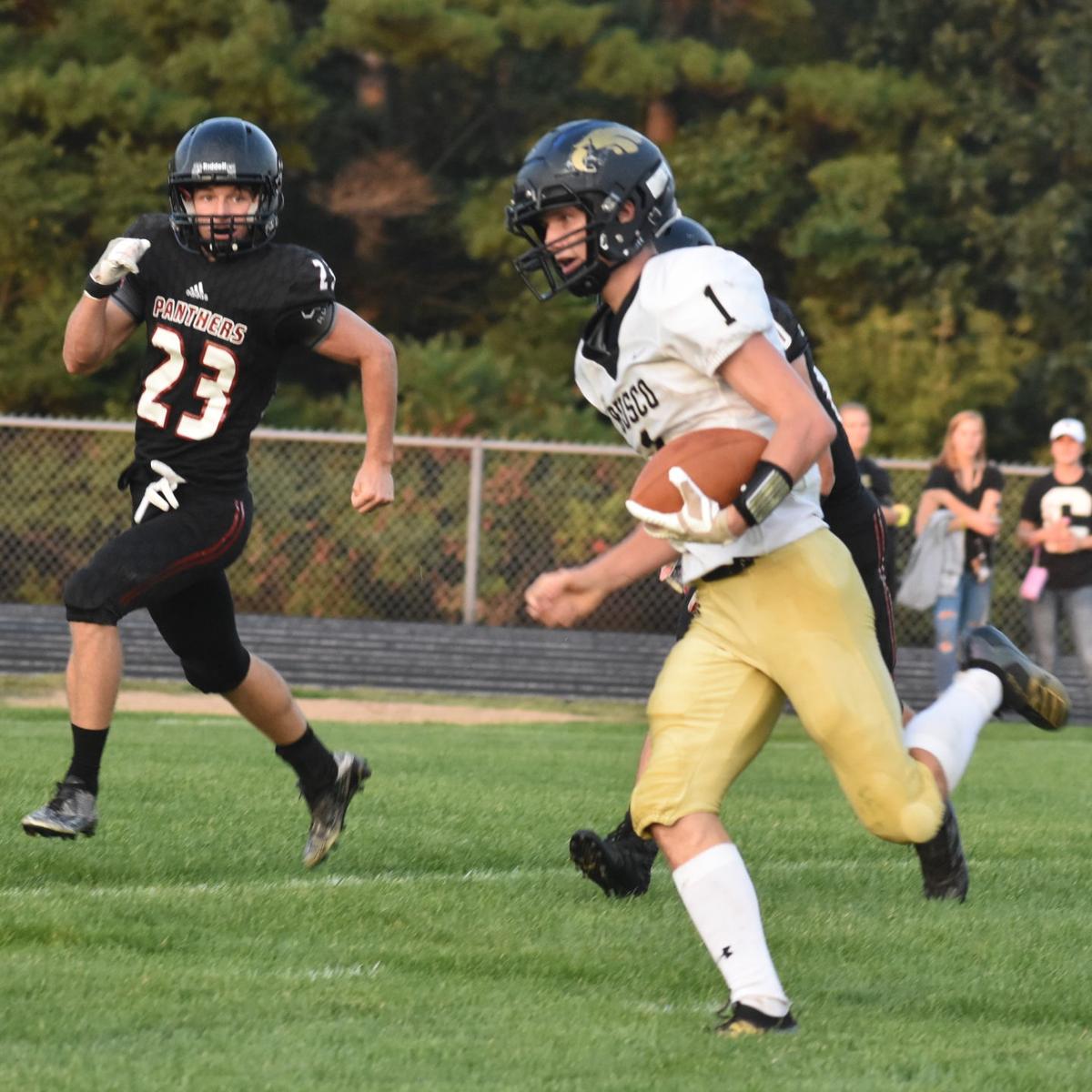 Churubusco quarterback Sam Wood heads to the end zone as he scrambles for a touchdown during Friday night’s game.

Churubusco quarterback Sam Wood heads to the end zone as he scrambles for a touchdown during Friday night’s game.

A tackle for loss by Ethan Hoover forced the Eagles to punt on their first possession, but the visitors scored on five of their next six possessions.

Jake Fulk ripped off a 27-yard gain on Churubusco’s second possession, and later scored on a 4-yard run. The two-point conversion failed.

An interception by Nick Nondorf led to the next Eagle score. Gavin Culler’s sack of Sam Wood set up a fourth-and-12 for the Eagles, but Wood was chased from the pocket and scrambled 36 yards for a score. Nondorf took in the two-point conversion for a 14-0 lead with 2:06 to play in the first.

Nondorf’s long punt return set Churubusco up in Panther territory. Gage Kelly scored from the 1, and Wood threw to Hunter Perlich for a two-point conversion, giving the Eagles a 22-0 lead at the 11:10 mark of the first half.

Cody Melson sacked Wood, however, to squelch the next Eagle possession.

Fulk broke off a 21-yard touchdown run at the 8:28 mark of the half, and also carried for the two-point conversion and a 30-0 lead with 8:28 left before the half.

Fulk scored again on a 61-yard run the next time Churubusco had the ball. A pass for two points failed, and the Eagles led 36-0.

The Eagle defense held the Panthers without a first down until just more than two minutes remained in the half, when Hoover completed a pass to Zach Wiseman to move the sticks.