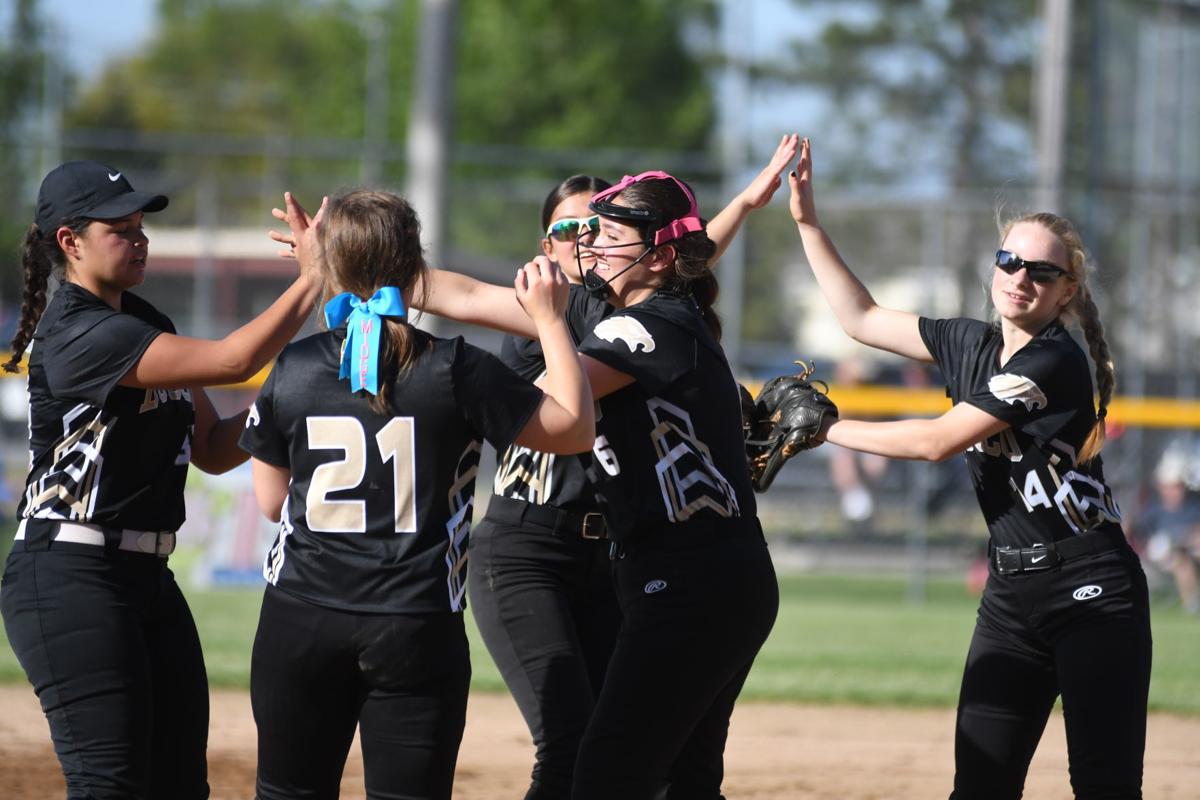 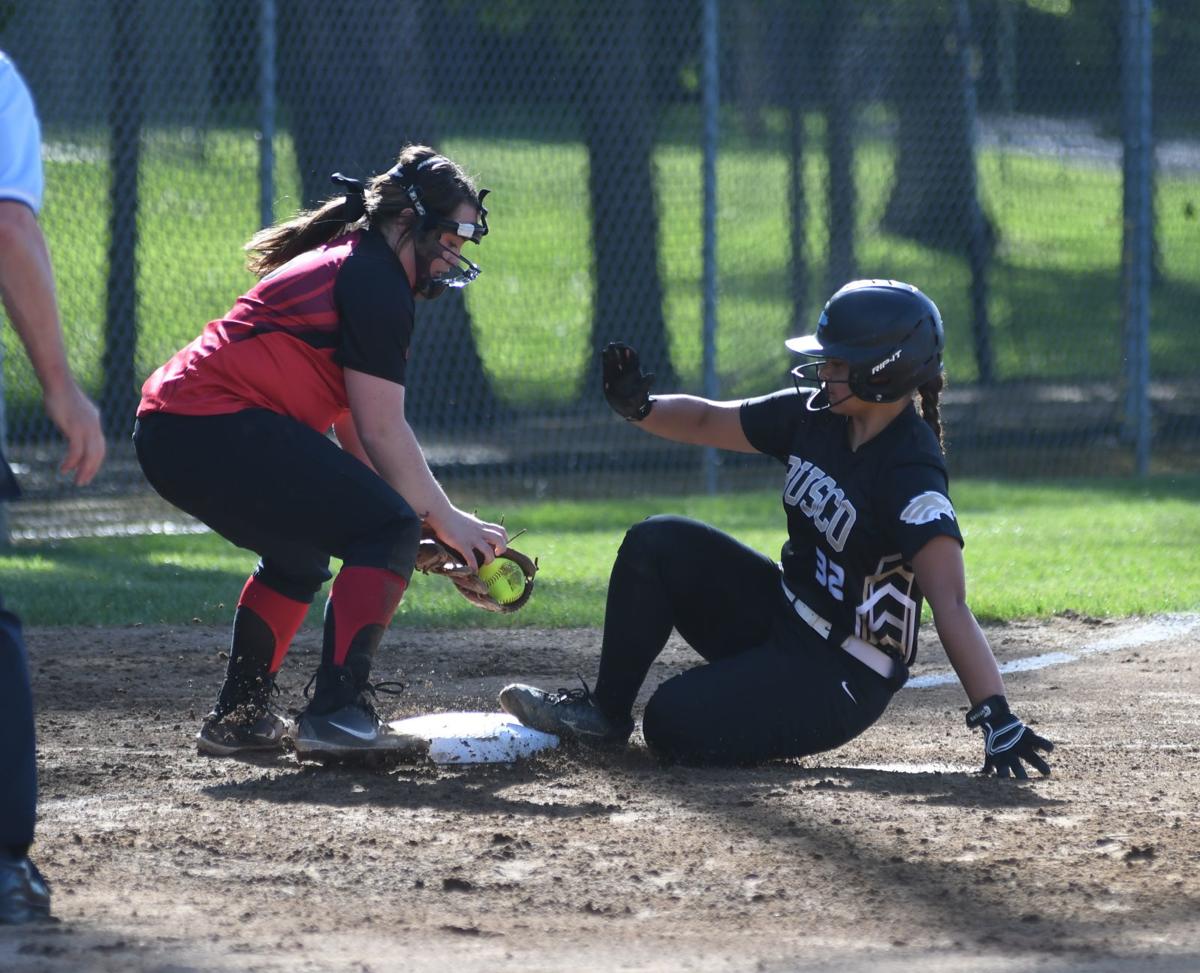 Abbigail Erwin slides into third base during the first inning of Wednesday’s sectional game.

Abbigail Erwin slides into third base during the first inning of Wednesday’s sectional game.

CHURUBUSCO — Churubusco’s softball team continued its late-season success Wednesday evening, winning the opening round of its own sectional over Bluffton, 11-5.

The Eagles got off to a strong start holding off a Bluffton run thanks to the work of left fielder Mariah Hosted, who caught two pop flies in the inning.

The Eagles opened the game with two quick runs. First, Abigail Erwin got on base with a single, and Madison Simmons advanced her to third with a double. Katy Krider hit a short pop-fly over the second baseman’s glove, and the Eagles put two runs on the board to start the game.

The Eagles continued their stingy defense into the second inning, with Erwin snagging a line drive from the shortstop position, Brianna Baughman getting a groundout and freshman pitcher Jaylynn Baughman ending the inning with a catch of her own.

Brooke Nondorf scored in the bottom of the second off a hit by Brianna Baughman to give the Eagles a 3-0 advantage.

Neither team scored in the third, and Churubusco saw five runners cross home plate in the fourth. Nondorf scored again in the fifth and the Eagles closed out the game with runs by Erwin and Simmons.

The Eagles advance to sectional semifinal play today at 5 p.m.

Central Noble will play powerhouse Bremen in the final Friday at 5:30 after they both posted shutout wins in semifinal games. The Cougars beat the host Warriors 12-0 in six innings, and the Lions won 10-on over Prairie Heights.

In the first game, Maddie Bremer threw a two-hit shutout with seven strikeouts and Bridgette Gray drove in three runs to lead the Cougars (22-3).

Central Noble had seven stolen bases and Westview made plenty of mistakes throughout the contest.

Starting pitcher Alexys Antal took the loss for the Warriors (11-12). Antal and Addie Bender each had a hit.

In the second semifinal, Kaelyn Shively threw a perfect game for Bremen (25-2) with eight strikeouts. Erin Coffel hit a three-run homer in the fourth inning.

The Panthers finished their season at 4-21.

In the first game of the Class 2A Westview Sectional, the Lancers led 8-0 after the four innings during Wednesday’s sectional game as the Panthers’ defense was overwhelmed all game long.

LaVille outhit Heights 15-4 in the game. Layne Bachelor recorded two of those Panther hits, with Ryan Rasler and Butch McKee each adding another.

On the mound, Rasler pitched four innings before giving way to Seth Troyer. Rasler yielded 11 hits during his time, while giving up eight runs. He struck out two batters.

Five runs in the fourth inning powered LaVille to the win.

In game two Thursday, the Lions scored a run in the bottom of the seventh inning to tie it and a run in the eighth to win it and end the Warriors’ season.