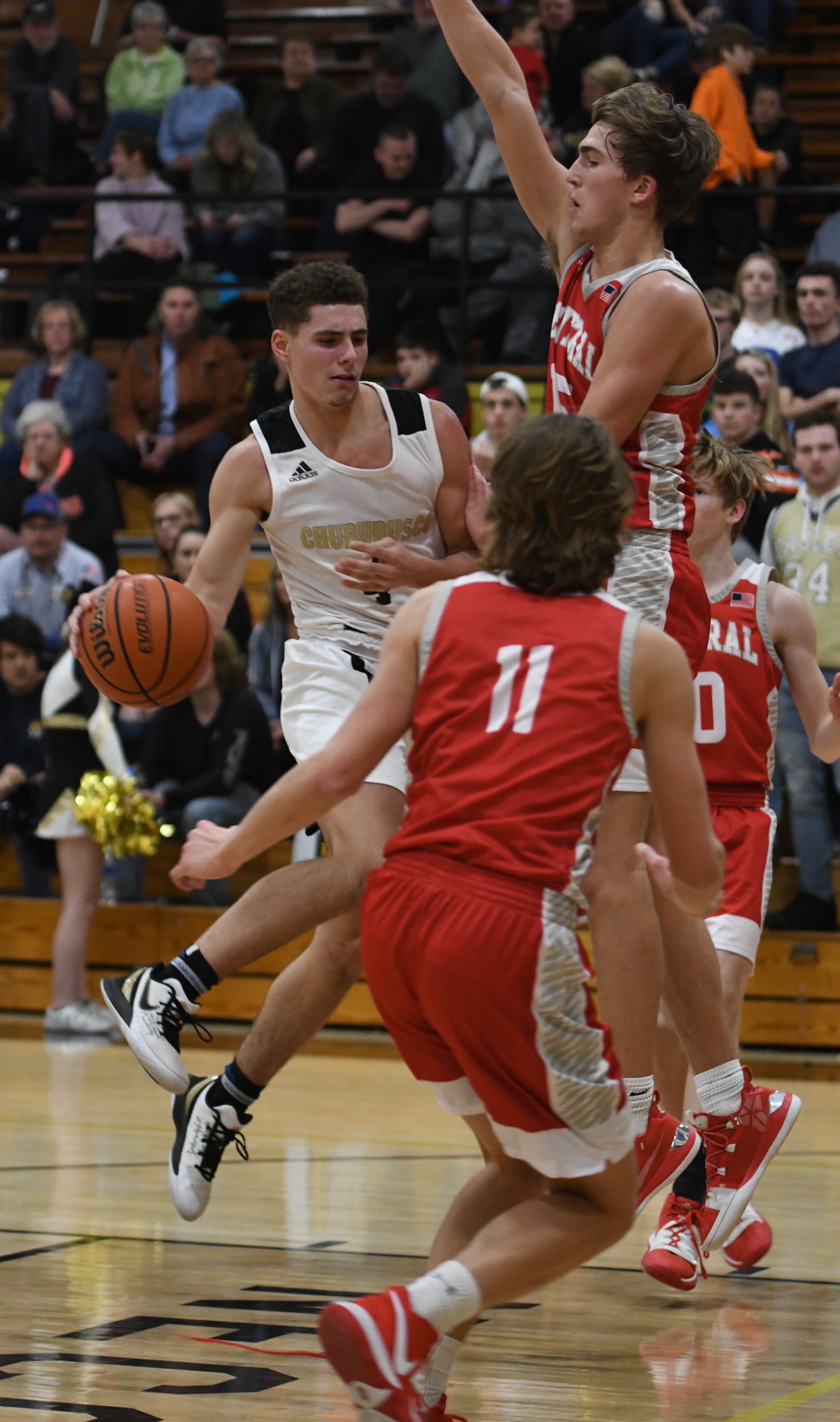 Churubusco’s Jackson Paul makes a leaping pass in the first half against Adams Central on Tuesday. 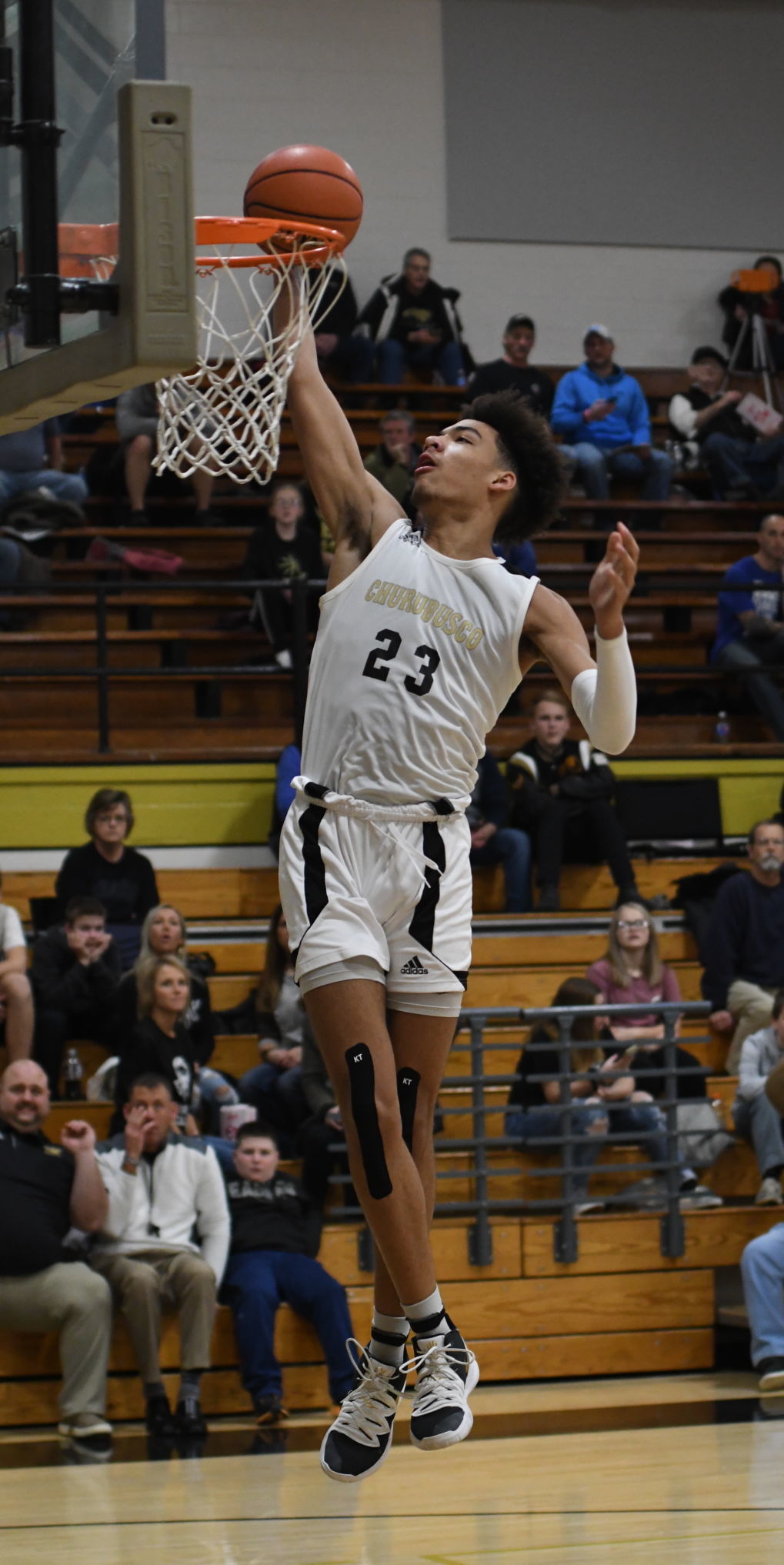 Landen Jordan throws down one of his six dunks against the Flying Jets. 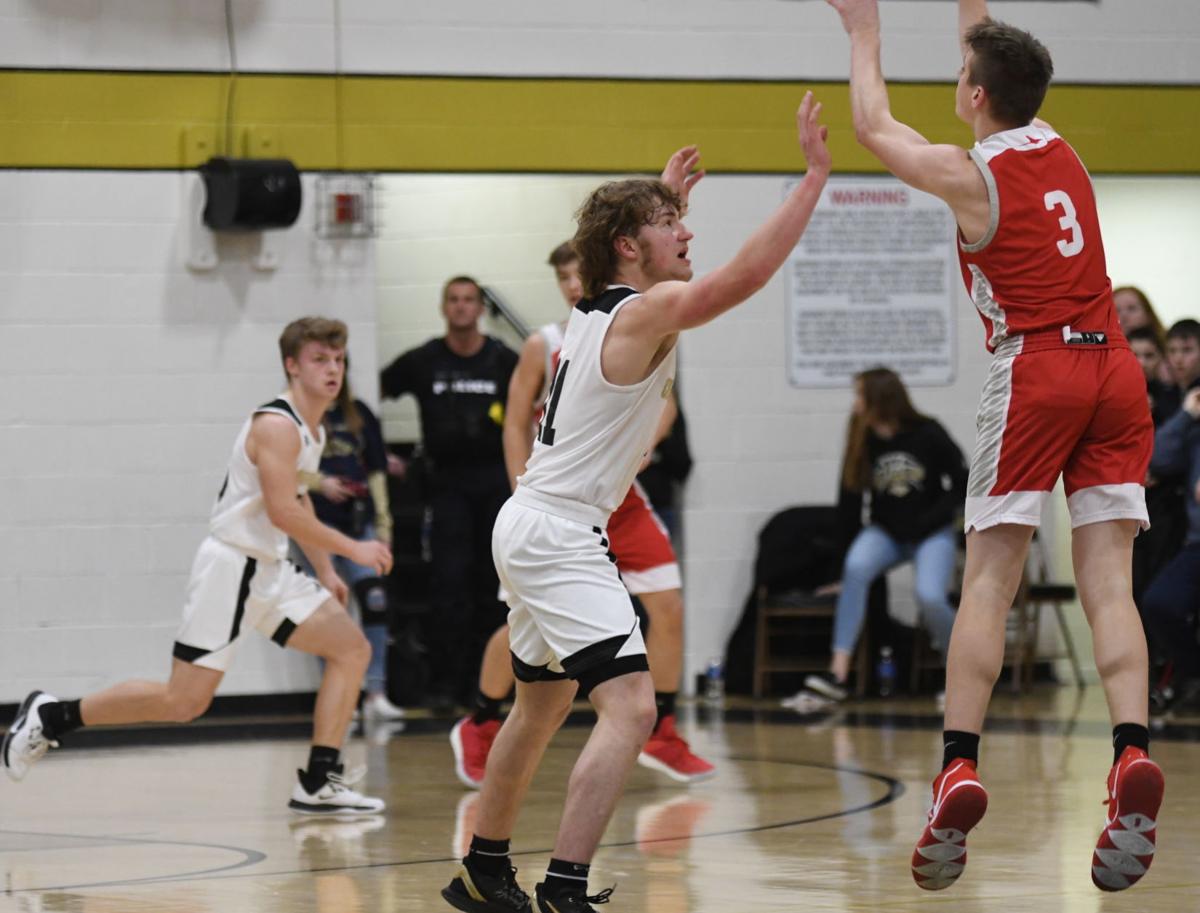 Churubusco’s Jackson Paul makes a leaping pass in the first half against Adams Central on Tuesday.

Landen Jordan throws down one of his six dunks against the Flying Jets.

CHURUBUSCO — Churubusco's boys basketball team showed off its new center to its home crowd in prime fashion on Tuesday against Adams Central, 71-54.

Landen Jordan made his debut for the Eagles on Jan. 8 at Woodlan, the start of a four-game road tour for Churubusco in which the Eagles went 3-1.

Jordan tallied six dunks in the contest — despite spending a portion of the game on the bench due to foul trouble — sparking the student section and his fellow teammates to a strong win over the 5-9 Flying Jets.

Jordan recorded six of Churubusco's 18 first-quarter points, as the Eagles spread its offense between five players to take an 18-17 advantage in the first quarter.

Jackson Paul put up six points of his own in the second quarter, four of which were scored in the last 51 seconds of the half. Paul's effort helped Churubusco to a 37-29 halftime lead, despite Jordan picking up his third foul with 2:35 left in the second.

Adams Central's Ben Voirol opened the second half with a quick bucket, but the Flying Jets only scored once more in the need six minutes. Meanwhile, Jordan tallied back-to-back dunks, Luke McClure scored twice, Hunter Perlich scored twice and Paul added another field goal to give the Eagles an 18-point lead with one minute left in the third.

Adams Central closed out the third scoring four points in the last minute, making the score 51-37 going into the final quarter.

Churubusco kept up its scoring barrage in the fourth quarter, putting up 20 points from six different players, ending the game with the 71-54 win.

Four Eagles ended the game in double digits — Paul with 19, Jordan with 18, Perlich with 16 and McClure with 11. Gage Kelly scored four points and Tim Knepple added three to round off Churubusco's scoring.

Churubusco's boys and girls teams travel to Angola for a doubleheader on Friday, with the girls starting at 6 p.m. and the boys to follow.

The win improves Churubusco to a winning record, 6-5, and drops Adams Central to 5-9.