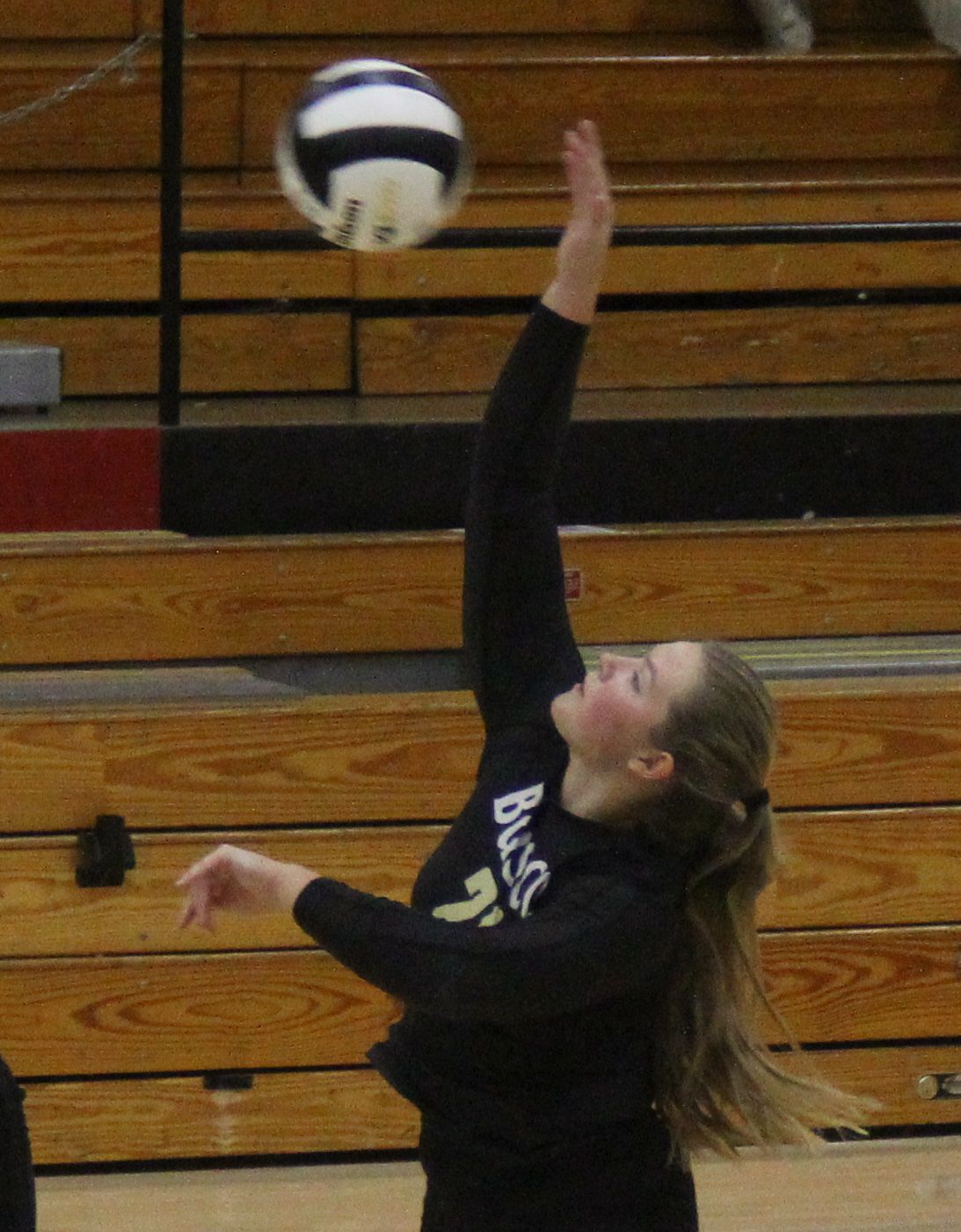 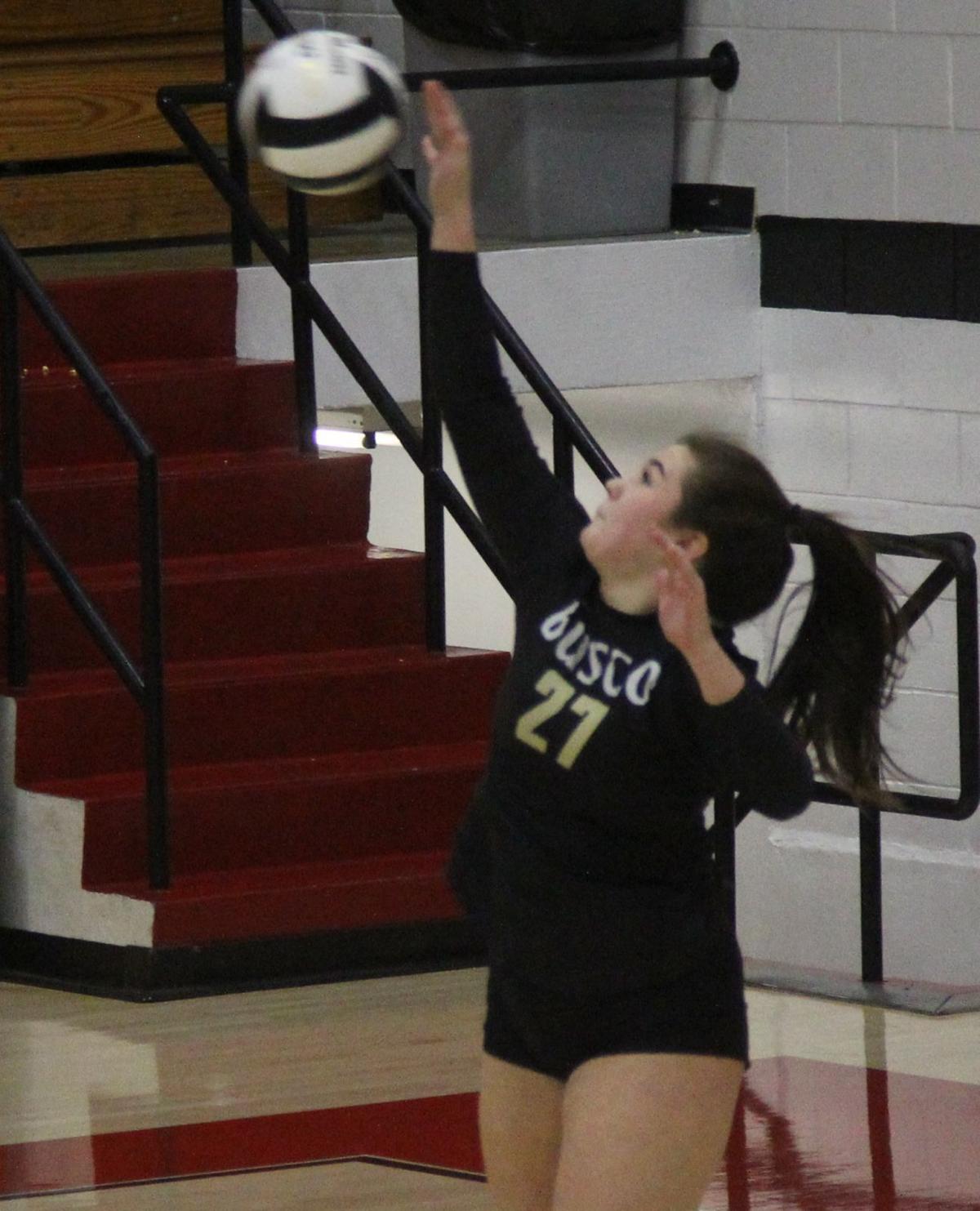 Churubusco's Malanie Geiger puts the ball in play with a solid serve against Eastside in Thursday's sectional match at Prairie Heights. 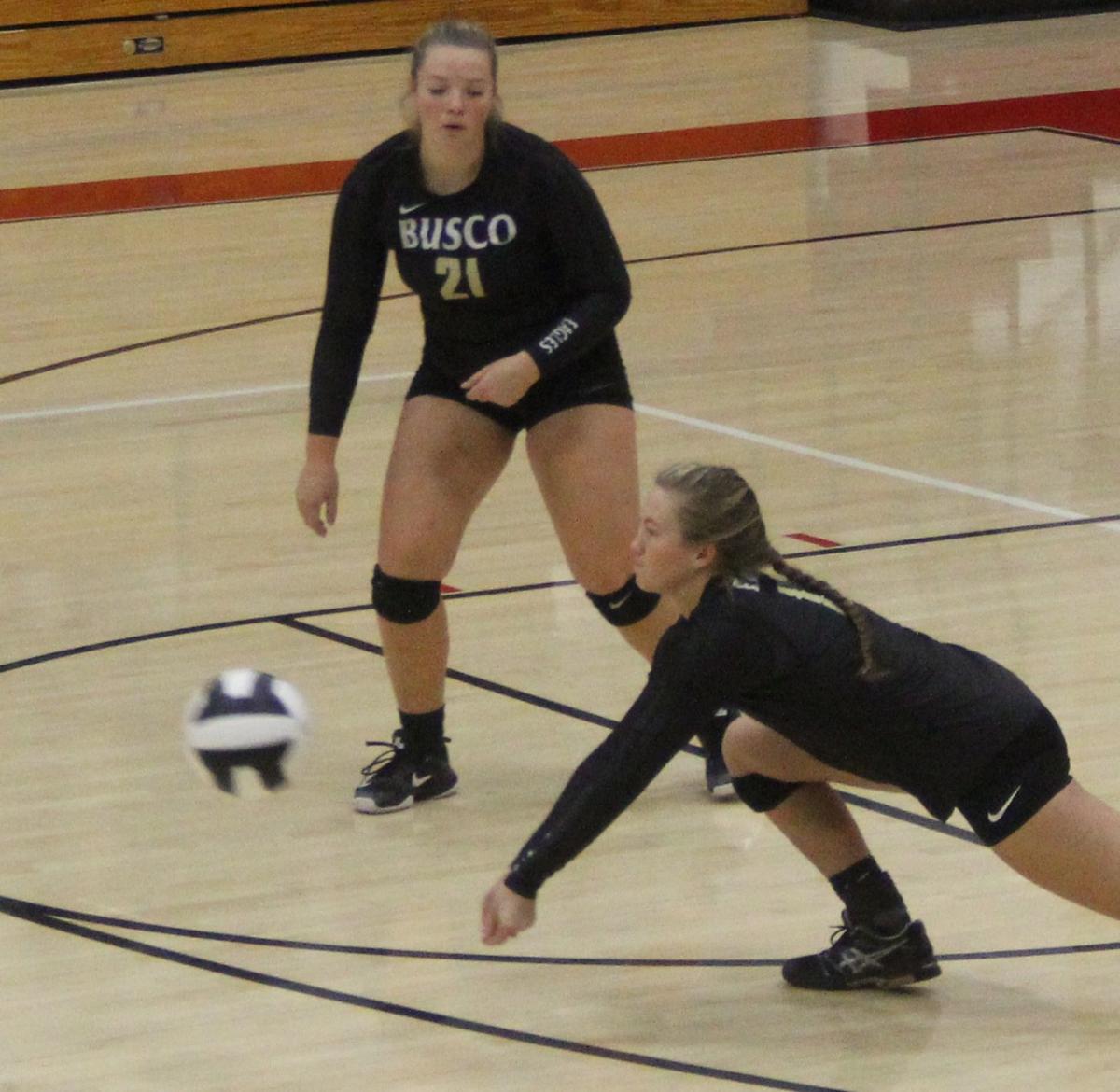 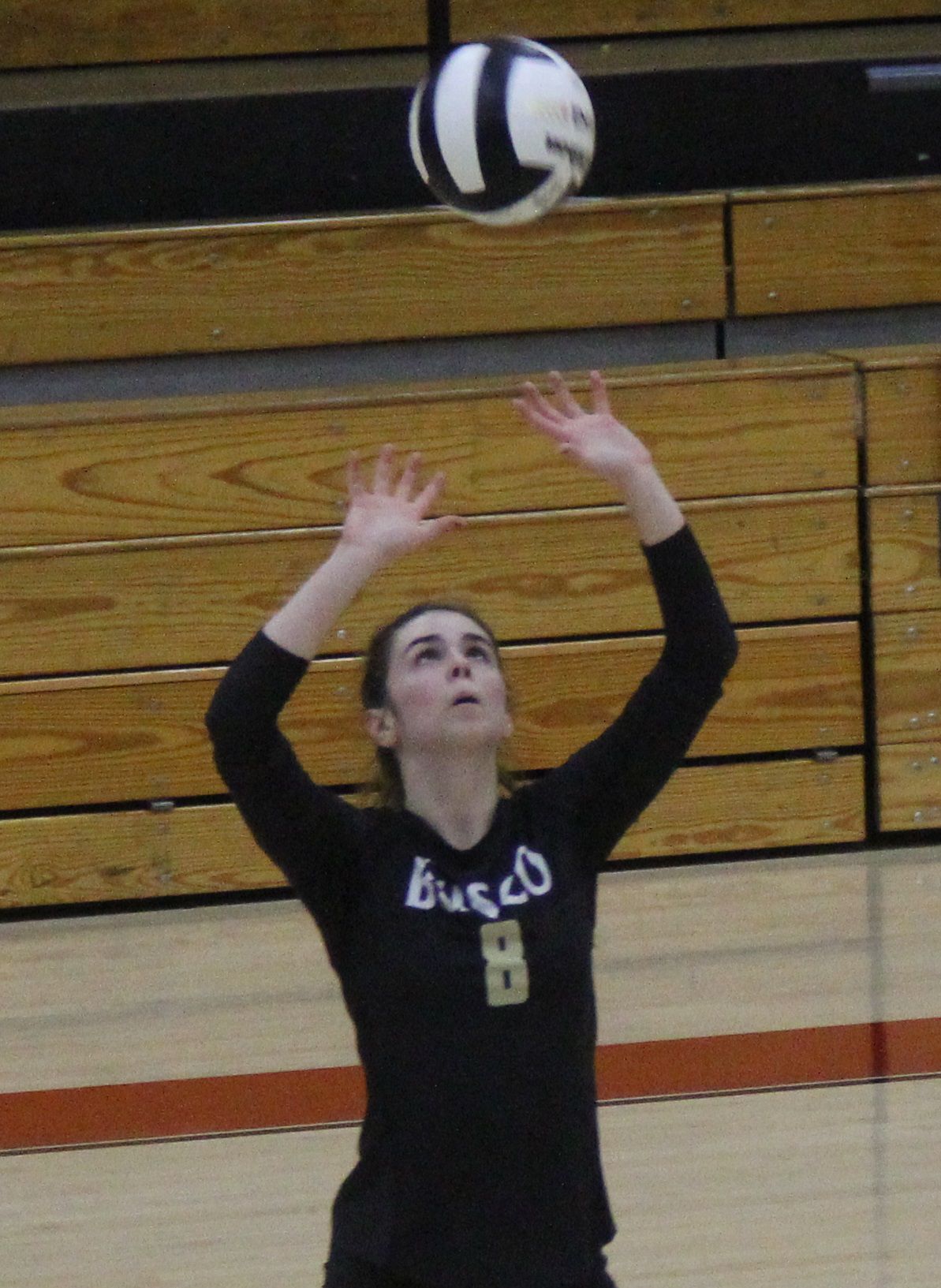 Churubusco's Mallory Sphar moves the ball into position for an attack against Eastside.

Churubusco's Malanie Geiger puts the ball in play with a solid serve against Eastside in Thursday's sectional match at Prairie Heights.

Churubusco's Mallory Sphar moves the ball into position for an attack against Eastside.

Statistics were not available for the Eagles.

Franz had 24 digs and sophomore Mataya Bireley had 19. Senior Jessi Gerke had 16 assists. Sophomore Skyelar Kessler had nine for the Blazers.

The first set featured a dozen ties and neither team leading by more than a handful of points after Churubusco grabbed an early 5-1 lead.

Eastside took a 23-20 lead when Churubusco couldn’t return Eleanor Neumann’s serve. The Blazers later thought they had extended the lead to four on a Churubusco net tip, but instead, Eastside was called for net interference.

The Eagles took the lead when Eastside knocked the ball out of play, and Madison Gaff closed out the set with a kill.

The Blazers grabbed an 11-2 lead with help from a kill from Breanika Steury and a Paige Franz ace.

Churubusco fought back, as Hannah Boersma got a kill on an Eastside over pass and blocked a spike. That cut the margin to 11-7.

Eastside stretched the lead to 16-10 on Allison Hoffelder’s kill, but a tip by Jade Rouch cut the gap to 16-15.

The Blazers maintained the lead until Boersma’s kill evened things at 20-all. Two aces by Mariah Hosted put the Eagles in the driver’s seat, and a Boersma tip ended the second set.

Eastside fell behind 14-6 in the third set, but an ace by Whittney Pfefferkorn and a Hoffelder kill shrank the deficit to 15-13.

Some spiking errors enabled Churubusco to pull away again, and a Boersman block made it 21-16.

Skyelar Kessler served an ace to give Eastside hope at 21-18, but Mallory Sphar’s kill, followed by a Boersma ace all but sealed the victory. The match ended on a Blazer serve out of play.