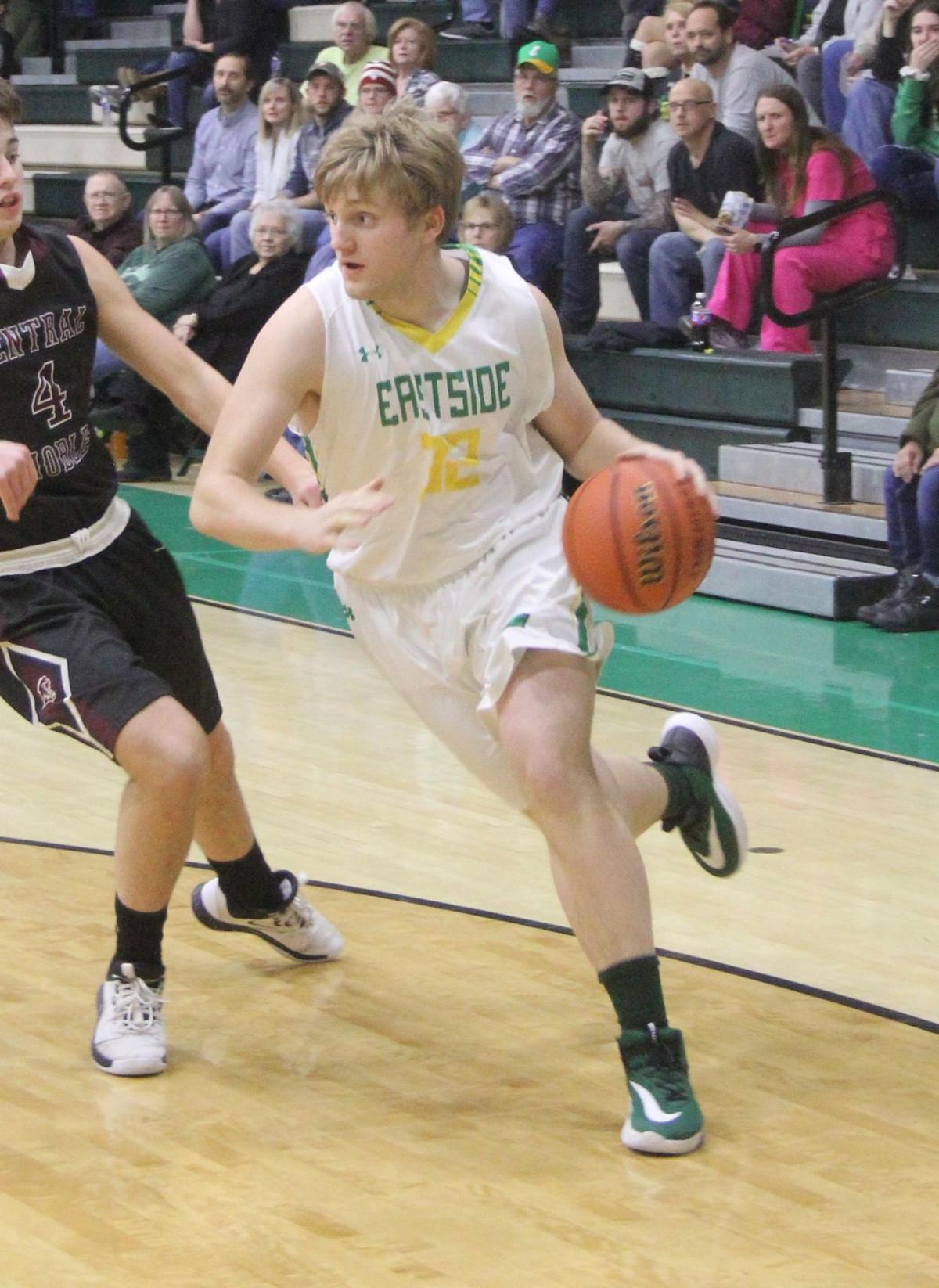 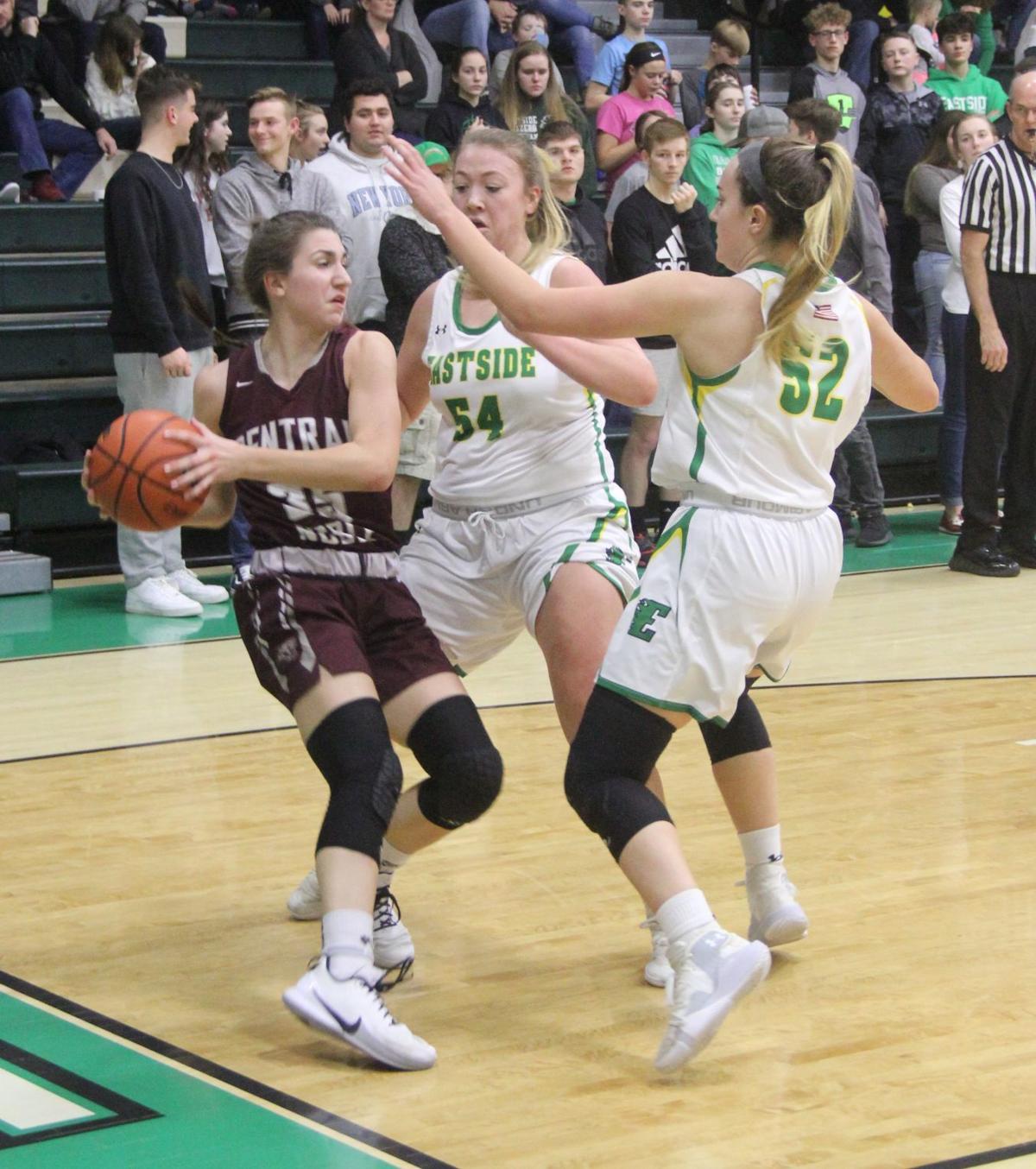 The Cougar girls held on for a 42-38 win. Leading by three at halftime, the Central Noble boys pulled away for a 60-37 victory.

Bridgette Gray scored 12 of her game-high 19 points in the first quarter, then had her final seven points in the fourth quarter to lead the Cougar girls to the victory.

The go-ahead score came when Eastside’s Sullivan Kessler ran down a long pass from Paige Graber, scored, and completed the three-point play.

Two free throws by the Cougars’ Meghan Kiebel put her team right back on top.

Eastside got a deep three from the key from MacKensie Rieke while Gray answered at the other end for Central Noble. After a Blazer miss, Gray made one of two free throws with 3:15 to go for a 39-37 lead.

The Blazers turned the ball over on their next three possessions. The Cougars didn’t score again until two Gray freebies with 24.5 seconds left.

“We gave them 17 points in the first quarter, just like we did 10 days ago (in the NECC tournament),” Eastside coach Mike Lortie said. “We don’t usually do that, and that’s a little bit disappointing.

“The girls bounced back. They played hard, got us back in the game and got us a one-point lead in the fourth quarter.

“Those might be two of the most evenly-matched games we’ve played this year,” Lortie said. “They’re well-coached and they play hard. I’d like to feel we’re in the same boat they are. They’ve just got us a couple of times.”

“We’ve just got to get off to a better start,” the Blazer coach said. “We gave them 25 points the rest of the game after giving them 17 in the first quarter.

“When we put four quarters together, we’ll be good. We’ve a couple more games to get ready for sectional. That’s the end goal.”

Connor Essegian and Myles Smith had three bombs each. Essegian led all scorers with 23 points. Smith scored all 12 of his points in the first quarter and Sawyer Yoder finished with 13.

Logan Fry hit three bombs of his own in the quarter, and teammates Hugh Henderson and Owen Willard added one each as the Cougars led 18-17 after one.

Essegian’s three-point play with 6 minutes, 46 seconds left in the third extended his team’s lead to eight. A three by Yoder, followed by his own three-point play later pushed the lead to double digits midway through the quarter.

Eastside’s only points of the fourth came with 30 seconds to go, as the hosts were outscored 14-2 in the period.

The Blazers had nine threes of their own, with four two-point field goals and two free throws.

After shooting 50 percent (6-12) in the first quarter, Eastside cooled off considerably, finishing at 29 percent (13-of-45) for the game.

Eastside’s reserve girls team led 11-0 after one quarter and 27-7 at halftime.

Eastside’s girls basketball team closes out the regular season against Heritage (11-8) Thursday and at Westview (3-17 overall, 0-9 in the NECC) Saturday.