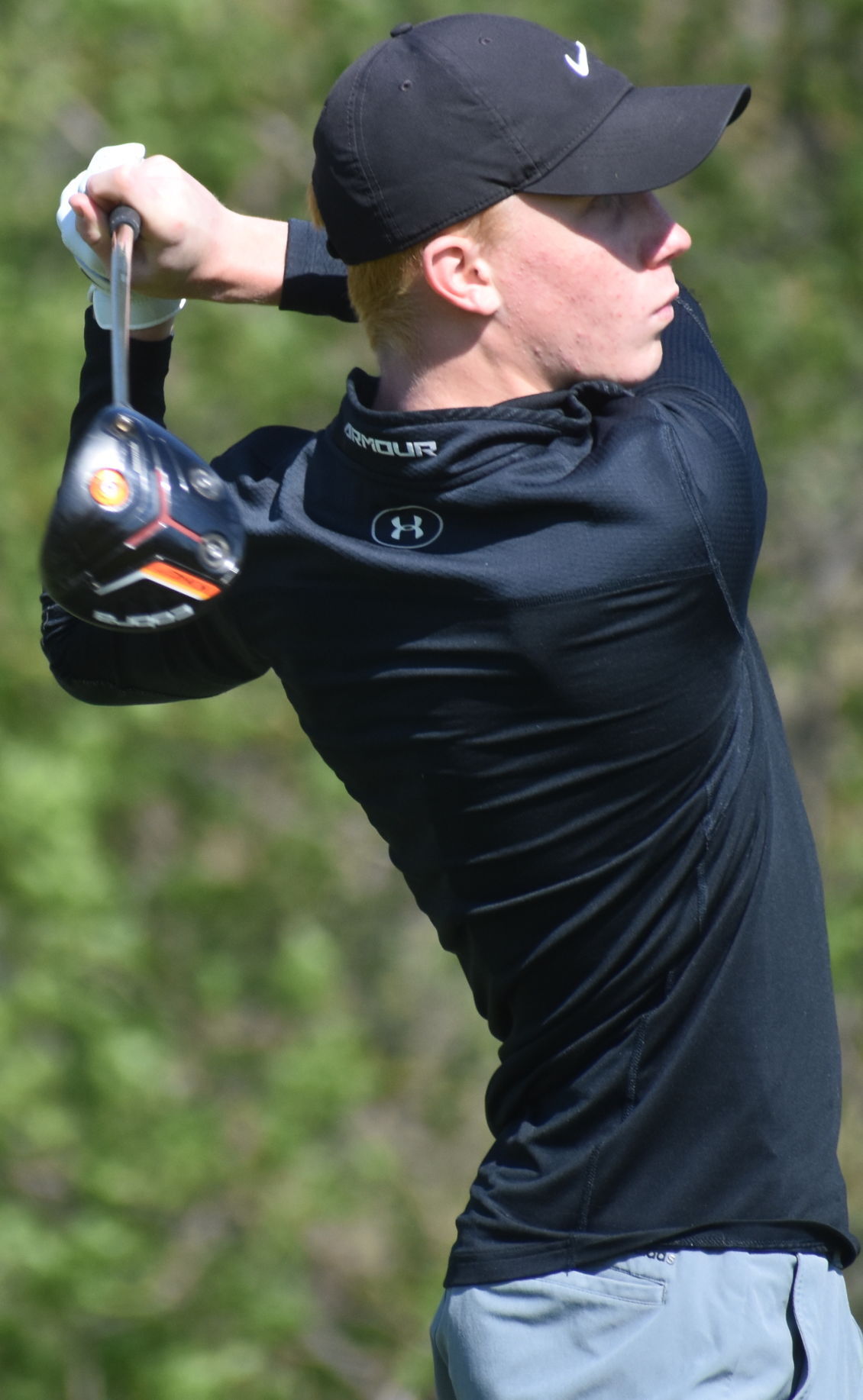 DeKalb’s Jack McComb shot a 77 to finish second in the DeKalb Invitational at Bridgewater Saturday.

DeKalb’s Jack McComb shot a 77 to finish second in the DeKalb Invitational at Bridgewater Saturday.

AUBURN — Golfers in the DeKalb Invitational Saturday traded warmer temperatures for stronger winds as the day went on.

Two teams separated themselves in the conditions, with Leo shooting 323 to hold off the host Barons at 328.

Angola was third at Bridgewater with 374, three strokes ahead of East Noble. Garrett was seventh with a score of 406 and Eastside was ninth with 458.

“I was very impressed with how the boys played today,” DeKalb coach James Fislar said. “Shooting 328 in windy conditions was good for us. We had a lot of good scores that we could have improved a few shots, but the greens were rolling a lot faster.”

Leo was led by medalist Justin Hicks, who shot 74. The Lions’ Wes Opliger and DeKalb’s Jack McComb tied for the next-best score with 77s. McComb took second on the backup tiebreaker with a birdie on No. 10. His best shot of the day set it up.

“I had about 140 in. I hit a pitching wedge to about one foot for birdie,” McComb said.

“I was hitting the ball low and I was sinking some putts. The only thing that went wrong in my game was a few that I missed like 5-footers. Everything else was going really well.”

Seth Roop of Heritage won via the backup system and was award fourth place. The Patriots were the only other team to break 400 with a 384.

Kyle Toyias wasn’t far back with an 83 for DeKalb, while Grant McAfee shot an 86 and Will Potter an 89.

Garrett got an 88 from No. 2 player Logan Borns and a 93 from No. 1 player Thomas Loeffler. Other Railroader scores were Colton Weimer 110, Brady Cook 115 and Jacob Borns 118.

Kyle Yoder paced Eastside with a 97. Other scores for the Blazers were Ethan Kerr 111, Austin Arnold 122, Gunner Czaja 128 and Lucian Bruggner 129.