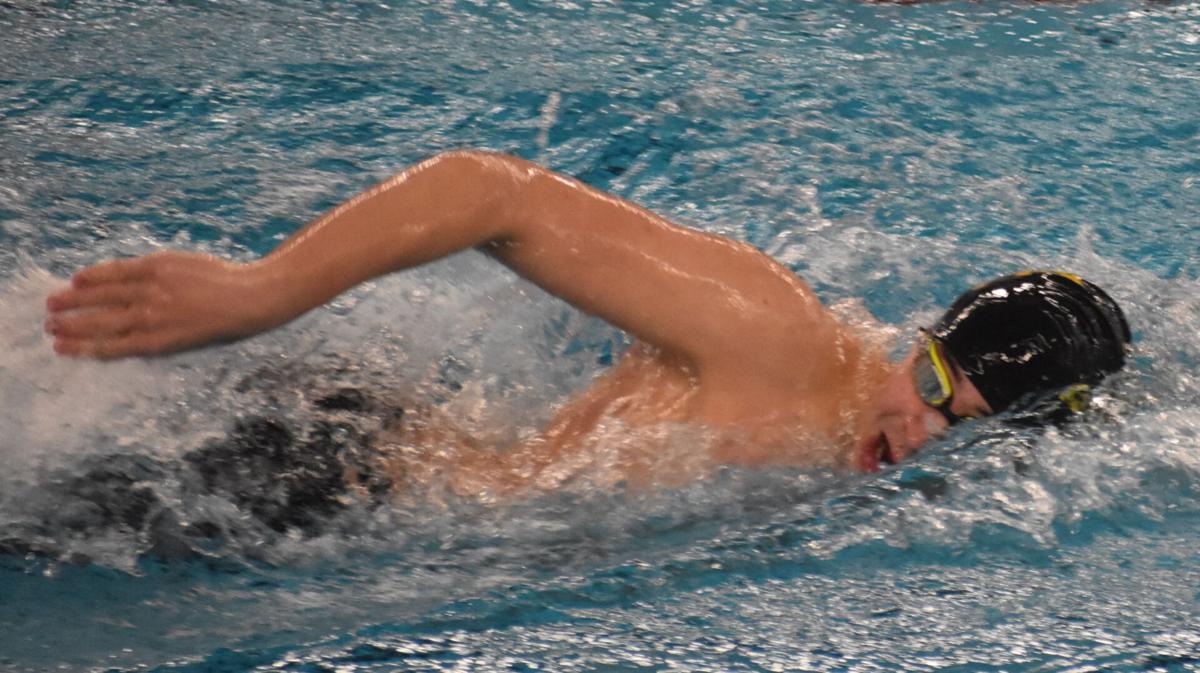 Jacob Pontorno swims in the 400 freestyle relay for Angola in Saturday’s sectional finals at Elkhart. The Hornets set a school record time in the event. 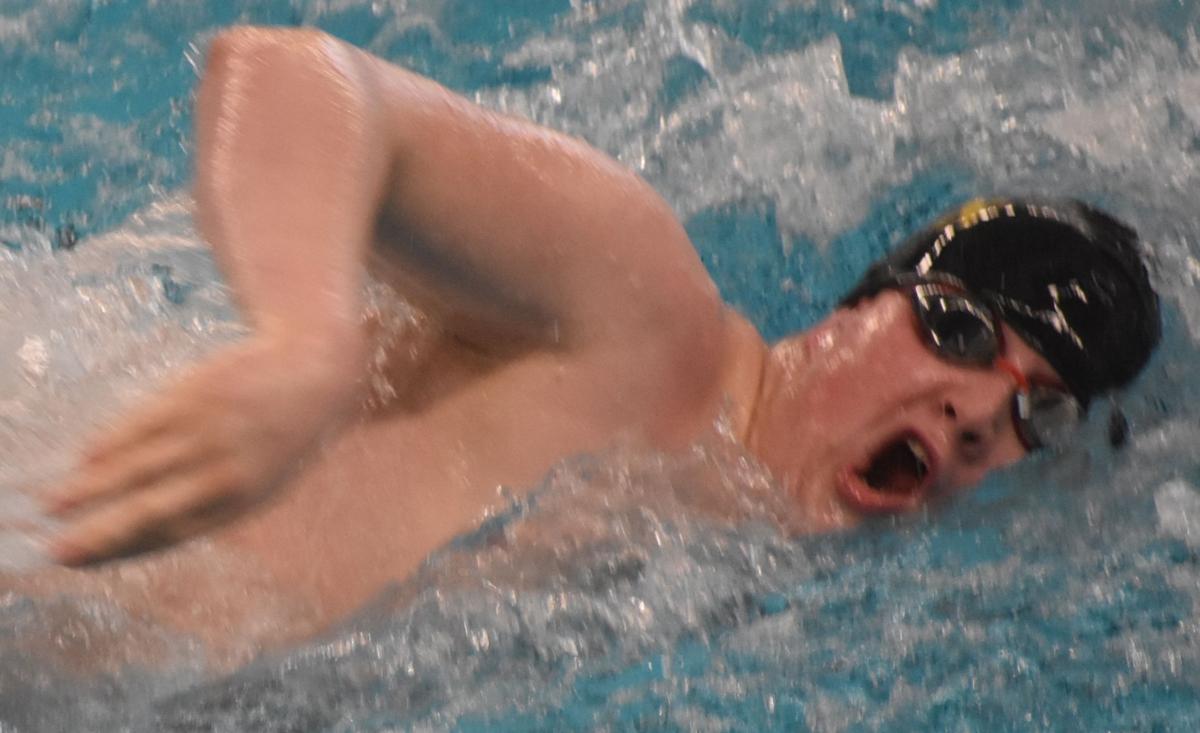 Nathan Richards competes for East Noble in the 400 freestyle relay during the sectional finals at Elkhart Saturday. 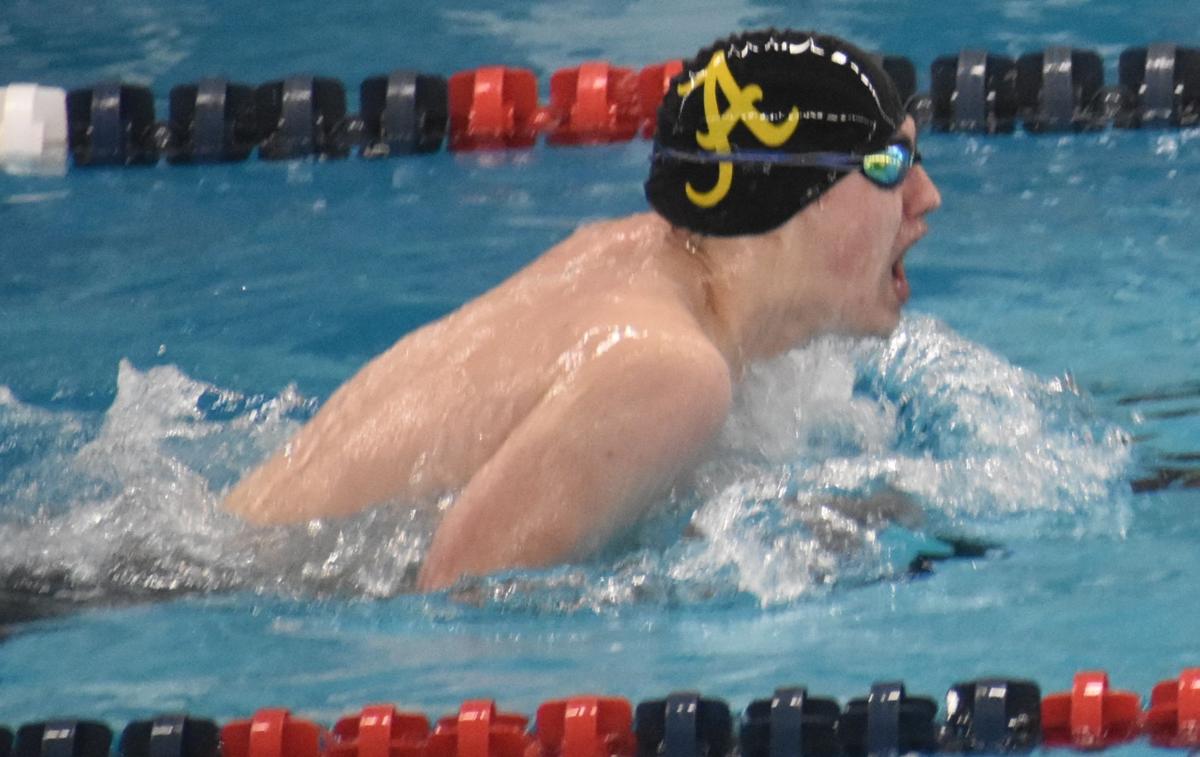 Ethan Bussema of Angola competes in the breaststroke in Saturday’s sectional finals at Elkhart. 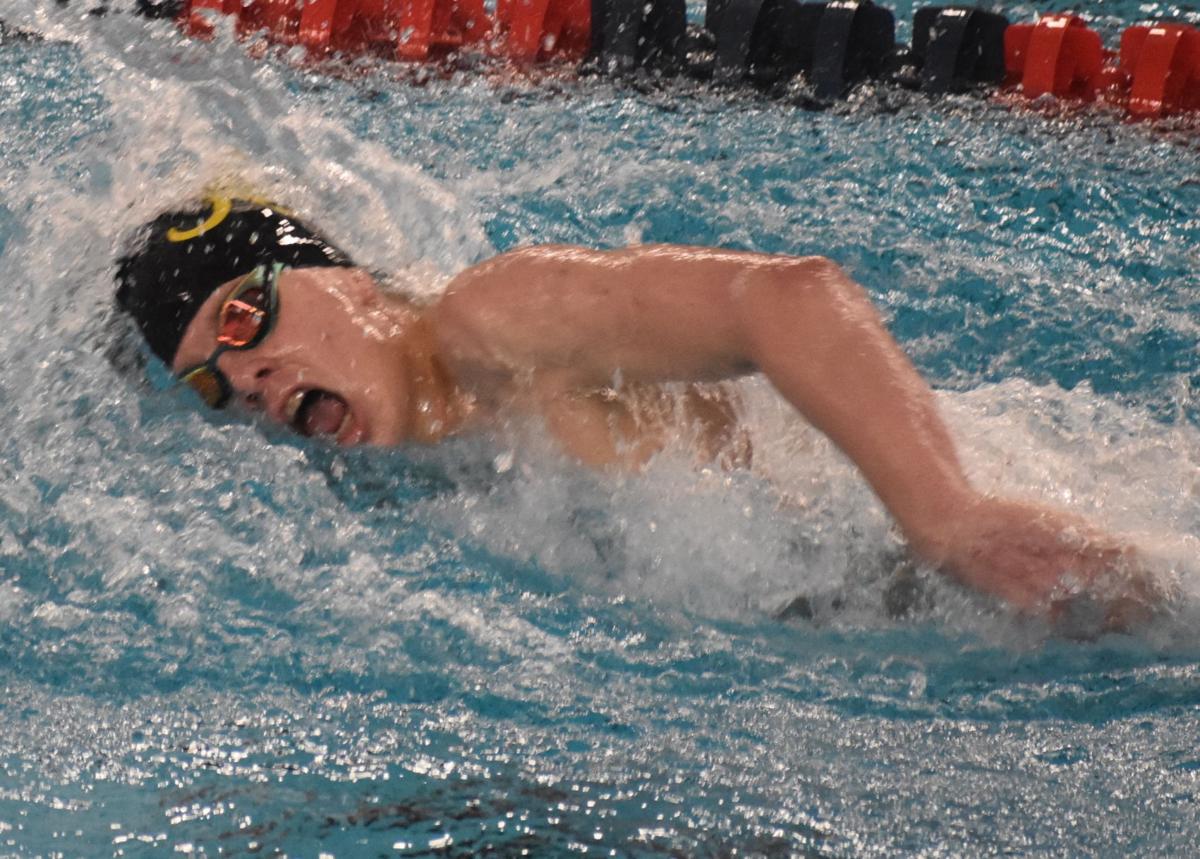 Ethan Sanders of Angola competes in the 200 freestyle relay at the Elkhart sectional finals Saturday. The Hornets set a school record time in the event.

Jacob Pontorno swims in the 400 freestyle relay for Angola in Saturday’s sectional finals at Elkhart. The Hornets set a school record time in the event.

Nathan Richards competes for East Noble in the 400 freestyle relay during the sectional finals at Elkhart Saturday.

Ethan Bussema of Angola competes in the breaststroke in Saturday’s sectional finals at Elkhart.

Ethan Sanders of Angola competes in the 200 freestyle relay at the Elkhart sectional finals Saturday. The Hornets set a school record time in the event.

The Hornets had done so well in Thursday’s preliminaries in the Elkhart Sectional that it was hard to top those performances in Saturday’s final.

Even so, the Hornets found a way. Placing sixth with 213 points, Angola had swimmers in every event, and again took an eraser to the school record book.

“We had a really good sectional weekend,” Angola coach Brian Miller said. “That’s the most points the boys have scored as a team. We’re really excited about that.

“This is obviously a really tough sectional with some real powerhouse teams. Our boys competed well.”

East Noble was eighth in the team standings with 135 points, followed by DeKalb with 36. The Knights also had the top diver among area teams, with Owen Fleck placing fourth to earn a spot in the diving regional Tuesday at Valparaiso.

Concord was the team champion with 384 points with the host Lions second at 314.

The Hornets capped off the day with a school record in the last event, the 400 freestyle relay. Marcus Miller, Jacob Pontorno, Zacchaeus Creager and Ethan Sanders took fifth place in 3:27.63.

“We really taper for that Thursday night, and then try to hang on Saturday,” Coach Miller said. “We had a great Thursday, and it’s hard to come back and drop again. They fought and they battled, and it was a really exciting Thursday and Saturday.”

Fleck had a diving score for 329.2 for East Noble, edging Elkhart’s Mathias VanderZwaag by four-tenths of a point for the final regional berth. The top four advance from sectional.

Kyler Corbin took fourth place in the 100 free in 50.47, dropping almost a full second off his preliminary time. He shaved off about three-tenths of a second in 50 free, also finishing fourth in 23.11.

“The boys did really great,” East Noble coach Meredith Eakins said. “We have a small team, only nine guys. We had quite a few bests today. They really came to perform.

“They dropped time Thursday night and then they dropped even more time today. I’m really happy with how they performed. They had great attitudes all the way around. It was a really good day.”

Even beyond the new school records, Coach Miller had plenty of highlights.

“I couldn’t be more excited for those guys,” he said. “Aside from the school records, all the boys had great drops.

“We fight on Thursday to get into that top eight (championship finals) and into that top 16 (consolation finals). We had every event filled and we had the most people in the top eight that we’ve ever had. I’m so proud of each and every one of those boys.”

“He’s almost like a part of our team,” Coach Miller said. “The boys know him from club swimming. He’s a great kid to have around.”

The strong effort capped a banner season for the Hornets, who were unbeaten in dual competition, won the Wawasee Invitational, and combined with the girls team for first in the Goshen Relays.

“The boys really bought in. It’s not easy,” Coach Miller said. “We have to be in the pool at 5:30 in the morning. That’s not what high school kids want to do, but they buy in, boys and girls.

“The boys had a great season. They’re a great group to be around and to coach. They deserve all the credit. They put in a lot of time and effort.”

East Noble was eighth in all three relays. Corbin, Bolinger, Richards and Chambers (1:53.79) dropped their time in the medley relay. Bolinger, Bryce Charles, Fleck and Hunter Cole improved by more than four seconds in the 200 free relay. Chambers, Cole, Richards and Corbin made more than a six-second drop in the 400 free relay.