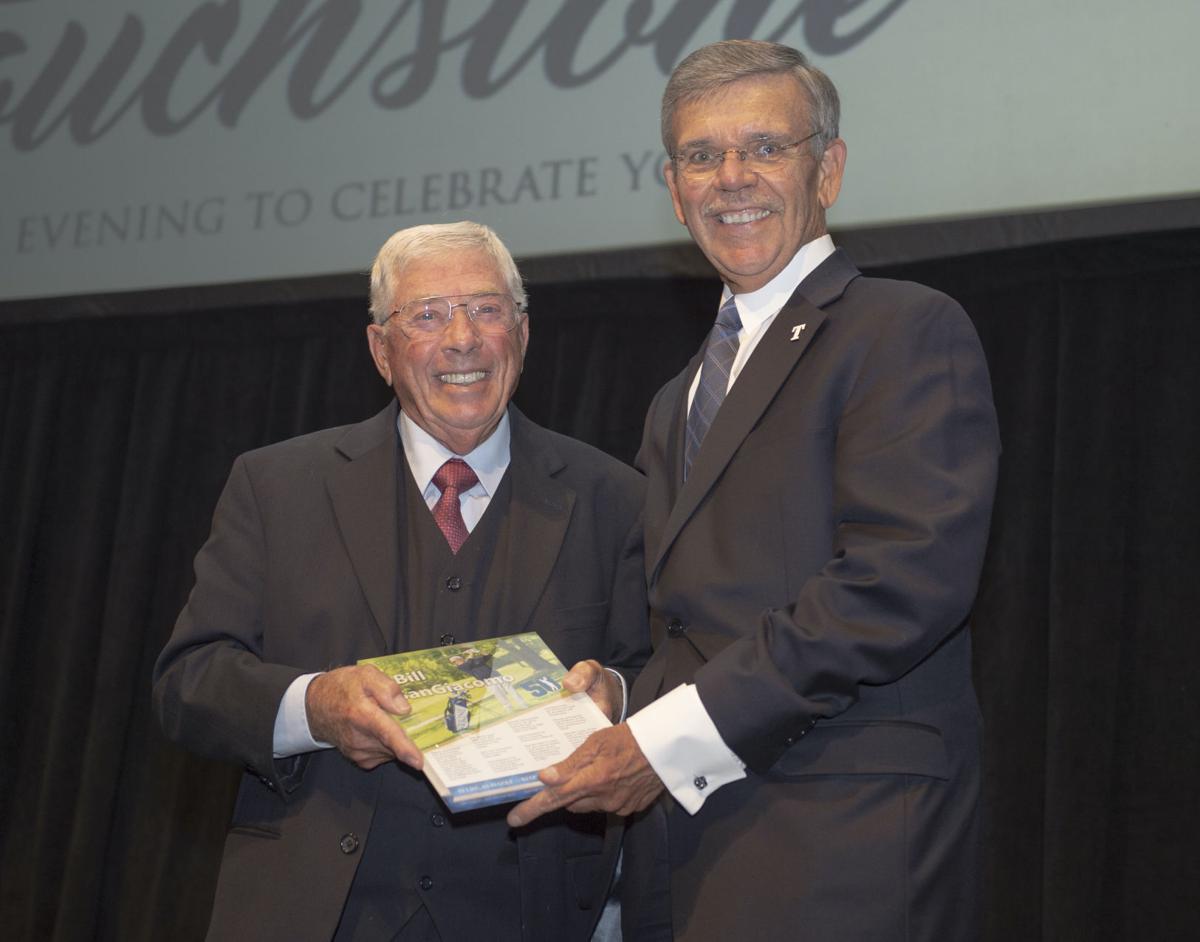 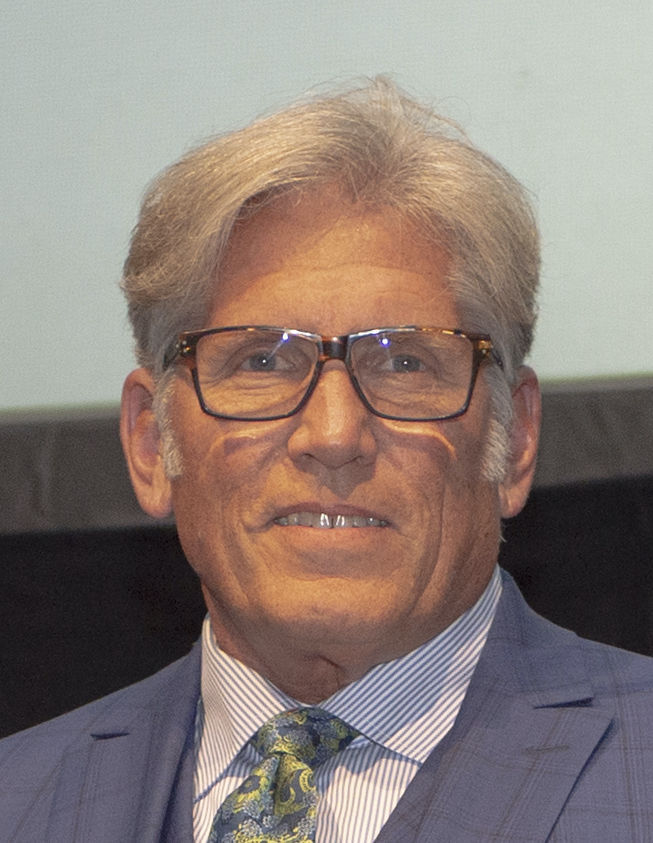 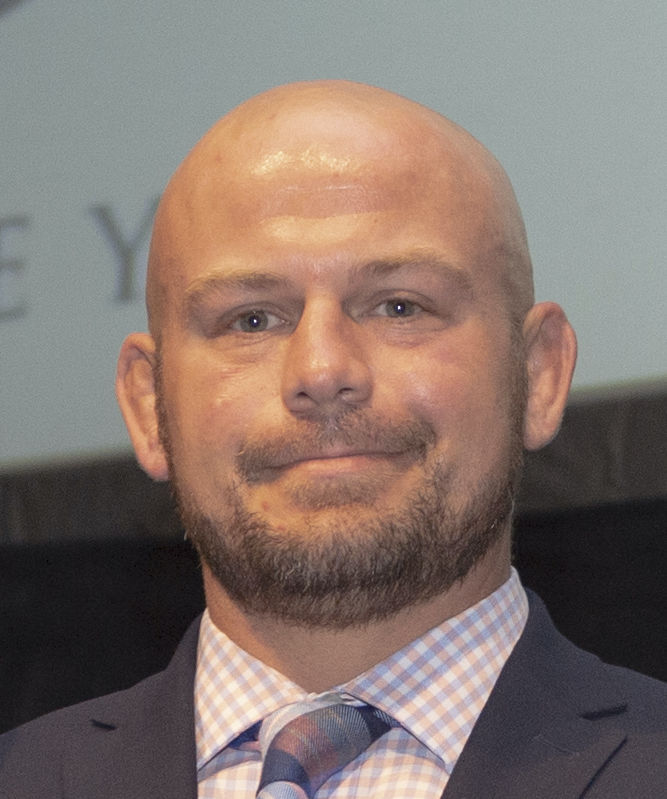 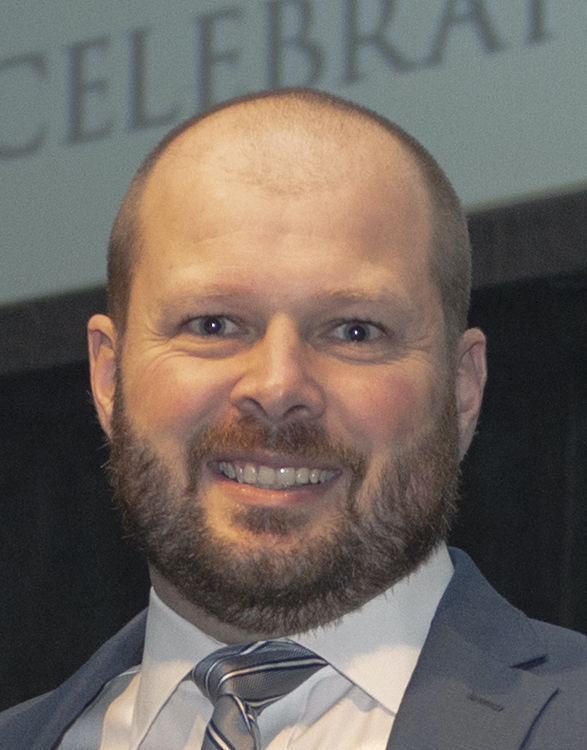 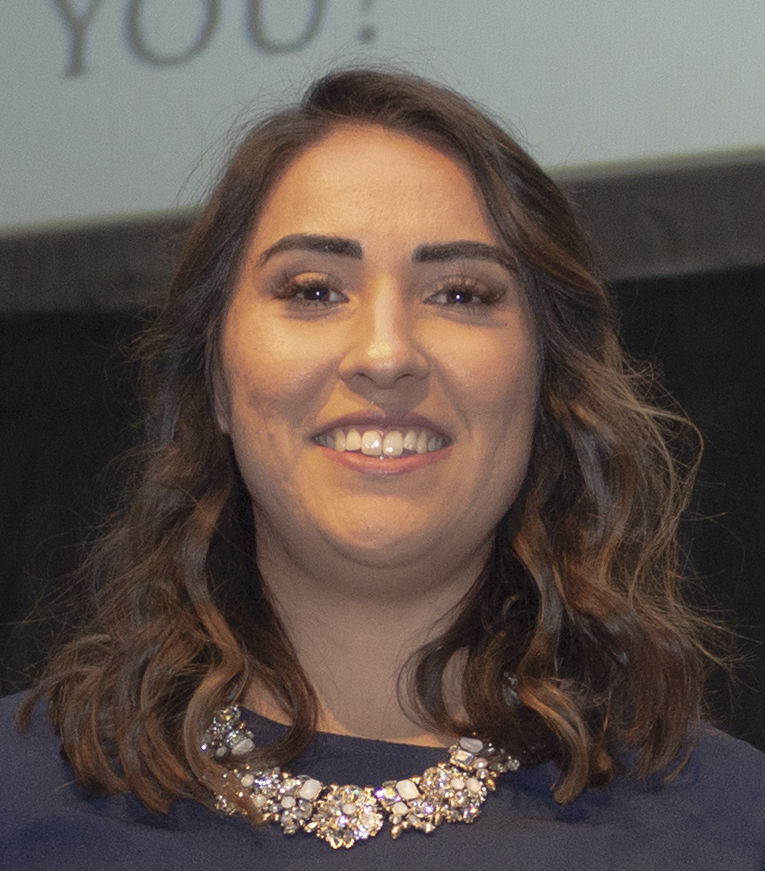 ANGOLA — Trine University inducted four of its distinguished former athletes into its Athletic Hall of Fame during the annual Touchstone and Homecoming Celebration Dinner on Oct. 1.

Prior to the induction, the university recognized former faculty member and golf coach Bill SanGiacomo by announcing that the golf laboratory in Ford Hall has been renamed the Bill SanGiacomo Teaching and Learning Center.

SanGiacomo, who was inducted into the Athletic Hall of Fame in 2019, retired from Trine in 2020 after 55 years with the university, including 50 as golf coach. His accomplishments included starting the golf management major, conducting many golf camps and directing theatre productions.

“I just want to tell everyone here what a privilege it has been for me to work with so many wonderful people here at Trine University and the opportunities they gave me, when I first came here as an English teacher, to expand some of my desires and talents into other areas,” SanGiacomo said. “I don’t know where else I could have had that opportunity.”

The Trine University Athletic Hall of Fame honors student-athletes and team representatives who have set a high standard for Trine intercollegiate men’s and women’s sports in the National Association of Intercollegiate Athletics and the NCAA.

Peters graduated from Tri-State University in 1978 with a Bachelor of Science in civil engineering after competing on three conference-winning men’s basketball teams. He was also a student-athlete for two NAIA District 21 state championship teams and one that made an NAIA Sweet 16 appearance.

In all four years of Peters’ career, he was and honorable mention All-Mid Central Conference selection and was twice honorably mentioned to the All-NAIA District 21 team. Peters was a four-year team leader in rebounds per game and was believed to have been the all-time leading rebounder at the time of his graduation. Today, he sits eighth on the all-time rebounding average list, with some seasons he played in missing statistics.

As a team in 1974-75, Tri-State was nationally ranked in rebounding and was the top rebounding team in the country for most of the season. The squad holds the school record for most team rebounds in a season with 1,492 boards (46.6 per game) in 32 games.

On campus, Peters was a member of the Sigma Phi Epsilon fraternity and was a part of Inter Fraternity Council. He was also involved in the American Society of Civil Engineers, served as Hershey Hall Evening Activities Director and was a student assistant coach for the men’s basketball program during his fifth year.

Today, he is a sales engineer for Staffco-Campisano Inc. He is retiring on March 1, 2022, after 40 years of service. His wife, Liat Peters, was also a graduate of Tri-State University in 1984. Both are longtime financial supporters of their alma mater and have stayed in Angola.

Kraus graduated from Trine University in 2010 as one of the winningest wrestlers in school history.

In 2010, Kraus was the first national qualifier in program history and was honored as an All-Academic Mid-States Conference student-athlete. Kraus helped the Thunder win championships, including the 2008 Spartan Mat Classic, the 2008 and 2009 Little State Championships and 2010 Mid-States Championship.

Smith is a 2012 graduate of Trine University with a degree in marketing and minor in entrepreneurship. A four-year member of Thunder varsity baseball, he distinguished himself among the greats in program history.

Smith was a three-time All-Michigan Intercollegiate Athletics Association selection in 2010, 2011 and 2012 as a third baseman, designated hitter and utility man. He led Trine to its first MIAA Tournament appearance in 2012 and was the team most valuable player in both 2011 and 2012.

On campus, Smith was a member of the Kappa Sigma fraternity and Order of Omega, and served as Brotherhood Development Chair and Social Chair. He was also a part of Fellowship of Christian Athletes during his time at Trine.

Smith and his wife Brooke have two children, Zoey and Zane. He currently works as the president of RS Supplies and Optics, LLS, in Chandler, Arizona.

Searles was a dual athlete, gaining Hall of Fame recognition for her efforts in softball and volleyball. Searles is a 2015 graduate of Trine University with a bachelor’s degree in business administration and minors in marketing and leadership.

At the national level, Searles is the first and only three-time All-American in Thunder softball history. In the classroom, she earned national recognition in 2014 as a Capital One First Team Academic All-American. On April 22, 2015, she was named as Trine’s first and only Louisville Slugger/National Fastpitch Coaches Association National Hitter of the Week for NCAA Division III.

In all divisions of the NCAA, Searles holds the record for most triples in a season (17) and is ranked second in career triples (48). Searles also has NCAA records for Division III for most career runs with 261 and most career hits at 306.

As an outfielder for the softball team, Searles led the Thunder to four consecutive MIAA regular season titles and three MIAA Tournament championships. During her time on the field, Trine was an incredible 62-2 in conference play. Searles led the Thunder to a 43-6 record in 2014, where the softball program hosted its first-ever NCAA regional and the team appeared in the NCAA Division III National Championships in Tyler, Texas.

Aside from athletics, Searles was involved in the Triangle newspaper, multicultural organizations and the American Marketing Association. She currently works in business development at Caravan Facilities Management and is the head volleyball coach at Freeland Public Schools as well as a club volleyball coach.

Searles is married to Justin Krenzke and they currently reside in Freeland, Michigan.