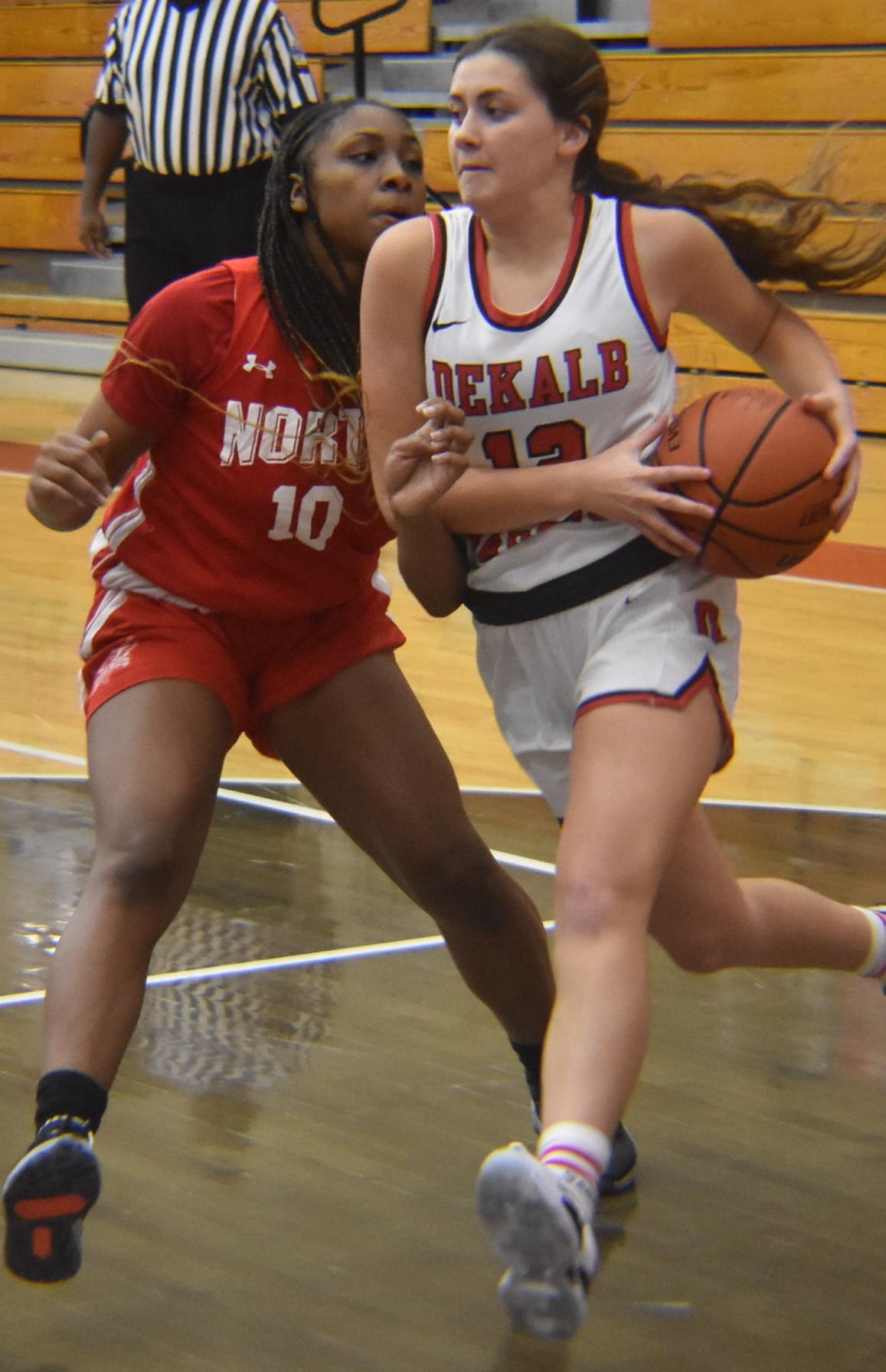 Delaney Cox of DeKalb, right, takes the ball to the basket against North Side defender Aniya Woodson during Tuesday’s game. 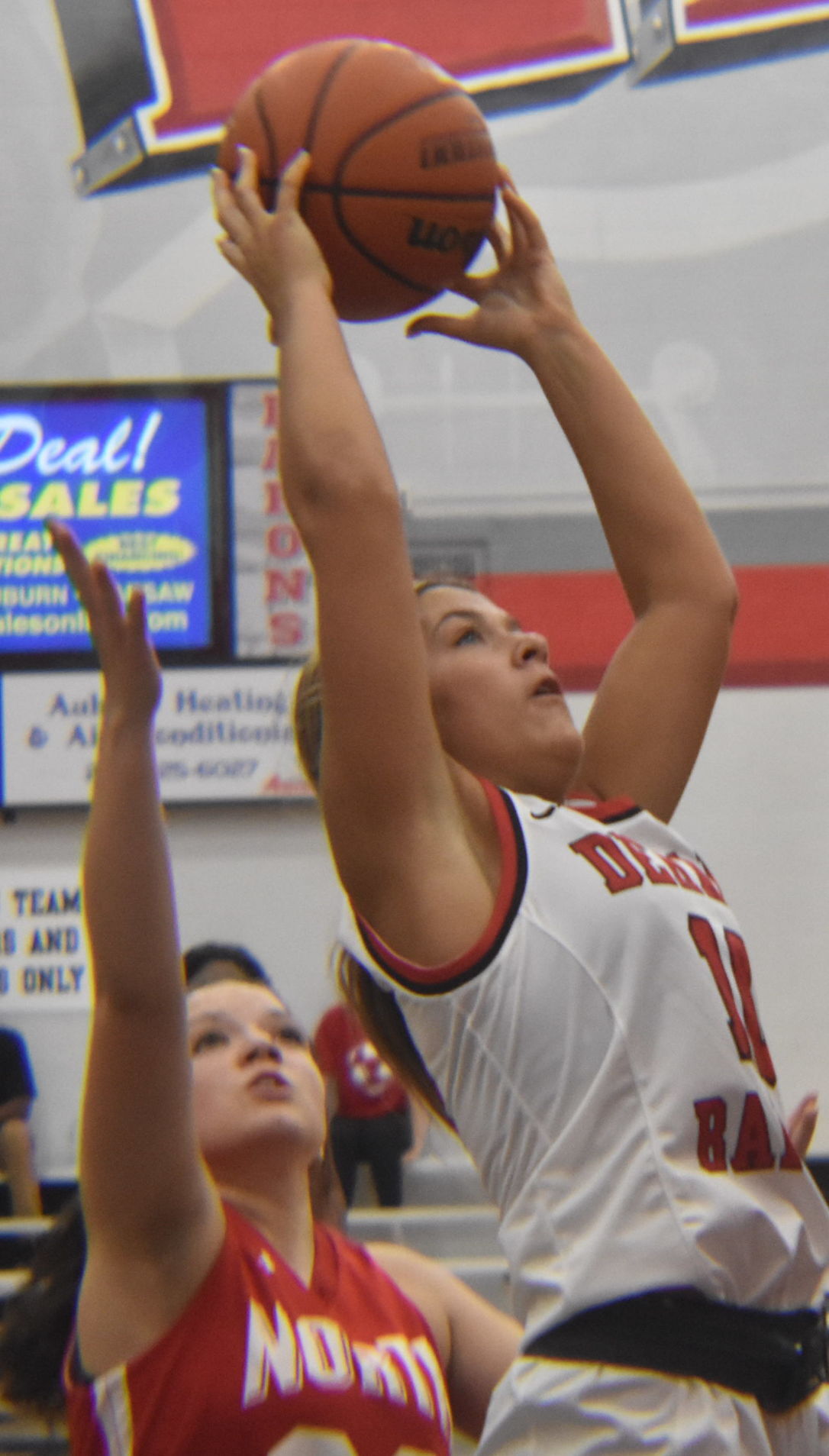 DeKalb’s Maddie Hickman, right, pulls down a rebound in Tuesday’s game against North Side.

Delaney Cox of DeKalb, right, takes the ball to the basket against North Side defender Aniya Woodson during Tuesday’s game.

DeKalb’s Maddie Hickman, right, pulls down a rebound in Tuesday’s game against North Side.

After they managed just one basket over the first six minutes of the game, the Barons got up to speed and took command with a 15-point second quarter in an eventual 40-20 win over North Side.

“We weren’t ready for that quickness,” DeKalb coach Noah Stuckey said. “We saw them on film and we talked about it, but it took a little time for us to adjust to that level.

“Once we did we were fine. We forced some jump shots early, but then it got better.”

“For somebody that’s not six foot, that’s good,” Stuckey said. “She has those long arms. People think they can turn and shoot but her hands are there.”

Zara Nokour led North Side (0-2) with five points. Stuckey felt it was a good defensive effort to hold the 6-foot-1 senior to two field goals.

“That was our goal,” Stuckey said. “Nokour had five points and that’s pretty good (defense). She’s very athletic and she’s strong, so that was pretty good.”

The Barons were down 5-2 until they scored the last seven points of the first quarter, with Cone making assists to Delaney Cox and Amanda Day for baskets.

DeKalb then finished the first half on a 12-0 run that featured a three from Cone, and drives to the basket for points by Delaney Cox and Ashley Cox. The Barons led 24-9 at the break.

The lead never got smaller in the second half. The teams went almost five minutes in the third quarter until points were scored. DeKalb was up 31-14 after three.