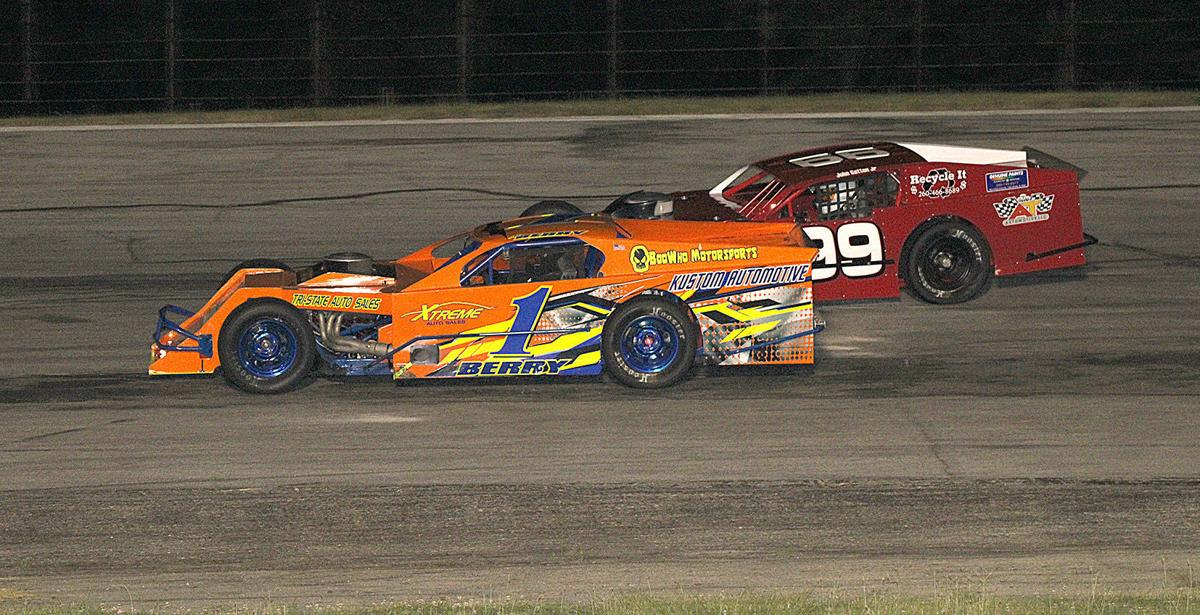 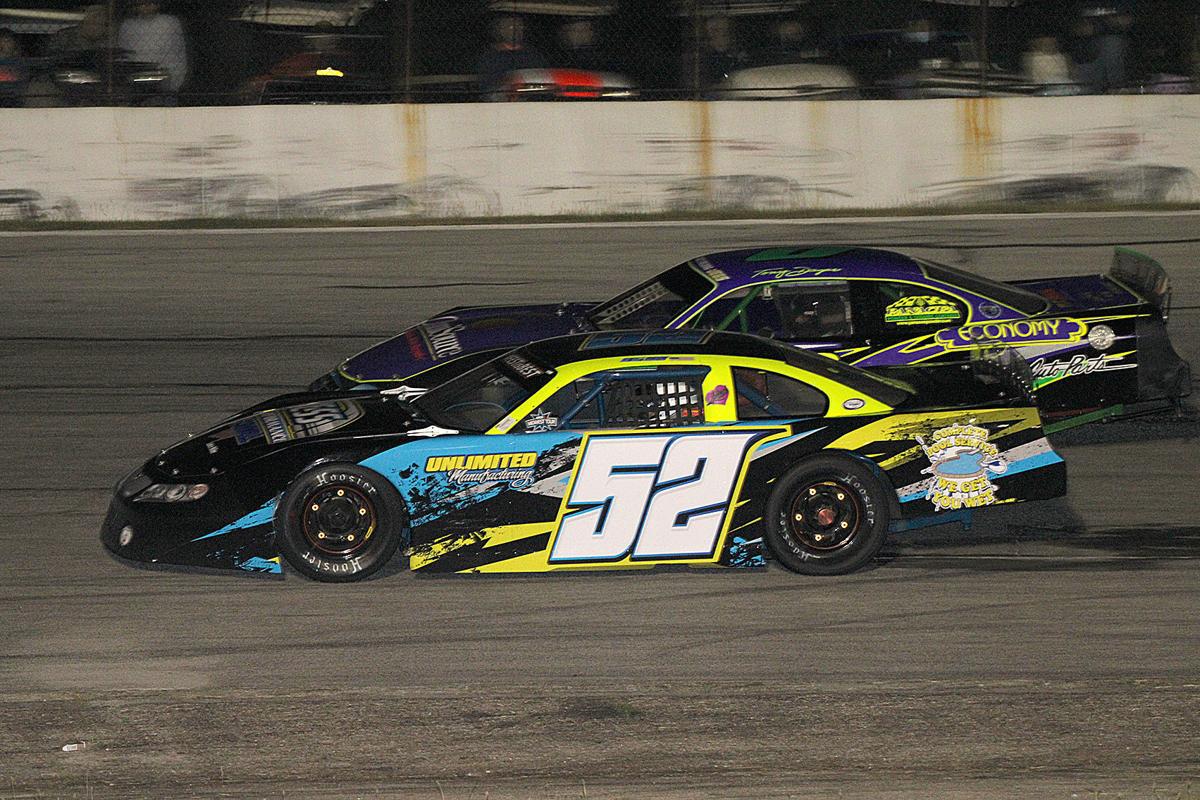 FREMONT — A 50% capacity crowd was treated to an exciting night of racing Saturday, as 91 cars were on hand for opening night at Angola Motorsports Speedway, in Fremont.

Due to the coronavirus racing action at the track was postponed for three weeks.

Promoter Angie Roy said she was excited to see a good crowd on hand Saturday night.

“The drivers were anxious to get back on the track and provide the fans with an action packed night of family friendly entertainment,” she said.

Feature action began with 12 EverageAuto.com late models, who took the green flag for 30 laps. Leading from the drop of the green flag was Evan Park who battled with Tony Dager for the lead. The two battled back and forth until the mid portion of the race when Dager was able to get around Park in lap traffic.

The caution flag flew for the final time at lap 21 putting Dager and Shawn Grace side-by-side for the double-file restart. The two battled with Grace taking the lead on lap 24 to take the win.

A small field of 10 Perkins Septic and Drain mini-stocks were next on track to take the green flag for their feature.

Chad Minnix and Dan Foulk battled nose-to-tail the entire race with Minnix taking the lead from the drop of the green flag. A caution at lap 16 gave Foulk one last chance to find a way around Minnix for the win.

Coming to the green flag Foulk drove around the outside of Minnix going into turns one and two. Coming off of two Foulk pulled ahead and took the lead. He led the final four laps of the race to pick up the win.

Over 30 R.L. McCoy modifieds were on hand Saturday night, with 26 cars taking the green flag for their 30 lap feature.

Al Berry worked his way through the field from his 14th starting spot to take the victory passing John Gatton Jr., late in the race for the win. The race saw a large crash in turns one and two that collected several cars at lap 22.

The crash allowed Berry to line up on the front row next to Gatton. Berry took the lead at the drop of the green and went on to take the win.

Curtis Dameron took the checkered flag in the Shepherds Family Auto Group front-wheel drive division. The class saw a scary moment early in the night as rookie driver Renee Brown had to be cut from her car after she hit the turn two wall head-on.

Roy said that Brown was transported to the hospital, but was released later in the evening.

Heat race winners on the night were Tommy Cook and Park in the late model division. Russ Miller, Bryce Kider, Steve Bacon and Cam Schoeck in the modified division. Henderson and Tristan Crago in the street stock division. Foulk and Minnix in the mini-stock and Dameron and Jerry Manns in the front-wheel drive division.

The five weekly racing divisions will be back in action Saturday, June 20 at 7 p.m.