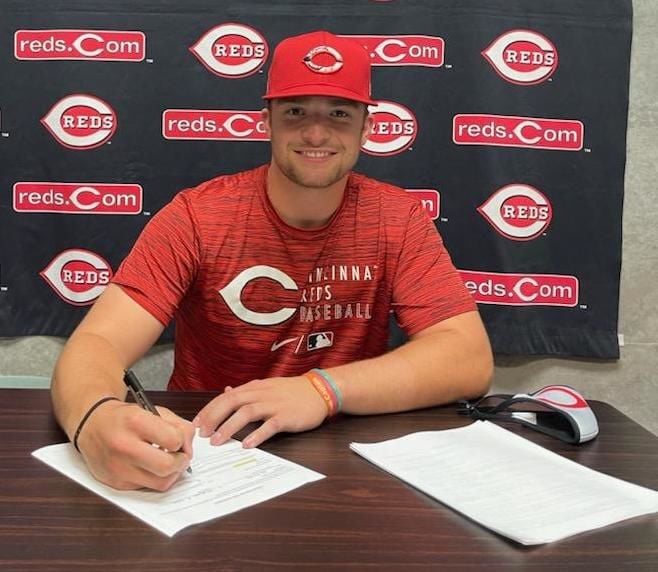 Hayden Jones, son of Ken Jones and grandson of the late Bill and Millie Jones, signed as an undrafted free agent with the Cincinnati Reds this week. 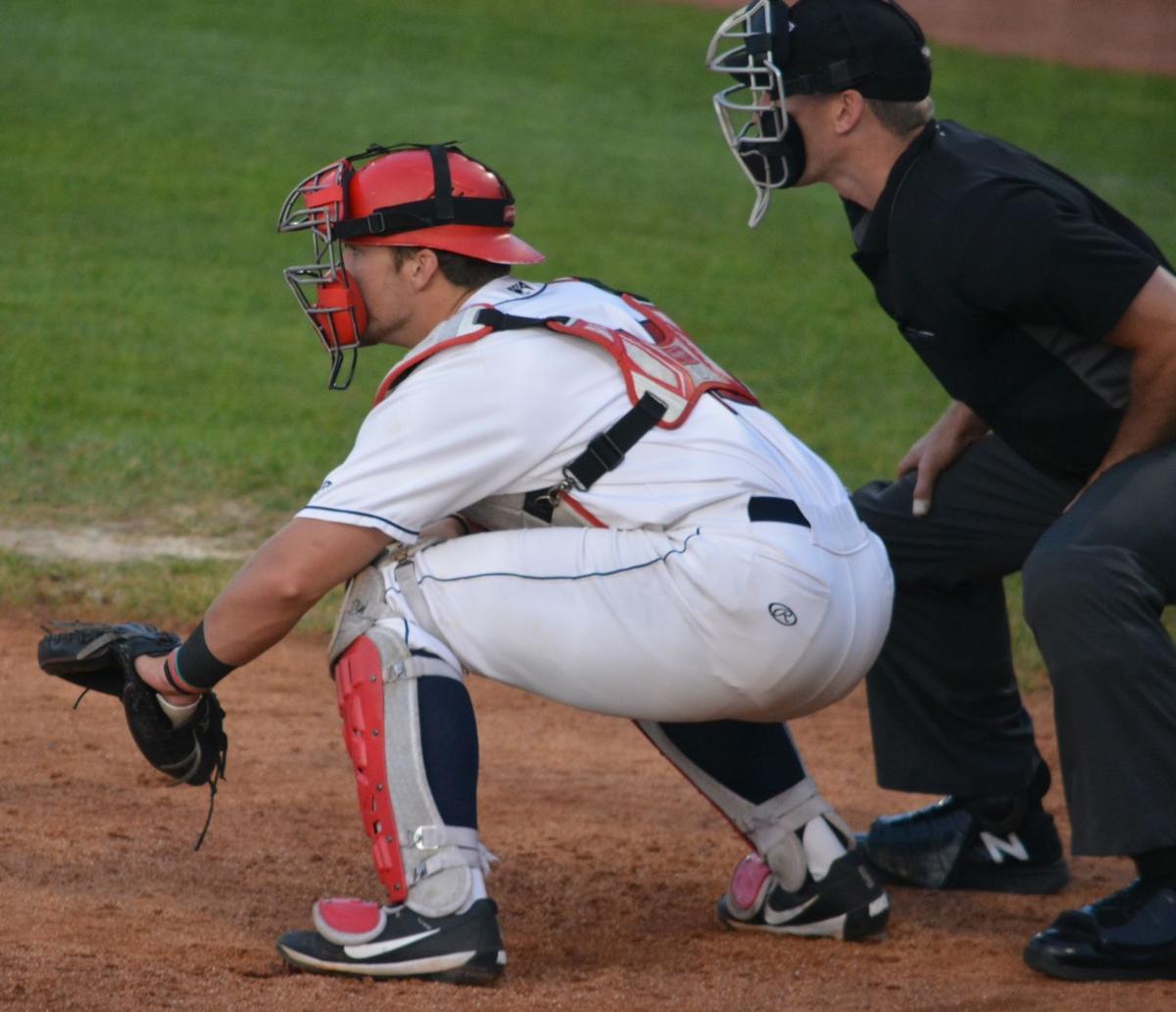 Hayden Jones, left, is shown in action for Illinois State this season. Jones has signed with the Cincinnati Reds.

Hayden Jones, son of Ken Jones and grandson of the late Bill and Millie Jones, signed as an undrafted free agent with the Cincinnati Reds this week.

Hayden Jones, left, is shown in action for Illinois State this season. Jones has signed with the Cincinnati Reds.

A family baseball tradition went one step farther recently when Hayden Jones signed as an undrafted free agent with the Cincinnati Reds.

His father, Ken Jones, played at Western Michigan and was drafted by San Diego in 1995.

Somewhere, looking on proudly, is the start of it all, Hayden’s late grandparents, Bill and Millie Jones. Bill Jones, a member of the Indiana Baseball Hall of Fame, had more than 600 high school coaching wins and guided DeKalb to a state championship in 1980.

“It would have been really nice if he was around to see this, but I know he’s seeing it upstairs right now. I know he couldn’t be happier,” Ken Jones said.

Ken and wife Jennifer probably popped a few buttons when they heard the news.

“It was exciting. I was at work doing some lessons,” said Ken Jones, who runs an instructional baseball business. “He sent me a couple of text messages and called. He was pretty ecstatic to get that opportunity.”

Hayden Jones was a catcher at Illinois State this season. He is at the Reds’ draft camp in Arizona with several of the team’s other recent signees.

Like his father, Hayden is primarily a catcher. He stepped in at first base and in the outfield when the Redbirds ran into some injury problems this season, but his place is behind the plate.

“It runs in the family a little bit, I guess,” Ken Jones said with a laugh.

He hit .230 as a redshirt sophomore, starting 31 games. He had five home runs and 19 RBIs, and threw out seven runners stealing.

Hayden started his collegiate career at Mississippi State before transferring and sitting out one year. He started 14 games at catcher and DH for the Bulldogs in 2019. His first collegiate hit was a home run against Youngstown State.

With the legendary Bill Jones at the origin, the family has branched out into the game. After finishing with the Padres, Ken Jones coached at Western Michigan and at Ball State. His older brother, Brad Jones, played for Ball State.

Cousin Chris Menzie played at Huntington and cousin Tyler Jones plays at the University of Dayton.

Ken Jones said Hayden’s been playing organized baseball since the age of 9.

“He’s probably had an advantage of being around somebody who’s had the experiences of playing college ball, playing pro ball and then coaching college ball,” Ken Jones said. “Hopefully he’s been able to take some of those things I learned and utilize those to further him along.

“He’s probably taken a lot from the hitting we’ve done over the years, and then the baseball knowledge has probably been a big part of it also.”

Starting out at the professional level, talent isn’t in question, but consistency is.

“Just try and be as consistent as you can day in and day out,” Ken Jones said. “Everybody at that level has the ability of playing at the major-league level. The difference is the big-league guys can do it every day and the guys just getting into it can do it once or twice a week.

“The more often you’re able to play well, the faster you move up. That will be the biggest thing, consistency.”

New signees in the past typically were assigned to short-season rookie leagues. Those no longer exist after a complete reorganization of the minor leagues following last season.

“I don’t know how it will all shake out,” Ken Jones said. “Whether they’ll make a team and keep them out there for the summer, or ship guys off to (Class A) ball.”

Ken Jones feels his son made the right choice to go with the professional offer. His contract includes a promise from the Reds to cover the cost of Hayden’s remaining year of college.

“He was ready to have a break from school, he told me,” Ken Jones said. “You can go out of high school, where you’ve got to be mature and have some financial backing from the big-league club. Your next opportunity to have some leverage is after that third year of college.

“Once you get to 21, you’ve got to get in the system pretty quickly. There are a lot of young guys they’re bringing in every year, and the older you get, Father Time catches up with you.”

What’s certain is it’s an exciting time in the Jones household now.

“We’re happy he got the opportunity to go out there and have a shot with the Reds, and see what he can make of it,” Ken Jones said. “Hopefully he can make a lifelong career of it.”