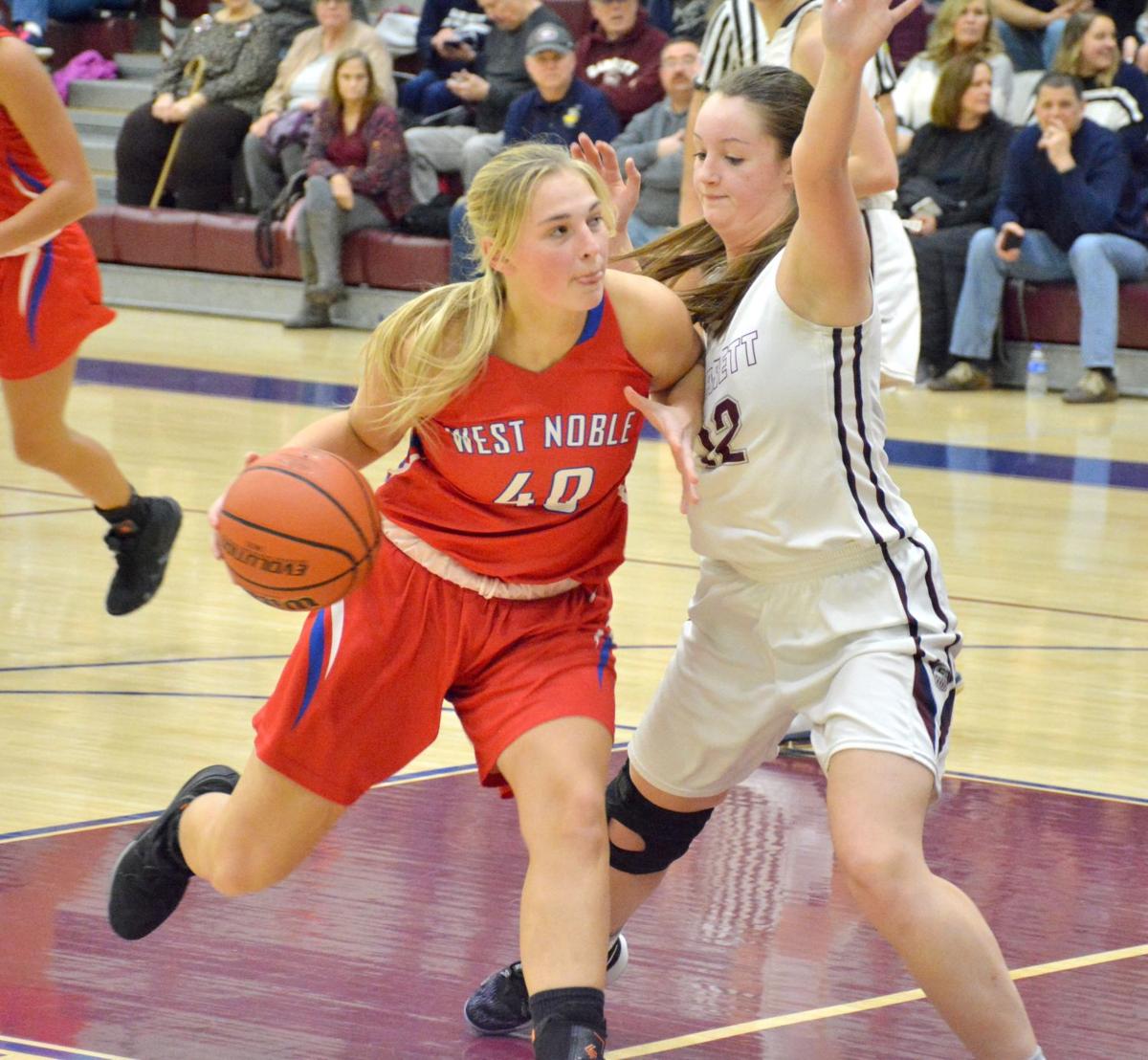 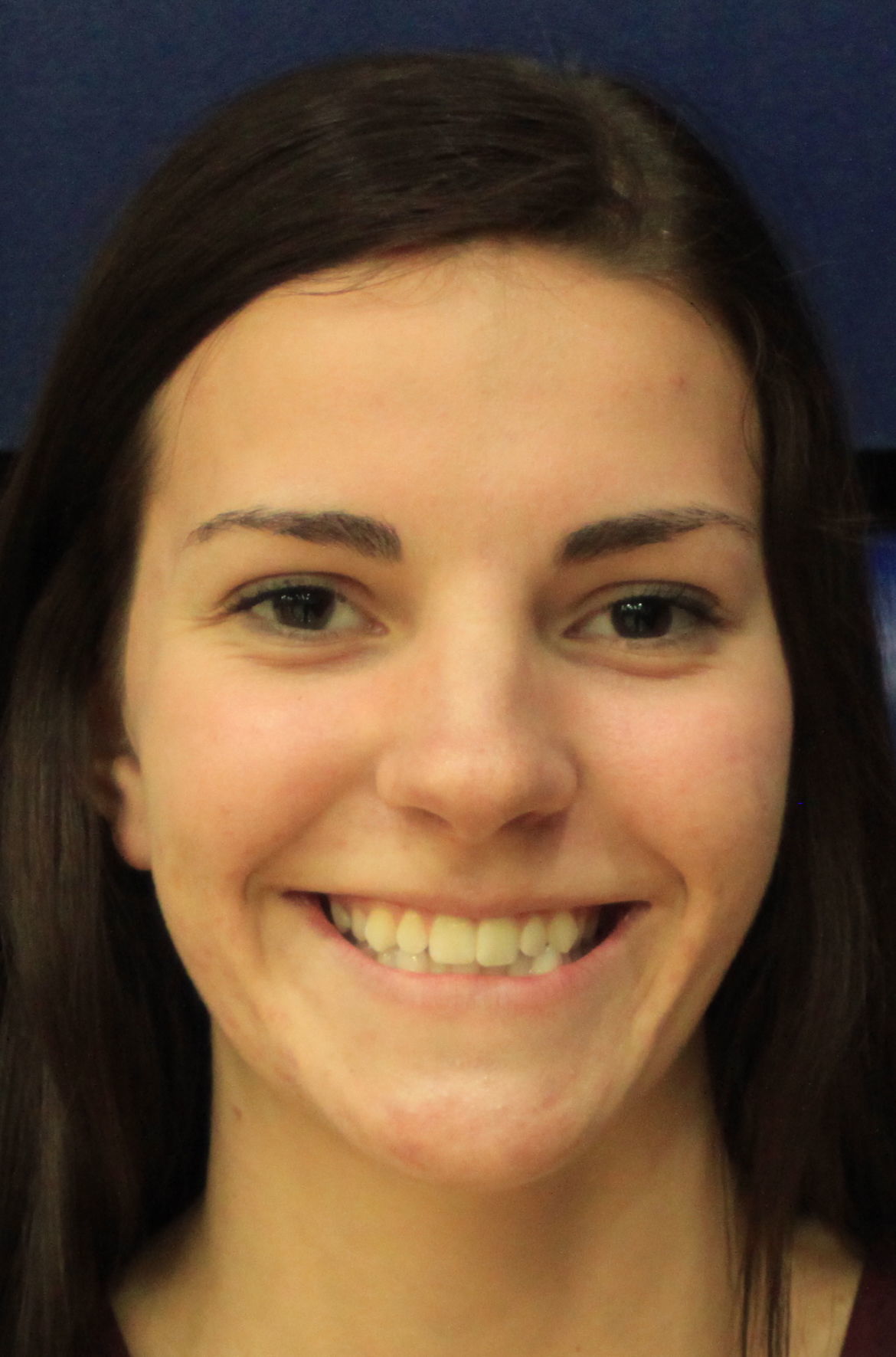 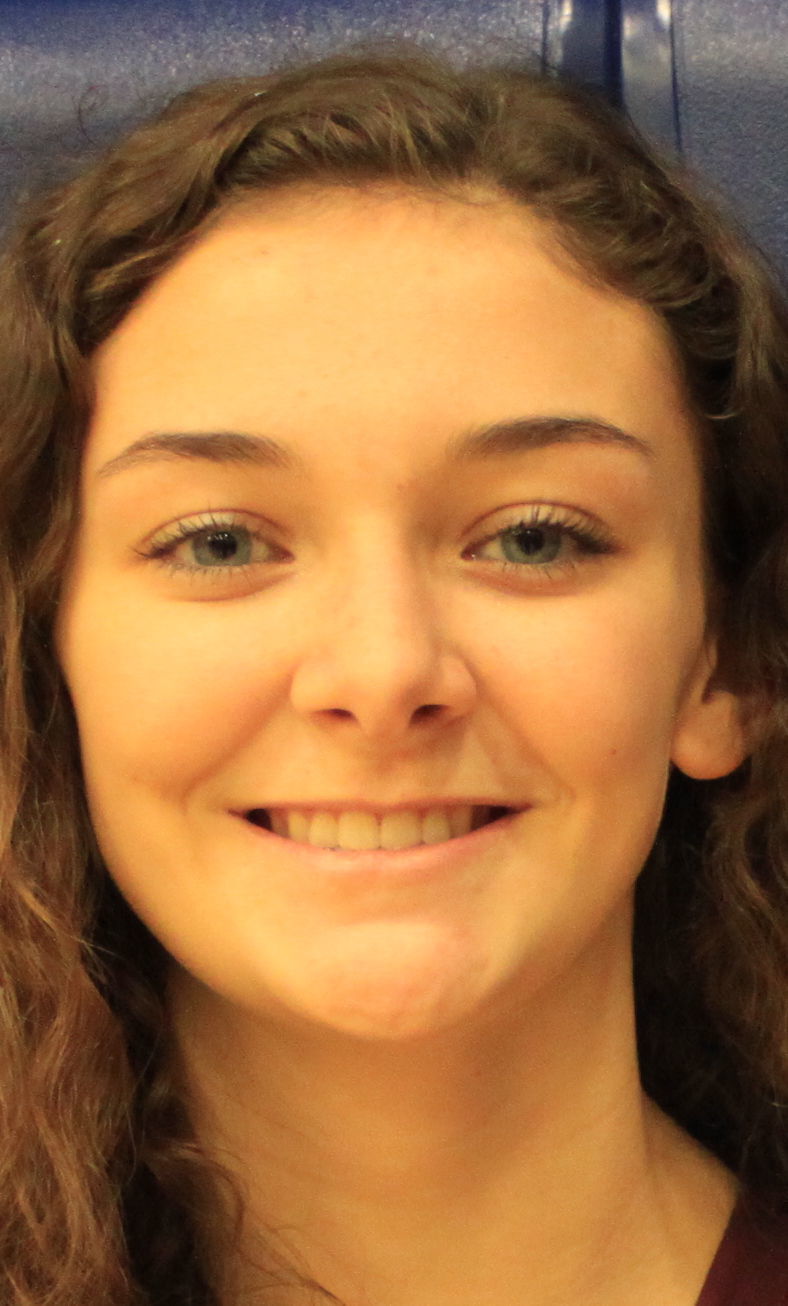 GARRETT — West Noble was a wet blanket after Garrett’s hot start on senior night, frustrating the Railroaders with its trapping defense.

The Chargers chipped away at a lead that reached 16 points early, and hit a three to pull with seven on their first possession of the second half.

Garrett switched its approach offensively, however, and didn’t give the Chargers another basket for 13 minutes in pulling away to a 47-23 Northeast Corner Conference girls basketball win.

The Railroaders (14-6 overall, 5-3 NECC) fired in five threes as the bolted to a 23-7 lead in the second quarter. The Chargers (8-12, 3-6) chipped away as they forced Garrett turnovers and got the margin down to 10 at the half. Jazmyn Smith opened the second half with a three, but the Railroaders made a change on the fly.

“We kept backpedaling into the trap instead of making the defense shift,” Garrett coach Bob Lapadot explained. “We were able to get some stops even though we weren’t scoring, then we got back to being aggressive.

“You see it all the time. Good teams with a good player stick them in the high post against a trap, against a zone. I’ve been wanting to do it. Bailey (Kelham) got some layups, then they all started sucking in, and then were able to move the ball and get it (inside) to (6-foot-1 sophomore) Morgan Ostrowski.

“That’s a credit to a bunch of freshmen and sophomores who did something we essentially drew up in the dirt and they executed it very well.”

Garrett, which had beaten West Noble 45-37 in the opening round of the NECC tournament 10 days prior, only managed six points of its own in the third quarter, but cut loose in the fourth and took advantage at the free throw line when the Chargers had to foul, hitting 8-of-10.

Lillian Mast had 10 points and five steals for the Chargers, and Nichelle Phares had seven rebounds.

It was the second time this season the Railroaders bounced back from a loss with a solid win the very next day. Earlier in the year, they followed a frustrating loss to Fairfield with a win at Wawasee. This time, they bounced back from a two-point loss at South Adams Thursday.

“You want to pout and you want to be mad but you can’t,” Lapadot said. “You want to get that taste out of your mouth. It’s the nice thing about this sport. It’s not like football, where you have to wait a whole week.

“To come back tonight and play a really well-coached team that runs a tough offense to defend, and they’ve been hot, knocking off Eastside like they did (42-26 Tuesday), but we were ready. These kids have a lot of heart, a lot of guts.”

Garrett won the junior varsity game 35-28. Kaitlyn Bergman led the Railroaders with 14 points and Leanett Campos-Gonzalez topped the Chargers with 12.