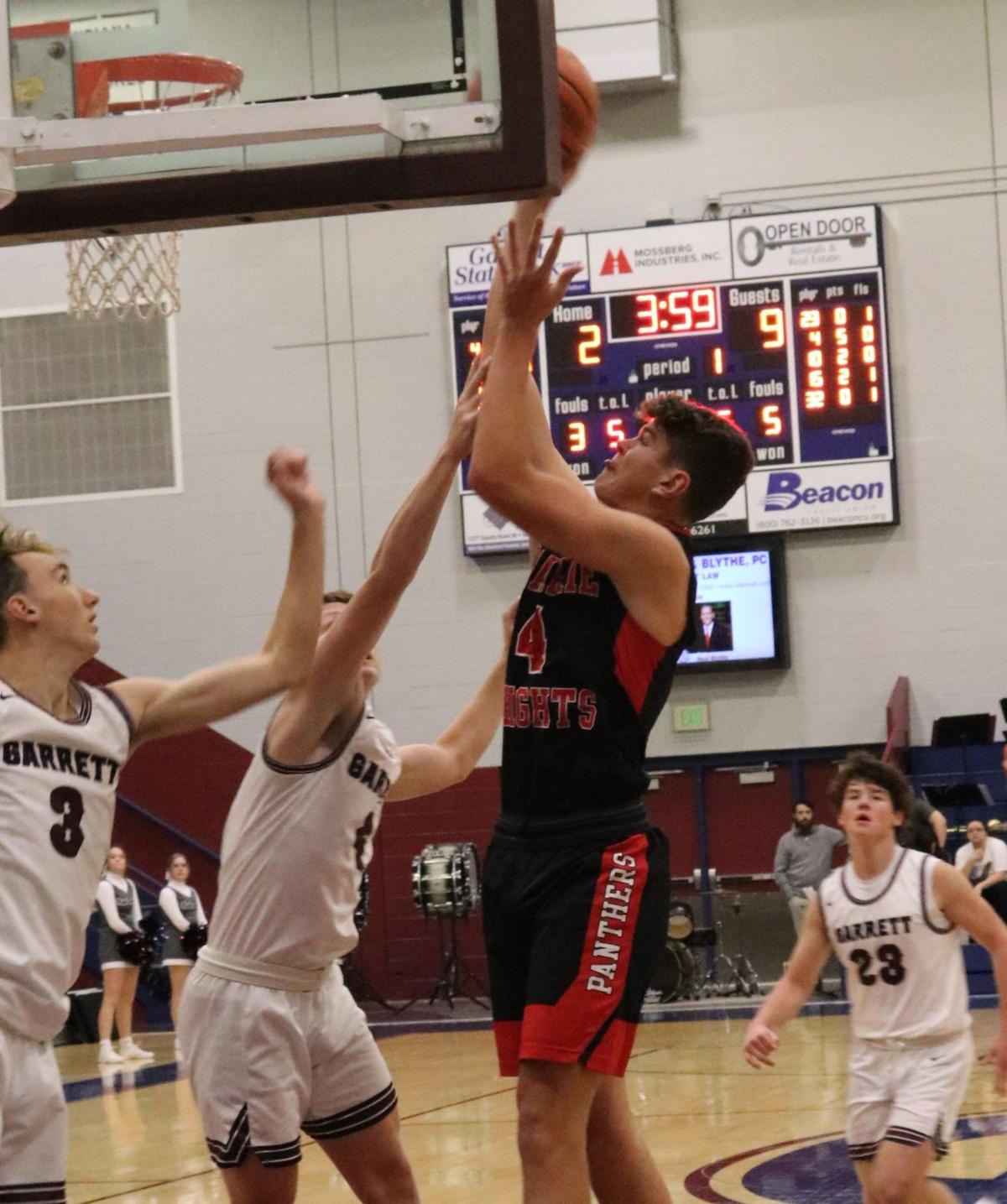 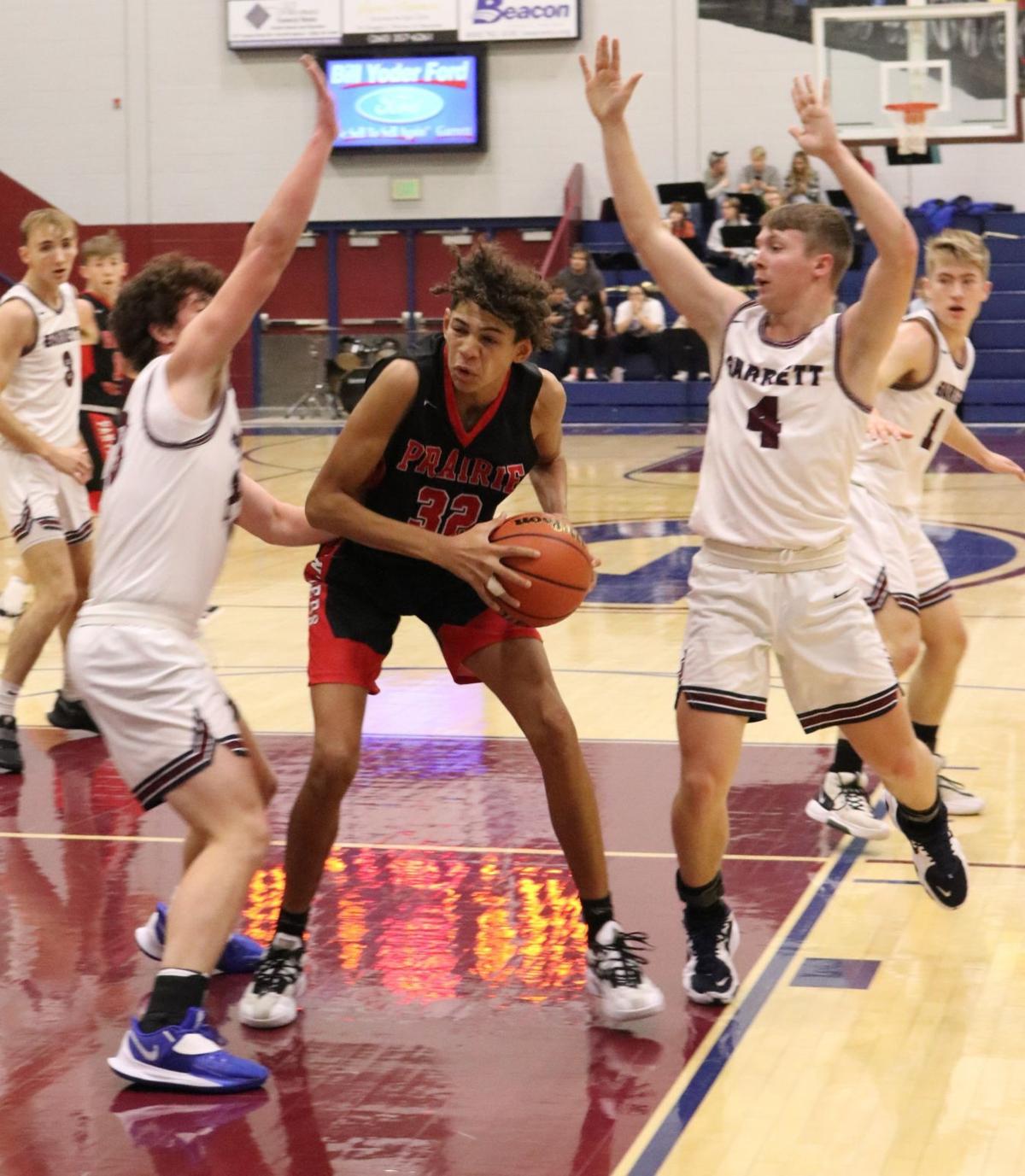 Prairie Heights junior Isaiah Malone works in the midst of the Garrett defense during Saturday's game. 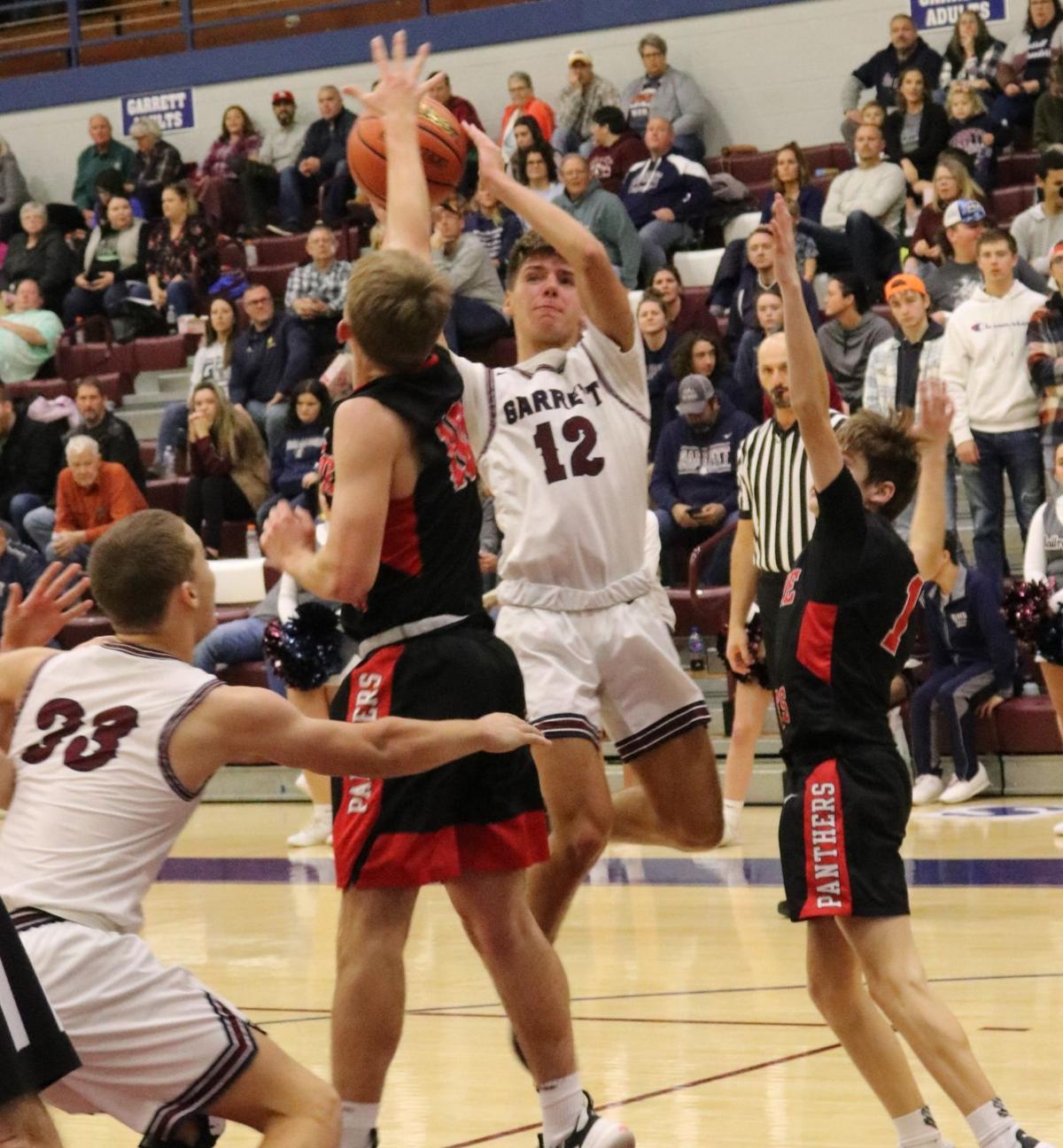 Garrett's Luke Coffman drives to the basket during a first-half play against Prairie Heights Saturday. 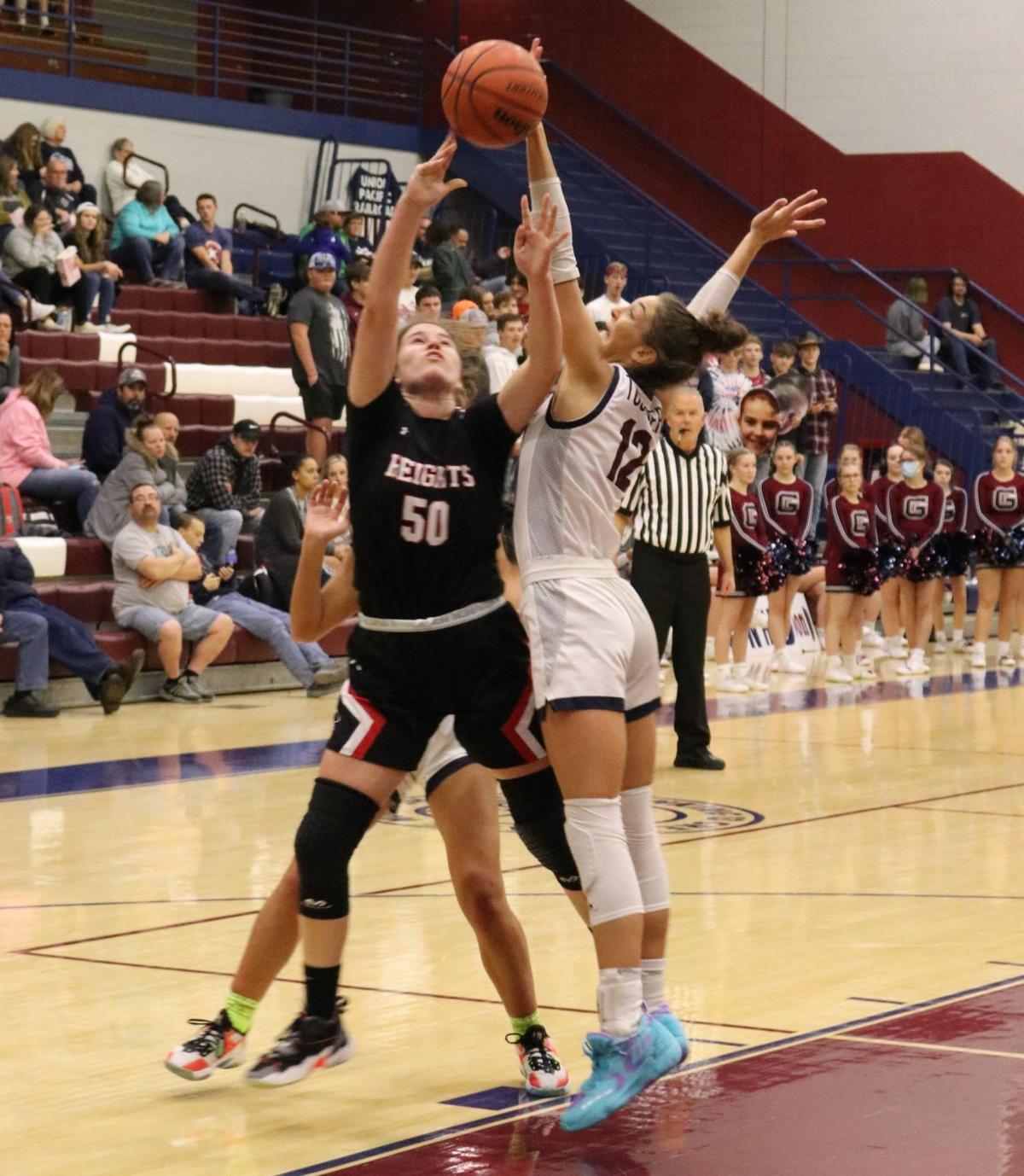 Garrett’s Morgan Ostrowski, right, gets a hand on a shot by Prairie Heights’ Kennedy Kugler during Saturday’s game at Garrett.

Prairie Heights junior Isaiah Malone works in the midst of the Garrett defense during Saturday's game.

Garrett's Luke Coffman drives to the basket during a first-half play against Prairie Heights Saturday.

Garrett’s Morgan Ostrowski, right, gets a hand on a shot by Prairie Heights’ Kennedy Kugler during Saturday’s game at Garrett.

Balanced scoring was the name of the game for Garrett’s girls basketball team in the win over Prairie Heights.

After trailing 5-3 following a Treyvn Terry with 4 minutes, 2 seconds left in the opening quarter, Garrett ran off the final 10 points of the period, with a three from Taylor Gerke and transition scores by Armstrong and Kelham.

The Railroaders ended the quarter when Armstrong drove the lane and dumped the ball to Ostrowski for an uncontested layup.

After Kennedy Kugler’s score inside with just under six minutes left in the second, Garrett scored the next nine — two Armstrong threes and three points from Kelham. The hosts led 23-10 at halftime.

The Armstrong-Kelham connection accounted for the first nine points of the third. Kelham nailed two threes in that run to boost the lead to 32-10. Caylee Bachelor’s three got the Panthers’ first points with 2:50 left in the third.

Kugler led Prairie Heights with 10 points, with eight coming in the fourth quarter. Alayna Boots had eight points and Terry finished with seven.

Prairie Heights junior Chase Bachelor scored 16 of his game-high 33 points in the first half to lead the visitors over host Garrett.

The Panthers led by as many as 17 in the second quarter following a Bachelor score with 3:19 left in the half, but the Railroaders fought back to get within 10 by the break.

Threes by Jasen Bailey and Christian Hess, a three-point play by Bailey and a score in the lane by Luke Coffman capped a 11-3 Garrett run to end the half.

Leyton Byler opened the third quarter scoring with a three for Prairie Heights. After a Garrett miss, a Bachelor scoop shot extended the Panther lead to 42-27.

Bachelor would add his team’s next five points to push the margin to 20 with 4:50 left in the third.

He had 33 points before exiting the game with just over four minutes to play. By that point, his team led 59-37.

Junior Isaiah Malone was the only other Panther in double figures with 11 points. Colton Penick had seven.