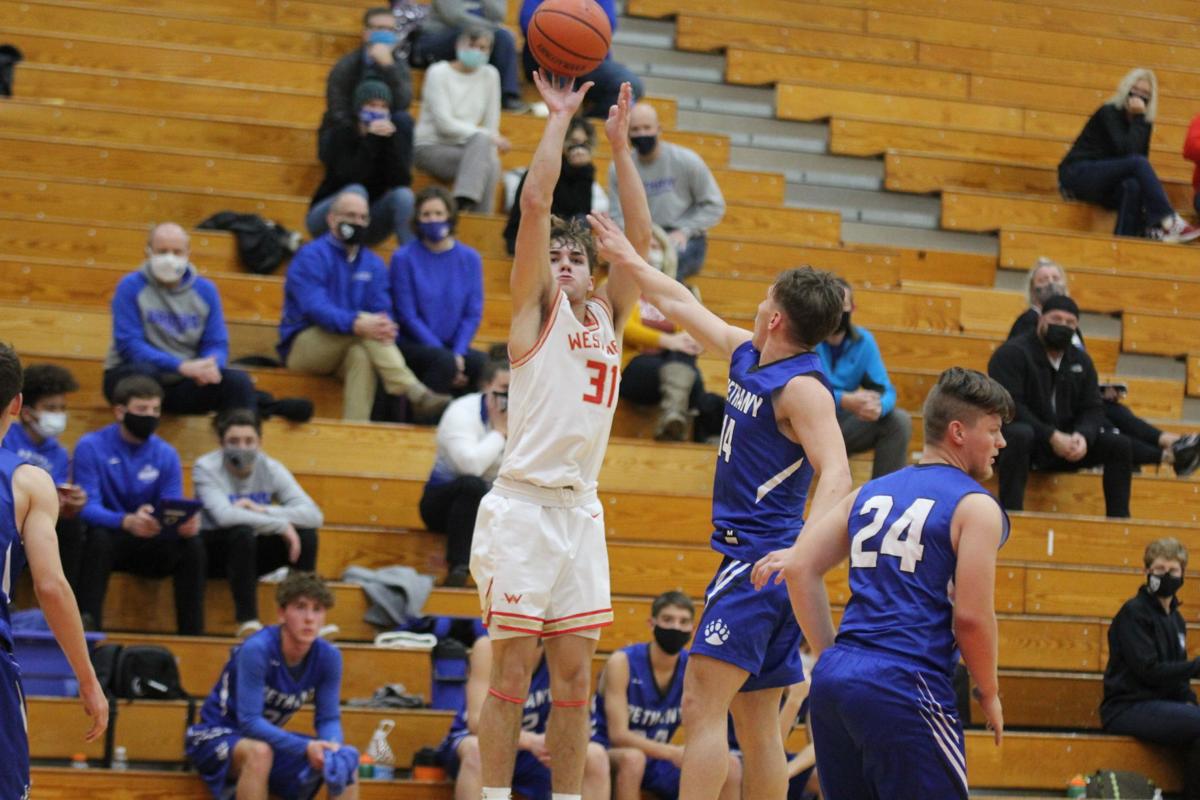 Westview’s Luke Miller takes a shot during a game against Bethany Christian earlier this season. 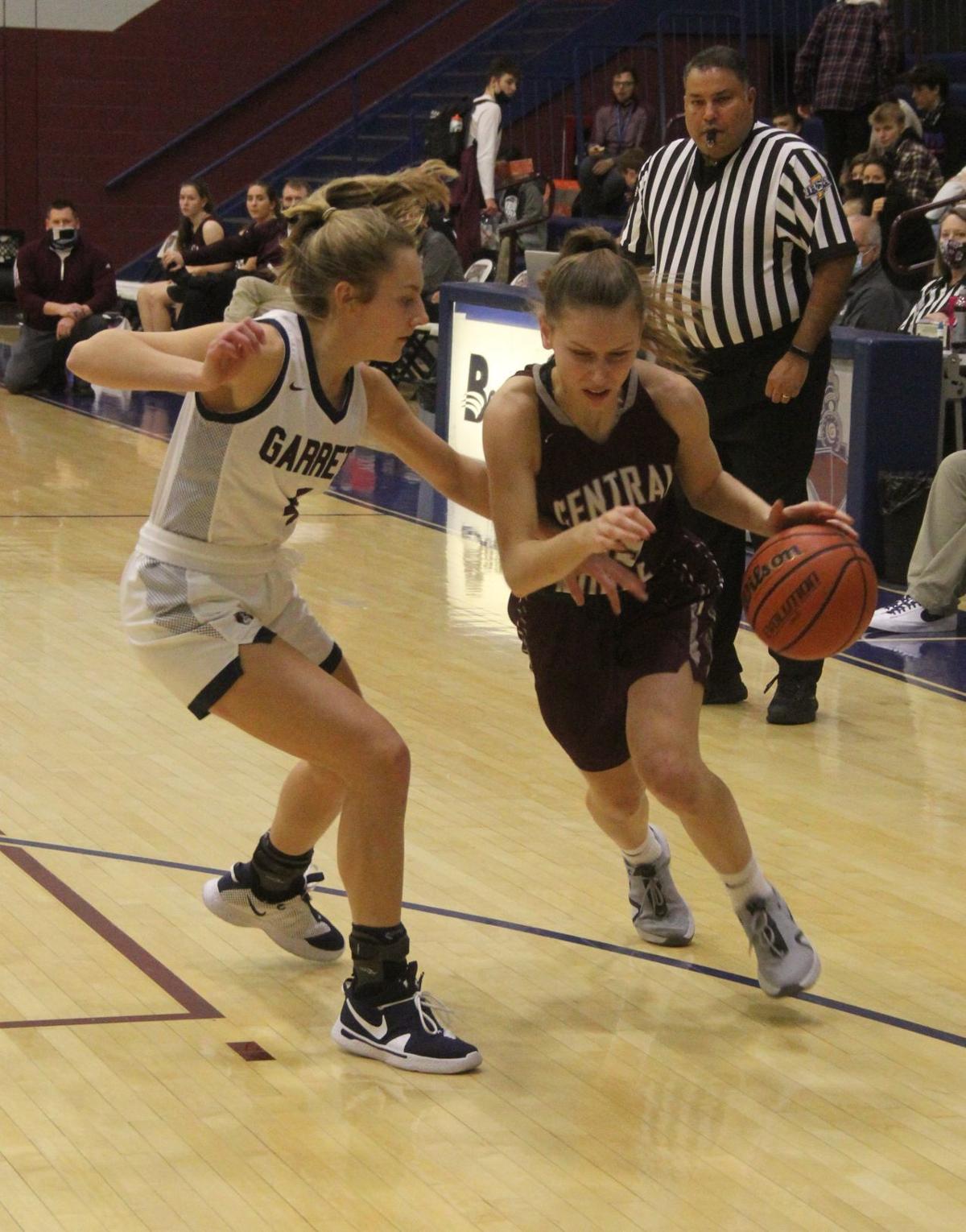 Westview’s Luke Miller takes a shot during a game against Bethany Christian earlier this season.

Today begins one of my favorite events of the year. The Northeast Corner Conference basketball tournaments. This tournament produces some of the best games all season, and with the blind draw that could happen on any night of the tournament.

This year both the girls and boys side are loaded with teams at the top that could win it all, which made it so hard for me to pick a favorite on each side. However, I have picked a favorite to win, some contenders to challenge and a sneaky dark horse that few expect to take home the title.

The Railroaders (14-1, 7-0 NECC) look like they are going to run through their NECC schedule with an undefeated record, but before they do that, they have to match up with some of the conference's best, maybe one of them for the second time this season.

What makes the Railroaders so dangerous is that they can beat you in so many ways and they have the strongest starting five in the conference. If you want to stop Morgan Ostrowski inside, they can beat you from the perimeter with Faith Owen or Bailey Kelham. If you want to stop those two, Taylor Gerke and Nataley Armstrong can beat off the dribble. Good luck to the rest of the conference.

This is where it gets difficult, because any one of these five teams can come out on top. The Hornets (10-3, 6-2) are playing their best basketball of the season right now. They won four NECC games last week, including wins over Lakeland and West Noble. Angola won this tournament last season, and it's hard to count out one of the best players in the area, Hanna Knoll.

The Chargers (13-3, 7-1 NECC) lost to the Hornets on a last-second shot by Knoll, but they have the talent to beat any team in the tournament. Lillian Mast and Mackensy Mabie are two hard-nosed players that I wouldn't want to get in the way of.

The Lakers (12-4, 5-2) dropped two games last week against two of the top teams in the NECC by a combined nine points. The duo of Bailey Hartsough and Faith Riehl are as good as any in this tournament and if either one of those have a big game, it could be a problem for the opposing team.

The Cougars (11-3, 3-3) put a scare into Garrett on Friday, but couldn't finish the job. If they had a second chance, could they do it? They have a clear road to the final they can get past Lakeland in the opener today.

Fairfield (10-5, 5-2) made it to the championship game last season behind the play of Brea Garber. She's a sophomore now and an even more dangerous player. The Falcons also pushed the favorite Railroaders to the brink last Tuesday.

The Blazers (8-5, 3-4) have struggled against the top teams in the conference, but they start the tournament with a rematch versus the Hornets. If they beat Angola and who's to say they couldn't do it a couple of more times?

The Warriors (7-2, 5-0) are the favorite, but they aren't head and shoulders above every other team. They have a favorable draw with their first game against Hamilton, which should get them into the semifinal, where they will likely face the winner of Central Noble and Churubusco.

What makes the Warriors the favorite is that they've already beaten Central Noble and Churubusco once this season. And if they get to the championship game, it's on their home floor.

Now, Westview has struggled recently with a tight win at Angola and a loss at East Noble. On offense is where the Warriors have struggled. It's been bogged down with lack of screens and passing. If they can fix this issue by Friday, watch out.

The Cougars (9-1, 4-1) could have easily been picked to be the favorite here, because they won last year's tournament and almost every member of this year's team was a part of that run.

Central Noble's worst game of the season to date was a 60-54 loss at Westview, but the Cougars have played better of late and have the chance to knock the Warriors off. Plus, they have the best scorer in the tournament in Connor Essegian, but the cast around him will have to step up like they did last year.

Speaking of teams playing really well at the moment, the Churubusco Eagles (7-1, 3-1) are playing as well as any team in the area. They've scored 92 or more points in all three of their games in the new year. It's going to be difficult for any team to slow them down, but I think there are a few teams that can keep up with them.

Eastside (6-1, 3-0) has won five in a row and are on the easier side of the bracket. The Blazers have one of the top defenses in the conference and have great scoring balance, led by Gabe Trevino.

The Chargers (4-3, 1-2) should find themselves in the semifinals after they play Fairfield in the quarterfinals Wednesday. Once there, they will play Angola, Eastside or Fremont. I've liked this team since the beginning of the season, and I believe this is their time to shine. I have a strong inkling they will make it to the championship game and can challenge whoever they match up with.

Hannah Holstein is KPC Media Group's sports prognosticating cow. She can be reached at hannahholstein@kpcmedia.com or on Twitter at WondercowKPC.