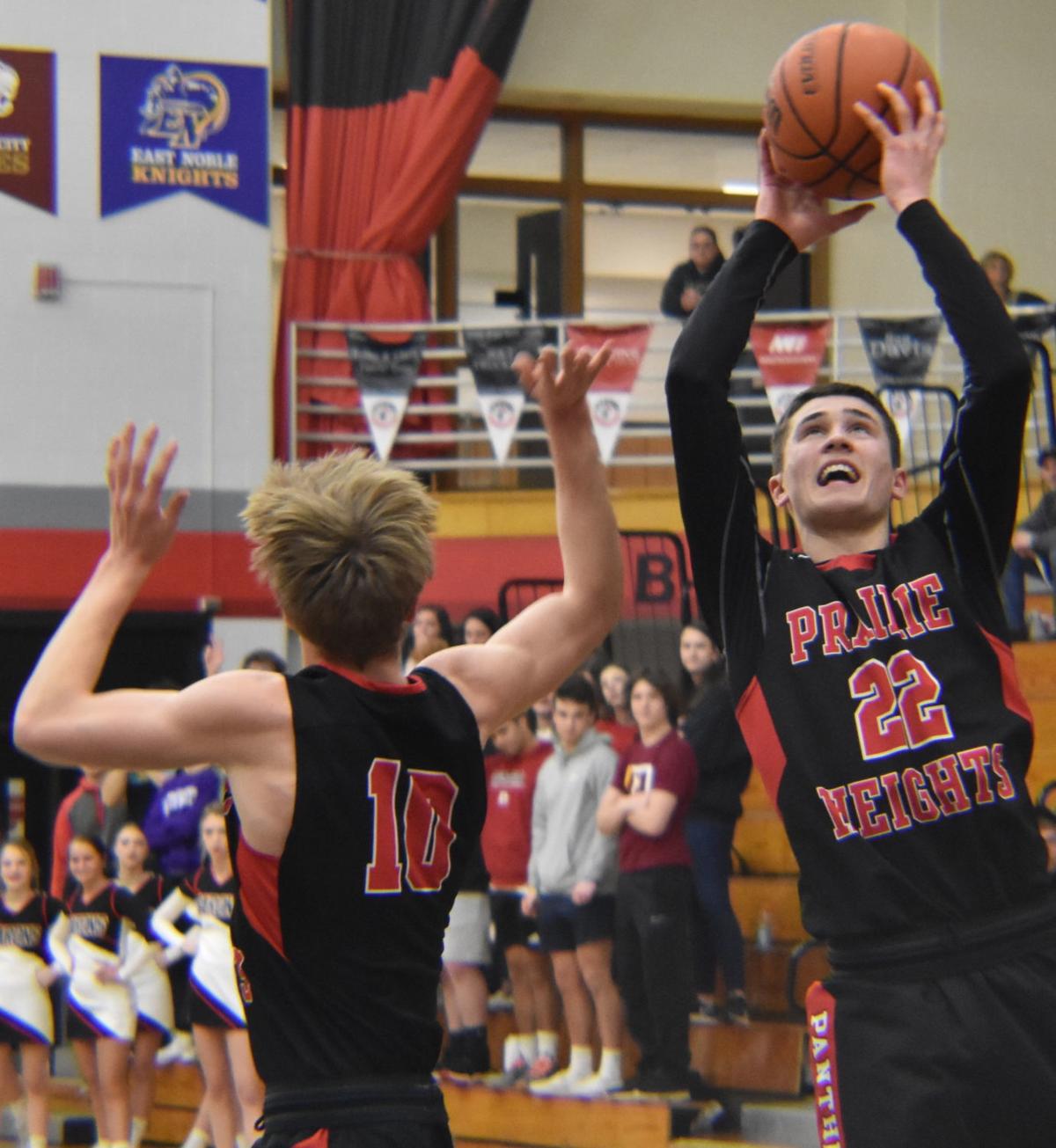 Mike Perkins of Prairie Heights, right, snags a rebound with teammate Brandon Christlieb close by during Tuesday’s game at DeKalb. 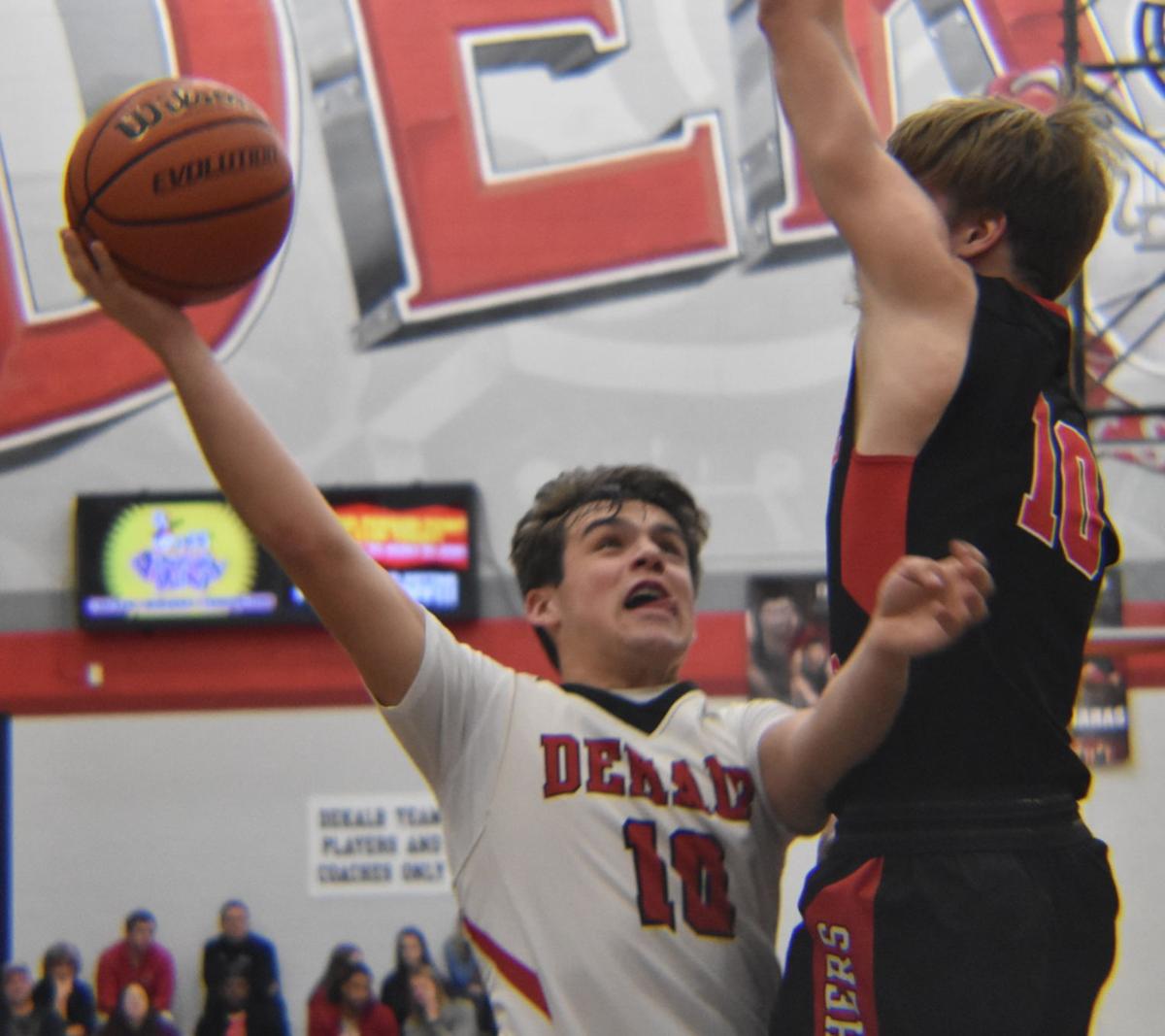 DeKalb’s Brantley Hickman, left, fights his way to the basket against Brandon Christlieb of Prairie Heights during Tuesday’s game.

Mike Perkins of Prairie Heights, right, snags a rebound with teammate Brandon Christlieb close by during Tuesday’s game at DeKalb.

DeKalb’s Brantley Hickman, left, fights his way to the basket against Brandon Christlieb of Prairie Heights during Tuesday’s game.

WATERLOO — Prairie Heights stepped up its defense, and finally fought off DeKalb.

The Barons managed to keep contact through three quarters, but the Panthers kept more pressure on shooters and disrupted DeKalb’s efforts to drive at them and pulled away to a 57-44 boys basketball victory Tuesday night.

Prairie Heights (14-3) had led by nine in the first quarter and by 10 in the third, but couldn’t bury the Barons, who trailed 40-34 after a court-length dash by Brantley Hickman to just beat the third-quarter buzzer.

The Panthers opened the fourth quarter on a 13-4 run, however, and DeKalb (4-13) couldn’t recover. Seth Troyer hit a three and also scored off a steal during that span, while the Barons managed only two baskets from Connor Penrod.

Elijah Malone, a 6-foot-9 senior, had 19 points to lead Prairie Heights. He stepped outside to hit a few jumpers, and also had eight rebounds.

Brandon Christlieb had 13 points and nine boards, and Troyer scored 10. Malone and Christlieb each had two blocks.

DeKalb stayed within range in the first half by hitting 6-of-13 from three. Nixon’s third three helped the Barons keep the margin to 29-25 at intermission.

The Barons found less open space on the perimeter in the second half, however, and made just two more threes the rest of the game.

The Panthers also controlled the glass 34-20, and had eight offensive rebounds, some of which became extra scoring chances.

The Barons played without senior Evan Eshbach, a major contributor who did not dress for the game.

The Barons won the freshman game 56-25. Ethan Jordan led four DeKalb double-figure scorers with 13. Will Seigel added 11, and Parker Smith and Zach Kirkpatrick both had 10. Davis Claudy scored 10 and Logan Swygart added seven for the Panthers.