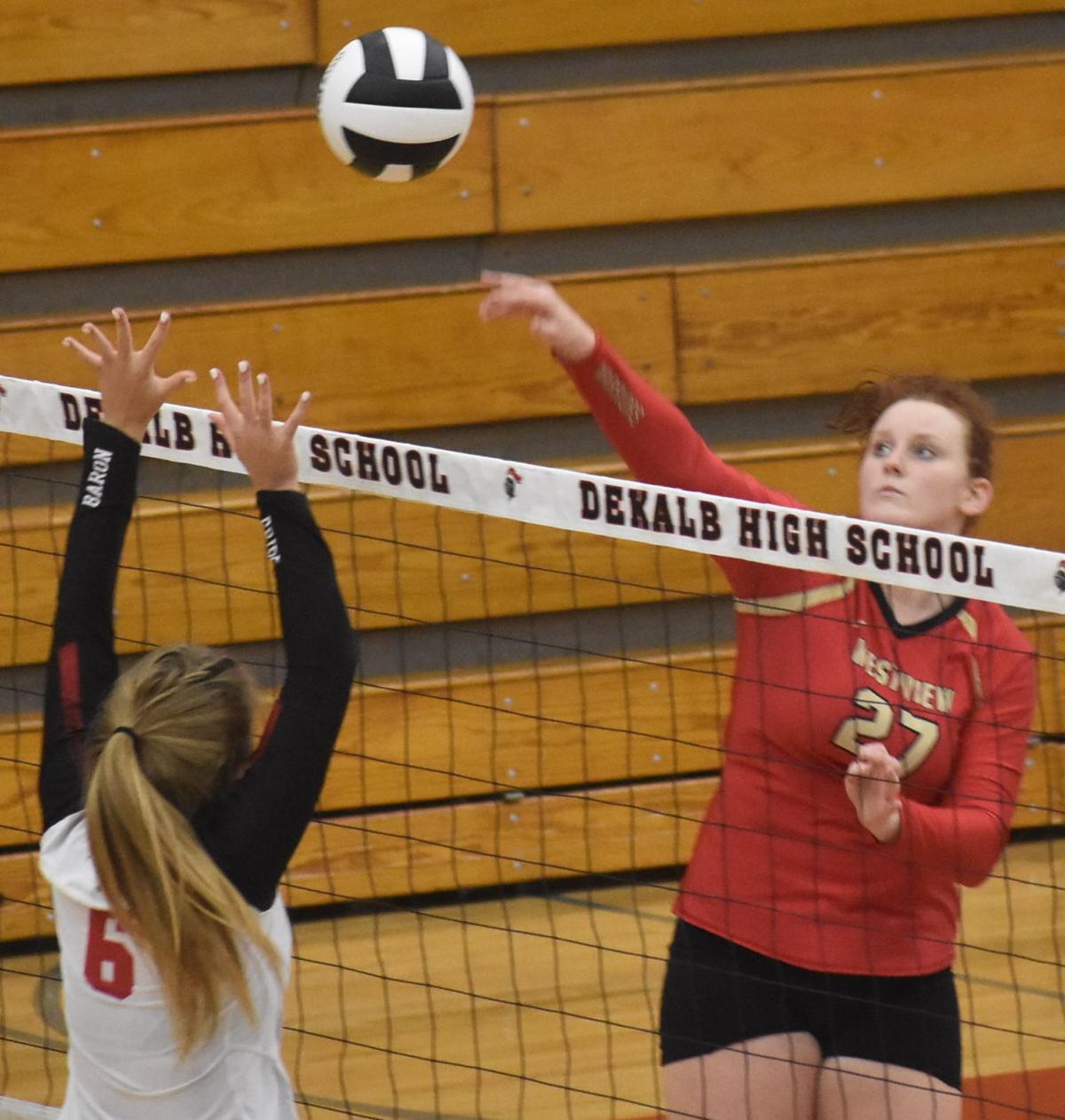 Lucy Rensberger of Westview, right, tries to tip the ball past a DeKalb blocker during Tuesday’s match. 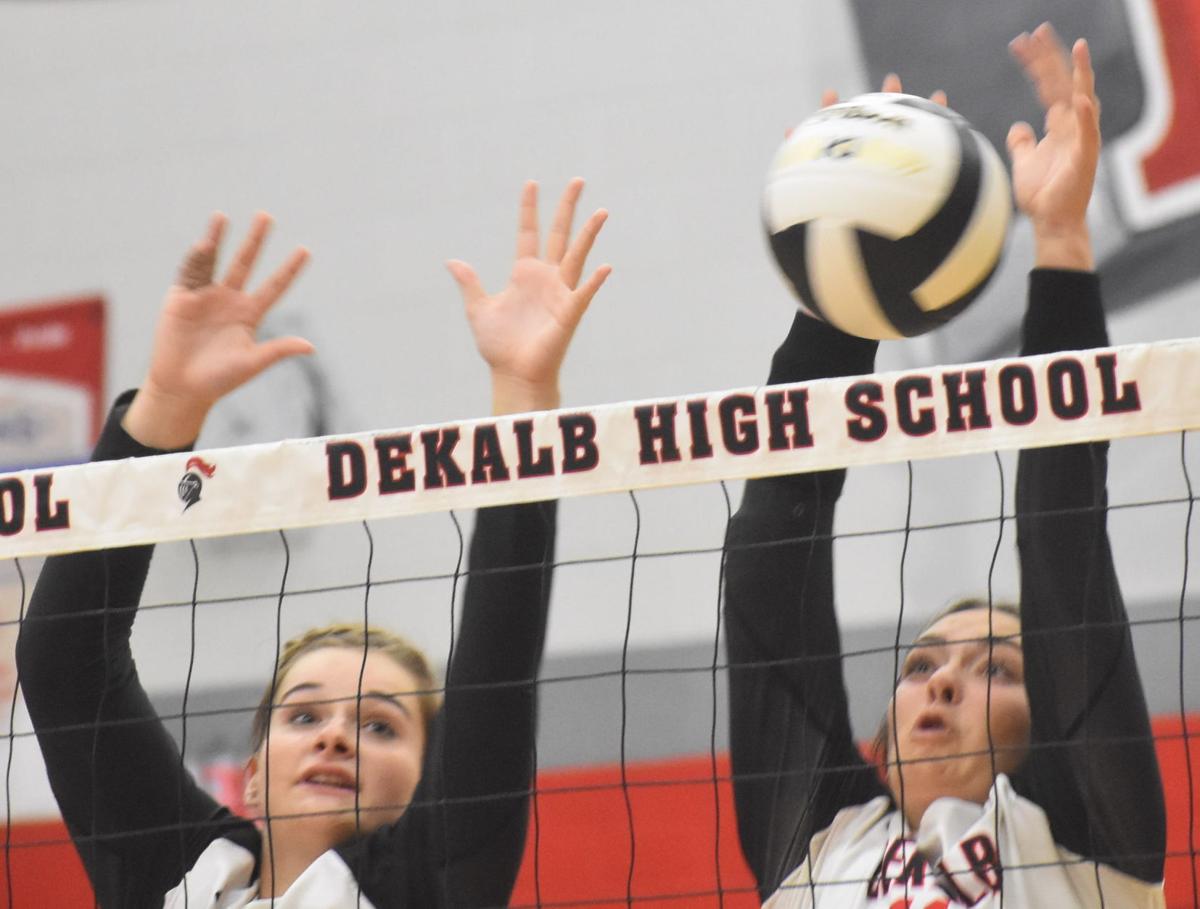 Lucy Rensberger of Westview, right, tries to tip the ball past a DeKalb blocker during Tuesday’s match.

WATERLOO — DeKalb won the first game with a big run of points, but got quite a stubborn fight from Westview in closing out the last two.

“Overall I’m happy with the win,” Baron coach Melissa Hall said. “I wish we could have cleaned things up a little bit, especially with our serving. A lot of times, we were not just missing a serve but missing serves back to back.

“We were able to make up for that in other parts of our game. Our attacking, I thought they were very smart in placing the ball. There were not too many attacking errors.”

The opening game featured a run of eight consecutive points served by Paige Langschwager. Paige Snider and Hope Moring had kills during the run that put the Barons up 17-8. Later, a kill by Brooklyn Barkhaus and an ace from Hope Moring increased the lead to 23-13, and DeKalb finished out the first game from there.

Serving problems surfaced in the second game. At one point, the two teams combined for four straight missed serves. DeKalb had missed three when Westview grabbed an early 6-4 lead.

The Barons got a spark from Aiva Ring’s ace and Paige Snider’s kill to get the lead, but missed serves twice more as the Warriors tied it 9-9 on Kylie Yoder’s kill.

From there, Brenna Spangler swatted down an errant pass for a kill, and Snider later added a kill as DeKalb went up 14-10, but couldn’t shake the guests as they did in the first game.

Two scores on tips by Lucy Rensberger and an ace from Mia Bontrager kept Westview within 21-18. An attacking error and a net foul derailed the comeback, however, and Ring fired another ace as DeKalb wrapped it up.

Snider and Spangler scored on a block and a tip, and Barkhaus had a kill as DeKalb opened a 19-11 lead in the third game. Two aces from Alexys Antal helped cut that lead in half, and a Rensberger kill kept the Warriors close at 20-16.

The Barons survived with a Snider tip and an ace from Ring.

Snider had nine kills and Barkhaus had eight for DeKalb. Moring had six kills and 15 assists. Langschwager had four kills and led the defense with 11 digs.