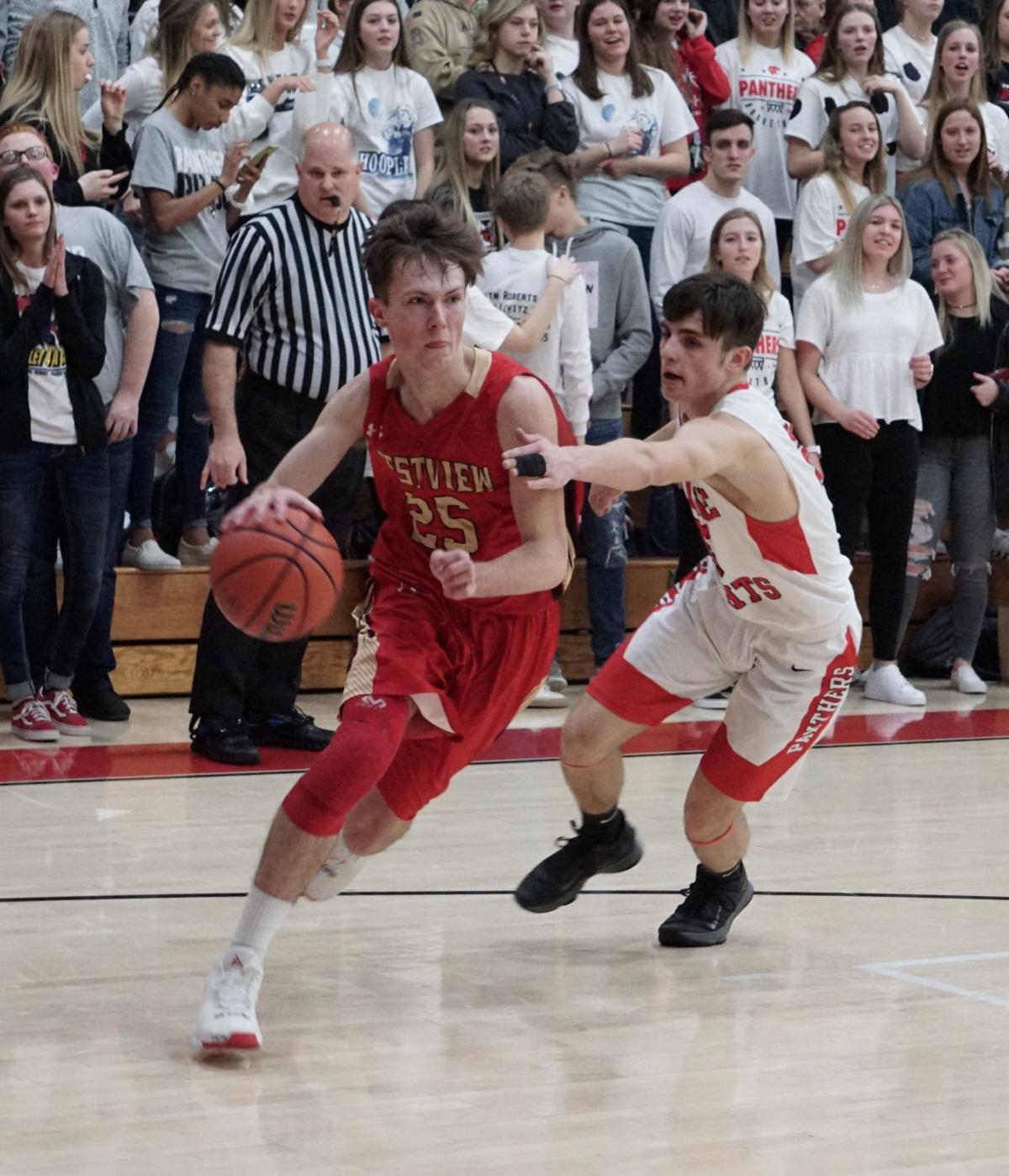 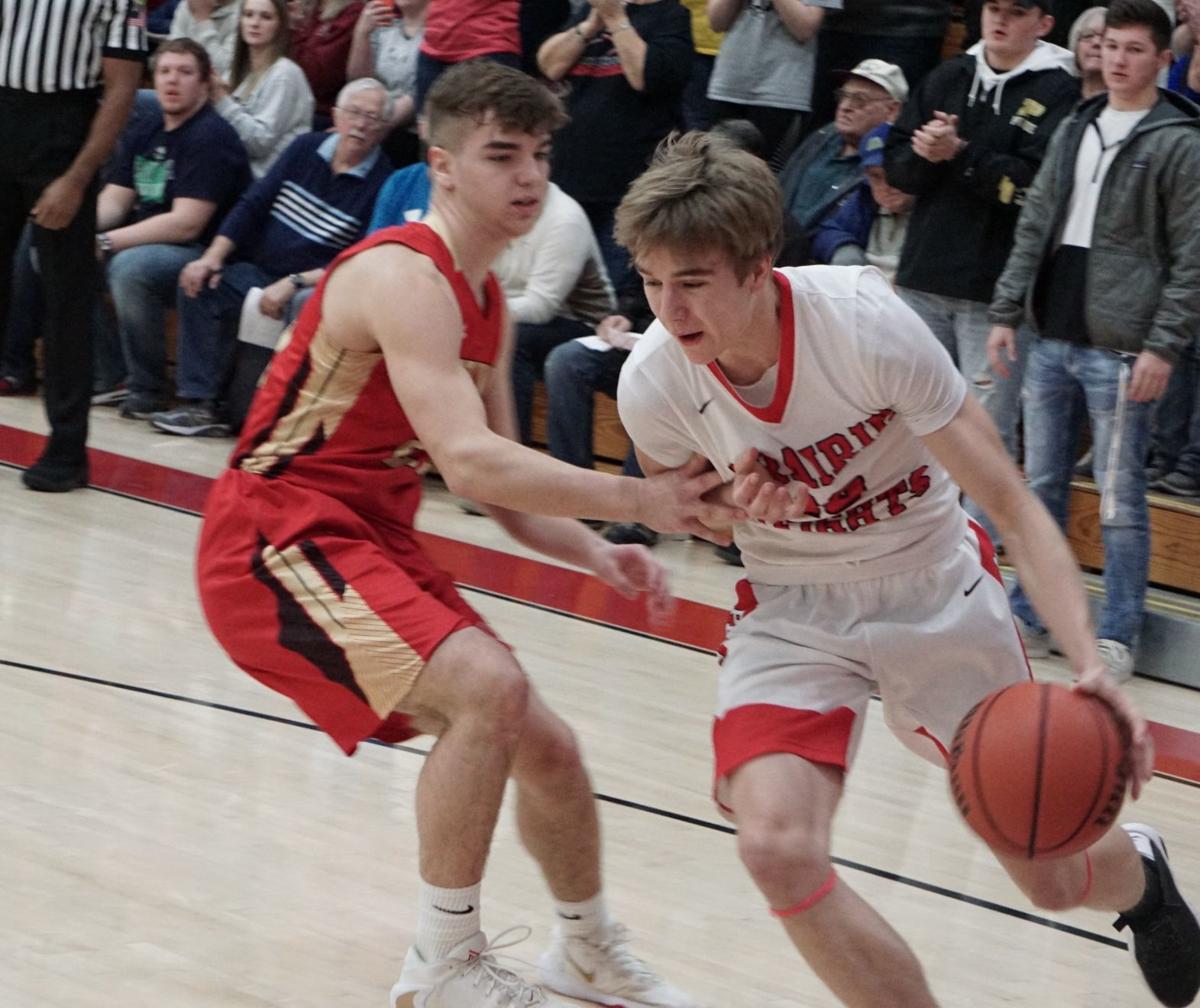 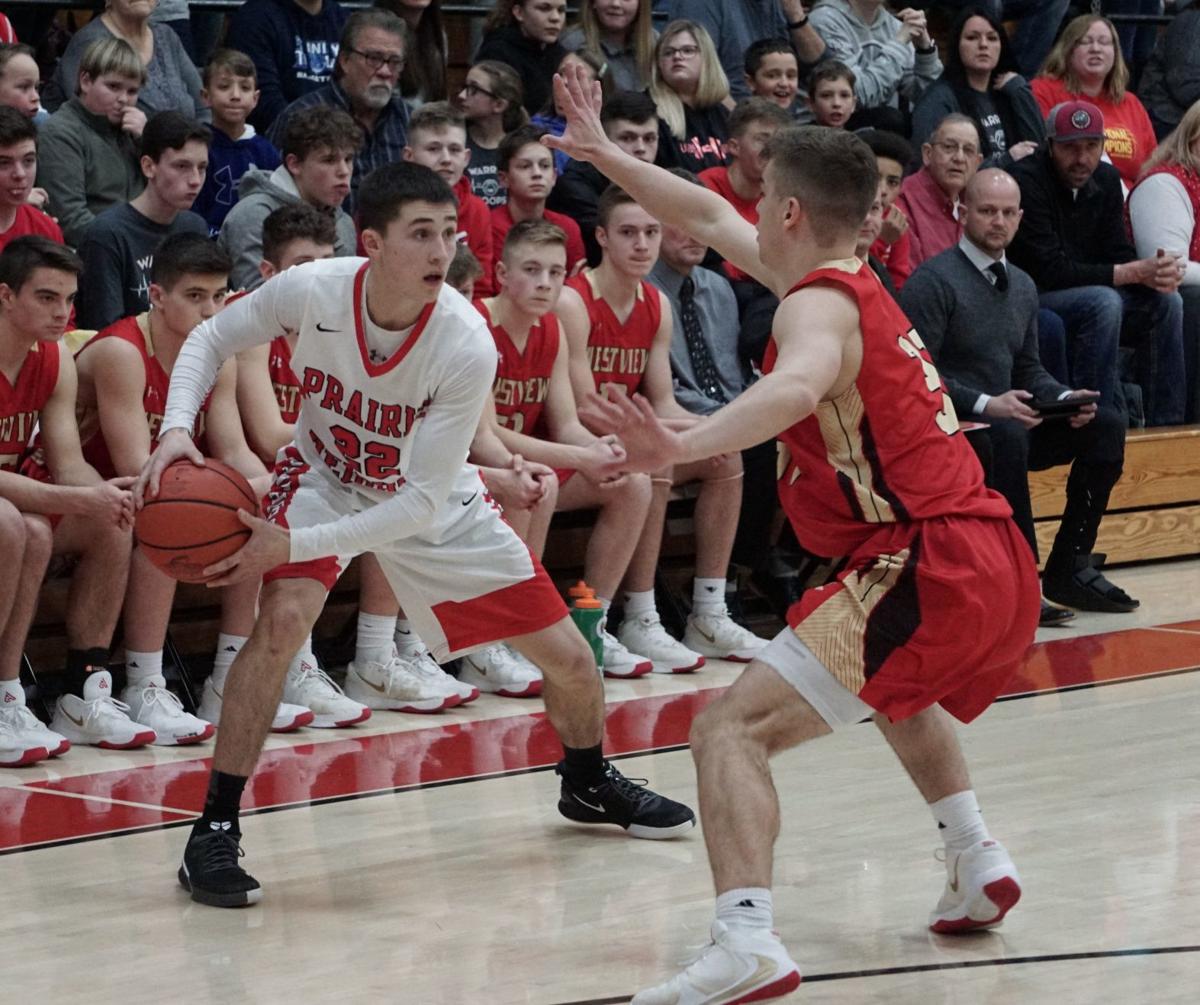 Prairie Heights senior Mike Perkins handles the ball on a wing while being defended by Westview’s Luke Miller Friday night in Brushy Prairie. 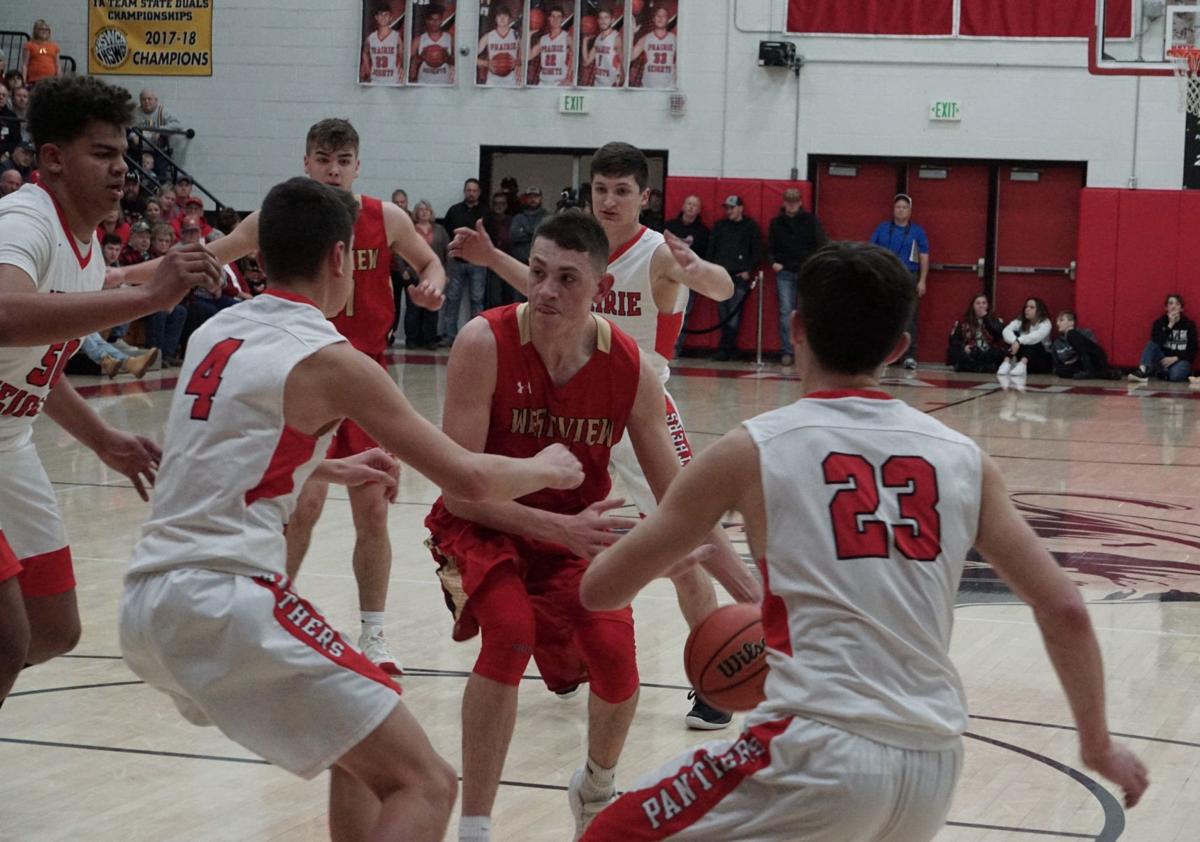 Prairie Heights senior Mike Perkins handles the ball on a wing while being defended by Westview’s Luke Miller Friday night in Brushy Prairie.

BRUSHY PRAIRIE – Freshman Brady Yoder hit a three-pointer to break a 51-51 tie with about 2 and a half minutes left, and Westview made all 10 of its free throws in the final minute and a half to defeat Prairie Heights 64-57 in a matchup of Class 2A state-ranked Northeast Corner Conference teams Friday night on the Panthers’ home floor.

The 2A fifth-ranked Warriors (16-3, 9-1 NECC) only has Fremont left in conference play on the road on Feb. 25 to gain at least a share of the NECC regular season title. Churubusco is the only other NECC team still with one league loss and will be favored against Garrett, Fairfield and Eastside over the next two weeks. The Eagles won at Hamilton 108-38 Friday night.

“To put ourselves in this position this year with the lack of experience we had coming in speaks volumes about how we have grown and the toughness we have showed,” Westview coach Rob Yoder said.

All-State candidate Charlie Yoder and junior forward Drew Litwiller were the only players back from last season who had significant varsity experience. On Friday, they were two of four Warriors to score in double figures.

Senior Blake Egli scored all 12 of his points on four three-pointers to key Westview’s start. It led 16-8.

“When you are that young, you have to go through a few things,” Rob Yoder said. “They experienced a few things and are getting better.”

The Warriors hit 12 three-pointers as a team and had 13 assists on 19 made field goals.

Charlie Yoder had 20 points to up his career total to 1,984 points. He also had eight rebounds, four assists, three steals and a block. Litwiller added 11 points and seven rebounds.

The seventh-ranked Panthers (14-4, 6-2) fought back a couple times during the game, but Westview was better down the stretch. PH tied the Warriors at 16 in the first quarter and rallied from a 39-34 deficit in the third quarter to take a 42-41 lead into the fourth.

Elijah Malone and Mike Perkins each had 19 points for Heights. Freshman Chase Bachelor had 10 points, including three three-pointers in the second half. Malone also had 10 rebounds, but only had four points after halftime.

Brandon Christlieb was hampered by foul trouble and only scored six points for the Panthers. He had two fouls in the first two minutes of the game.

The Panthers led for most of the game, but scored the final nine points to come back and win. Isaiah Malone scored what turned out to be the game-winning bucket with 18 seconds left.