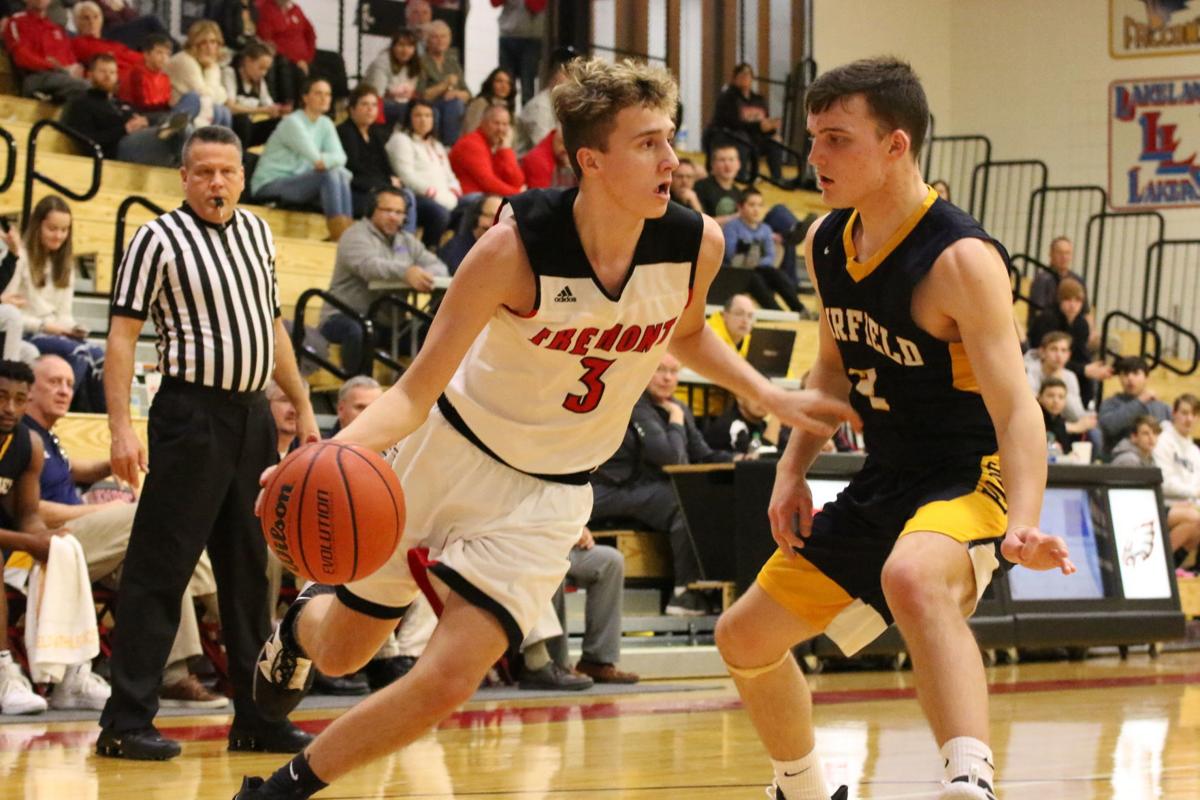 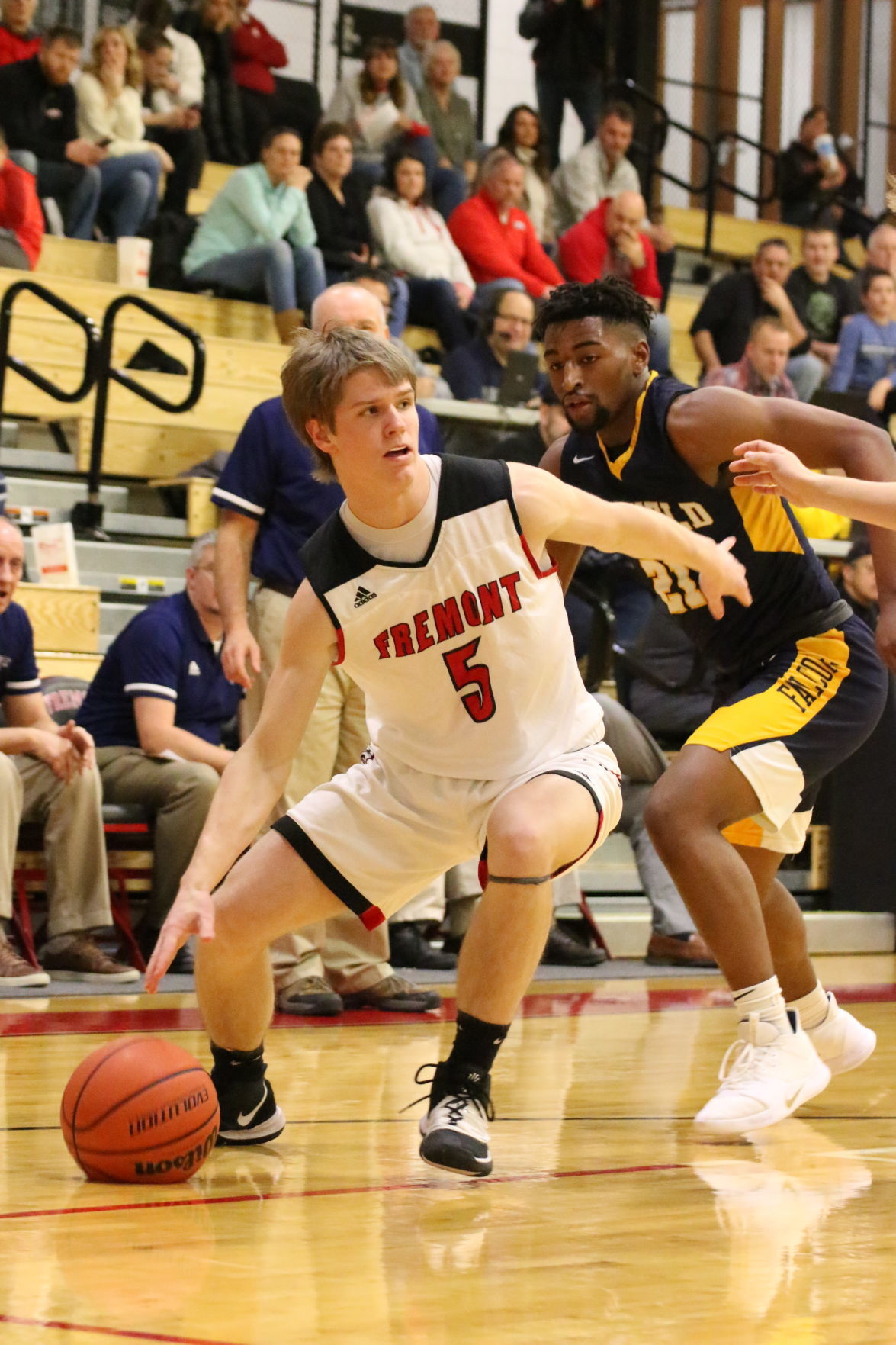 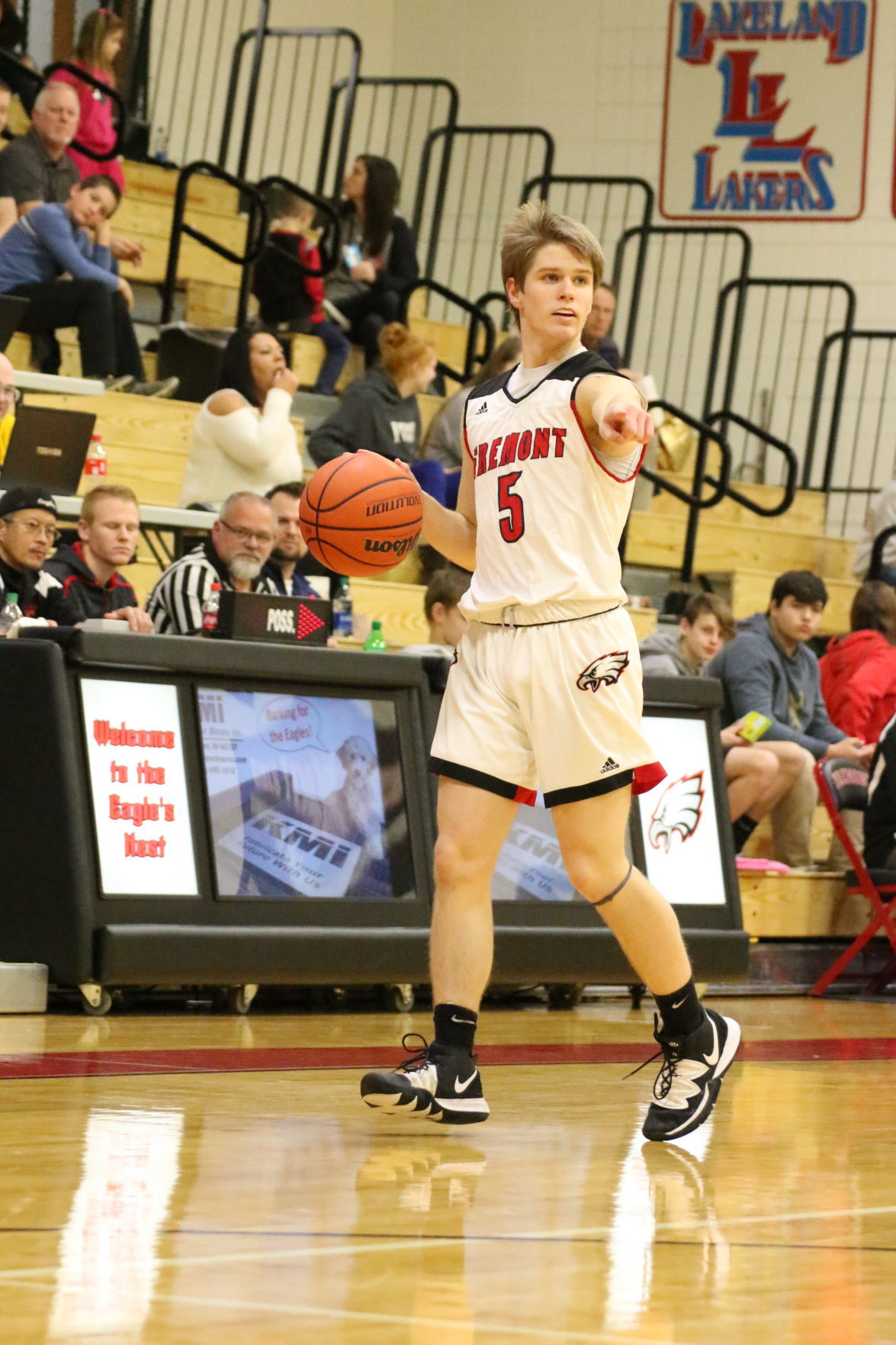 FREMONT — On the Fairfield bench, as the final few seconds ticked away to end Friday’s basketball game, Falcons senior guard/forward Nolin Sharick rose up onto his feet, stretching his arms high into the air as he congratulated his team off the court.

Junior guard Holden Blosser, who held the ball near half court for the final five seconds of regulation, gleefully gifted the ball to the ref before proceeding to jog to the visiting locker room.

The scene was much different on the other end of the court. As Blosser and Sharick, who combined for nearly half of the Falcons’ 50 points Friday night, celebrated a hard-earned win, Fremont’s two best players were wearing street clothes and braces. The Eagles, short-handed with injuries keeping guard Ethan Bock and forward Gabel Pentecost off the court, had fought hard to come back from an early double-digit deficit, but were overmatched for much of the night with largely inexperienced players being thrust into key roles.

The end result, a 50-37 home loss, the Eagles’ fourth in a row, and a team walking off the court knowing it dropped a game it badly needed to win.

Ethan Bontrager and Kameron Colclasure did all they could to give Fremont a chance. Bontrager, a freshman, tied a game-high 14 points, while Colclasure scored 13.

The backcourt pair combined for all but 10 of the Eagles’ points and 10 of the team’s 15 total field goals. Past that resided a lot of inconsistency.

Fremont shot 30% overall from the field (15-of-49), and just 16% from 3-point range (4-of-25) against the Falcons, with half of those deep shots attributed to Bontrager, and no other player scored more than four points.

Fremont trailed by as many as 13 points in the game, but cut the deficit to seven twice in the second half. At the end of the third quarter, Bontrager knocked down the back end of a pair of free throws after being fouled on a drive to the hoop. Then in the fourth, Colclasure scored again to bring the score to 36-29, the closest the Eagles came to the Falcons the rest of the way.

The loss drops Fremont to 7-10 overall, with a 3-6 mark in Northeast Corner Conference games. The road also doesn’t get any easier. Three of the Eagles’ final five games are against teams over .500, including matchups against NECC powers Central Noble and Westview.