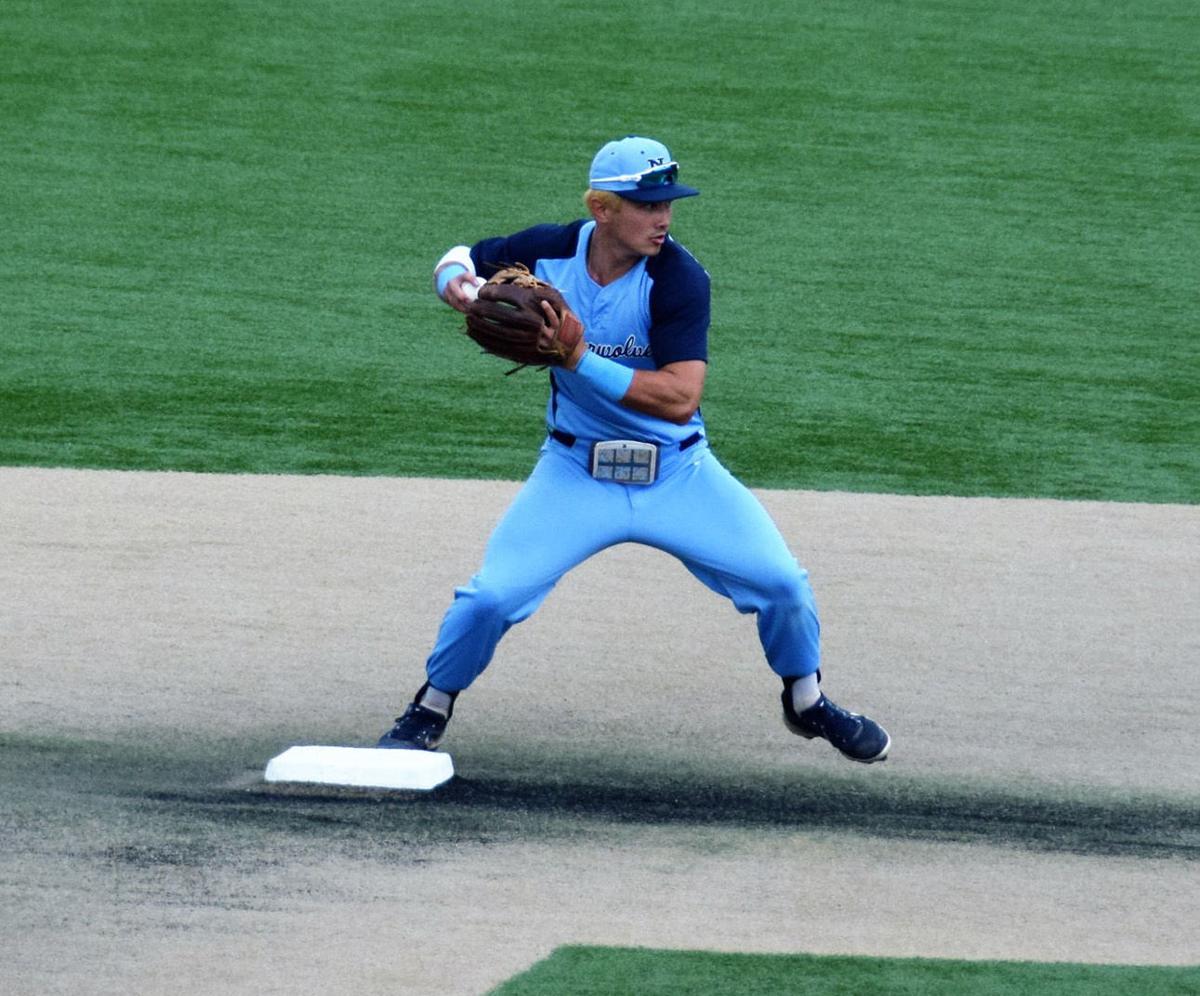 Northwood University second baseman Rhett Evans from Fremont attempts to turn a double play during a college baseball game this past spring season. Evans had a solid first season with the Timberwolves to help the team win 29 games and reach the semifinals of their NCAA Division II regional played in St. Charles, Missouri. 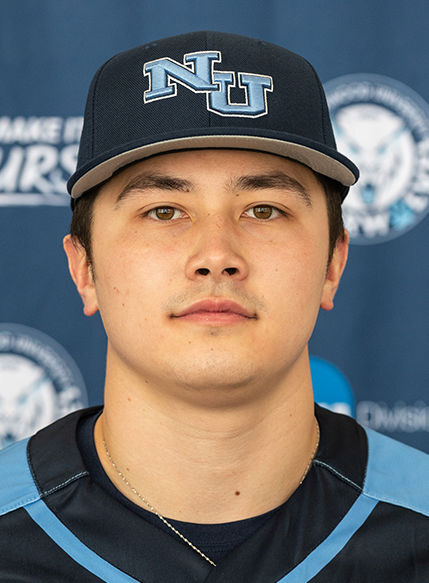 FREMONT — Fremont High School graduate Rhett Evans has had a pretty consistent college baseball career over the past three seasons at three different institutions. He is looking to continue to grow over the next couple of years with the hopes of earning a professional opportunity.

“I’m going to give it 100% and keep working to where I’ll be lucky enough to get drafted,” Evans said.

Evans made a big impact in his first season at NCAA Division II Northwood University in Midland, Michigan, and transitioned well from shortstop to second base. He was a First Team All-Midwest Region selection by the National Collegiate Baseball Writers Association and the Division II Conference Commissioners Association. He was an All-Great Lakes Intercollegiate Athletic Conference First Team selection at second base.

Evans was tied for fifth in the GLIAC in doubles with 16, eighth in the conference in runs batted in with 44, tied for ninth in home runs with six and tied for 10th in stolen bases with eight. He also hit .320 (58-181) in his second season of college baseball with 36 runs scored, a .359 on-base percentage and a .519 slugging percentage.

The stop at one of the best junior colleges in the country at Lansing Community College for the 2019-20 school year made the transition rather smooth to a four-year program that has been successful over the past few years.

“My preparation in Lansing was huge. Coach (Jordan) Keur did a phenomenal job getting my name out there. He played and coached at Michigan State, and designed his practices like they are at Michigan State,” Evans said. “At LCC, I moved to second and adapted pretty well.

“I love it up there (at Northwood). It’s a beautiful campus. I like the small school size,” he continued. “They lost two starting middle infielders (after 2020), so that opened my eyes regarding playing time. The program here also wants to see you succeed off the field and become a great person.”

He also had a .960 fielding percentage, making just one error in 25 total chances playing shortstop or pitching.

Pitching was a possibility for Evans at Northwood despite a rough season at Glen Oaks where he had a 10 earned run average and allowed 33 hits and 10 walks in 18 innings while striking out 17. But that might not be in his future baseball plans after having surgery tomorrow on the ulnar collateral ligament in the elbow of his right throwing arm.

Evans came in to pitch in the bottom of the seventh inning to finish up a lopsided Northwood win in the first game of a doubleheader on March 14 at Kentucky Wesleyan in Owensboro, Kentucky. He allowed two hits and had a wild pitch in what turned out to be his lone pitching appearance of the season before leaving the game. Those two hitters went on to score, but the Timberwolves still won 13-3.

Evans missed the second game of the twin bill, and that ended up being the only game he missed for Northwood this past season. He did not throw for a little over a week, but was back for the Timberwolves’ next games a little less than three weeks later, a home doubleheader against conference rival Grand Valley State on April 2. In the second game of that doubleheader, Evans had two hits, a sacrifice fly, reached base on an error and drove in six runs in Northwood’s 20-12 victory over the Lakers.

“I felt a pop while I was closing a game. I had my arm in a cast and a sling for a little while,” Evans said. “After surgery, it’s going to be three or four months until I can really throw again. I was told it’s going to be a seven-month process. When the season comes, I’ll be fully ready to go.”

That big game with Grand Valley was not the first time Evans made a big impression with his new team. Evans did so with his first at-bat with the team in the Timberwolves’ first game of the season at the University of Indianapolis to open a doubleheader on Feb. 27.

In Northwood’s second at-bat of 2021, Evans took a pitch from Greyhounds redshirt senior Corey Bates and put it over the left field fence for a solo home run. The Timberwolves went on to win the game 8-2 to begin a three-game series sweep on the road.

“We swept there in Indianapolis, then had a good weekend with Tiffin and Cedarville (winning three of four games in North Carolina),” Evans said. “Then we really proved we were a good team when we lost in a walk-off at Kentucky Wesleyan and bounced back to beat them in a doubleheader the next day.”

The Timberwolves finished 29-17 and reached the semifinals of their NCAA Division II regional hosted by Lindenwood, Missouri. They scuffled late in the season, falling out of the conference title contention after splitting a four-game series at Wayne State in Detroit to end the regular season, then lost both of their games in the GLIAC Tournament in Lansing.

But Northwood turned things around in the regional immediately. It knocked off No. 1 seed Illinois-Springfield 13-9 in 10 innings in game that also had two rain delays that lasted nearly four hours. Springfield had seven runs in the seventh inning to take a 9-7 lead. Northwood’s Jacob Rybicki had a two-run single with two outs in the top of the ninth to tie the game, then the Timberwolves scored four times in the 10th.

“Overall, we had a great year,” Evans said. “It took a lot getting used to with all the COVID regulations. We could only work in groups of five in the fall when we got started. In the spring when we started full team practices, we took live reps wearing masks. We were not allowed to go out and see family and friends after games early in the season.”

Evans felt more comfortable further down the lineup over the final two months of the season. He was batting second in Northwood’s first several games, then was moved down the order starting in April. The former multi-sport athlete at FHS settled in the No. 5 spot for the second half of the season.

Evans also had a .923 fielding percentage at second base, making 16 errors in 209 total chances.