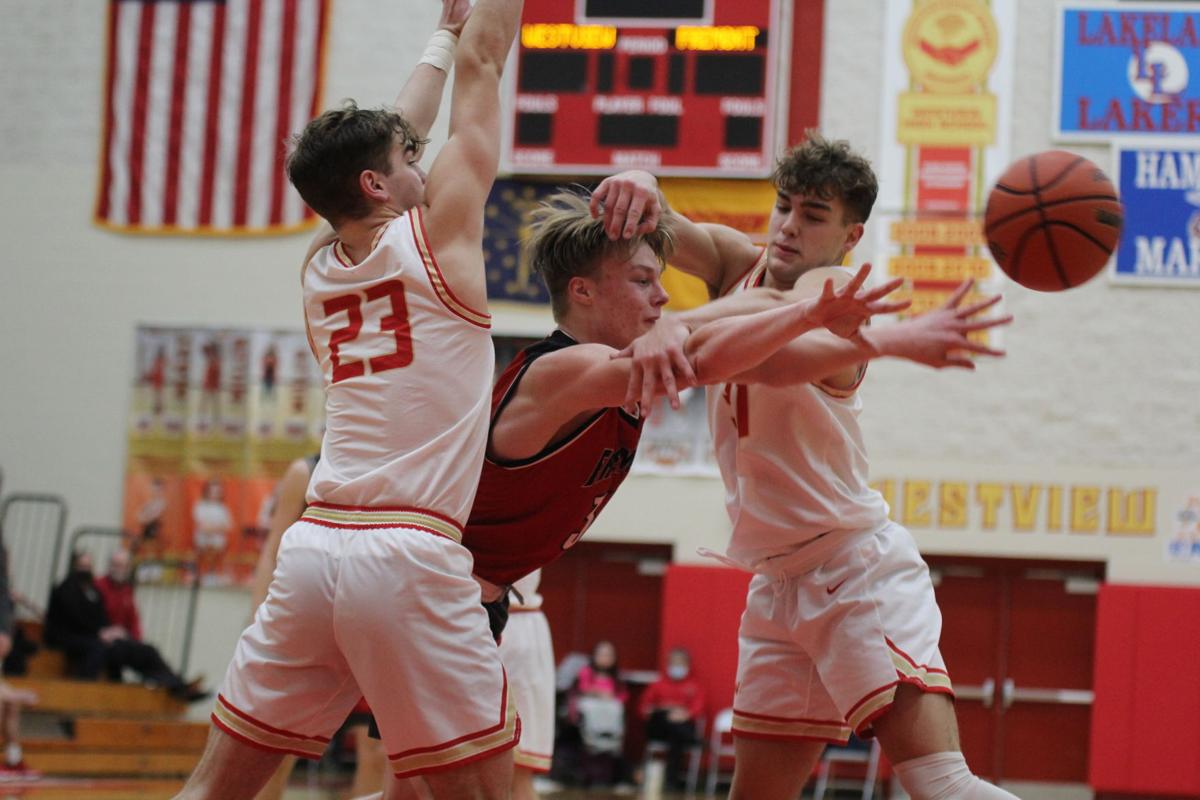 Fremont’s Logan Brace, center, passes out of a double team by Westview’s Lyndon and Luke Miller during a Northeast Corner Contest on Tuesday, Feb. 23. 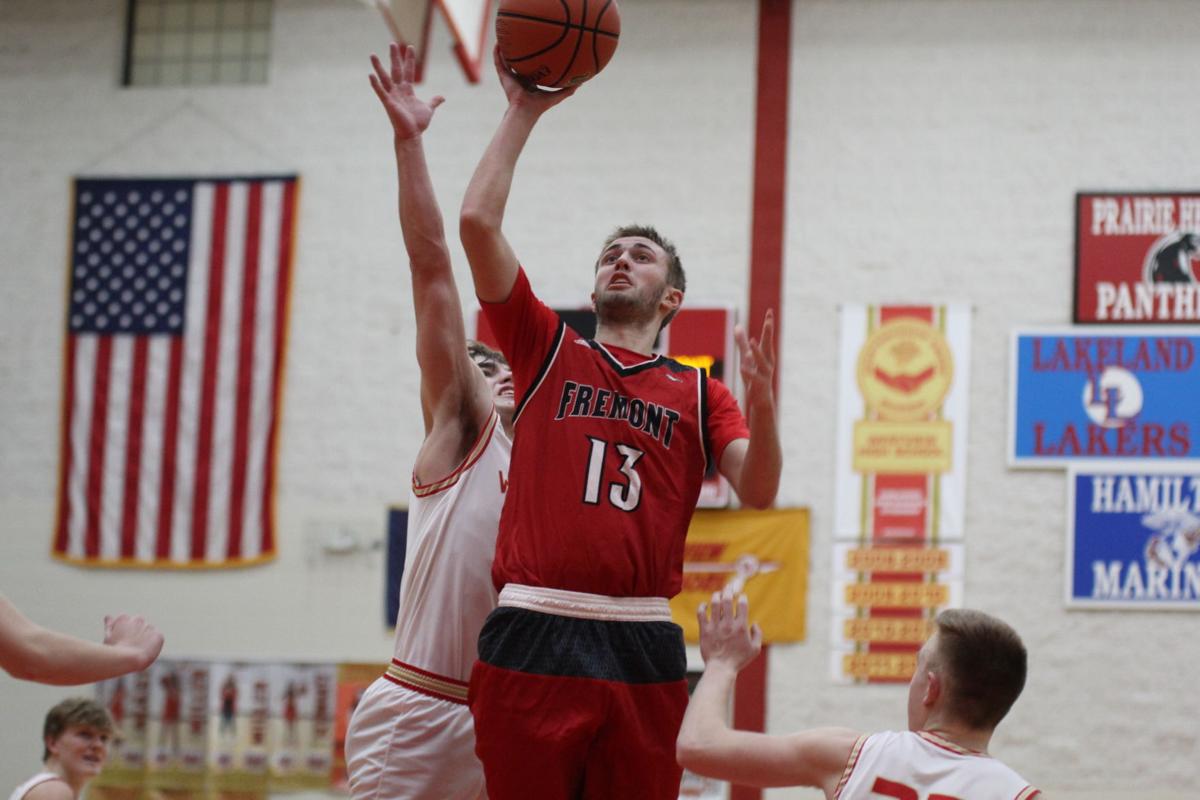 Fremont’s Ethan Bock puts up a runner in the lane against Westview’s Lyndon Miller during an NECC contest on Feb. 23 in Emma.

Fremont’s Logan Brace, center, passes out of a double team by Westview’s Lyndon and Luke Miller during a Northeast Corner Contest on Tuesday, Feb. 23.

Fremont’s Ethan Bock puts up a runner in the lane against Westview’s Lyndon Miller during an NECC contest on Feb. 23 in Emma.

EDITOR’S NOTE: With a new school year and new sports season approaching, KPC Media Group sportswriters took time to recall some of their favorite events from 2020-21. This is part of the series.

EMMA — This one had it all.

The Warriors entered the night with a perfect 10-0 record in the Northeast Corner Conference and needed a victory to complete the conference schedule unscathed. At the same time, the Eagles were 4-6 in NECC play but just starting to pick up steam and following the old cliché of “playing your best basketball at the end of the year.” They won four of their last five heading into the contest and needed a win like this to springboard them into the postseason.

Fremont jumped out to an early lead, but the Warriors finished the first quarter on a 17-3 run for a 24-13 lead.

Westview remained in control the rest of the first half and led 39-27 at the break after a buzzer-beater from Mason Yoder.

However, the tides would turn after a huge third quarter by senior Kameron Colclasure, fueled a 14-0 Fremont run to tie the game 44-44 before the start of the fourth quarter.

The final stanza went back-and-forth with both teams attacking the rim and making tough shots. Neither team had a traditional big that they could go to consistently or stop the opposing team from driving into the paint. Logan Brace was Fremont’s big and feasted down low. He led the Eagles with 20 points and scored 12 of his final points in the fourth quarter and overtime.

Fremont head coach Josh Stuckey said after the game that Brace wanted the ball and knew he could dominate inside. Brace is a player that isn’t traditional in any sense of the word. He plays inside while being undersized, and he shoots free throws with one hand. While others may wonder how he does it, those who watched him night in and night out know his impact on the game.

But Colclasure was the one who showed up when his team needed him the most. He finished with 14 points and drew a charge, which broke the school record for charges taken in a season. This is of note because the Eagles take pride in this sort of stat. It shows that you are willing to put your body on the line for the better of the team. Colclasure embodied that mantra for Fremont.

After leading the big run that got them back in the game, Colclasure drew a foul with 12.2 seconds left in regulation and went to the free-throw line. He hit one-of-two to tie the game. In overtime tied at 70-70, Colclasure once again drove inside, avoided one block attempt before laying the ball off the glass and into the basket for the lead with 12 seconds left.

The Warriors had a couple attempts from three to win the game, but both chances were off the mark. Westview struggled to put away the Eagles from the free-throw line, going 2-for-6 in the overtime period.

The win by Fremont was indeed a launching point for the final week of the regular season and gave them momentum towards the program’s first sectional championship in 16 years. It was also during that 2005 season that the Eagles last win at the Warrior Dome occurred. Stuckey was a junior at Fremont during that run.

The win also showed the full capability of the Eagles, and with majority of the roster returning for the 2021-22 season, this will be a squad that will be feared if they play at their full potential.

Their full potential was also on display during the Class 1A Bethany Christian Sectional and in the regional semifinal against No. 3 Kouts. Fremont gave the Mustangs all they could handle in the second half. The Eagles nearly rallied all the way back from a 21-point deficit to just three in the closing seconds.

Fremont players will continue to put their bodies on the line for the good of the team and try to outwork every team that gets in their way. Because up there, it’s a family thing.