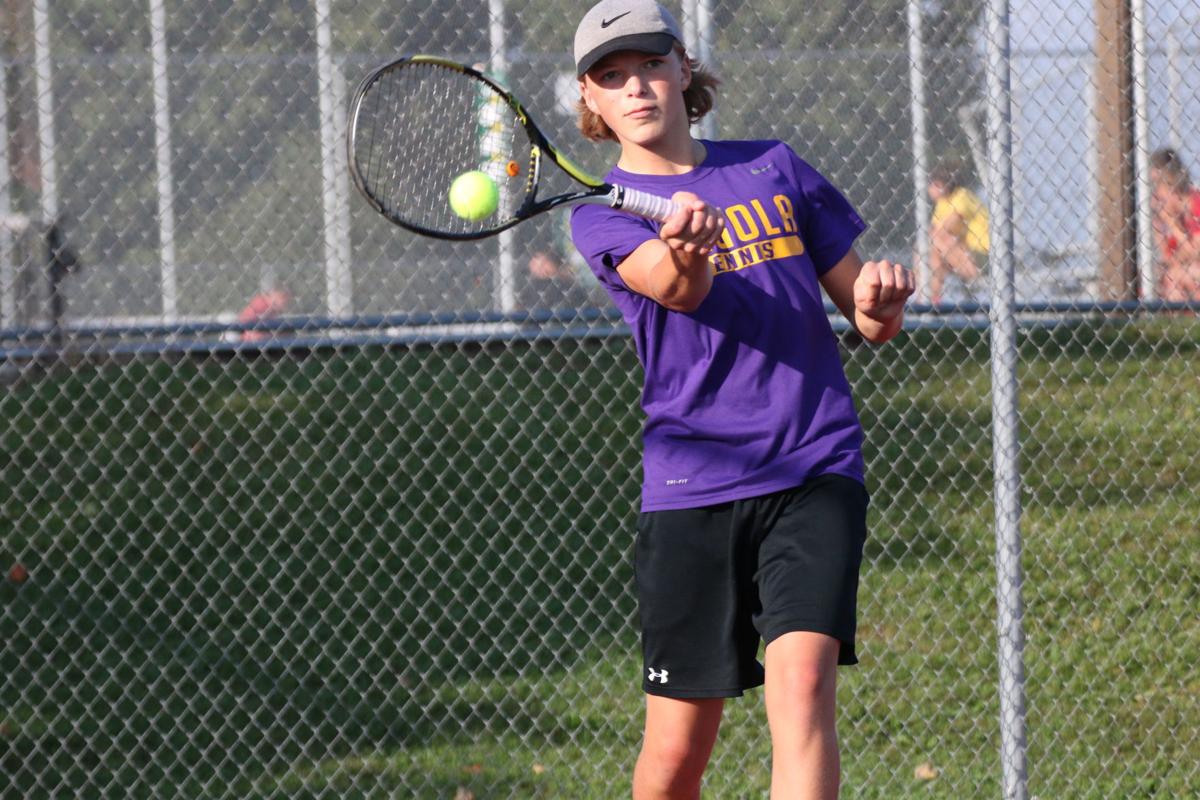 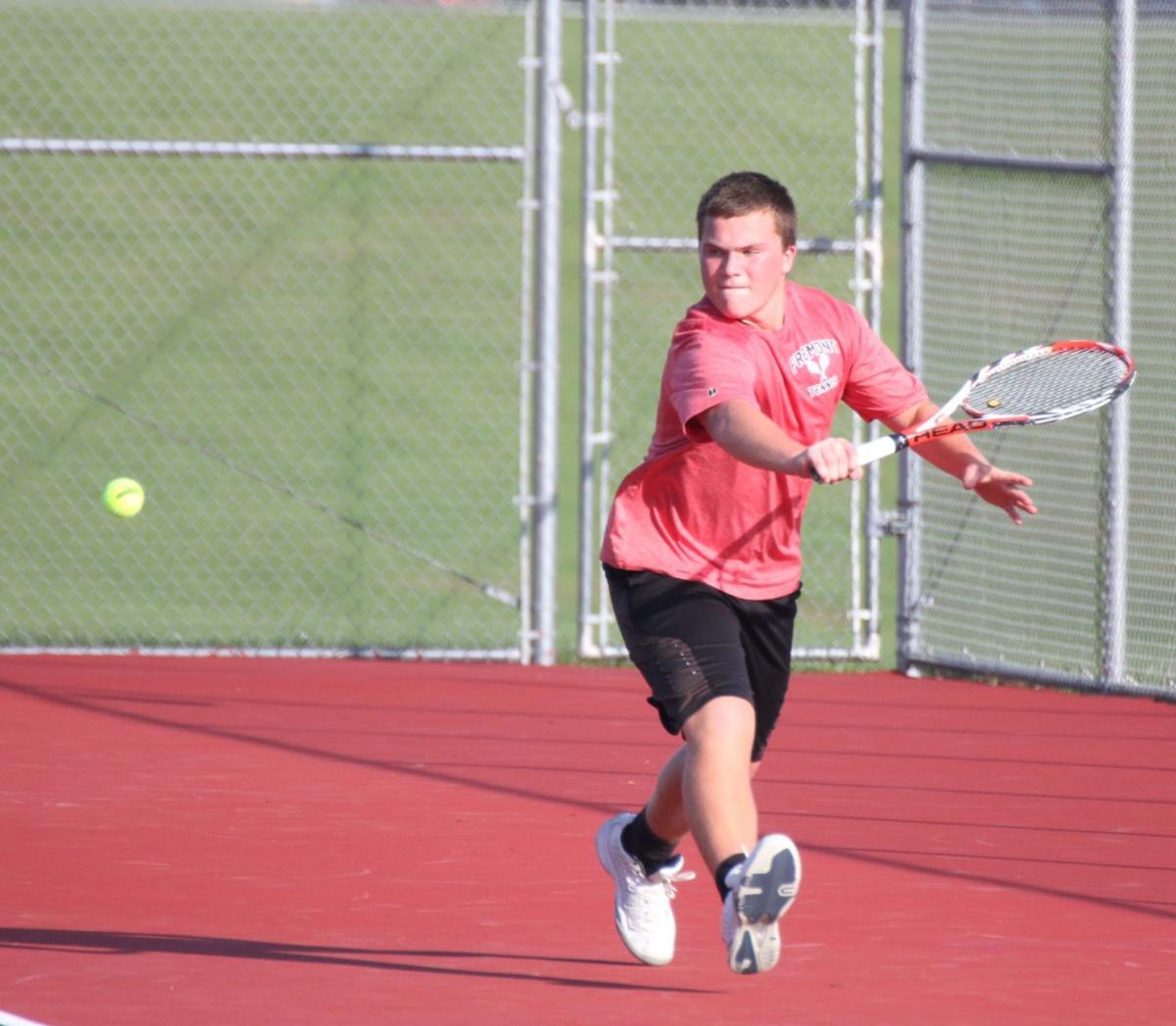 Fremont sophomore Nick Miller lunges to reach an incoming ball during a No. 2 singles semifinal match Monday in the NECC tennis tournament. 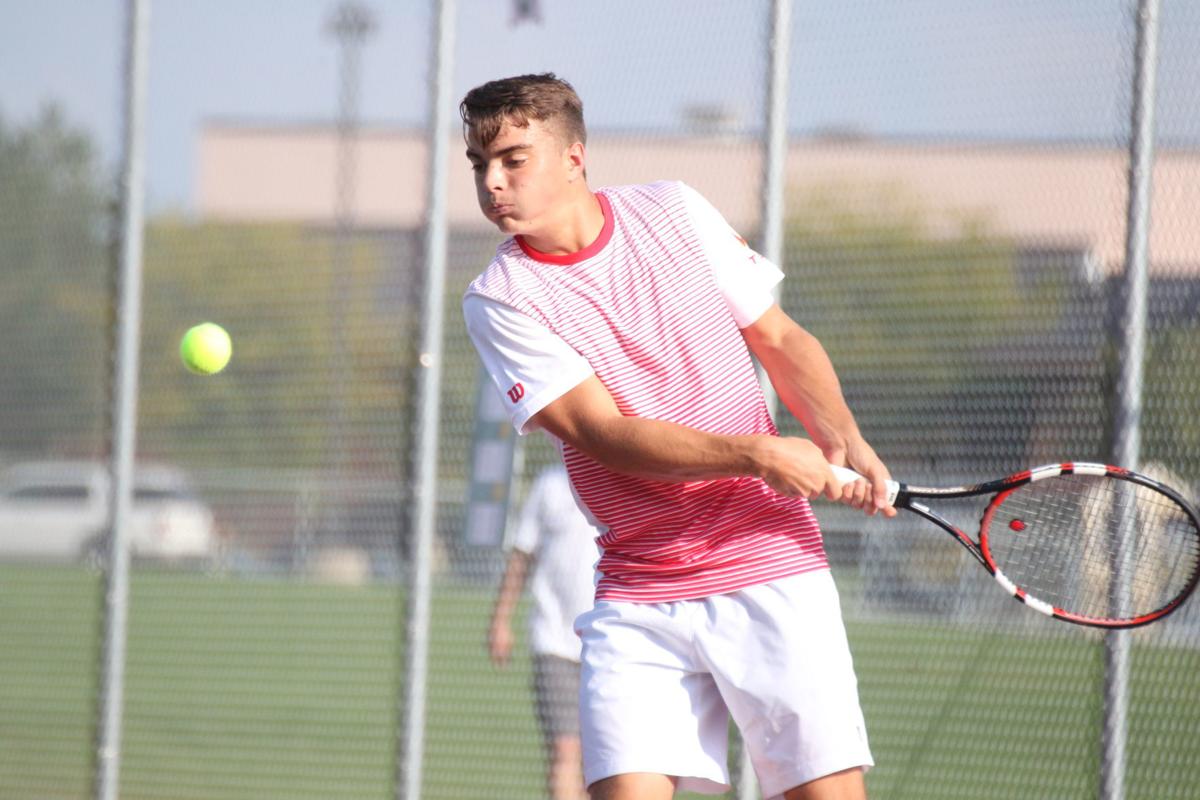 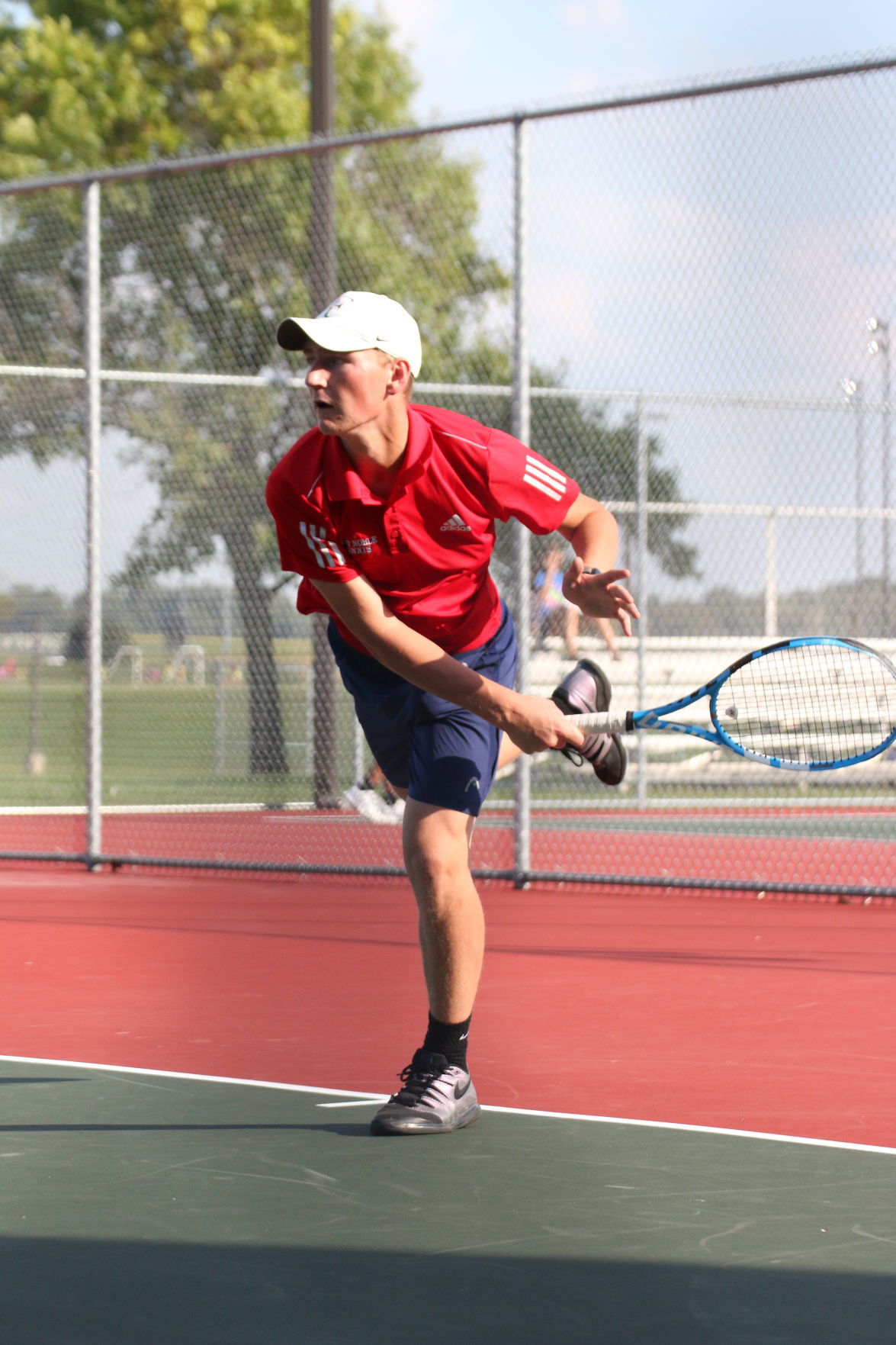 Fremont sophomore Nick Miller lunges to reach an incoming ball during a No. 2 singles semifinal match Monday in the NECC tennis tournament.

ANGOLA — Tournament time is different. At least, that was the consensus amongst the Westview tennis team.

The stages are bigger, the stakes are higher and every point means just a little bit more than it did before.

"We definitely put a little more pressure on ourselves than we do in the regular season," said Warriors junior Brady Hostetler. "If you make a mistake, it can end your season."

While this time of year is, indeed, different, on Monday the results were the same. Westview, the top team in the Northeast Corner Conference throughout the season, ran away with the conference tournament title, scoring 62 points.

"I think it just speaks to the depth of our team and how hard each of us has worked," said Westview junior Will Clark.

As Clark noted, much of this Westview team has played together since middle school, and most of them have worked on the courts all year round. That chemistry, he said, produces not only a tight culture, but ultimately a winning tennis team. It showed at Angola.

The Warriors advanced players into every championship match, winning four of five.

Senior Justin Schwartz captured the No. 2 singles title with a 6-4, 6-2 win over Fairfield's Riley Behles, while Isaiah Hostetler took the No. 3 singles crown in a 6-2, 6-2 victory over Prairie Heights' Logan Nott.

In doubles, the No. 1 tandem of Tim Brandenberger and Elijah Hostetler defeated Fairfield's Isaac Inniger and Lance Martin 3-6, 6-3, 7-5, while the No. 2 team of Brady Hostetler and Clark won their bout 7-6, 6-2 over West Noble's Chris Miller and Nevin Phares.

The only outlier, the No. 1 match, where senior Kurtis Davis fell in a 6-0, 6-1 loss to Chargers standout senior Joel Mast. Mast stormed through the tourney as the one game allowed to Davis was the only blemish on an otherwise perfect night on the scorecard.

Davis dropped his racket in frustration after dropping the match, his second loss to Mast this season. In all, though, the familiarity largely helped with the Warriors' performance on the court, said Schwartz.

"I know in my match, I had already beaten (Fairfield's Behles) before, so I felt confident going in," he said. "I knew how he played, so the familiarity helped. I didn't feel like it was too different."

The tourney win has the Warriors storming into sectional play on a high note. The team gets a day off before beginning postseason action on Wednesday at the East Noble Sectiona; against Lakeland. It's a quick turnaround, but that also isn't necessarily a bad thing.

"I like it that way," said Brady Hostetler. "We played well (at Angola Monday), then we just get to go right into sectional. We are feeling good about it."