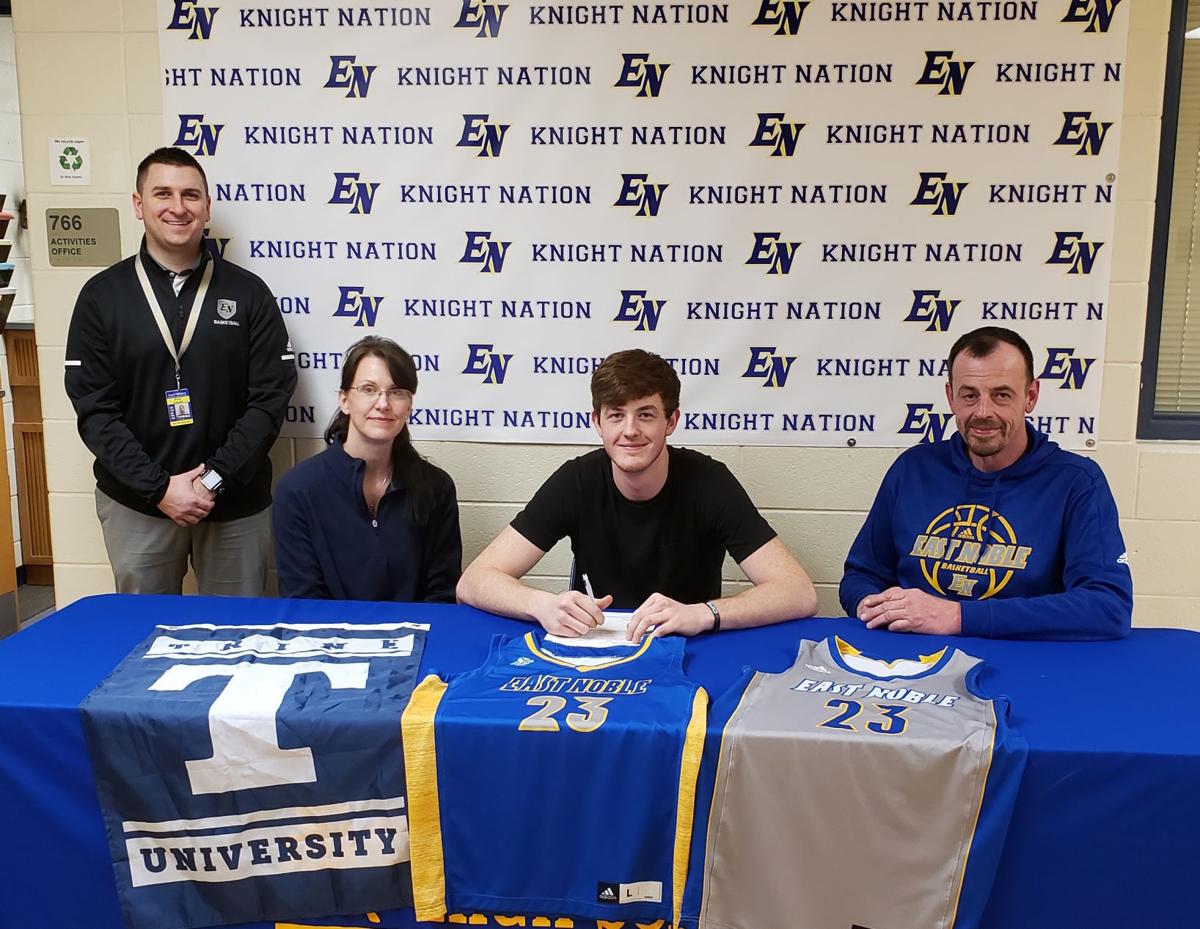 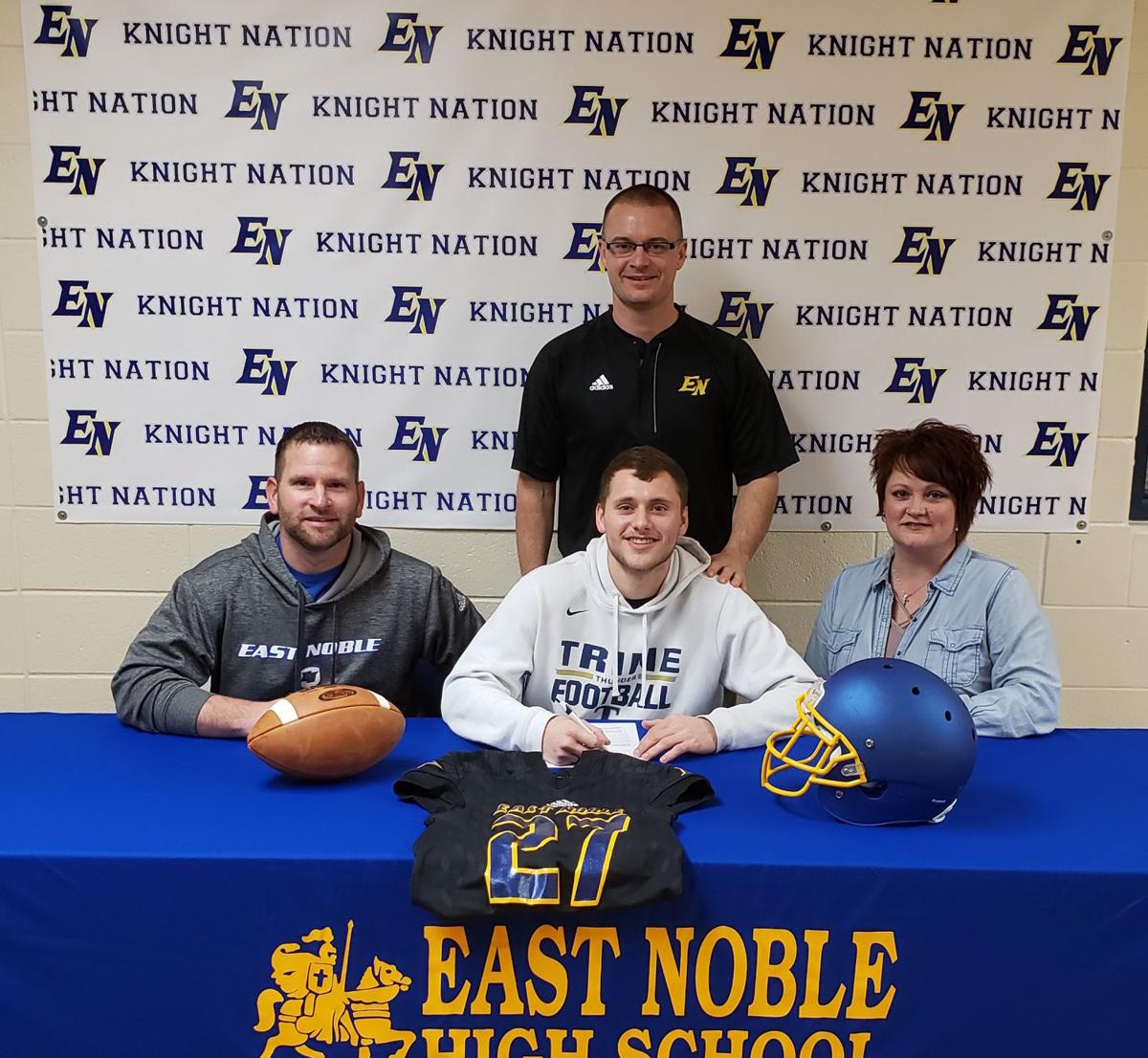 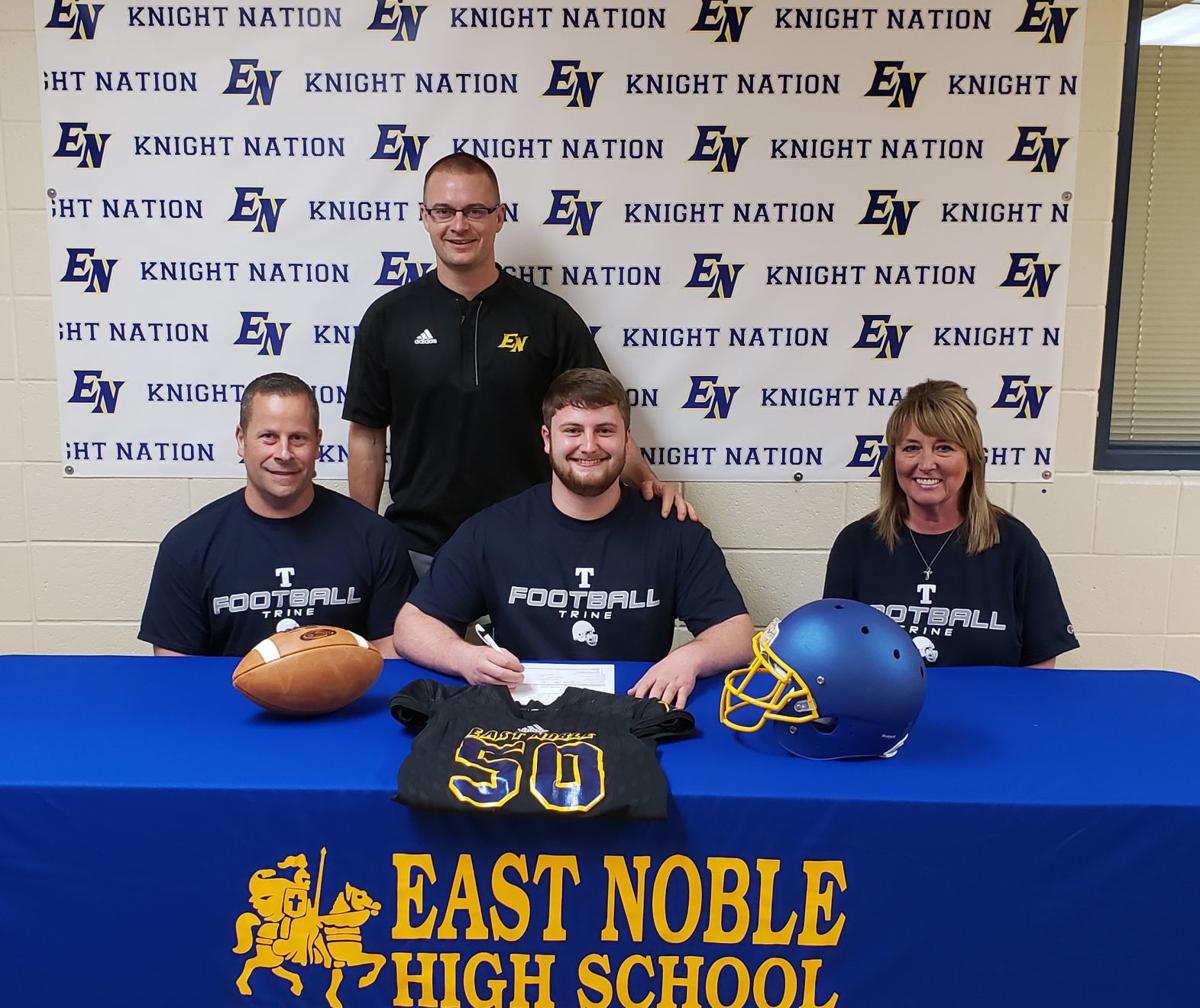 KENDALLVILLE — A couple of the Michigan Intercollegiate Athletic Association champion Trine University athletic teams will have some local talent in the mix after three East Noble High School seniors committed to the Angola college on Wednesday afternoon.

Cox averaged a double-double in leading the EN boys basketball team to a second straight Northeast 8 Conference championship and a Class 4A DeKalb Sectional runner-up finish. He averaged 13.3 points and 10.2 rebounds per game. He shot 54 percent from the field (107-200) and blocked 18 shots.

Cox was not strongly considering any other college to play basketball. He will study business administration at Trine.

“I really like the coaches and the new arena they play in (the MTI Center),” Cox said. “It’s a good fit for me.”

Cox will help fill a need in the frontcourt for the Thunder. Four of the five seniors graduating from this season’s 19-8 teams are big men who range from 6-foot-6 to 6-8, including All-MIAA Second Team selection Myles Copeland and starting center and major rim presence Ellis Cummings.

The 6-6 Cox will look to expand his game for college and add a mid-range jumper to his arsenal.

“They want me to stretch the perimeter,” Cox said. “I just have to work hard and understand their plays.”

The Thunder will also get two solid football players in Harshberger and Mallas.

“For me, my college choice is always education first,” Harshberger said. “Trine has this tradition of excellence. It’s one of the top engineering schools in the country. This ‘We, us, ours’ mindset is something I love. I’m proud to be involved with such a great program.”

Harshberger, who will study mechanical engineering at Trine, wants to help wherever he is needed. But the Thunder coaches told him that will mainly use him as a running back and carry the ball behind a strong offensive line and make things happen with speed after getting past that first level.

Mallas had a great season at defensive tackle at East Noble in his senior year, according to Knights coach Luke Amstutz.

Trine coaches asked Mallas if he wanted to play on offense or defense. Mallas chose defense and will play up front to start. Mallas said playing linebacker could be an option if he develops in that direction.

“Trine was a great fit from the beginning,” Mallas said. “Angola is similar to Kendallville and has a nice hometown feel.

“I consider myself versatile. I love lifting. I think my work ethic will help set me apart from the rest at the college level.”

Mallas is very thankful for what Amstutz, a former Thunder basketball player, has done to shape him as a man and a football player. “I can’t say thank you enough to him,” Mallas said.