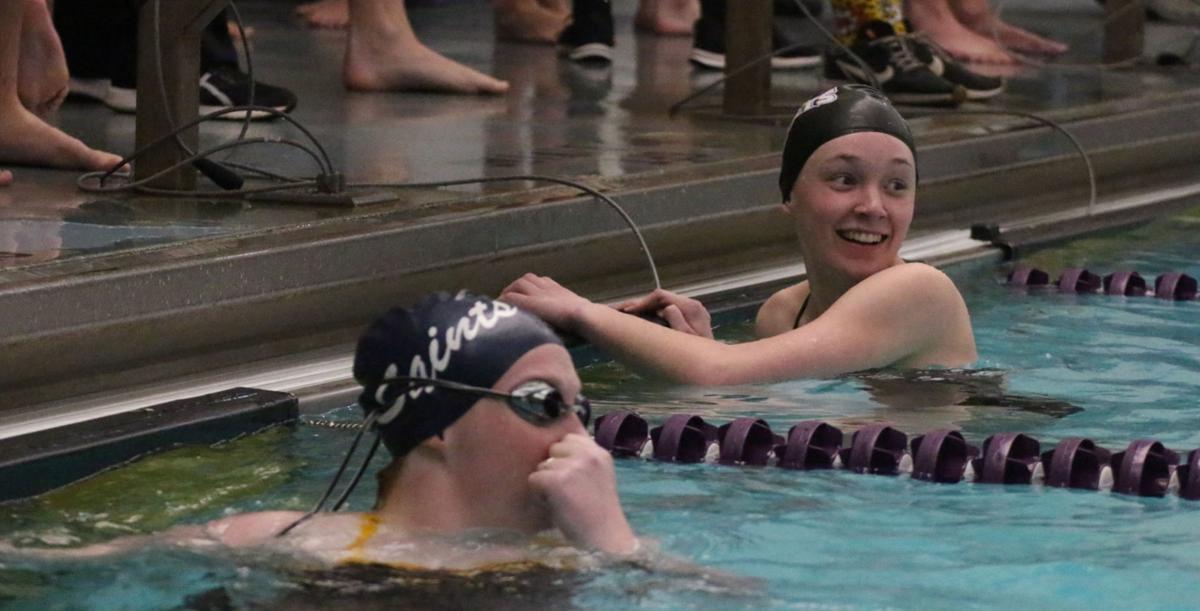 Angola senior Sommer Stultz (right) looks back and smiles toward her coaches after winning the 100-yard breaststroke race during Thursday’s swim meet. 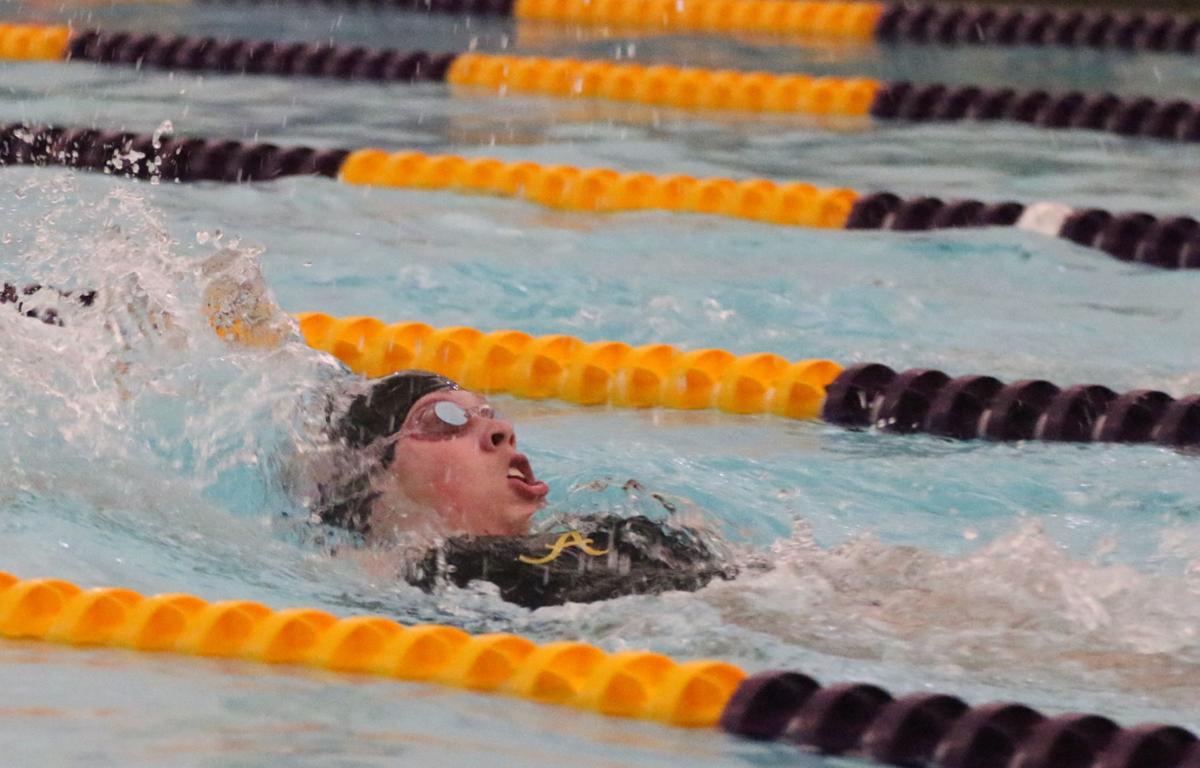 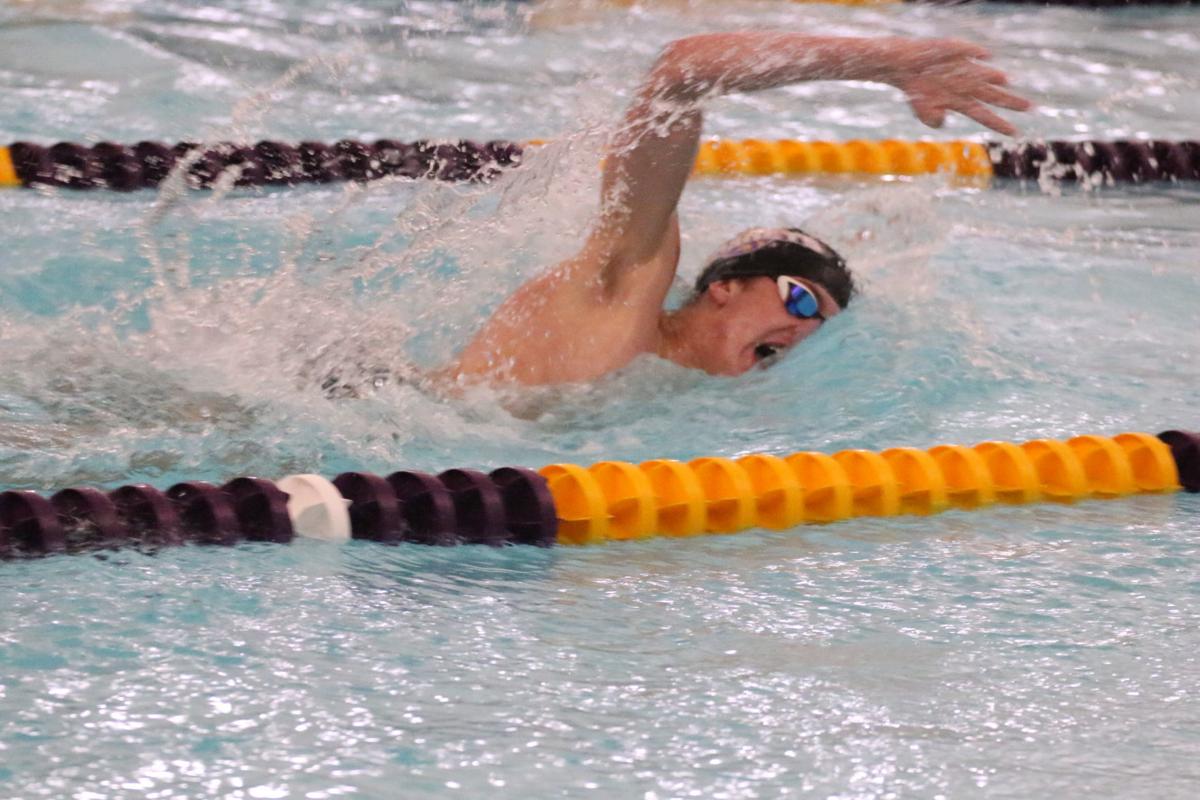 Angola senior Sommer Stultz (right) looks back and smiles toward her coaches after winning the 100-yard breaststroke race during Thursday’s swim meet.

ANGOLA — Brian Miller stood by the side of the pool Thursday night, grasped hands with his girls swimmers and leapt into the water as fans across the way stood and cheered.

The tradition — just a year old itself — is a celebration of an undefeated dual meet season, and this was the second year in a row Miller had taken the plunge. Miller arose from the water soaking wet and cold, but he wouldn’t have it any other way.

“Hopefully we get to do this every year,” he said.

The Hornets have been propelled by a now-senior class each season, which has taken this program to new heights, Miller said.

“They’ve just been instrumental in bringing our program out to the forefront in this area and making sure everyone knows who Angola swimming is,” Miller said. “

Against the Saints, though, it was a pair of juniors which stood out. Angola claimed first place in every girls race against the Saints, paced by two apiece from Audra James and Maddie Toigo. James was first in the 50 and 100-yard freestyle races, with times of 28.15 seconds and 1:11.49, respectively. Toigo claimed top spots in the 100-yard butterfly (1:08.62) and the 100-yard backstroke (1:11.49).

Up now for the Hornets is a trip to the highly-competitive Northridge Sectional. Miller said that, while his team has become a respected fixture in its own area, the field of elites that compete in this sectional present a totally different set of challenges, as well as inspiration for the future.

“I mean, you have Northridge, Concord, Wawasee and all these other schools that are just so good and have these well-established programs. That’s what we want to become,” Miller said.

“In some of these races, if we break the top five then that’s a success. But we definitely feel like we can be competitive and hopefully we can make those teams take recognition of us as well.”

The Angola boys swim team finished the regular season with a 10-3 record after a convincing win over the Saints in what was yet another sign of continued growth by an overwhelmingly young squad, Miller said.

The 10 wins was the most for the Hornets’ boys team during Miller’s six-year tenure as coach.

“All of these guys will be back next year, so the team itself is pretty young,” Miller said. “These guys continue to grow and get better, and I can’t wait to see where they take this team.”

Sorry, there are no recent results for popular images.