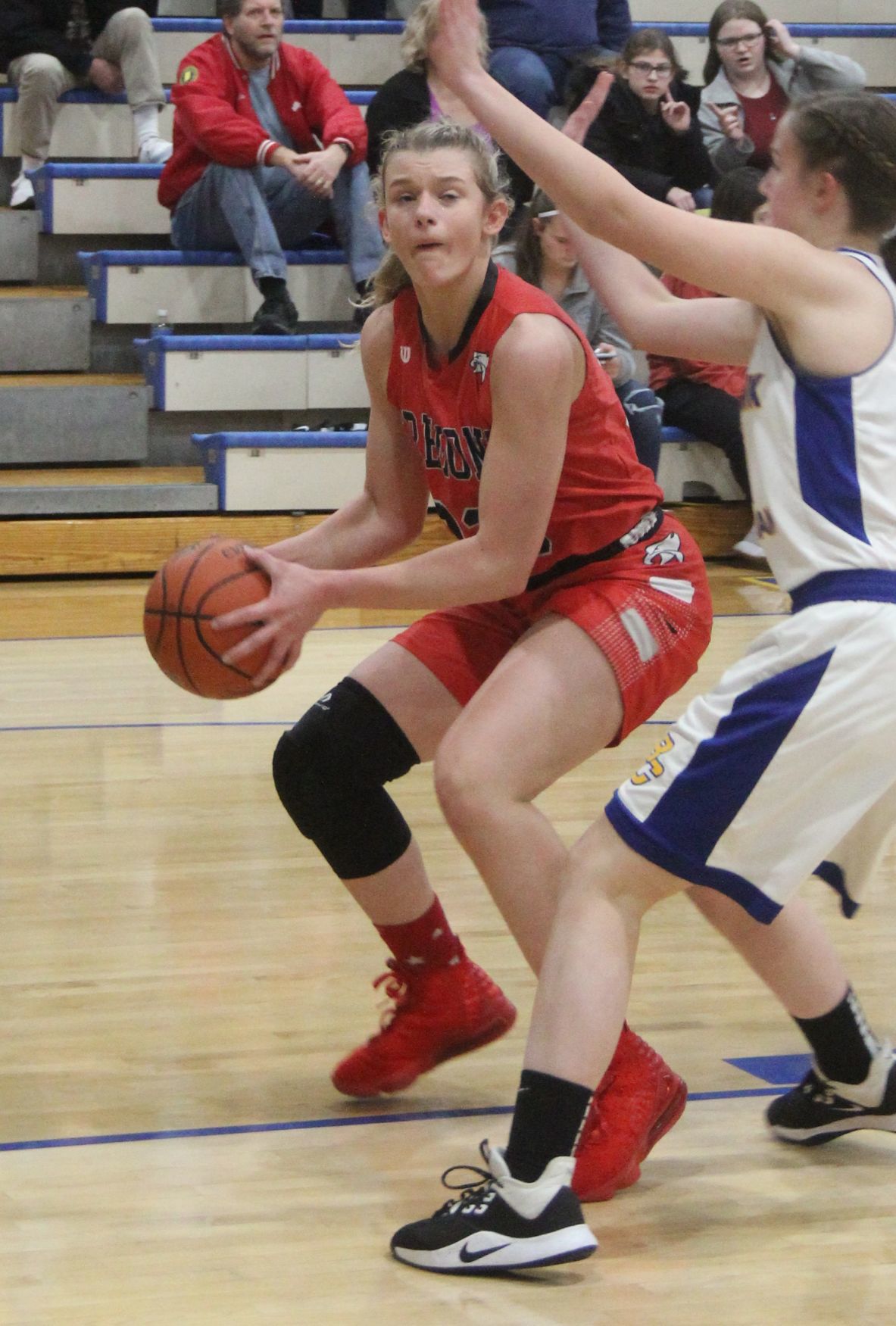 Fremont’s Samantha Kuhn eyes the basket during this first-quarter play against Blackhawk during Class A sectional play in Fort Wayne Friday. The Eagles were eliminated 46-37. 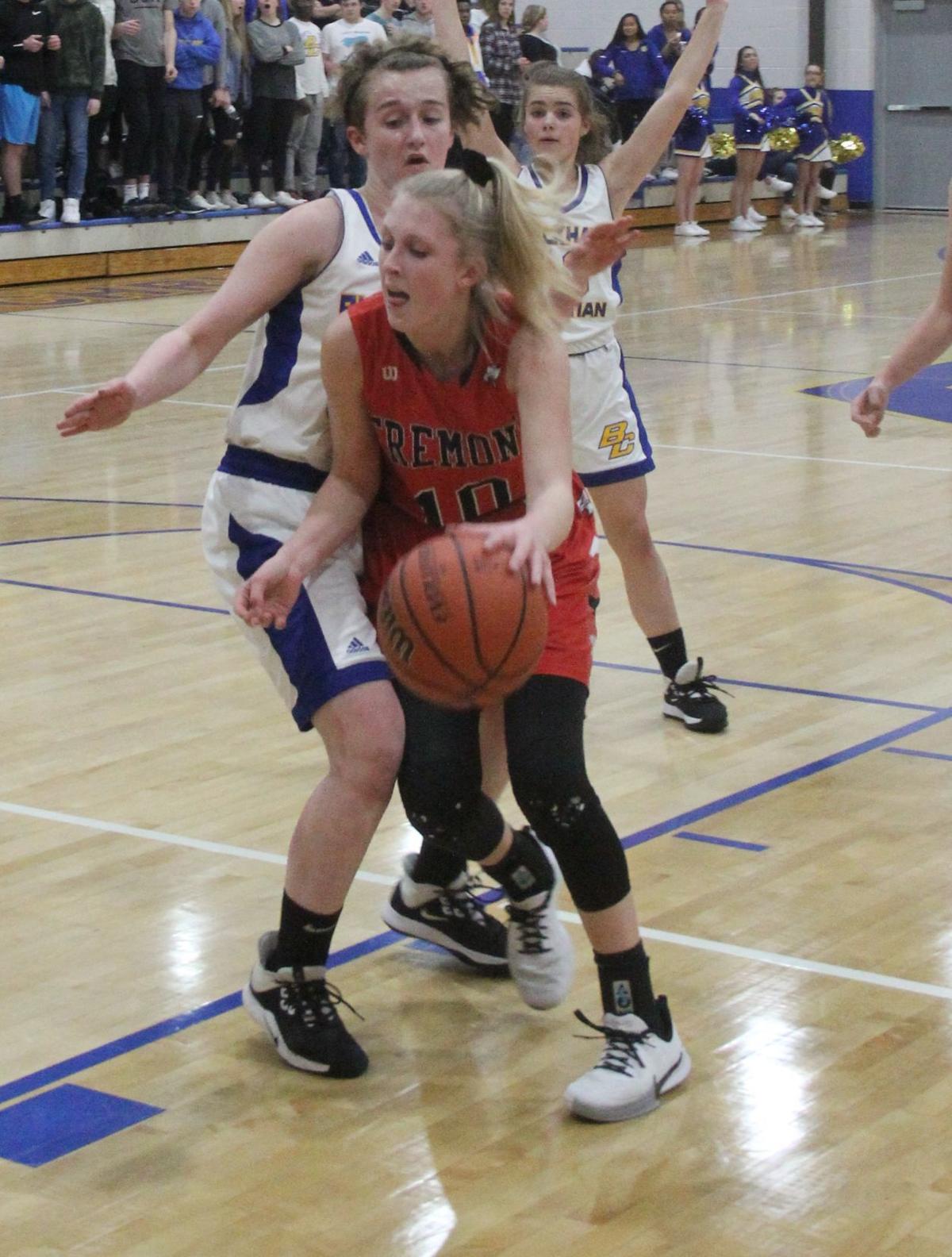 Fremont’s Jada Rhonehouse dribbles around a Blackhawk player during Friday’s game. The Eagles’ season came to an end with a 46-37 loss.

Fremont’s Samantha Kuhn eyes the basket during this first-quarter play against Blackhawk during Class A sectional play in Fort Wayne Friday. The Eagles were eliminated 46-37.

Fremont’s Jada Rhonehouse dribbles around a Blackhawk player during Friday’s game. The Eagles’ season came to an end with a 46-37 loss.

FORT WAYNE — Fremont dug itself an early hole and couldn’t find a way out, losing 46-37 Friday to host Blackhawk in the Class A sectional.

It was the final game for seven Fremont seniors.

The Braves led from start to finish, jumping ahead 5-0 on two scores from Sammie Miller and an Aubree VanderDussen free throw. Hailee Kline’s bucket after a Fremont turnover resulted in a 9-2 lead after eight minutes.

Fremont’s only points of the quarter came on single free throws from Jada Rhonehouse and Maddie Beeman.

The Eagles’ first field goal came when Sydney Applegate scored in the paint with 7 minutes, 17 seconds remaining in the second. Later, Applegate hit a shot from the lane, but Kline scored late in the half for a 16-10 lead.

Fremont committed 11 turnovers in the first half, while Blackhawk had seven turnovers.

After two VanderDussen free throws, Fremont’s Guthrie hit a three from the left corner, trimming the deficit to 20-15 with 6:35 left in the third.

Miller’s jumper in the lane put Blackhawk on top by double figures, 27-17, with 3:15 remaining. The Braves led by nine with eight minutes to play.

Guthrie gave Fremont a chance late when she hit a three from the right wing with two minutes to go. When Blackhawk turned the ball over, she scored inside to cut the margin to just five points.

Kline, who led Blackhawk with 15 points, answered with a layup. After a Fremont miss, Lydia Stayton sank a pair of free throws with 58.2 seconds to play, extending the lead to 46-37.

Miller and VanderDussen had nine points each for the Braves.