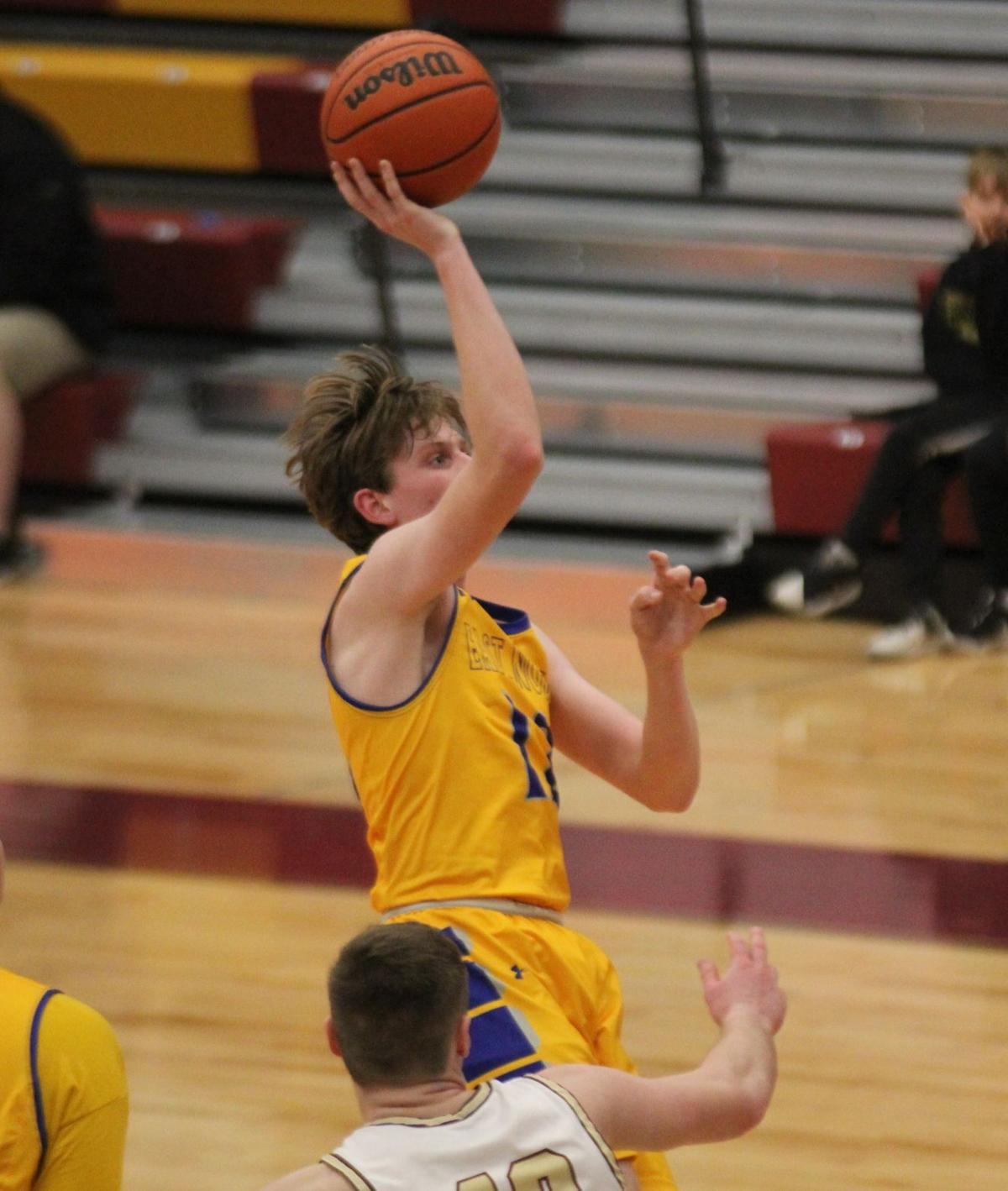 East Noble’s Avery Kline puts up a floater during the second half of Thursday’s game at Columbia City. 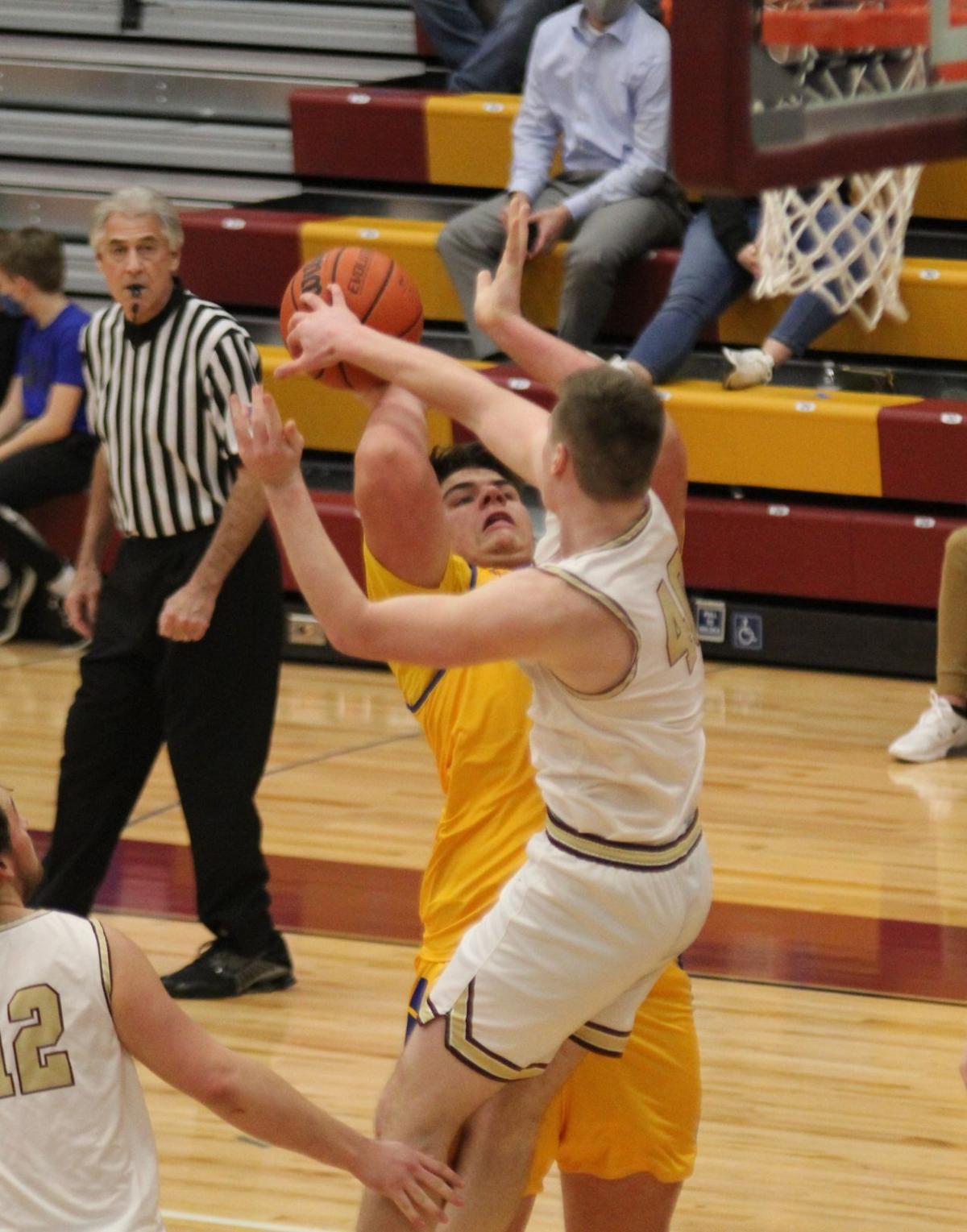 East Noble’s Chris Hood has his shot blocked by Columbia City’s Greg Bolt during the fourth quarter of Thursday’s game in Columbia City.

East Noble’s Avery Kline puts up a floater during the second half of Thursday’s game at Columbia City.

East Noble’s Chris Hood has his shot blocked by Columbia City’s Greg Bolt during the fourth quarter of Thursday’s game in Columbia City.

COLUMBIA CITY — In a game where both teams struggled to find the bottom of the net, Columbia City was able to hit timely shots in the fourth quarter to pull out a 39-31 win over East Noble Thursday night.

The Knights finished their regular season with a 8-14 record and went winless, 0-7, in the Northeast 8 Conference. The last time East Noble finished with zero conference wins in a season was the 2013-14 season.

“I thought we had a majority of our guys who really competed tonight,” East Noble coach Ryan Eakins said. “We defended pretty well, collectively for a majority of the game.”

The Knights did hold the Eagles’ leading scorer Andrew Hedrick to eight points, including just one field goal that came in the fourth quarter. Columbia City’s other scoring threat Mason Baker was also held in check with three points.

It was the same story for East Noble and its two leading scorers, Braeden Ball and Chris Hood. The two combined for eight points. Keegan Foster finished with a game-high 14 points to lead the Knights.

“Two things. One, if your leading scorers don’t play well, especially for us, we’re going to have trouble scoring. Then, I told the guys in there I think with us having one senior, that’s a game where if we have a really, hard-working offseason, where we get better with our offensive skills, that’s a game we win next year,” Eakins said.

Columbia City (9-12, 2-5 NE8) jumped out to an early 8-2 lead after a corner three from Baker. Foster hit his first three-pointer to cut the lead to 8-5 to end the first quarter.

The Knights were able to string some points together for a 7-0 run that ended with another three from Foster and a 12-11 lead.

The two teams traded the lead six times in the final four minutes of the first half, and it was Seth Mills, who was doing the damage for the Eagles. He hit two shots from long distance to retake the lead each time, including the one to give the home team a 19-17 advantage at the break. Mills finished with 13 points.

Mills cooled off from outside in the second half, but his teammate Elias Spellman picked up the slack, knocking down three triples in the final 16 minutes. He ended up with 11 points.

Spellman’s second three gave Columbia City an eight-lead before Hood converted a three-point play with less than a minute in the third quarter to trim the lead to four.

The Knights got as close as three after a triple from Foster off a kick-out pass from Hood, but Hedrick, Spellman and Mills all scored at least one more time to push the lead up to double digits.

One final three-pointer from Foster completed the final score.

East Noble has a week until its next game, which is in the semifinals of the Class 4A sectional on its home floor next Friday. The Knights face the winner of Snider-DeKalb, which will be played on Tuesday at East Noble.