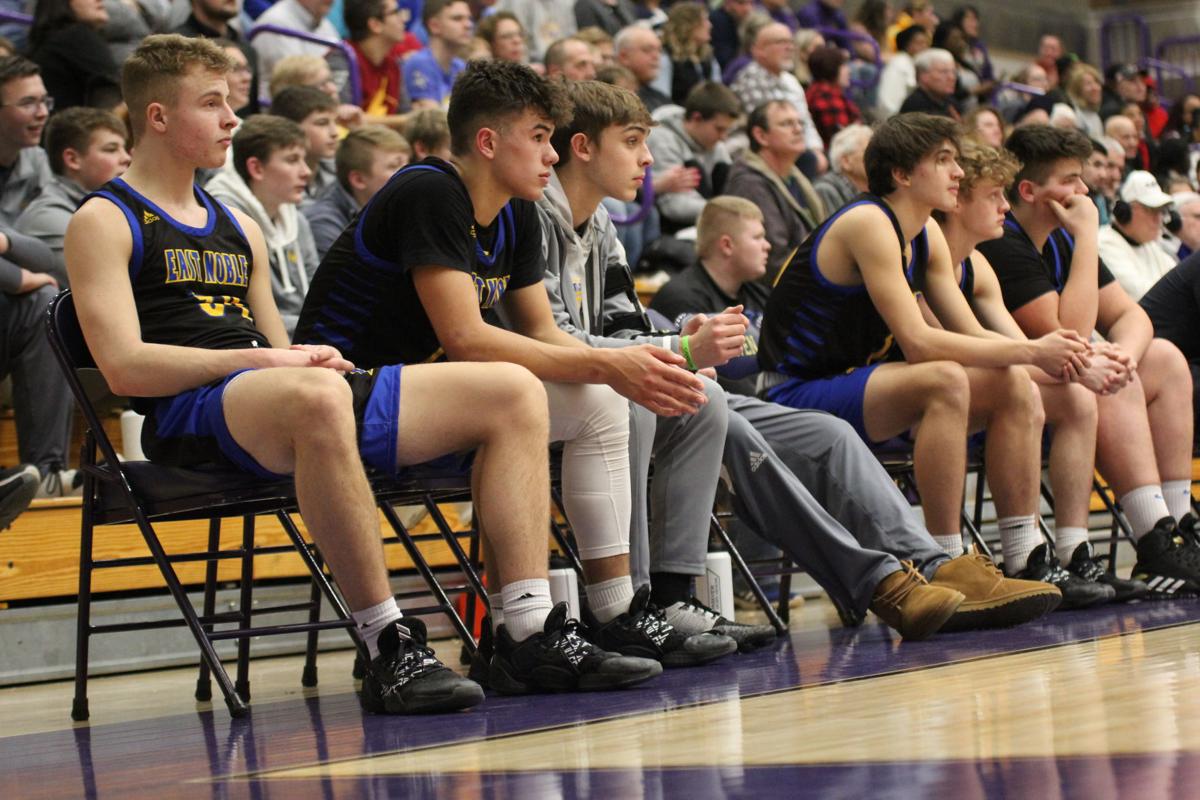 East Noble's bench is filled with frustrated players near the end of Friday's loss at New Haven. 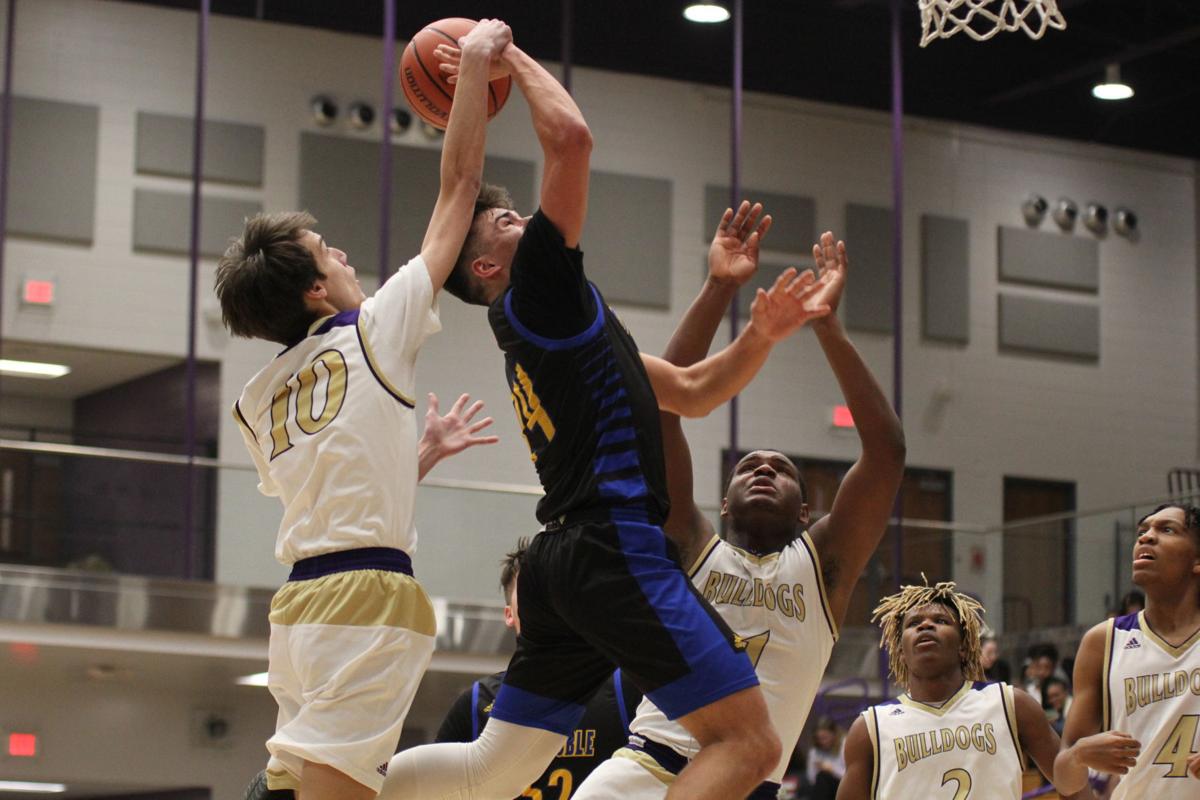 East Noble’s Hayden Jones, center, has his shot knocked away during the second half against New Haven on Friday. 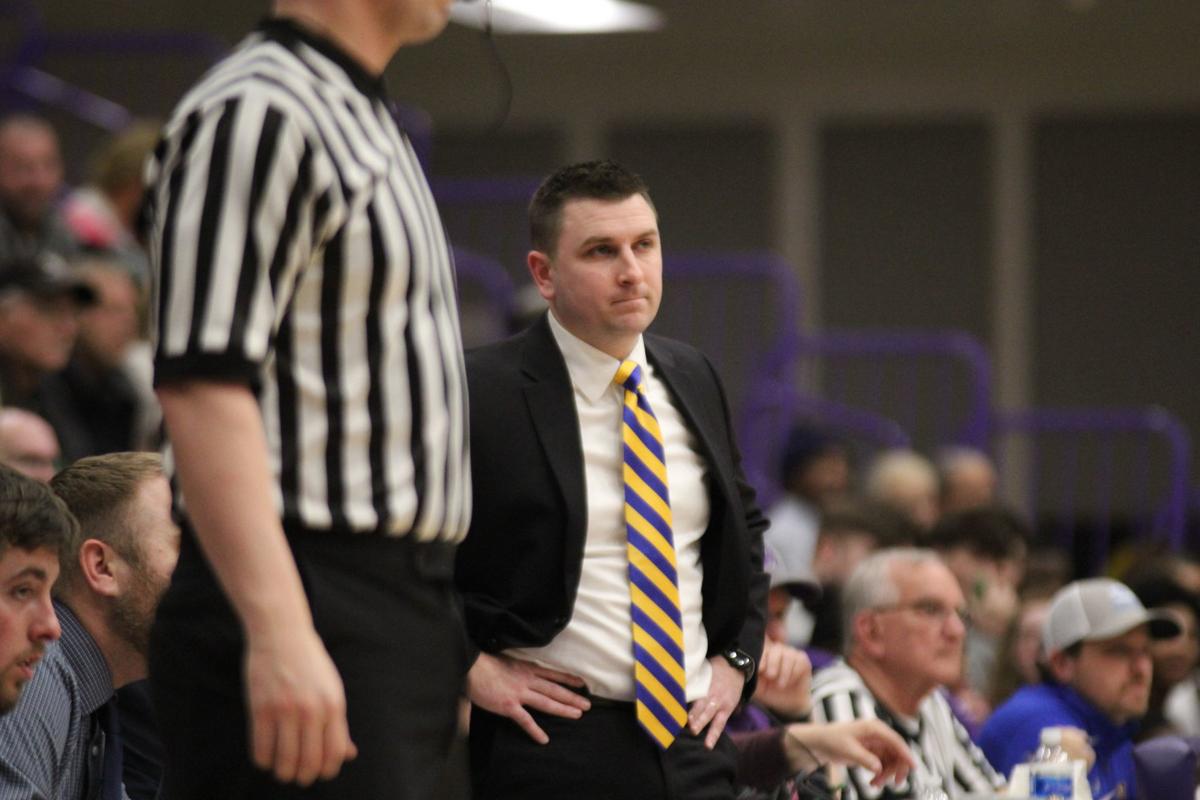 East Noble coach Ryan Eakins was visibly frustrated on the sidelines during his team’s loss at New Haven on Friday.

East Noble's bench is filled with frustrated players near the end of Friday's loss at New Haven.

East Noble’s Hayden Jones, center, has his shot knocked away during the second half against New Haven on Friday.

East Noble coach Ryan Eakins was visibly frustrated on the sidelines during his team’s loss at New Haven on Friday.

NEW HAVEN — East Noble had a game plan of how to beat New Haven on Friday night, but according to head coach Ryan Eakins, that plan was not followed and resulted in a 73-52 win for the Bulldogs.

“We wanted to make this a half-court game, we took quick shots,” Eakins said. “We talked about the fact that we thought their best offense was offensive rebounds, and we didn’t box out. We didn’t do the things that we knew we needed to do to be successful.”

Chris Hood, who finished with 15 points, led East Noble. Nate Dickson, who missed the first half due to “internal issues,” scored 12 points in the last 12 minutes of the game. The Knights’ leading scorer Hayden Jones was limited to six points and didn’t get his first shot to fall until the 6:39 mark in the third quarter, when New Haven was already up by 18 points. Jones dished out six assists as well.

East Noble jumped out to an early 9-7 lead after a couple of scores from Hood and a three-pointer from Luke McCue.

Then, the Bulldogs’ full-court press sped up East Noble’s offense, resulting in quick shots and turnovers. New Haven took the lead for good after back-to-back threes from Lewis and Ja’kar Williams. It finished the quarter on a 13-4 run for a seven-point lead.

The lead quickly grew to double digits after a 10-0 run that spanned four minutes and saw eight of the 10 points scored either off of a steal or after an offensive rebound.

“Sometimes when you’re dealing with teenage boys sometimes they don’t always necessarily understand the need at the specific moment for the things that we’re trying to get across to them. I think tonight was one of those nights,” Eakins said. “I don’t think we were ready to match their level of play.”

Hood ended the run with a layup, then Ernsberger followed up with an offensive putback to make it 32-19 before halftime.

The story was much of the same in the second half, and the frustration drew with hands on hips and chairs on the bench being smacked.

The Knights have an opportunity at home tonight against Bishop Dwenger to fix their mistakes and not let things fester before Tuesday night at Bellmont.

“Hopefully, we make the conscious decision and effort collectively as a group to right the ship before (tonight),” Eakins said. “We need better effort mentally and physically. We need a group of guys that buy in to the things that are going to make us successful.”